A Century-Old Streetcar Depot in Amsterdam is Reborn as a Hip Restaurant
In Amsterdam-West, Kanarie Club pays tribute to its past life as a depot for repairing streetcars. 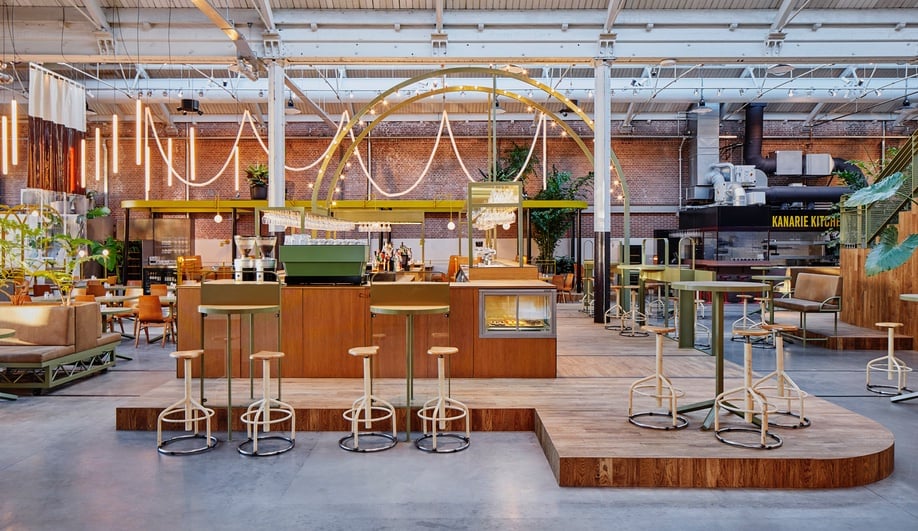 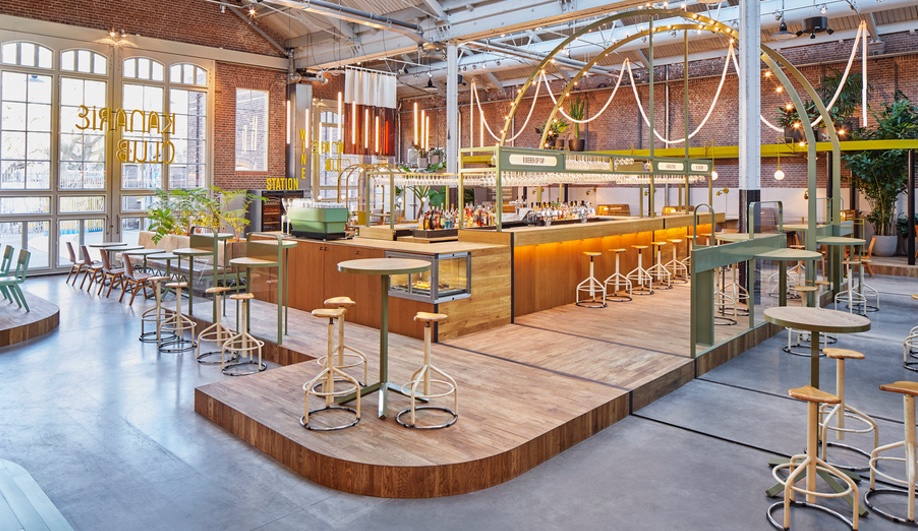 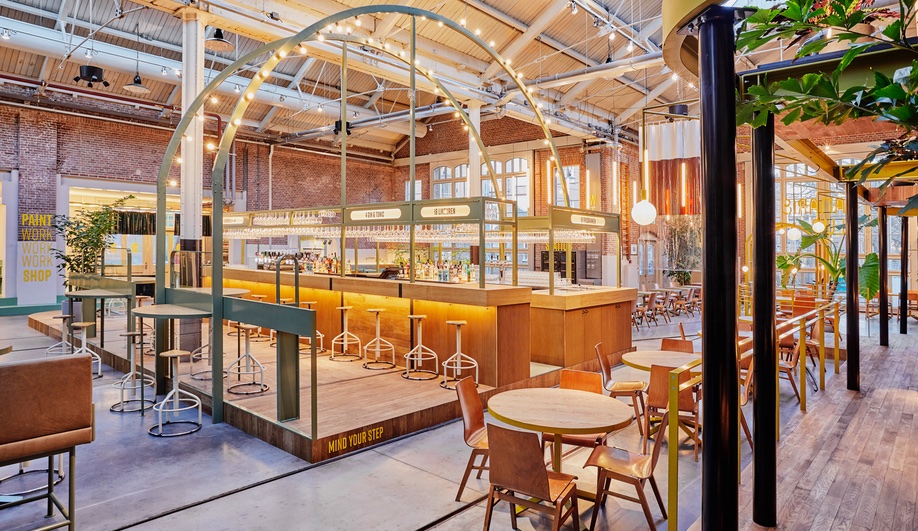 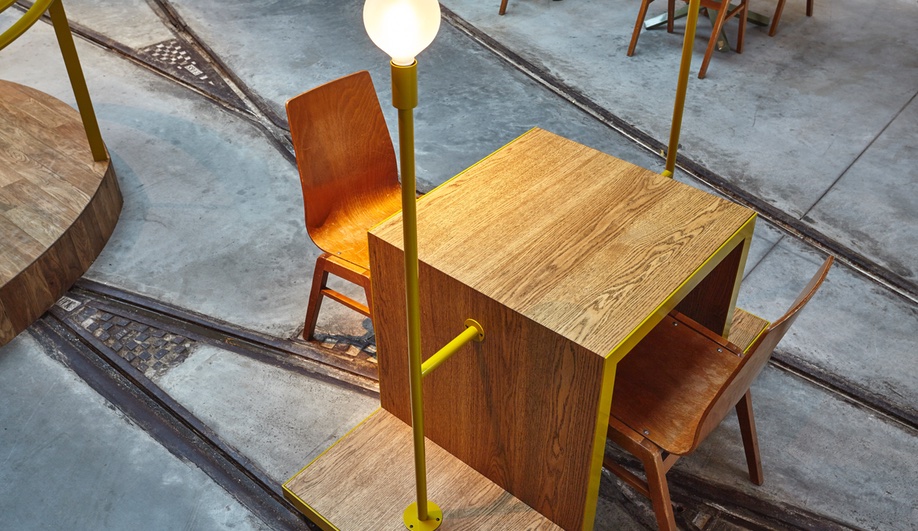 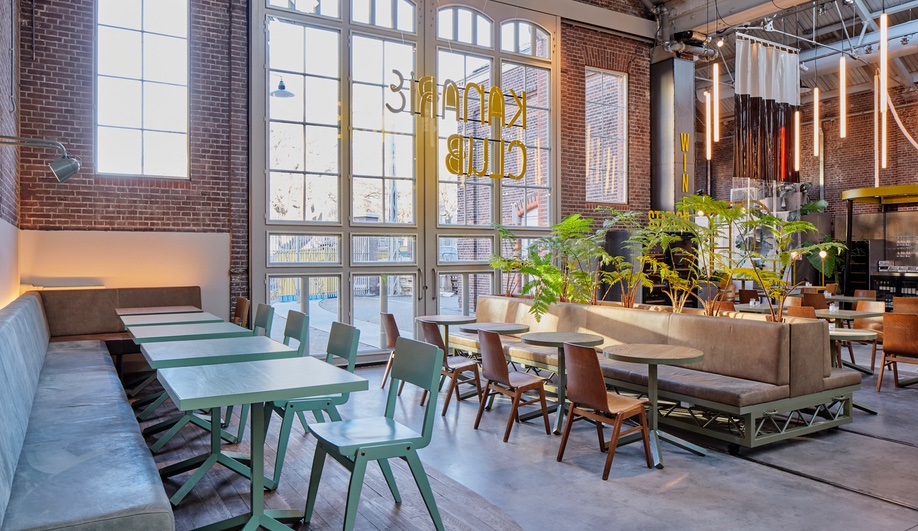 The rails appear to guide entire banks of benches. 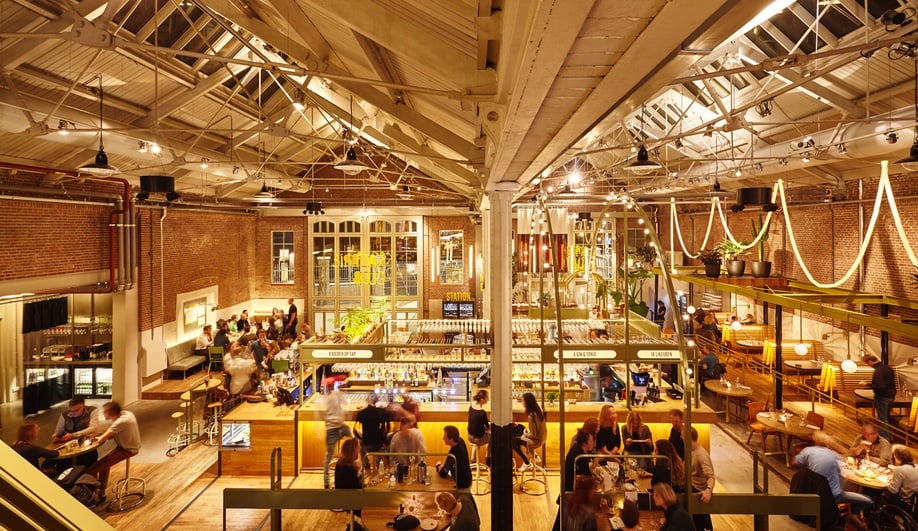 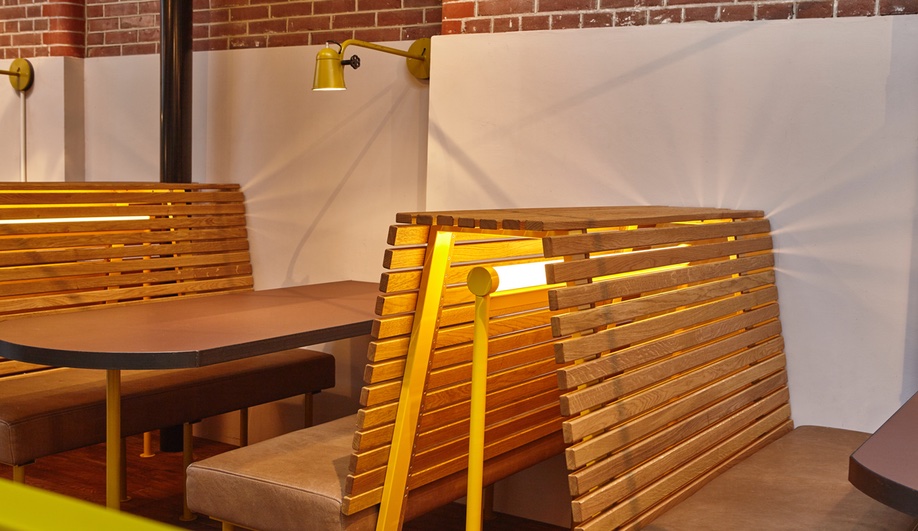 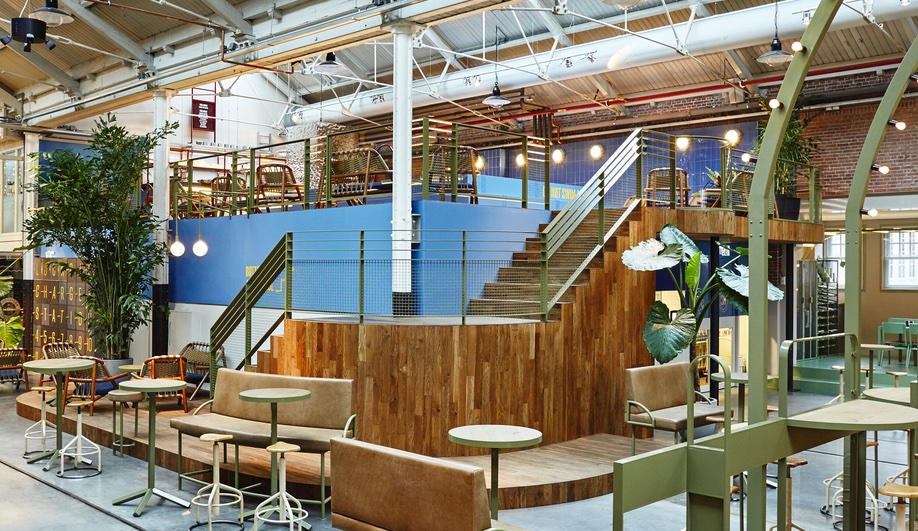 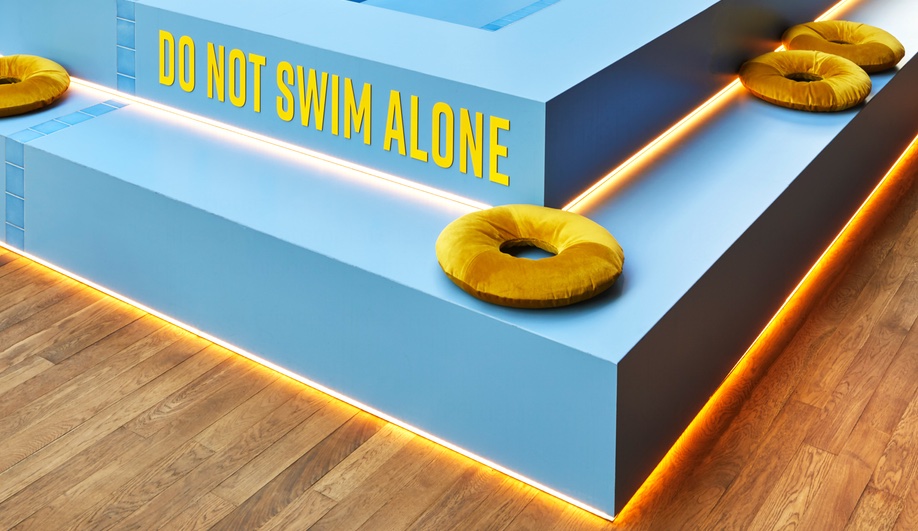 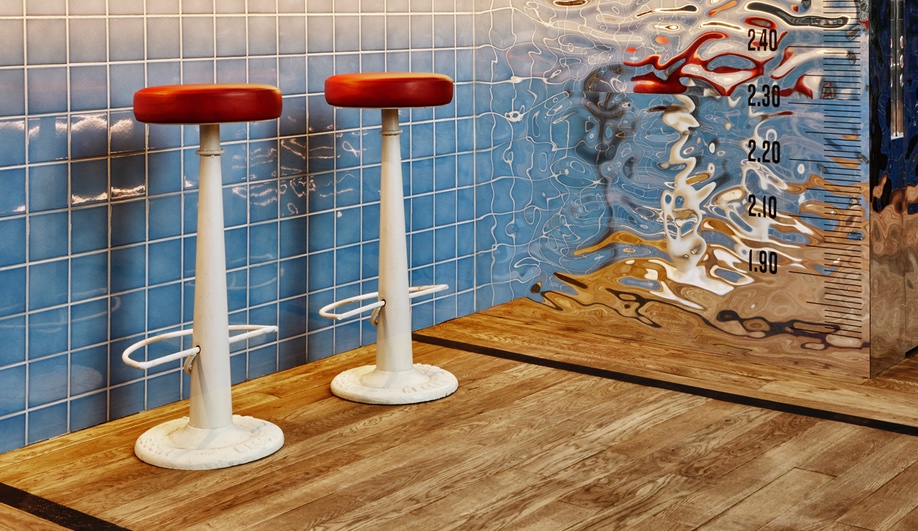 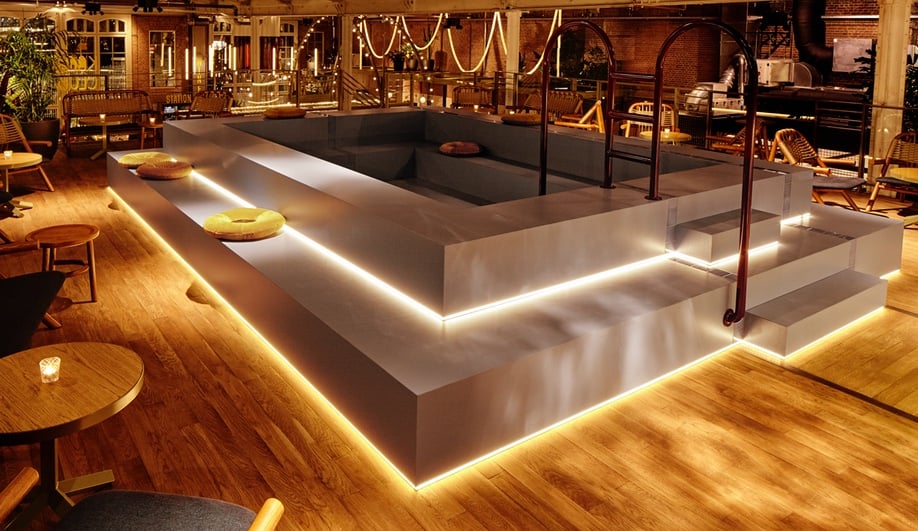 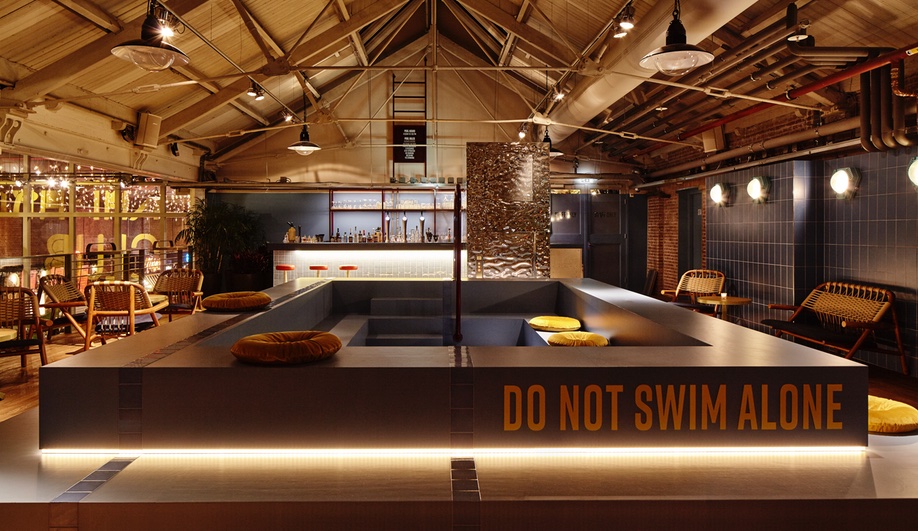 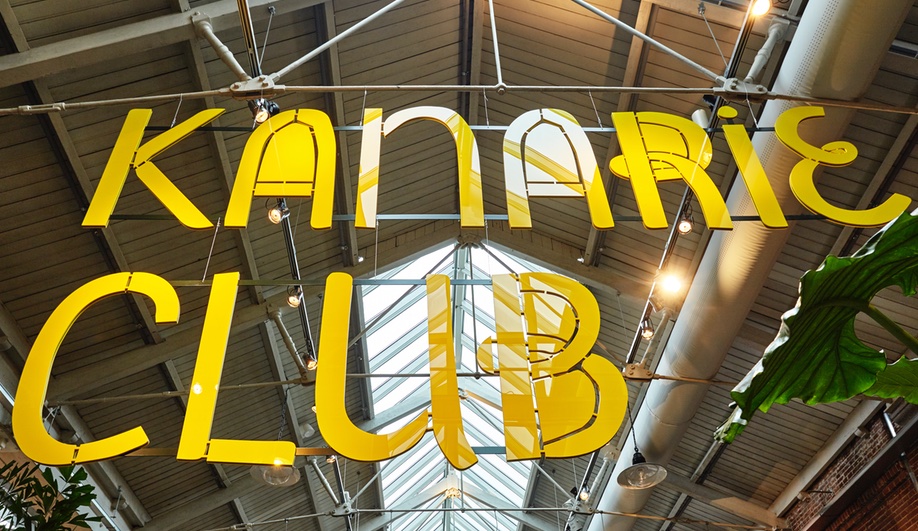 Dating back to 1902, the building is an archetype of the city’s industrial heritage. The challenge, therefore, was to integrate that history in a new interior that felt fresh and not derivative. Studio Modijefsky rose to the occasion, using the original streetcar rails to articulate the vast, 699-square-metre space.

The central bar’s illuminated arch is made of reclaimed tram tracks that were found inside the depot.

The firm clearly had fun incorporating both original building elements and streetcar motifs. Rails have not only been conspicuously preserved, but reappear unexpectedly, snaking up and over the bar to form a pair of arches, for instance, or in a handrail that descends into a mezzanine swimming-pool-turned-sitting area.

Echoes of tracks are virtually everywhere. Stacked metal handrails bend around the dining areas, while arcs of light repeat the movement overhead. In one corner, an end-to-end ceiling lighting system gives a strong nod to railroad ties.

Part resto-bar, part workspace, the hall features a charging point with lockers for visitors to securely power up their mobile devices. A large communal worktable, washed in turquoise and with embedded USB ports, is introduced by a column emblazoned with a punchy yellow reminder to work work work.

Above the kitchen, the warehouse’s mezzanine level features the Pool Bar that, sans water, serves as a playful seating area. Plush pillows shaped like lifesavers and a nearby metallic column, texturized with a wavy finish, take the experience in a more nautical direction.

Studio Modijefsky devised this area as a reference to the squatters who occupied the depot when it was abandoned. Collecting leaking water from the ceiling, the unofficial tenants managed to furnish their home with an indoor swimming pool. As head designer Esther Stam tells Azure, “This was in the period where squatters were active in the city and were moving into a lot of buildings that were out of use, giving new functions to these places and starting social activities.”

With Kanarie Club, the firm has succeeded in reimagining a raw and industrial space as a fun, playful environment. All metal and electricity, arcs and lines, Kanarie Club cleverly alludes to its past while providing a visually stimulating experience for patrons – a great achievement for such a small bird.

SHARE
Twitter, Facebook, LinkedIn, Pinterest, Email
TAGS
Restaurant,
AZURE is an independent magazine working to bring you the best in design, architecture and interiors. We rely on advertising revenue to support the creative content on our site. Please consider whitelisting our site in your settings, or pausing your adblocker while stopping by.