A Spotlight on Kashef Chowdhury’s Architecture
Opening this weekend in Berlin, an exhibition on the work of Urbana co-founder Kashef Chowdhury celebrates an architectural vision that responds to climate change, mass migration and the socioeconomic conditions of Bangladesh. 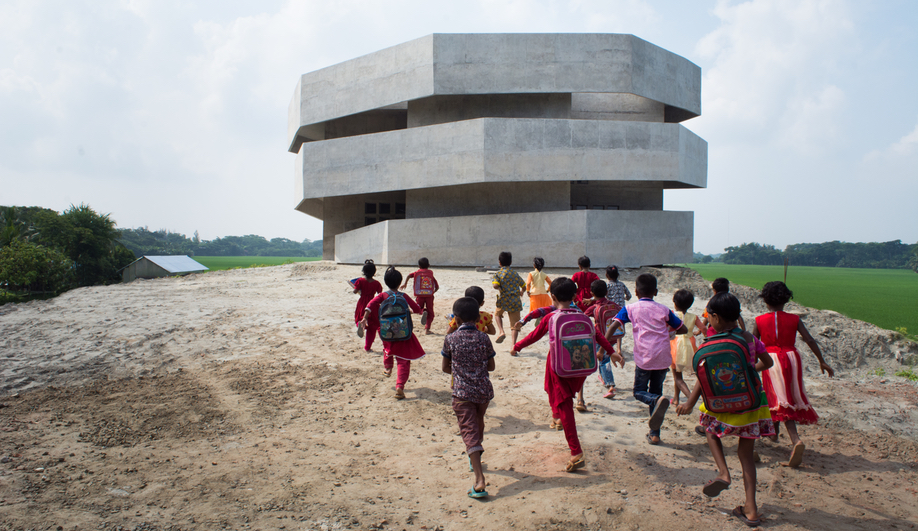 Unlike most working architects, Kashef Chowdhury’s website is barren: there’s contact information, a short bio, and not much else. That’s because the Bangladeshi architect, who founded the design firm Urbana (with Marina Tabassum, who left to establish her own studio in 2005) famously believes that architecture must be experienced in person. To him, buildings respond to their surroundings, their users, and their socio-economic context. So, no, visitors won’t find much of Chowdhury’s work on his website. But from January 26 to March 6, his oeuvre will be the subject of Faraway So Close at Berlin’s Aedes Architectural Forum, which, though plans, models, photographs and film, will celebrate more than a dozen of Urbana’s buildings in Bangladesh.

Curated by Niklaus Graber and Andreas Ruby – who helmed an exhibit about Bangladesh’s architecture for Basel’s Swiss Architecture Museum last year – Faraway So Close argues that Chowdhury’s work, while local by design, will have global importance. And that goes beyond his poetic, unabashedly contemporary aesthetic: his architecture responds to the climactic conditions of Bangladesh and its hyper-dense cities. As climate change increasingly redraws the geopolitical map – and as cities continue to swell – Chowdhury’s work will only increase in relevance. 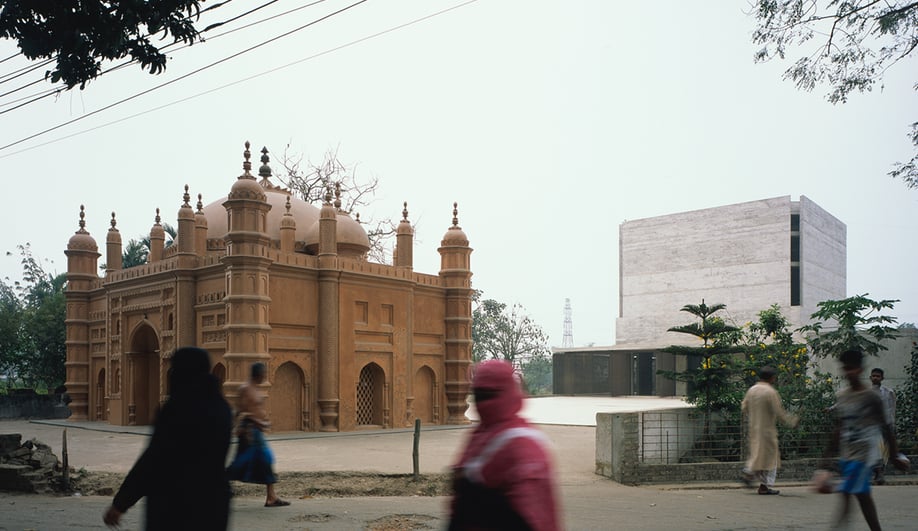 While Bangladesh’s biggest cities, Dhaka and Chittagong, are experiencing a boom in population, three quarters of the nation’s 165 million people still live in rural areas. So Chowdhury’s work doesn’t focus exclusively on urban design: he has designed settlements, cultural buildings and hospitals in rural areas, aiming to make them better places to live and – crucially – to stay. “The architect,” the curators state, “is keenly aware that only serious improvement of rural living conditions can halt the seemingly unstoppable flow of rural emigration, and with it, the collapse of urban regions.” 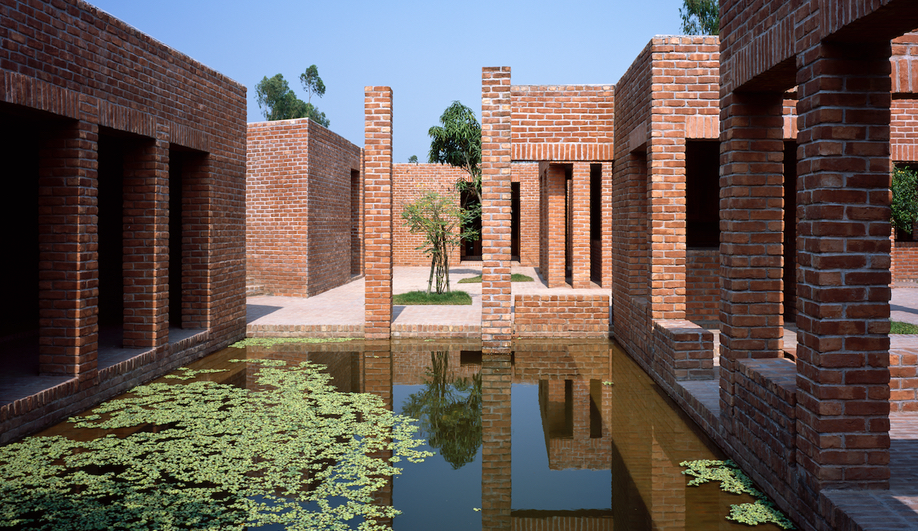 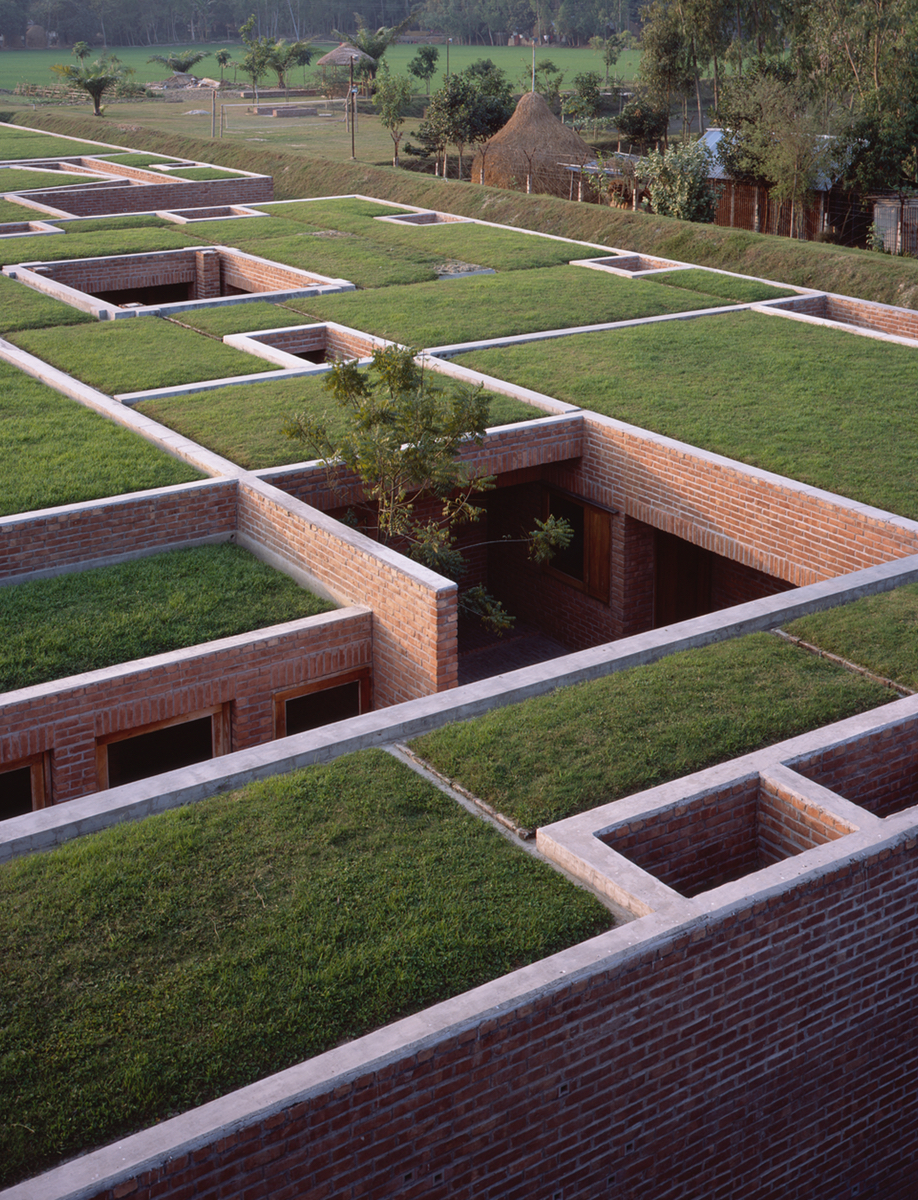 This is difficult terrain. Bangladesh’s river delta is prone to cyclones, floods and rising sea levels – conditions which are evident in the projects featured in Faraway So Close. For instance, the Aga Khan-awarded Friendship Centre in Gaibandha (pictured above) is located in an erosion- and earthquake-prone zone on the Brahmaputra River and serves some of the world’s poorest people. Built on silty, low-lying land, it features internal rainwater collection pools, green roofs and plentiful courtyards for passive ventilation. After collection, water is earmarked for cooling, irrigation and even a fishing pond. 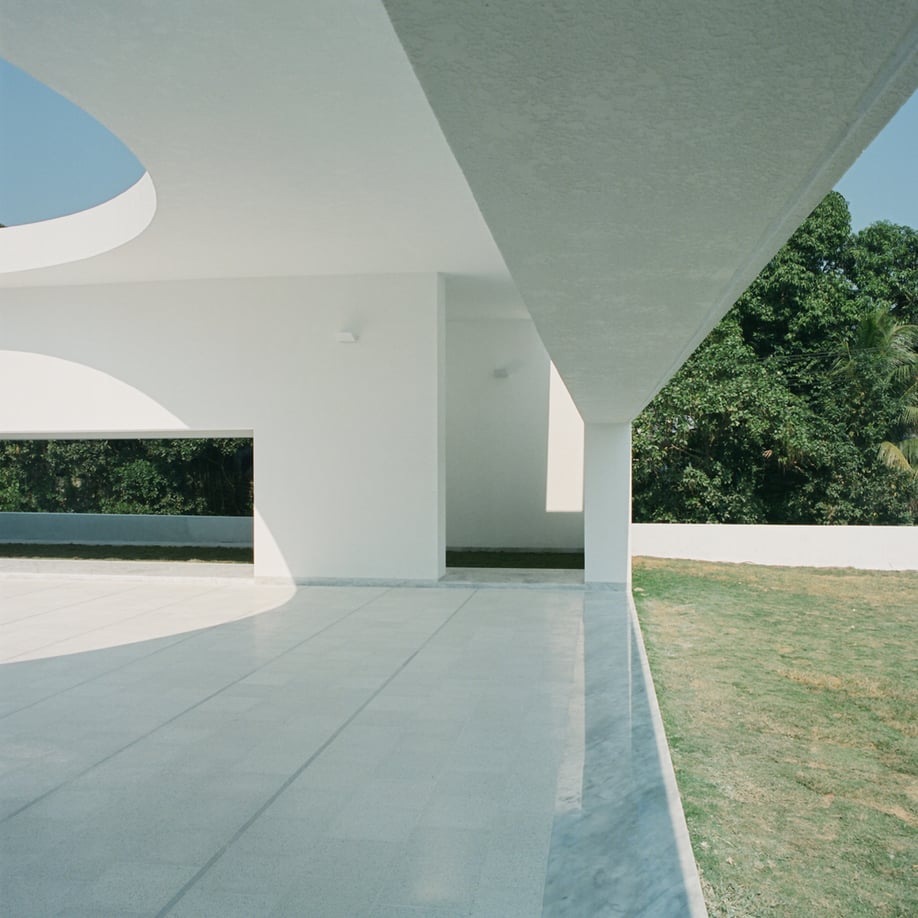 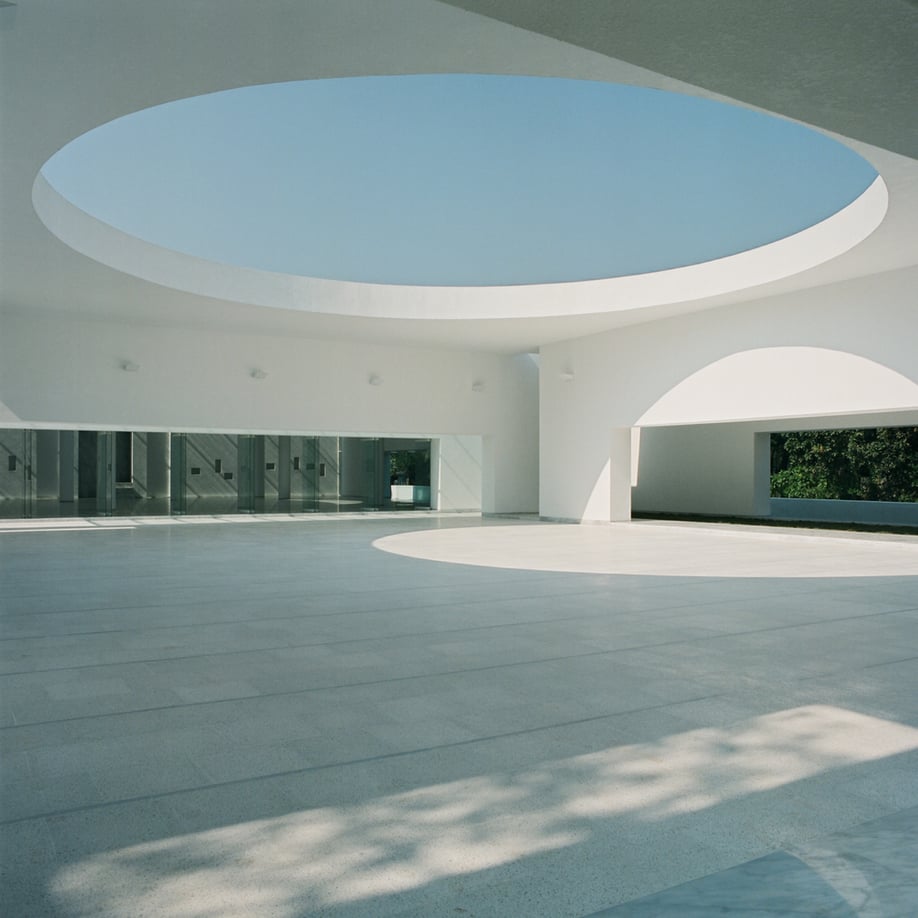 Meanwhile, Chowdhury’s residences display the architect’s affinity for building with local brick. His bungalows are a twist on a basic form of Bangladesh housing: through thoughtful proportioning and natural illumination – see the dramatic oculus above – Chowdhury’s homes evoke beauty, minimalism and dignity. They exemplify how, in the curators’ words, “pragmatism and poetry can go hand in hand.”

That’s evident in the other featured buildings, including a bamboo school in a Rohingya refugee camp in Ukhia (below) constructed with a minimal budget with sustainable materials and the cyclone shelter on the Bay of Bengal coast pictured at the top of this page, which casts an emergency structure as a striking piece of architecture. 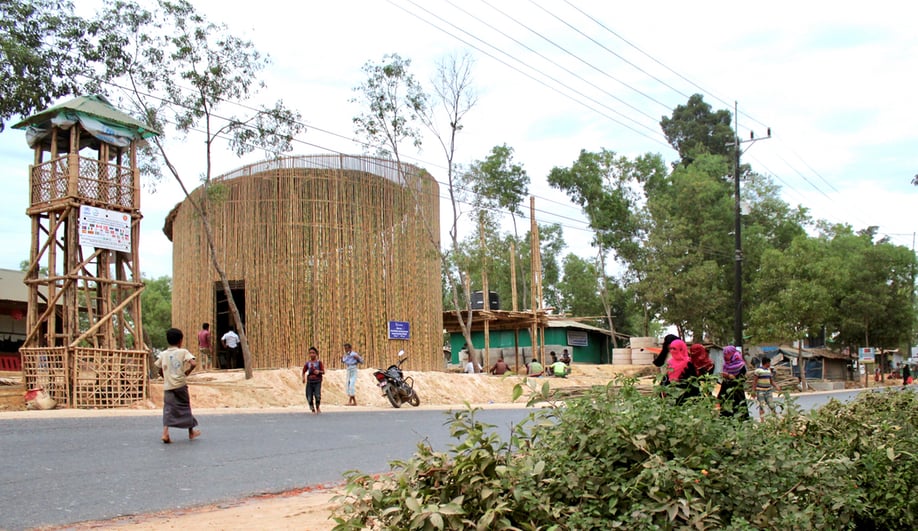 Perhaps most intriguing, the exhibition will finally shed light on the studio as a thriving practice – with or without a functioning website. According to the curators, “The URBANA team will open its studio to the public, providing an opportunity to explore a ‘Wunderkammer’ in a contemplative 1:1 situation. Visitors are invited to take a break from wintery Berlin and immerse themselves in a sensually choreographed journey through the rich cultural region and vast expanse of the Ganges delta, shimmering in tropical light.”