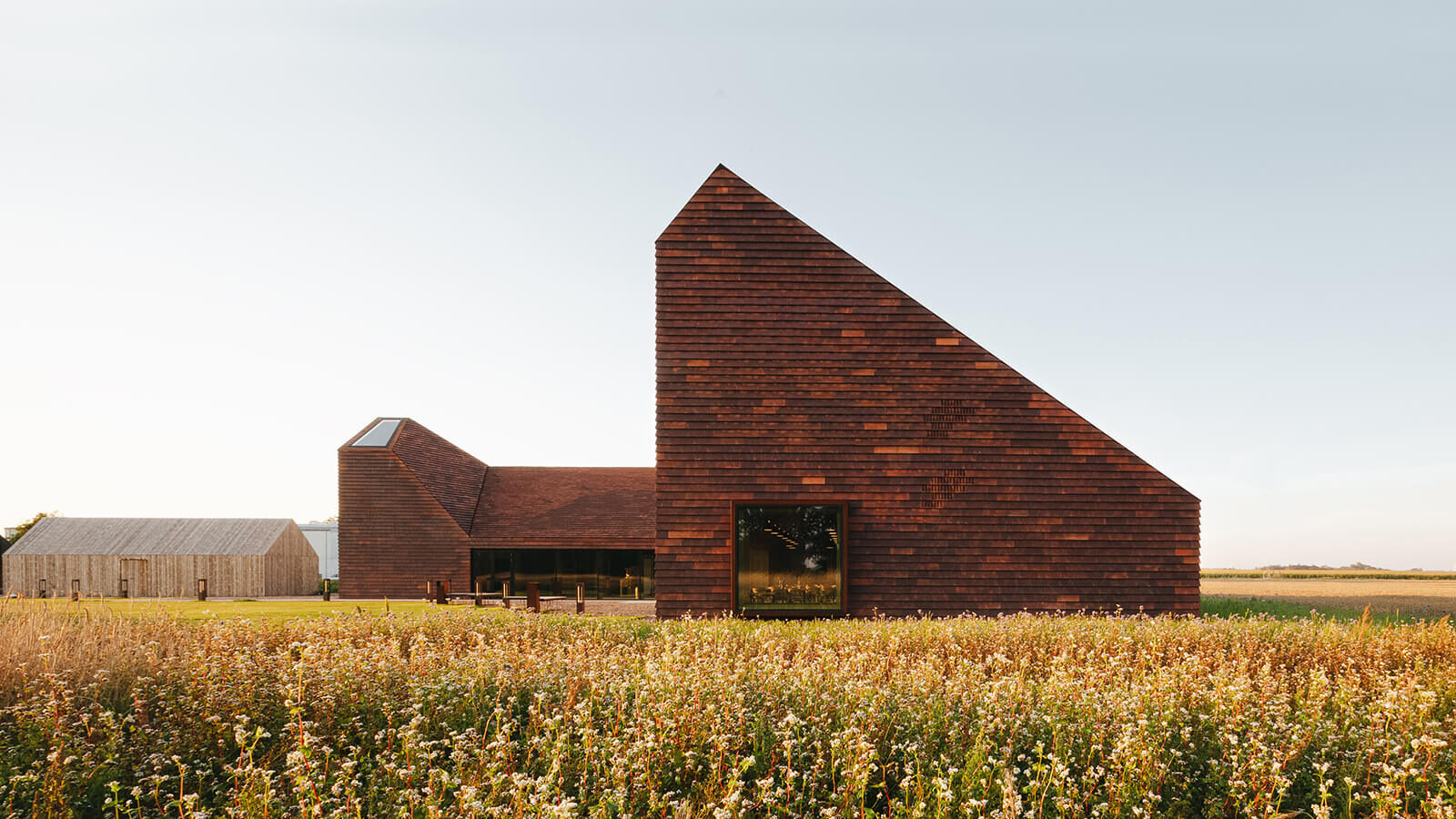 Norwegian firm Reiulf Ramstad Arkitekter draws on vernacular architecture of the Jutland region to craft a hub for culture, community and education.

From mid-century icons Arne Jacobsen and Verner Panton to leading contemporary architects like COBE and 3XN, Danish designers have both popularized and perpetuated Scandinavian style the world over. But Denmark isn’t just renowned for its prolific design culture: Agriculture — and in particular, grain farming — is one of the Nordic country’s claims to fame. In fact, cereal grains account for over half of Denmark’s cultivated land.

Seeking to shed light on this lesser-known aspect of Danish heritage, the Kornets Hus foundation hosted a competition in 2017 for a new cultural and education centre in the Jutland region. The goal was to celebrate the legacy of grain farming while honouring the local landscape. Three years later, Kornets Hus, which translates to “grain house,” opened its doors in the rural outskirts of Hjorring in 2020. 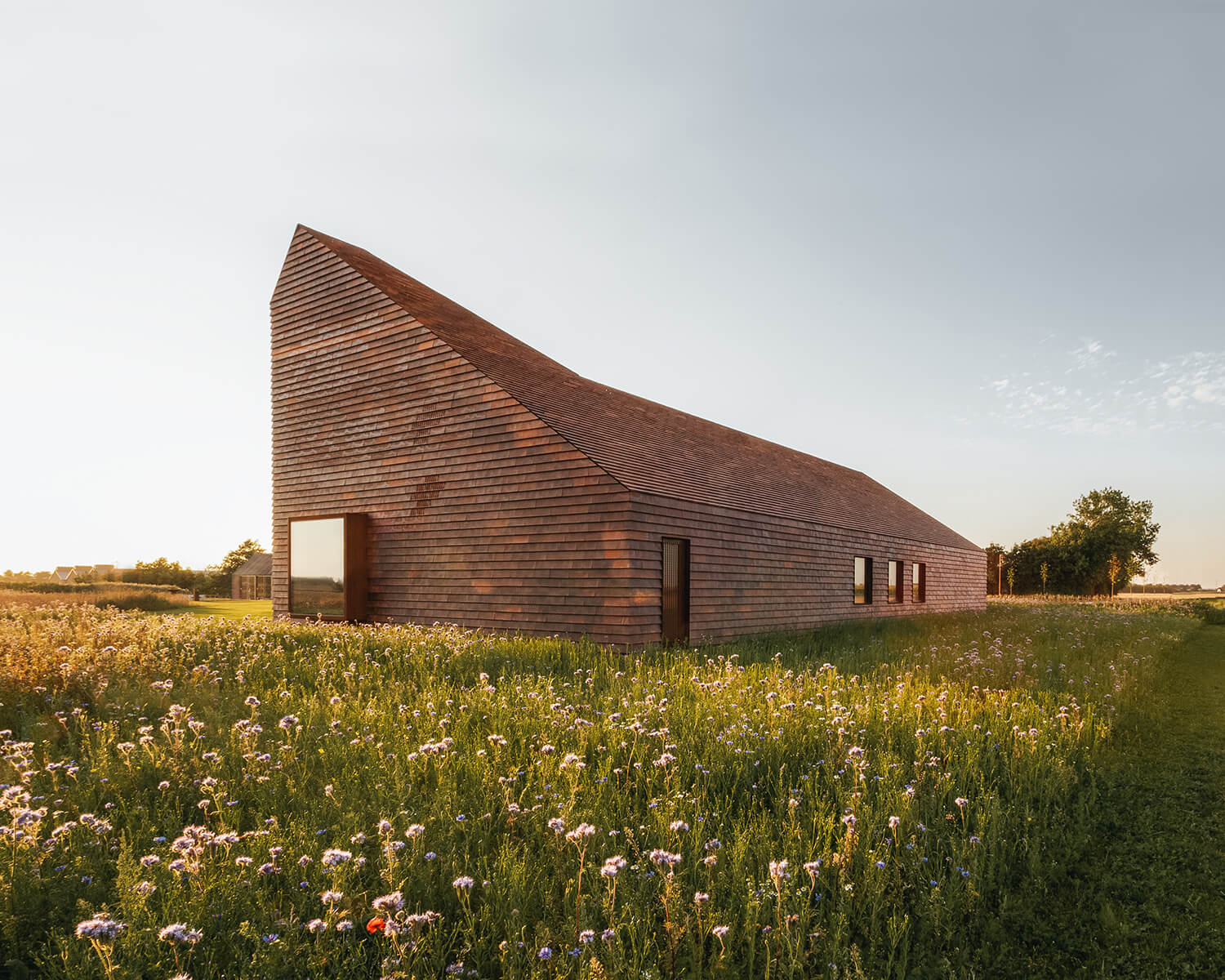 Designed by Norwegian firm Reiulf Ramstad Arkitekter, the new hub takes the place of a former farm and bakery. With the firm’s reputation for contextually attuned architecture, Ramstad’s Scandinavian design sensibility and affinity for natural materials was aligned with the ethos of Kornets Hus. The simplicity of the design was inspired by the building’s namesake, with grain being a sort of blank culinary canvas. 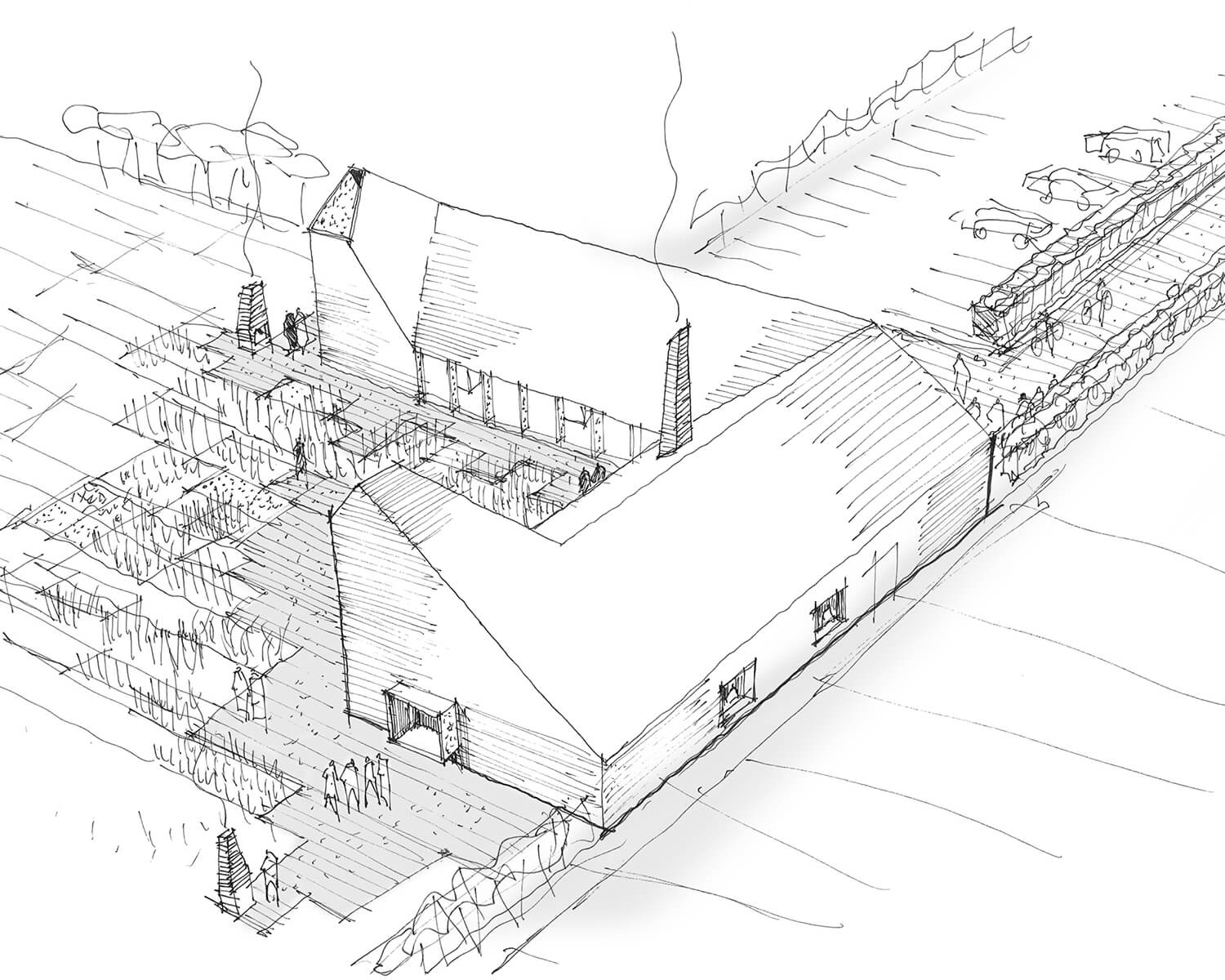 Conceptual sketch of the building’s design by Reiulf Ramstad Arkitekter.

Drawing from the region’s vernacular architecture, the building’s pitched roof and pared-down material palette are right at home in the Danish countryside. In place of a barn’s archetypical red wood, however, the building is clad with terracotta brick, reinforcing the horizontality of the surrounding terrain. 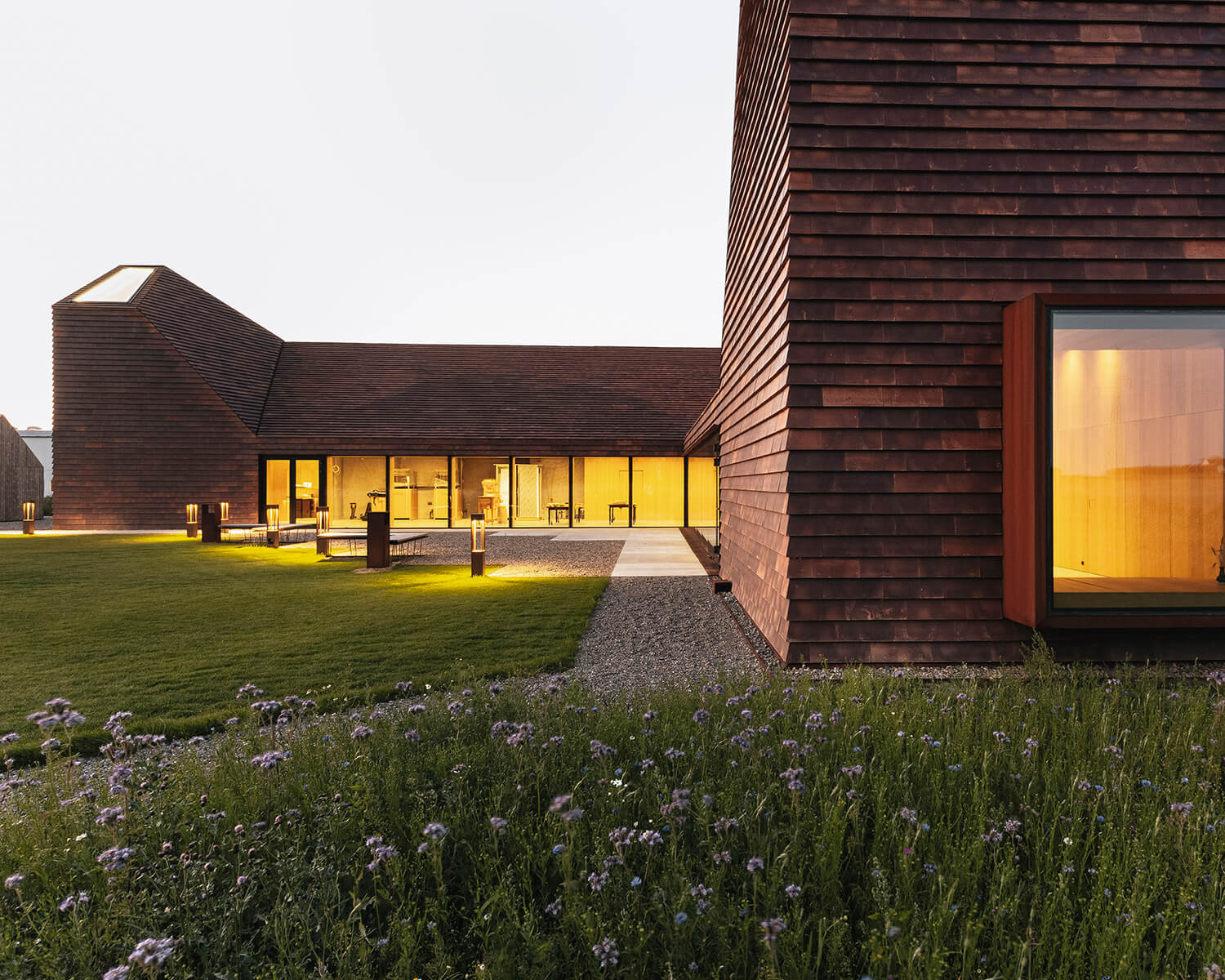 This same notion of simplicity is reflected in the building’s interior. A minimal and open plan allows for almost total flexibility, lending itself to the cultural centre’s diverse roster of activities. Naturally, the L-shaped structure is organized around a central bread oven, with the majority of the public spaces concentrated at the building’s centre. 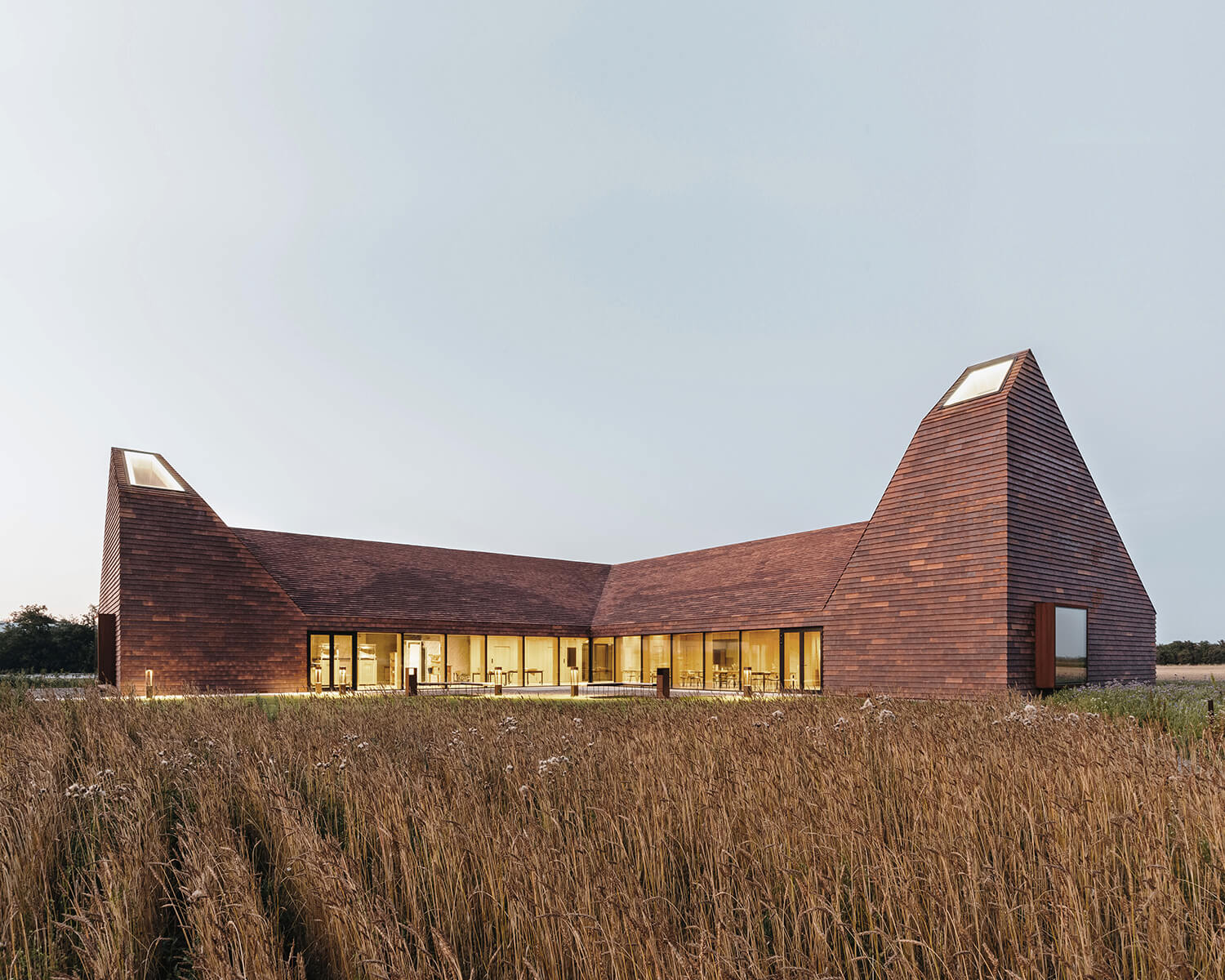 Though the structure is oriented away from the road, two generous walls of windows open up to a courtyard terrace, where visitors can take in the expansive fields of wheat. Inside, the facade’s rich red tones are traded in for the characteristic wood favoured in contemporary Danish interiors, mirroring the golden landscape. 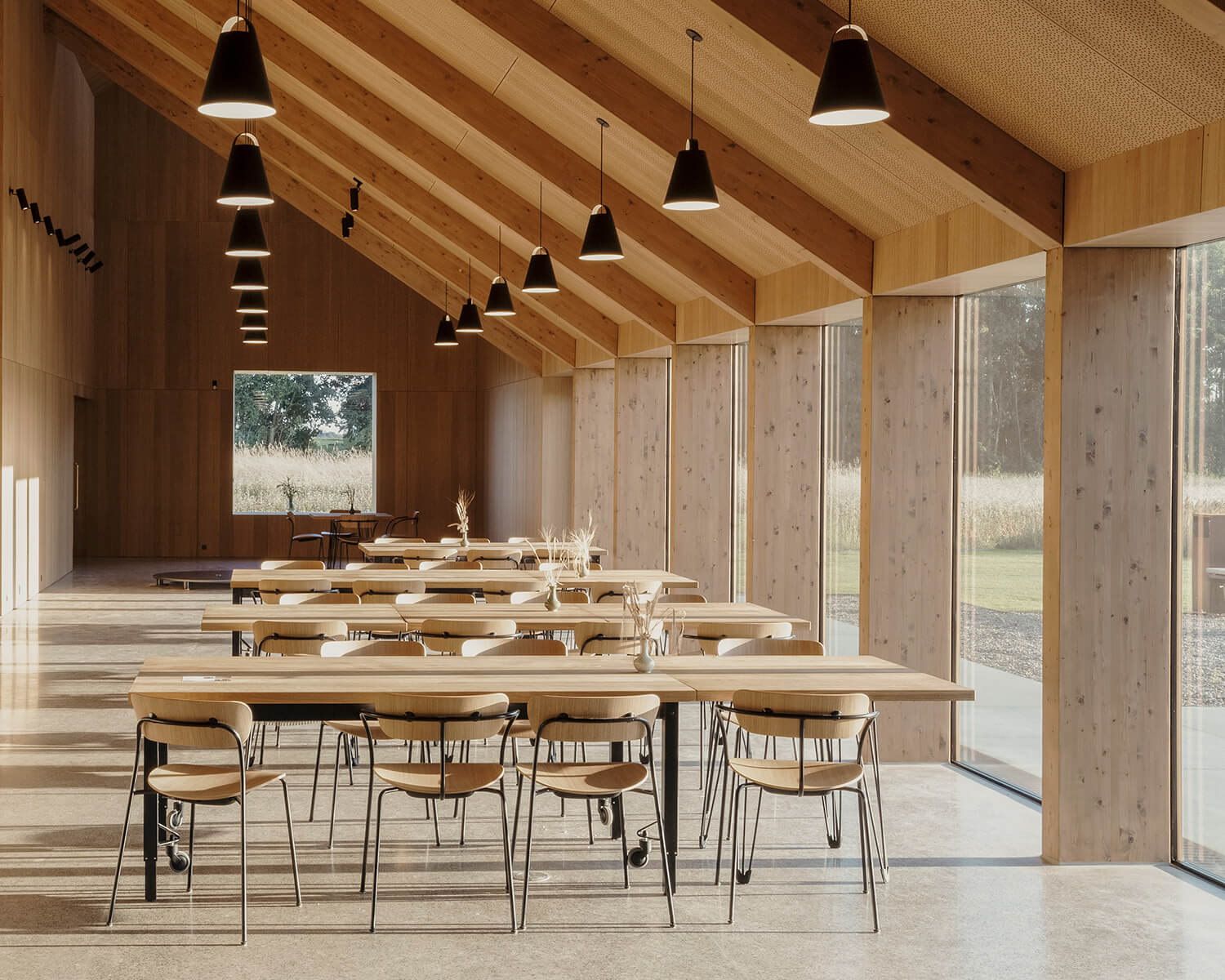 The more private teaching and exhibition programs are located at each end. Here, two geometric light wells designed to emulate traditional baker’s kilns bookend the space, bathing the wood-clad rooms with a warm glow, making for an almost spiritual experience. 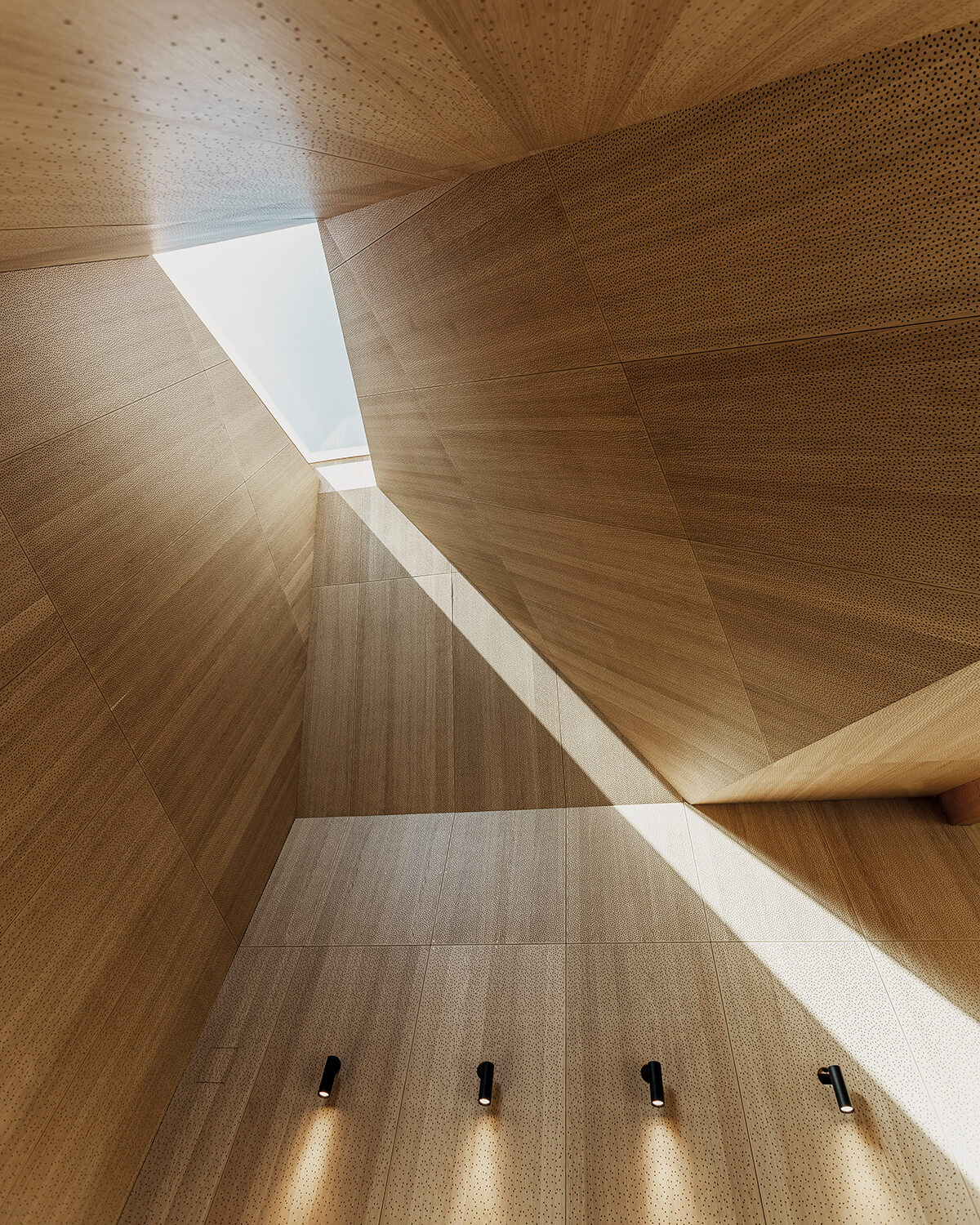 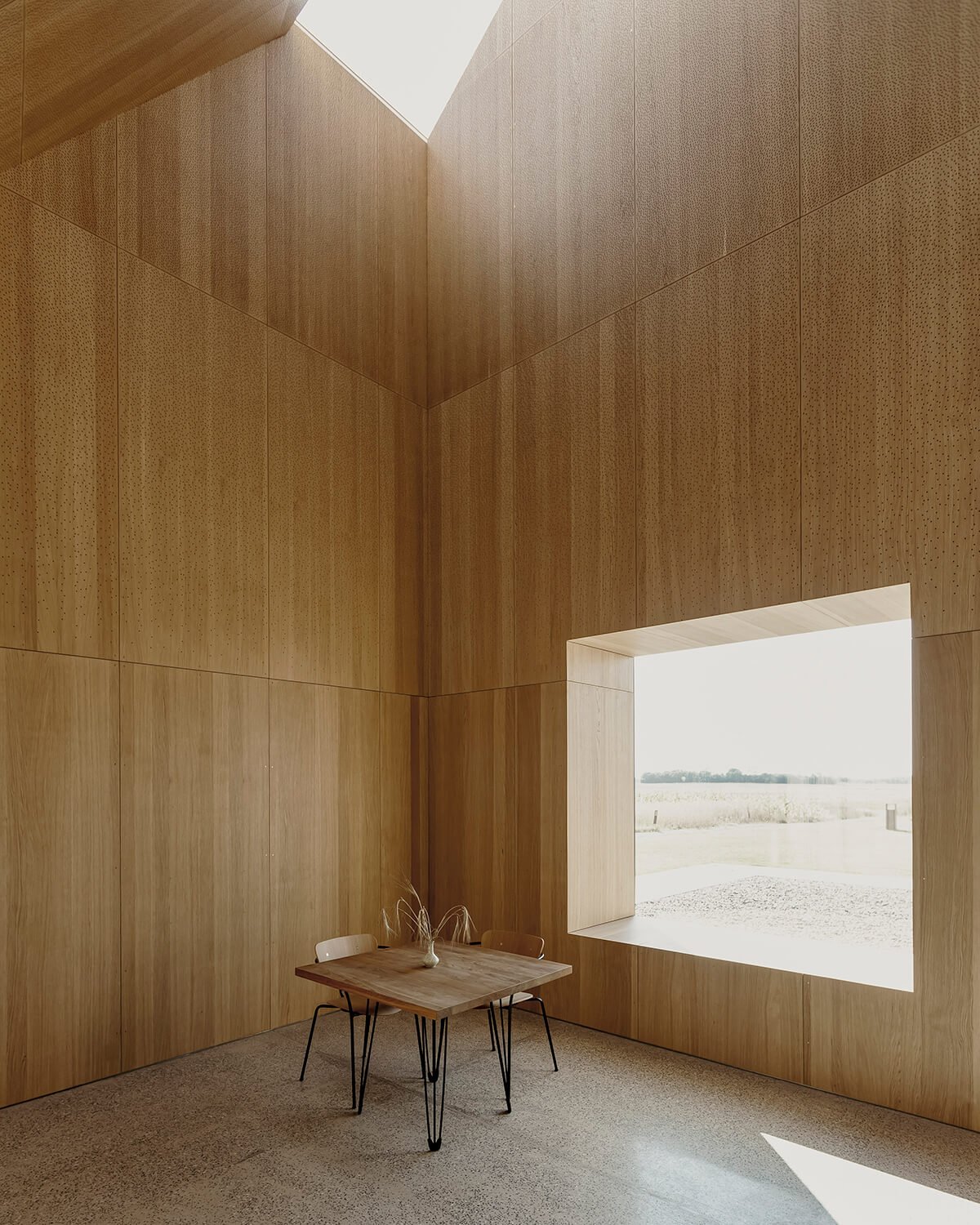 A true community amenity, the cultural centre offers guided tours, team building workshops and conference spaces. Those looking for a taste of the Danish culinary scene can stop in to the Kornets Hus café, serving homemade baked goods prepared with local ingredients fresh from the fields. And, for a more hands-on experience, the centre offers experiential learning workshops, from grinding grain to baking bread. 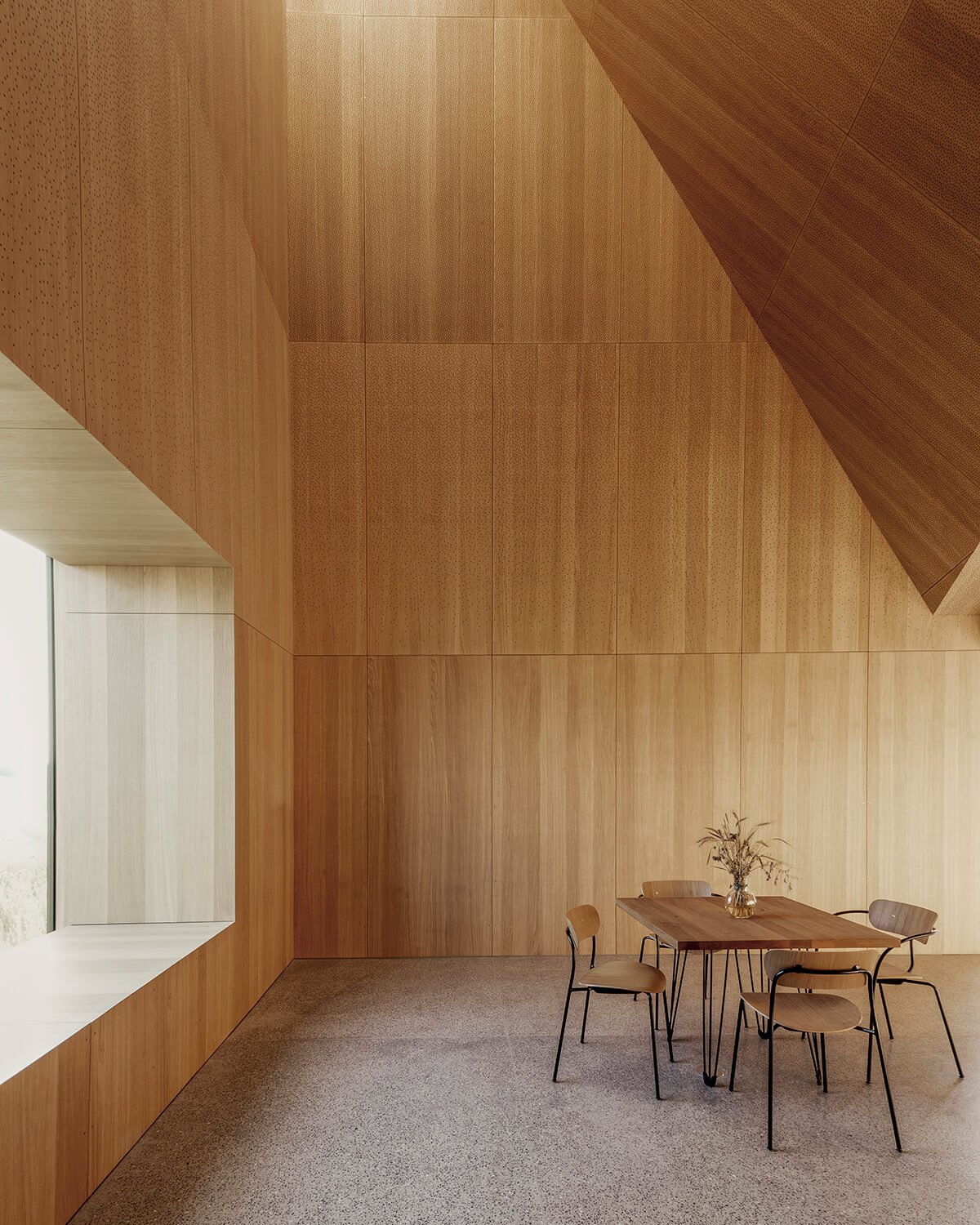 Though Kornets Hus offers much in the way of programming, the space itself — and the idyllic landscape — is sure to draw locals and tourists alike. And, in a world where we are increasingly disconnected from where our food comes from, the cultural centre is a vital point of connection to agricultural traditions of the past.

Norwegian firm Reiulf Ramstad Arkitekter draws on vernacular architecture of the Jutland region to craft a hub for culture, community and education.