We are in Dark Mode in May. Find out why
A Lego-Compatible Prosthetic Arm
Introducing Iko, a prosthetic arm that kids can transform with a Lego spaceship, backhoe or anything else. 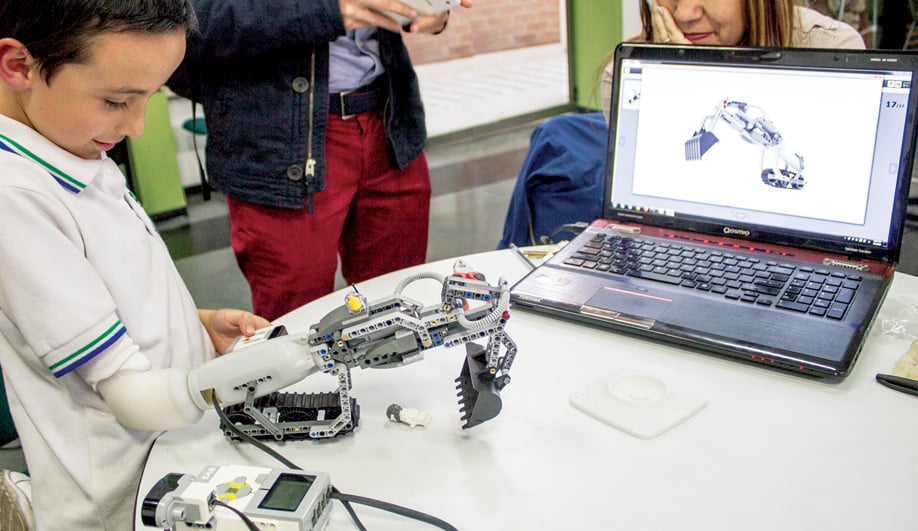 The modular design enables kids to remove the hand and replace it with their own Lego-built inventions. 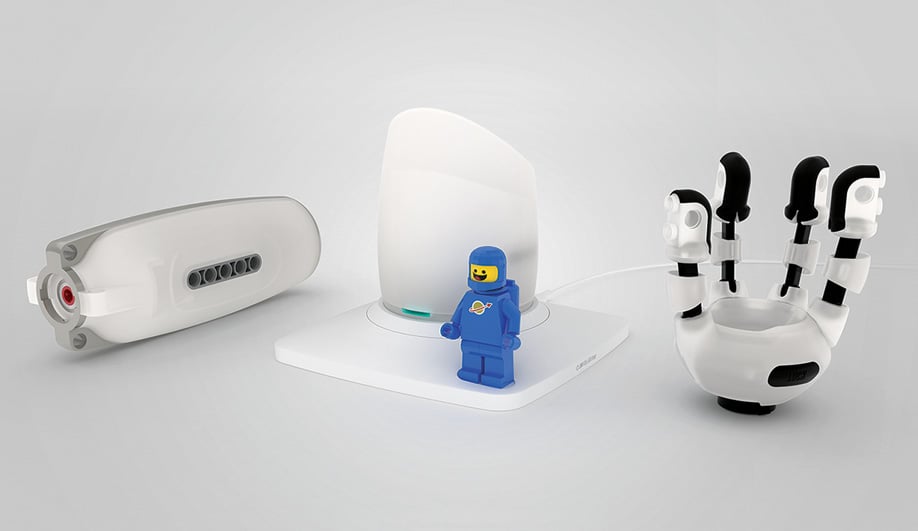 Three fingers and a thumb create a grip that delivers both precision and strength. 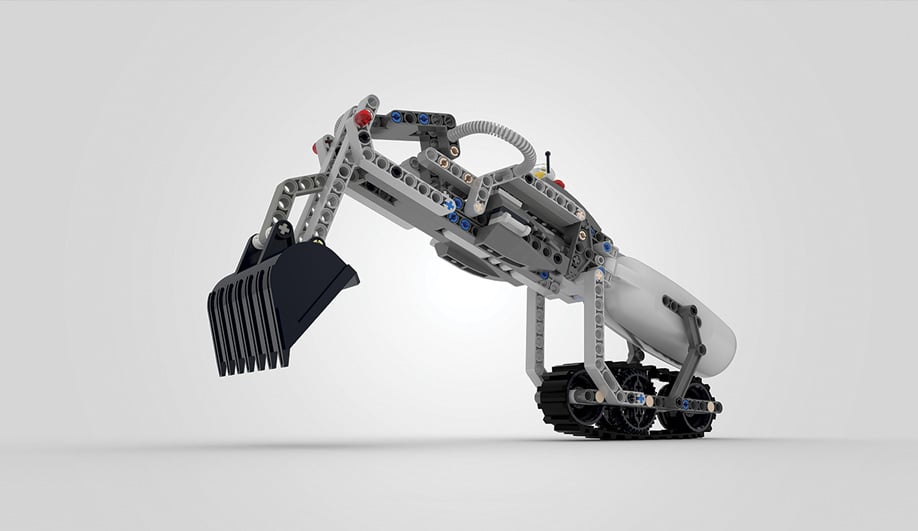 A backhoe is just one of the creations that can be attached to the arm.

Introducing Iko, a prosthetic arm that kids can transform with a Lego spaceship, backhoe or anything else.

There are more than 915 million ways to combine six standard, eight-studded Lego bricks. This near-infinite interchangeability is one of the reasons the Danish toy is loved worldwide. It’s also what inspired Carlos Arturo Torres to develop Iko, a prosthetic arm for kids that interfaces directly with Lego. Torres hatched the idea while interning at the company’s top-secret Future Lab in Billund, Denmark, during his final year at Sweden’s Umeå Institute of Design. “I knew I wanted to use the bricks in a social context,” he says, “but I didn’t think anyone would be crazy enough to follow through.” To his surprise, the concept got the green light from the lab’s director almost immediately.

The initial prototype, 3-D printed in stainless steel, was realized in a matter of weeks. The arm is designed to cost less than regular prosthetics, thanks to modular components that can be changed out as the child grows, rather than re­placing the entire device.

The hand module consists of three fingers opposite a thumb, a configuration that enables a precise grip when the fingers are activated separately, and a powerful grip when they work in unison. A ball-jointed wrist gives the hand full rotation.

Three fingers and a thumb create a grip that delivers both precision and strength.

The real value, however, is in the plug-and-twist method for assembling the three main units (hand, forearm and socket), which makes it easy to put the prosthetic together. The kid-friendly connection method is integral to what Torres refers to as “hacking” Iko: the hand portion can be removed and replaced with a Lego-­compatible interface, turning it into a backhoe, a spaceship or anything else the wearer can imagine.

Torres’ plans to include myoelectric ­sensors will be fulfilled in the next prototype, allowing users to operate the arm auto­matically. His hope is that through the universality of Lego, Iko will help to remove stigmas that children with disabilities often face. “That’s one of the project’s primary goals,” he says, “the connections that it can make with other kids.”