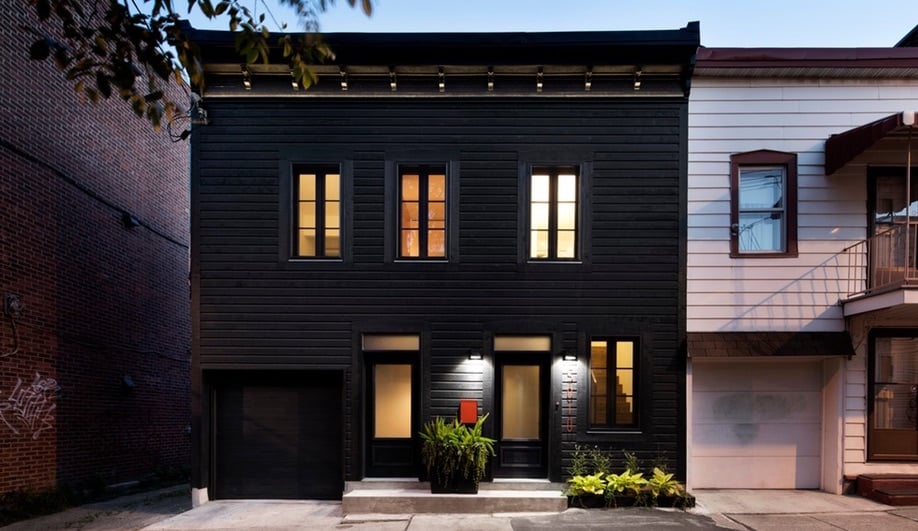 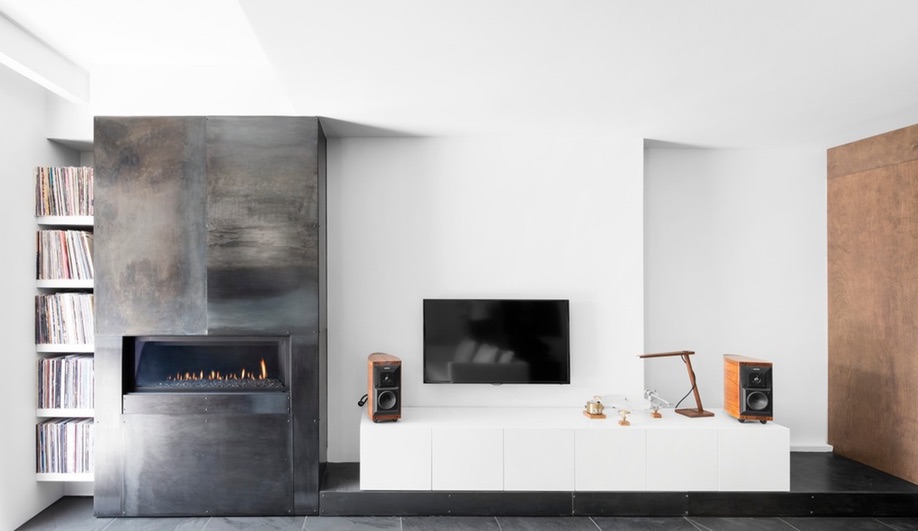 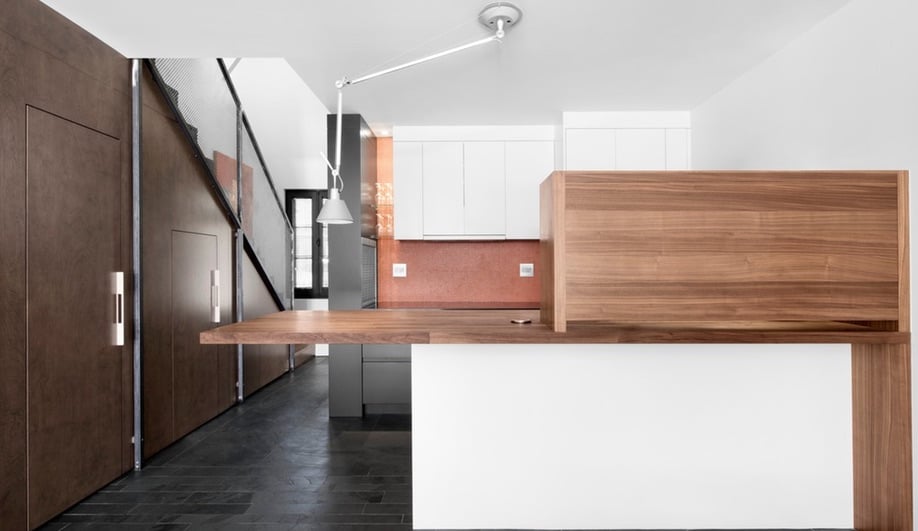 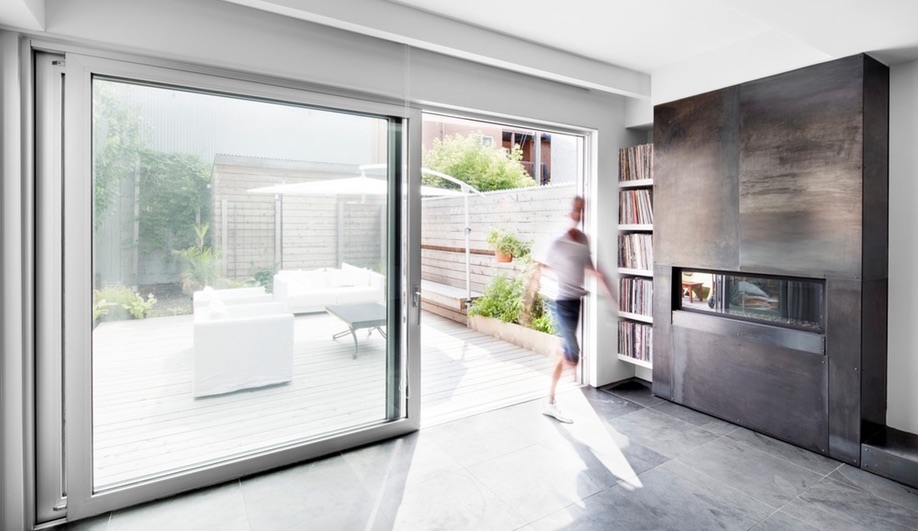 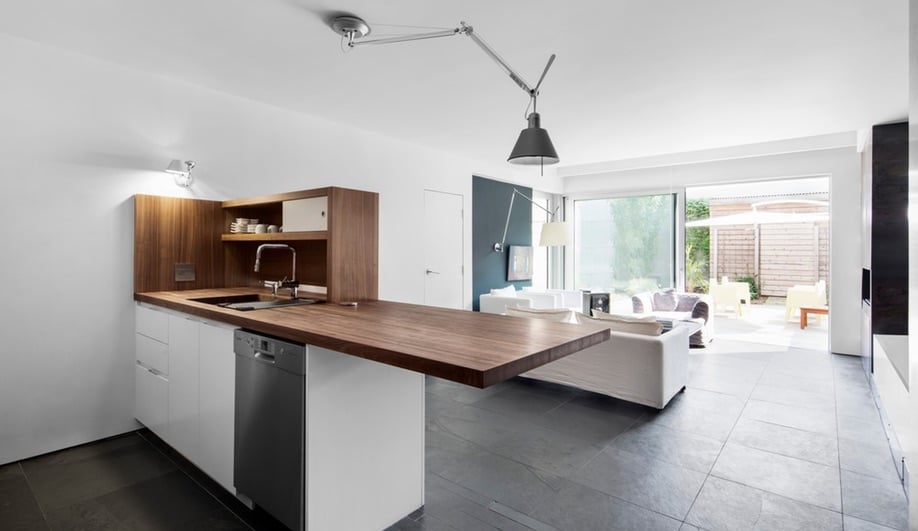 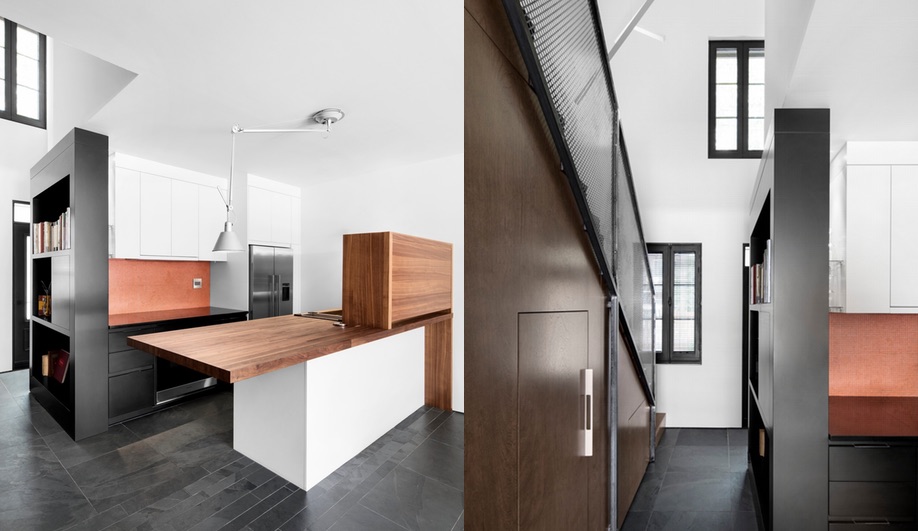 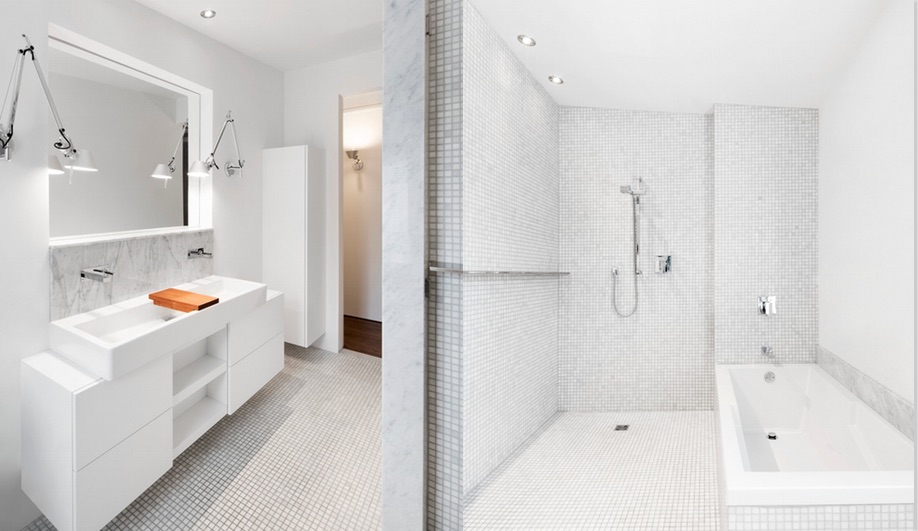 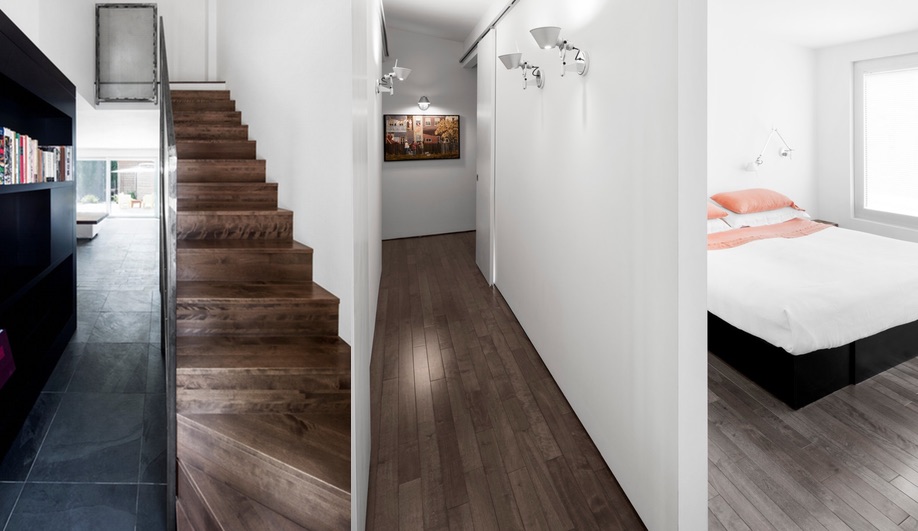 The move to the suburbs isn’t for everyone. While some young professionals are content to leave city life behind – choosing more square footage and longer commutes over culture and convenience – the owners of this Montreal residence were not. After a brief encounter with the outskirts, the couple decided to sell their modern suburban home and purchased a tiny, deteriorating duplex that had served as grooms quarters over a century ago.

The couple’s personal interest in architecture had led them to redesign their previous home themselves, however for their new 77-square-metre home, they recognized a need for professional skills. They hired local firm Architecture Open Form to bring the new digs up to date, with some help from Christian Bélanger Design on the interiors.

Peeling away the mid-century intervention of unfortunate metal siding on the street-facing facade, Architecture Open Form revealed the original wood clapboard cladding, which the Plateau-Mont-Royal Borough’s planning and architectural integration bylaws demanded be left exposed. The architects were able to achieve the modern exterior the clients desired by staining the facade a deep and striking black.

In contrast, the interior is bright and airy, with white walls and plenty of natural light flooding in through the back wall of the open-plan main floor. A four-metre-wide sliding glass door, reaching from floor to ceiling, merges the back terrace with the indoor living area, allowing the occupants to view the garden while enjoying the warmth of the steel-wrapped fireplace in winter. The furniture can also be easily moved outside during warmer months.

The flexibility of this small space doesn’t end there. Whether situated indoors or out, the coffee table provides a casual eating surface at its regular height, but can also be raised to become a more traditional table for dinner with guests. But on their own, the clients are more likely to eat in the kitchen, where the floating plane of the island offers both a workspace and a dining area. Overhead, the adjustable Tolomeo lighting fixture, from Artemide, can be moved to illuminate the works areas at either end of the surface, or raised to cast light down from the centre.

Different areas are demarcated with a variety of warm, rich materials, The line between the kitchen and the living room is defined by an alternated pattern in the Montauk black slate flooring, before it shifts back beneath the honey-coloured walnut countertop. On the adjacent wall, a darker wood wall marks the beginning of the hallway, which functions as an entryway and a library. A dark cherry-stained walnut floor merges with the stairs, where the white, minimalist aesthetic completely takes over.

The bedroom is entirely without adornment, while the bath is tiled, floor to ceiling, in white and grey mosaic tile, with a grey-veined marble backsplash lending a subtle touch of softness to the otherwise stark space. The look might not be for everyone, but hey – neither is the suburbs.