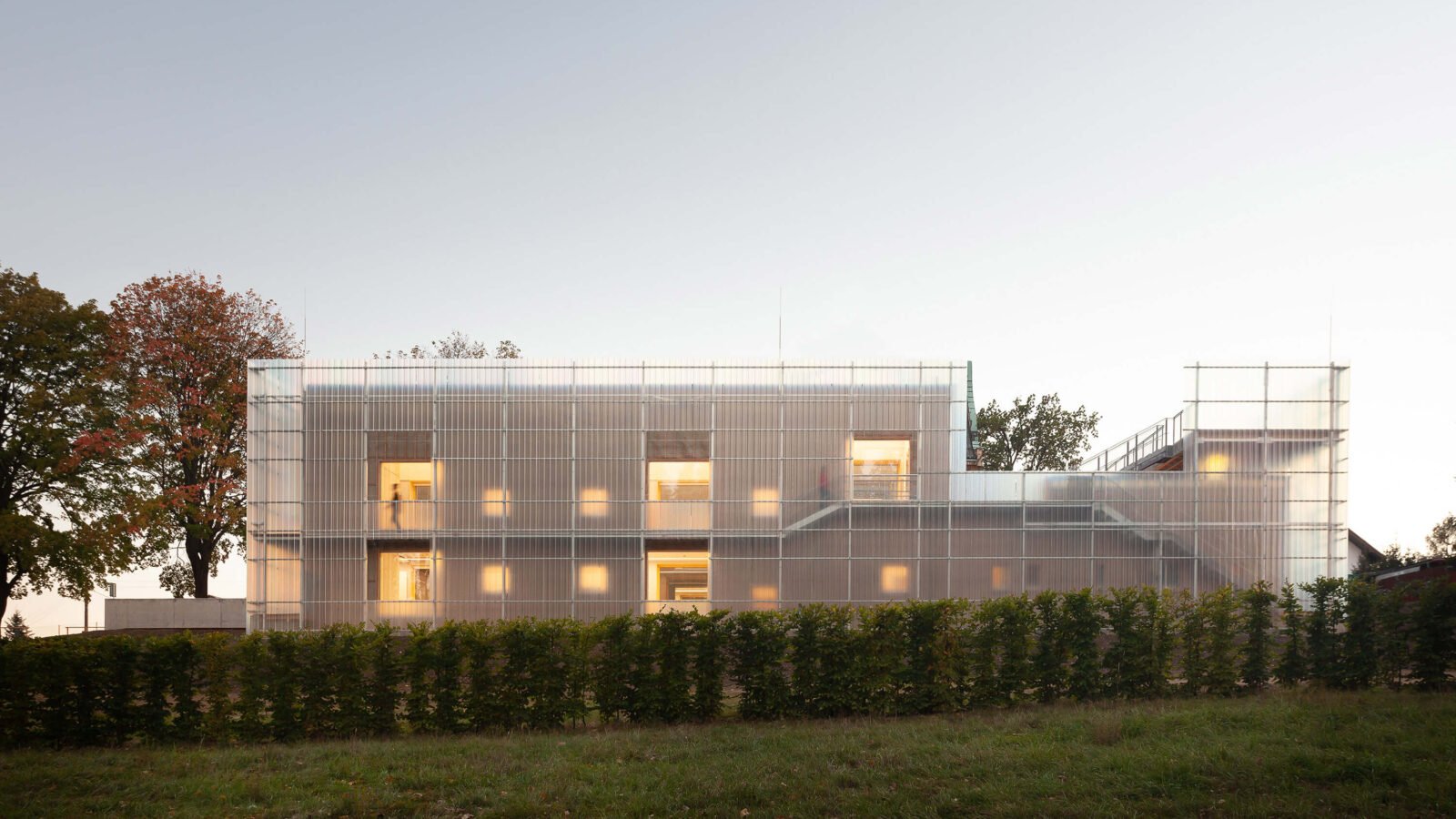 Two Lessons in Letting in the Light

In the (Almost) Clear

For a new kindergarten in a burgeoning district in the Czech city of Liberec, architect Petr Stolín wanted to deliver a building that provided a sense of security without feeling institutional – one where natural light could easily permeate the interior and where the children could play as they might on a jungle gym. To achieve this, Stolín devised a clever two-layer structure using simple materials: The building itself is clad in plaster, transparent fibreglass and Siberian larch lath; situated about 120 centimetres in front of that is a second facade made from sheets of corrugated transparent fibreglass mounted on an atypical steel structure that resembles scaffolding. In the space between is a pathway that completely encircles the school, giving the students multiple shortcuts throughout and around the 915-square-metre building.

Placed approximately 120 centimetres in front of the building, the structure creates a series of pathways around the school. PHOTO: Alexandra Timpau

The slightly opaque outer layer obscures views in but lets the light shine through. “The light was very important,” says Stolín. “We wanted to protect the children, but they can also follow or find the sun all over the complex.”  stolin58.com 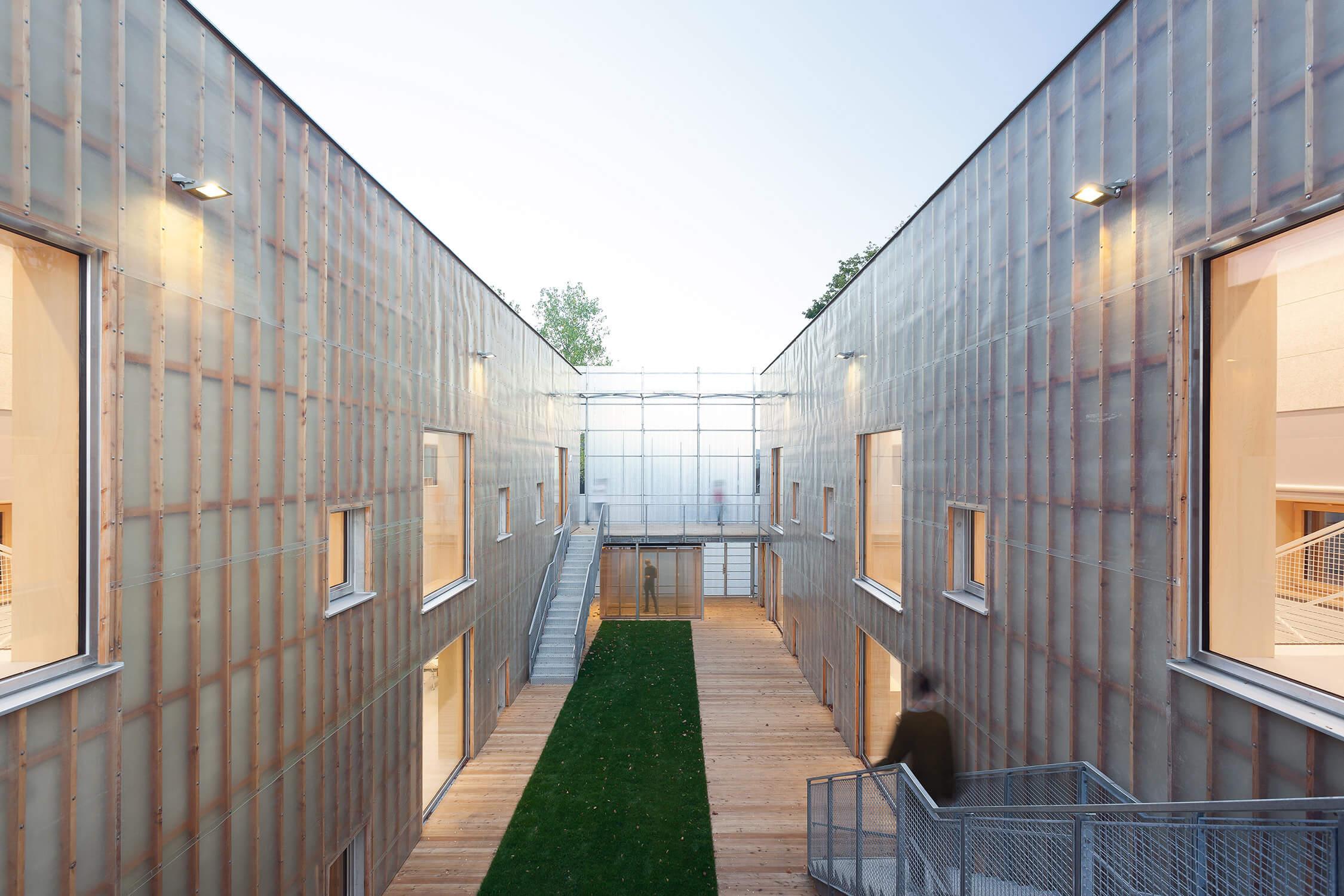 The humble burlap sack proved ingeniously inspirational for a monument built to commemorate the 100th anniversary of a historic farmers’ revolt in Alcorta, Argentina. Architect Claudio Vekstein was drawn to the workaday material while viewing archival photos that depicted burlap sacks full of agricultural goods stacked in storage sheds. Wanting to recreate the rhythm of those piles, Vekstein opted for an unconventional material – resin – after discovering the work of artist Ayelen Coccoz, who manipulates historic images with the substance.

Vekstein developed a series of wooden moulds and, using a mixture of resin, fibreglass and burlap, combined the forms into five matrices to create 275 panels, a process similar to fibreglass boat making. From the outside, the 400-square-metre structure does resemble a giant heap of filled sacks; on the inside, the burlap offers a tactile experience.

For a monument in Argentina, architect Claudio Vekstein used a mixture of resin, fibreglass and burlap to form 275 panels in a process similar to fibreglass boat making. Together, the panels replicate the look of piles of burlap sacks. PHOTO: Federico Cairoli

“It was a bit of an experiment to use resin as an industrial material,” says Vekstein, “but it gives a nice transparency while maintaining the appearance of burlap.”  claudiovekstein.org