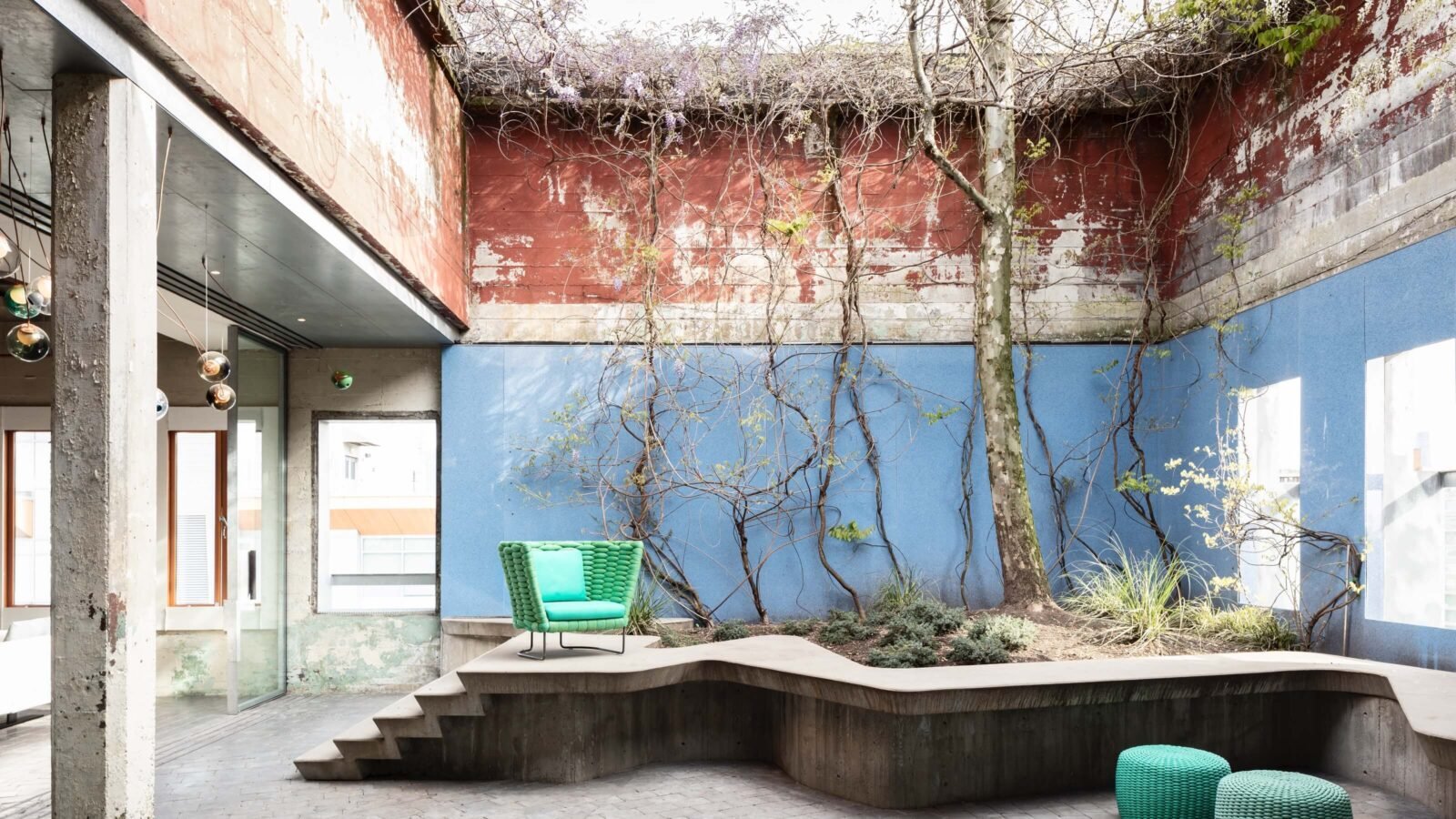 Livingspace Expands its Space – And its Focus on Italian Design

After taking over the fifth floor of its Vancouver building, Livingspace is one of the largest multibrand showrooms in North America with a custom design business to boot.

While Ross Bonetti has helmed Livingspace since 1988, the multibrand showroom’s massive home in Vancouver’s Armoury District only came into being in 2011. Since then the company has only expanded, and this year, on the occasion of its 30th anniversary, it acquired the top – fifth – floor of its building for a total of 30,000 square feet of retail.

Livingspace had originally occupied only the first two floors of the building, a 1930s-era printing factory. Bocci, the lighting brand owned by Omer Arbel, resided on floor five and its glass-blowing shop was situated inside a garage on the property’s parking lot. When Bocci moved to Railtown, Bonetti took the opportunity to annex their former space. (The third and fourth floors still belong to two of Vancouver’s largest architecture firms: Revery and B&H).

So, the experience of Livingspace is now more capacious than ever. Visitors take an elevator from the second to the fifth floor, which opens up onto a resplendent courtyard with a tree that soars through its open roof. This outdoor oasis is now the realm of Paola Lenti, the maker of vibrant outdoor furniture.

Inside, the fifth floor retains its raw bones but was renovated by Livingspace’s internal team of designers and with input from its brand roster. The result takes the shop-in-shop approach to the nth degree. For instance, there is a dedicated space for Molteni & C – manufacturers of impeccably crafted furniture and closet systems – and its kitchen brand, Dada, that communicates the Italian company’s ethos. And Bocci’s old glass-blowing venue? It’s now home to garden furniture brand Roda, its garage doors replaced with windows.

Bonetti says that the showroom expansion was driven by a desire to capture each brand’s look and feel. “The concept of a shop-in-shop environment requires space to show each brand – and its own aesthetic – the way they would be shown in their own Milan showroom,” he says.

The move positions Livingspace as one of the largest multibrand showrooms in North America – Bonetti compares it to New York’s DDC – and it also signals Vancouver’s evolution in design sensibility. “We’ve always been a modern design store – I’ve watched style cycles come and go – Craftsman, Tuscan, Sante Fe – but we’ve always remained the same. Now people are appreciating it a lot more, and really getting what modern design and architecture is.”

The “Roda Box” is situated in a garage, formerly used for Bocci’s glass blowing, in the parking lot.

On that note, the company started its own turnkey construction service with the launch, two years ago, of Livingspace Homes. “We’re the contractor who can also supply the kitchen, bathroom and closet systems,” explains Bonetti. With many of the city’s luxury condo towers getting older, clientele are in the habit of upgrading their developer-installed kitchens and bathrooms with newer models. Livingspace, then, which provides customization services for all of its lines, from closet systems to sectionals, is in the optimal position to grow yet more.

After taking over the fifth floor of its Vancouver building, Livingspace is one of the largest multibrand showrooms in North America with a custom design business to boot.