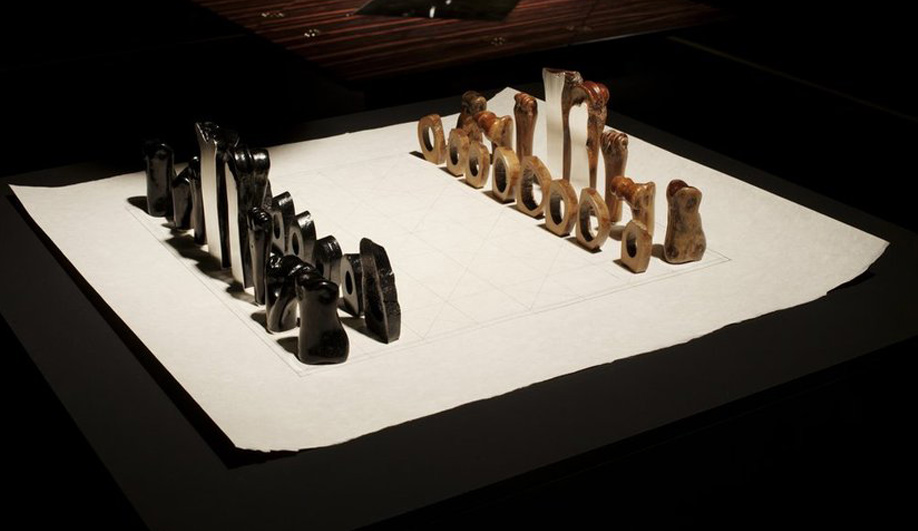 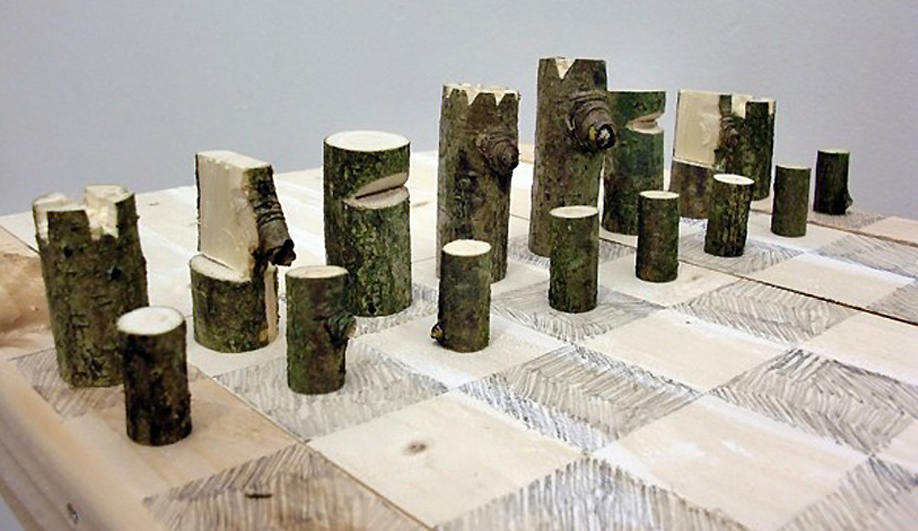 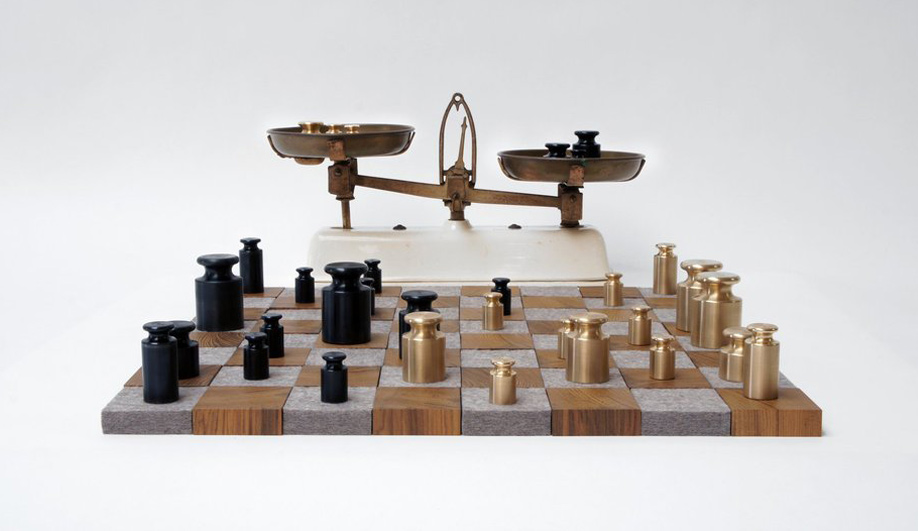 Rolf Sachs’s Weighing Up The Competition 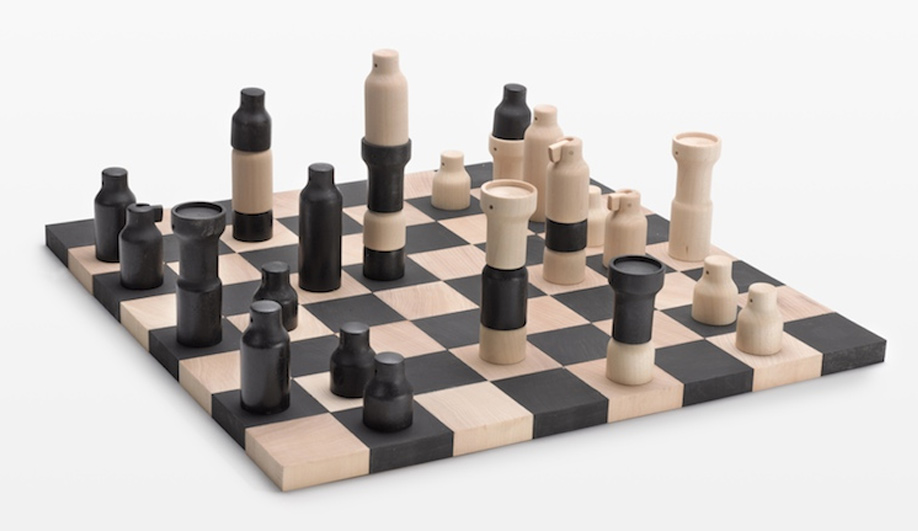 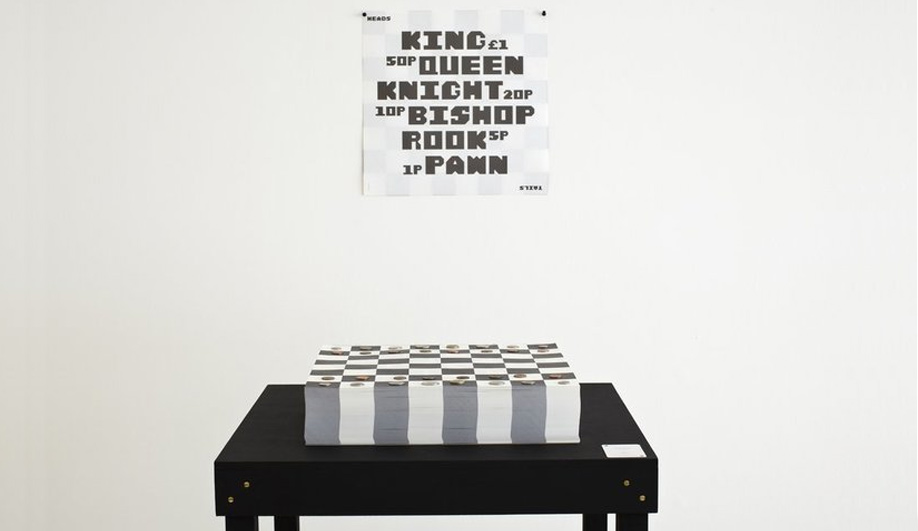 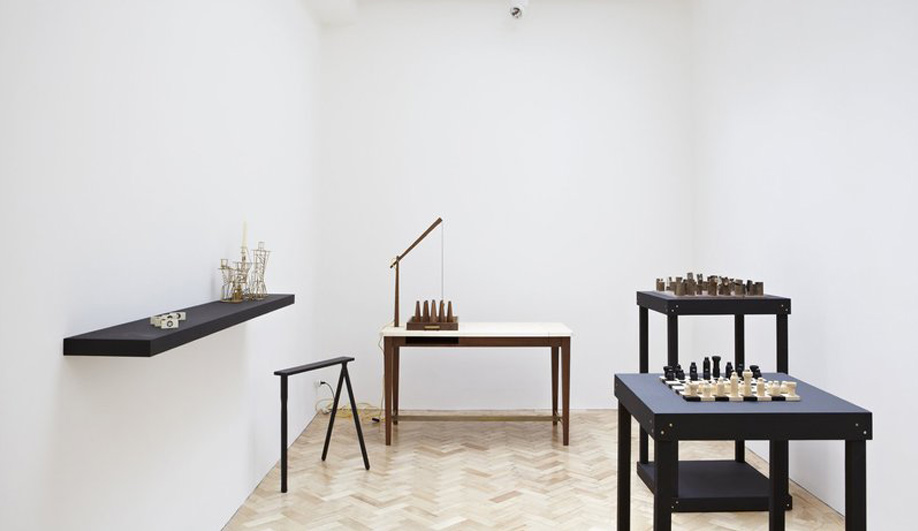 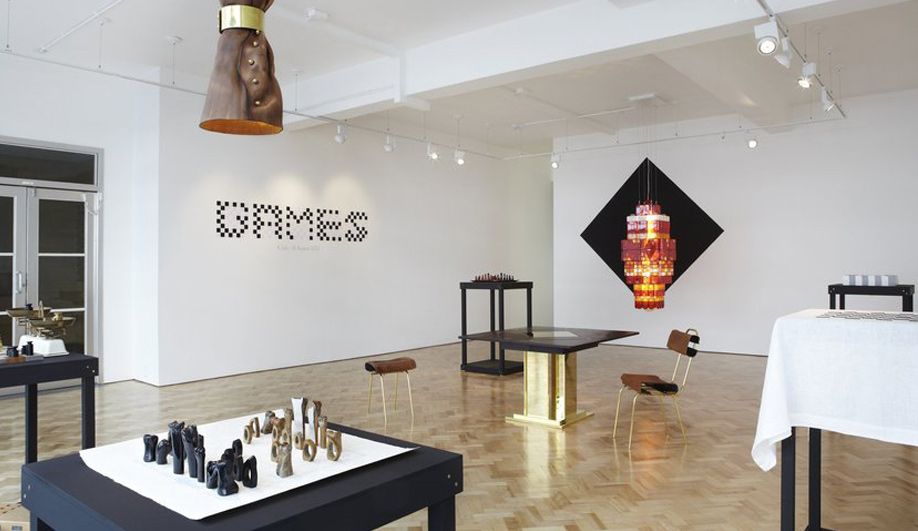 This month, athletes and spectators from around the world will descend on London for the Olympic Games. While rumours burble that chess may be added to the 2014 Winter Games in Sochi as a demonstration sport, London’s Gallery Libby Sellers is getting ahead of the curve with Games, an exhibit dedicated to a broad spectrum of chess hardware.

The gallery draws its inspiration from an influential exhibit hosted by Julien Levy Gallery in 1944 in New York, where the humble chess set was elevated to art by master sculptors of the era, including Ernst, Duchamp, Noguchi, and Calder. Following in this tradition, the sets and other artefacts in Games reimagine the game – even shaking up the way it is played – with new materials and forms.

Using a material that reflects the passtime’s ancient roots, Julie Lohmann and Gero Grundmann present Tidal Ossuary, a set made from animal bones that washed up on the shores of London’s River Thames. The duo sliced these relics into highly sculptural forms, polished them, and presented the set on a simple sheet of parchment. Similarly, conceptual woodworker Peter Marigold uses found material for his wood-hewn Rough and Ready Log chess set, but leaves the board with a far rawer finish.

Other designs attack the game from a more conceptual angle. In Rolf Sachs’s Weighing Up The Competition, the tactile board’s squares are made from teak and felt, and the spun brass pieces are polished or enamelled. The pieces draw on the shape of traditional scale weights, conveying their strategic value; as the game proceeds, the fallen soldiers are placed on a vintage scale, tipping the pans in a visual representation of the balance of power.

In a move that actually alters the game, Swiss industrial designer Florian Hauswirth’s Democratic chess set allows pieces to be propped atop each other to combine their powers, rather than removing them from the board – a comment on the way working together can provide a strategic advantage.

But perhaps the most truly democratic version is that provided by Studio Frith: it’s quite simply a stack of double-sided sheets of paper. On one side, a checkerboard, and on the other, basic rules delineating how to play using coins as pieces, with heads and tails in lieu of colours, and different denominations standing in for values – £1 for King, 50p for Queen, and so on. Cheap, portable, even disposable, it can be played virtually anywhere, conveying the idea that chess is truly a game that anyone can enjoy in any setting.