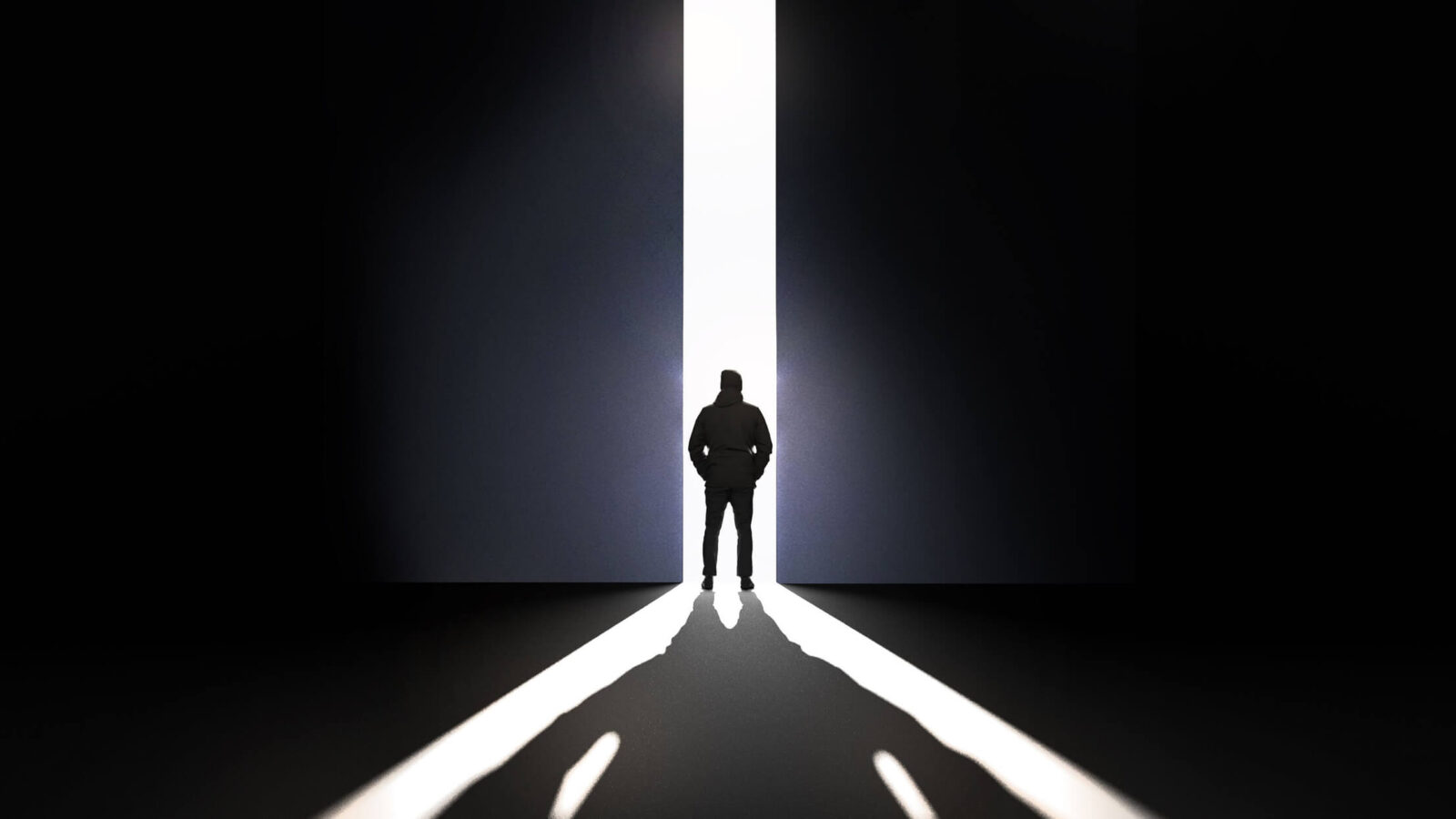 If you take in only a few of the offerings during the 2019 London Design Festival, make sure these five are among them.

“When a man is tired of London,” Samuel Johnson famously wrote, “he is tired of life.” The same could be said of the London Design Festival, the sprawling multi-venue design extravaganza founded in 2003 to promote the city’s creativity. Running from September 14 to 22, it encompasses institutions as august as the Victoria & Albert Museum and neighbourhoods as hyper-cool as Shoreditch and King’s Cross. If anyone of any gender can somehow claim to be tired of the Festival, he or she has probably seen only a fraction of it.

Where to start? A good place is the venerable V&A, which has been collaborating with the LDF for more than a decade and this year hosts installations by the diverse likes of artists Do Ho Suh of South Korea and Tana West from Britain, Japanese architect Kengo Kuma and Canadian lighting star Matthew McCormick.

From there, one could head south to Chelsea (where Anthropologie is showcasing The World of Kaffe Fasset and Saatchi hosts I-MADE, London’s first exhibition solely dedicated to Italian design and manufacturing), east to Shoreditch (site of new installations by Paul Cocksedge, Lee Broom and Emily Forgot) or across the Thames to Bankside (where TATE EDIT will unveil an Alicja Patanowska installation called Plantation and various sound artists have created site-specific tracks inspired by the buildings and spaces located along the neighbourhood’s iconic Victorian railway viaducts).

There are four trade shows to take in, including 100% Design (running from September 18 to 22 at Olympia London and featuring a spotlight on Finnish design) and the London Design Fair (bringing together 550 exhibitors from more than 40 countries at East London’s Old Truman Brewery from September 19 to 22).

And then there’s the Global Design Forum, a series of talks by design luminaries including Vivienne Westwood, Yves Behar and Fabio Novembre.

If time, however, is limited, the LDF alone offers plenty of inspiration. Here are five must-see projects under the auspices of the Festival proper.

Please be Seated by Paul Cocksedge

Located in the centre of Broadgate, bustling Finsbury Square will be transformed by Paul Cocksedge’s sinuous installation. Arranged as a flowing ring of scaffolding planks, Please be Seated combines seating and pedestrian space in a floral-like array, creating a new “heart” of activity.

“Every single aspect of the installation is tailored to its environment as well as the function it serves,” says Cocksedge. “The curves raise up to create backrests and places to sit, as well as space for people to walk under, or pause and find some shade. It walks the line between a craft object and a design solution. It occupies the square without blocking it.” 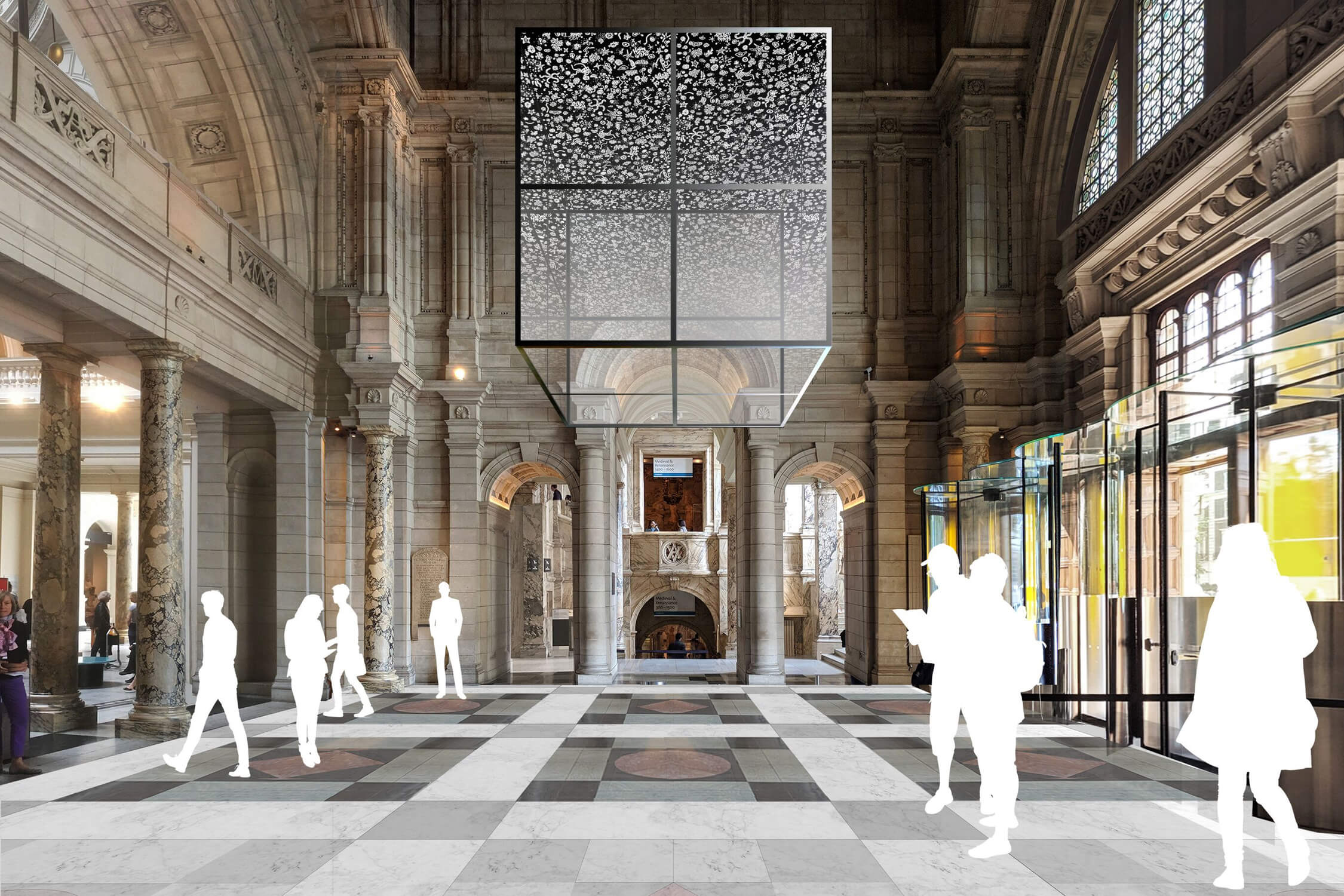 Hovering over the V&A’s grand entry space, Jacob’s striking two-way mirrored cube greets visitors with an unsettling intensity. Animated by a motion graphic, the installation conjures the seemingly infinite vastness of the oceans – as well as the swathes of discarded plastics that riddle them, a pressing global issue that Jacob addresses with a disconcerting beauty. As soon as they enter the space, visitors are absorbed into a haunting yet emotionally empowering aura, lodging the crisis behind the installation firmly in mind and body.

Designed as a gateway to Coal Drop Yards, the former King’s Cross industrial site revamped by Thomas Heatherwick into a new shopping and dining hub, Gamper’s playful installation consists of a false discotheque facade made of multi-coloured wood veneer by the century-old company Alpi. Evoking a Potemkin village, the massive trompe-l’oeil structure offers a fresh take on traditional cladding material from the Italian Alps while maintaining a low carbon footprint. All of the materials used by Gamper are either waste products, recycled or slated for repurposing.

A meditation on the effects of climate change, Canadian designer Matthew McCormick’s experiential exhibit Avalanche is a dauntingly impressive evocation of today’s ecological realities. Featuring dimmed lighting, narrow corridors and reflective black walls, the installation aims to provoke self-awareness about how to change the environment. As small groups of visitors navigate the space, McCormick’s ambiance of entrapment draws a provocative parallel between the struggle of exiting the installation and overcoming the climate crisis of our time.

Demond Melancon and the architecture collective Assemble have teamed up with the V&A for a very special addition to the museum’s Tapestries Gallery. Showcasing the wondrous suits worn by New Orleans’ famed Mardi Gras Indians, the exhibit illuminates the hand-sewn beadwork that forms an important part of the city’s Black masking culture. Based in New Orleans’ Lower Ninth Ward, Melancon is widely known for his work depicting actual and imagined events among Africans and Americans. Inspired by Indigenous people, enslaved Africans and influential historic figures, it maintains a conversation with representations of Black people across the global diaspora – a dialogue that continues here.

If you take in only a few of the offerings during the 2019 London Design Festival, make sure these five are among them.