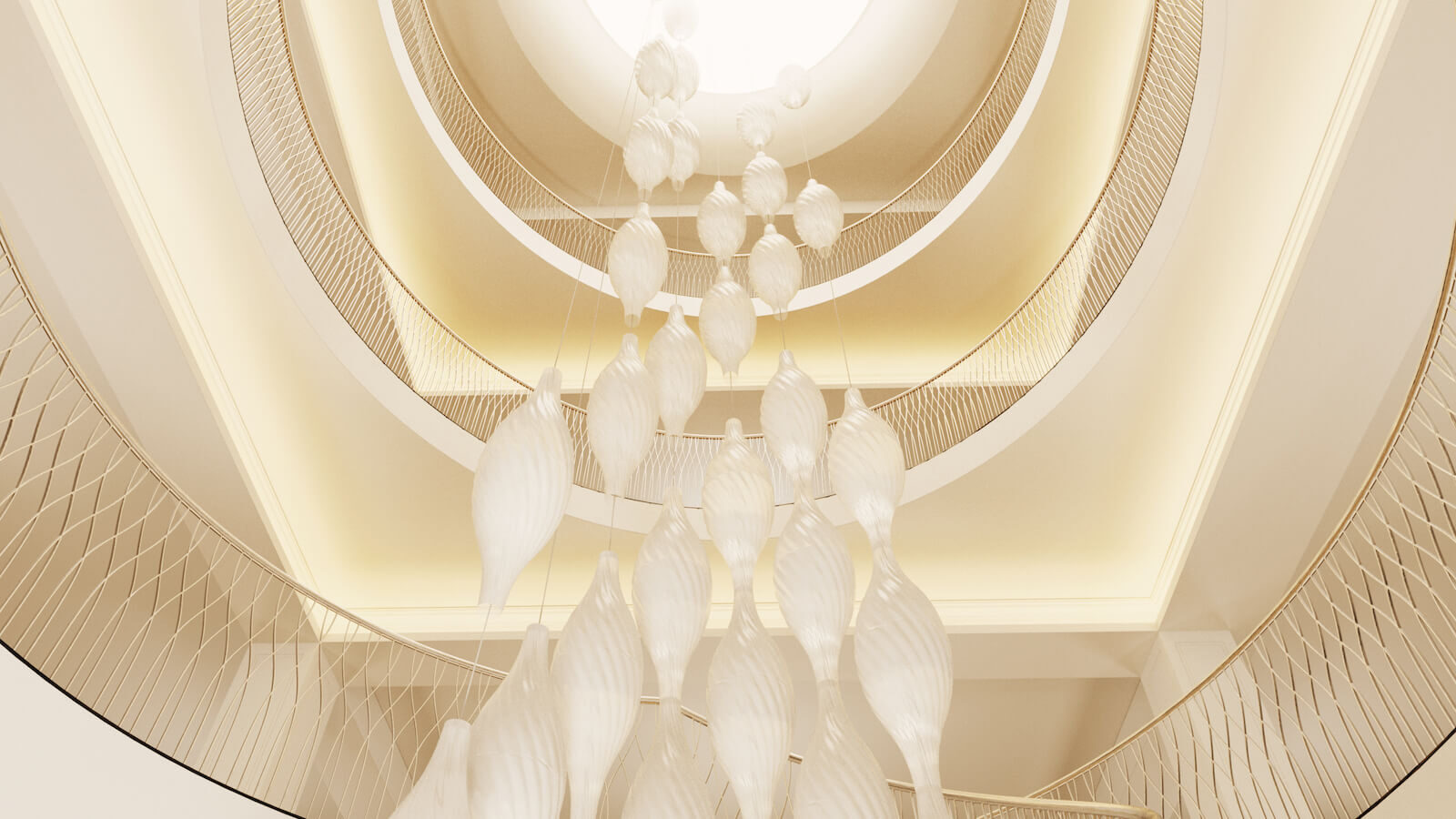 London Design Festival Takes the Pulse of an Evolving Industry

From 3D-printed beehives to pavilions bent out of ultra-low-carbon aluminum, a showcase for experimentation and innovation returns to the British capital.

One by one, each of the world’s design capitals is slowly returning to regularly scheduled programming. Across London, that means late September days of events, exhibitions and elaborate design installations. Arriving in the immediate aftermath of Milan’s SuperSalone, the London Design Festival‘s attractions provide another opportunity to get a sense of the prevailing mood in this new era of design.

Our key takeaways: many designers are aspiring to deliver a sense of calm or joy, sustainability has become an even stronger force behind conceptual work, and virtual installations are still a thing — even if they’re now playing out at in-person venues. We dug into five of the feature attractions that caught our eye. For those looking to check out the action up close, the festival runs until September 26. 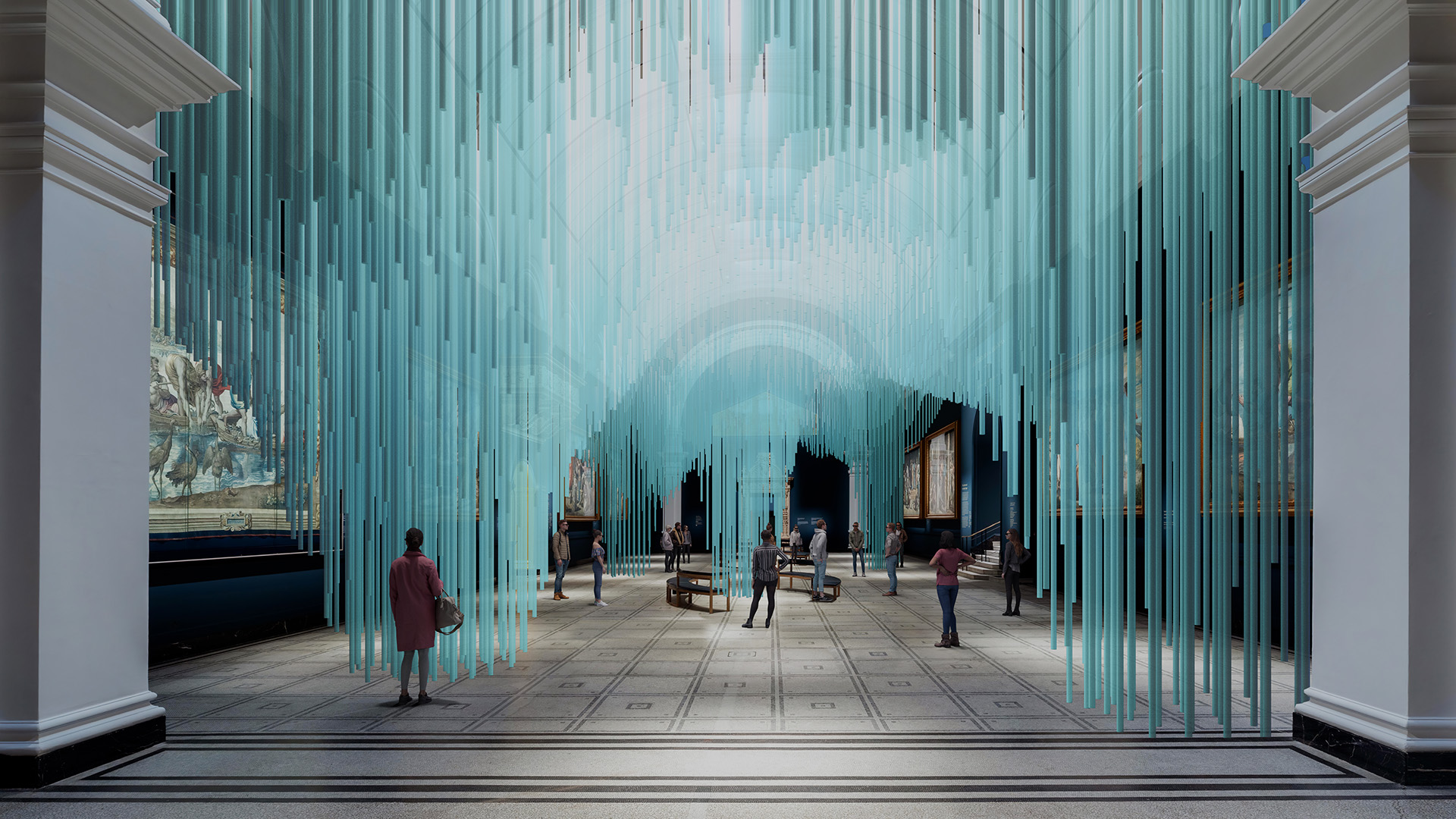 The term “shoulder season” has gained traction this year as a way to describe the period in between late summer and early fall. But perhaps it can also be applied to this strange moment where in-person events have returned, yet designers can’t quite seem to abandon the digital realm they’ve been working in for the past year and a half. Hence this virtual structure, which has been “built” inside of the V&A Museum, yet only reveals itself once you put on a pair of mixed-reality glasses. Audience movements reshape the neon stalactite-like composition on the fly, creating a shared experience meant to bring strangers together. The aurora borealis and the adult “medusa” stage of the jellyfish life cycle — in which the creature gains its signature tentacles — served as inspiration.

2
“The Cube by Velux” by Henning Larsen 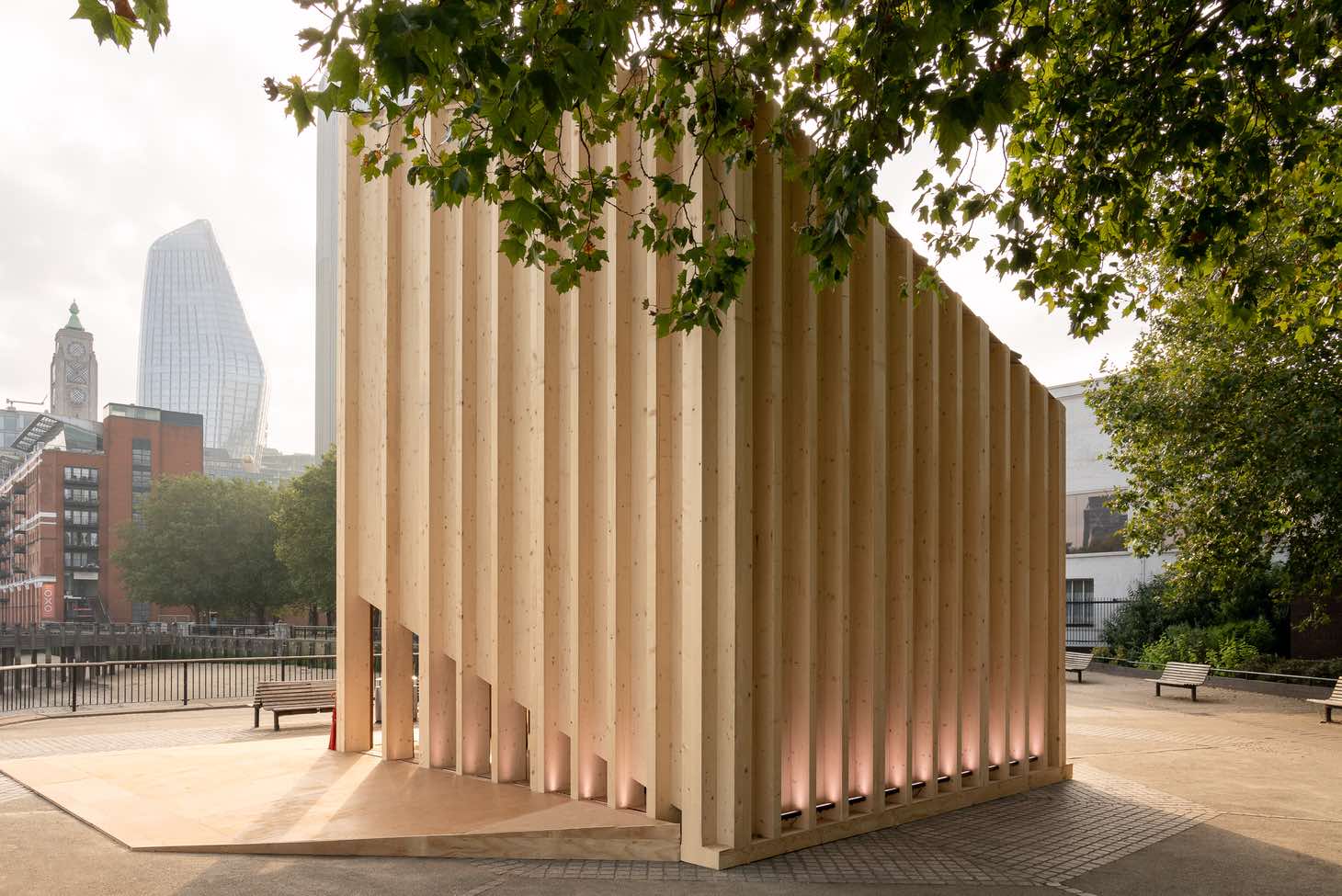 While the European Parliament voted in favour of scrapping Daylight Savings Time back in 2019, plans have since stalled. In the meantime, Danish architecture firm Henning Larsen is here to ensure that daylight continues to get its due respect. Installed at the South Bank’s Observation Point — normally a popular destination for its views of St. Paul’s Cathedral — this timber-clad cube encourages visitors to shift their focus upward. 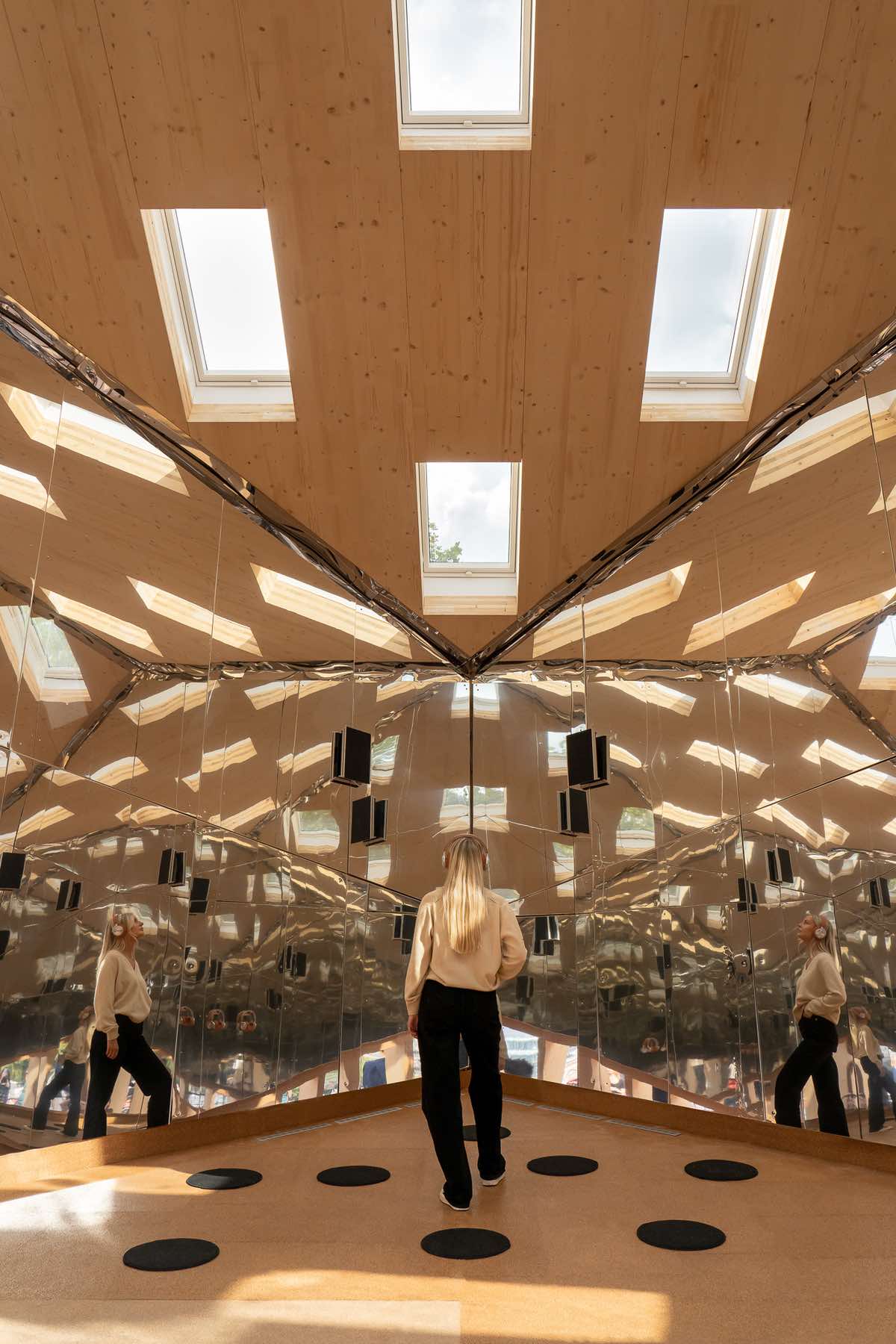 A grid of nine Velux skylights highlight the calming powers of fresh air and sunlight. Visitors can open and close the windows with a custom app, cueing different compositions by Danish DJ Kasper Bjørke. Consider the whole thing a reminder that clocks go back on October 31, so we should soak in the sun while we still can.

3
Between Forests and Skies” by Nebbia Works 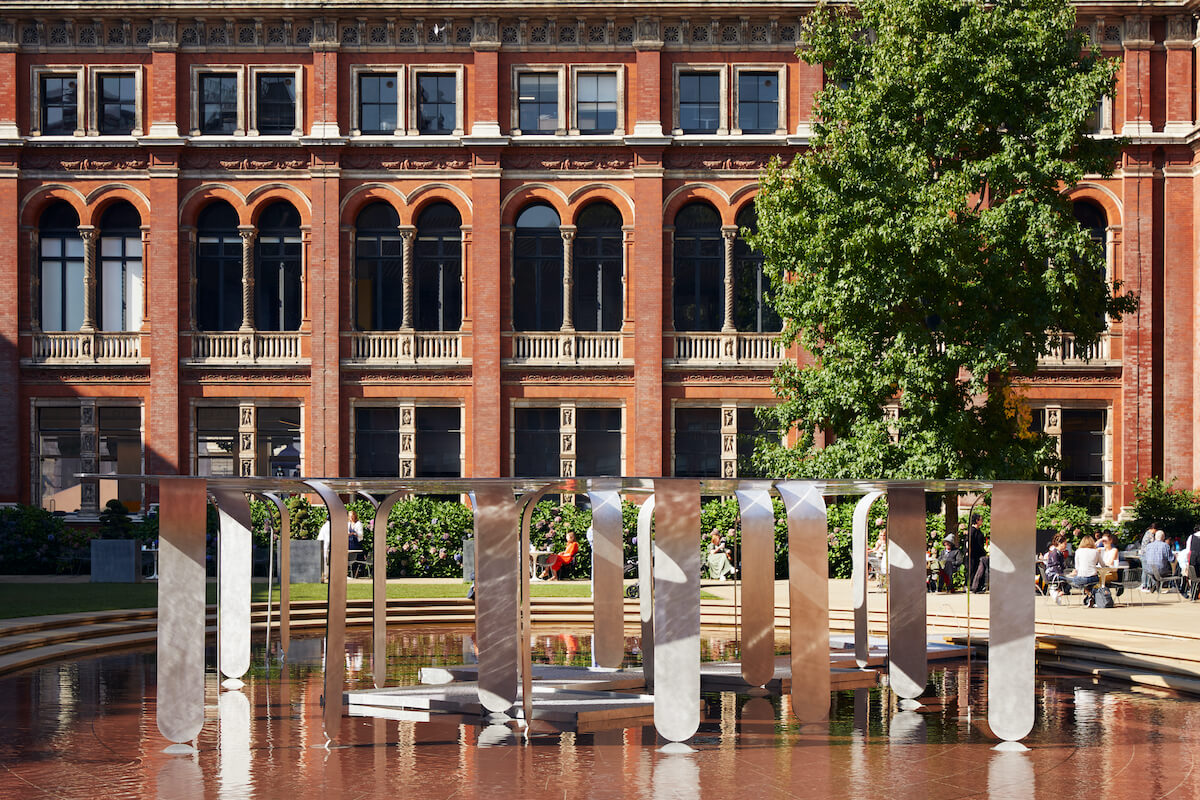 With last week’s iPhone 13 introductions, Apple reaffirmed that recycled — and infinitely recyclable — aluminum continues to be its material of choice for futuristic gadgetry. But London design studio Nebbia Works may have just one-upped the tech company by putting the material to work in an even more cutting-edge design. 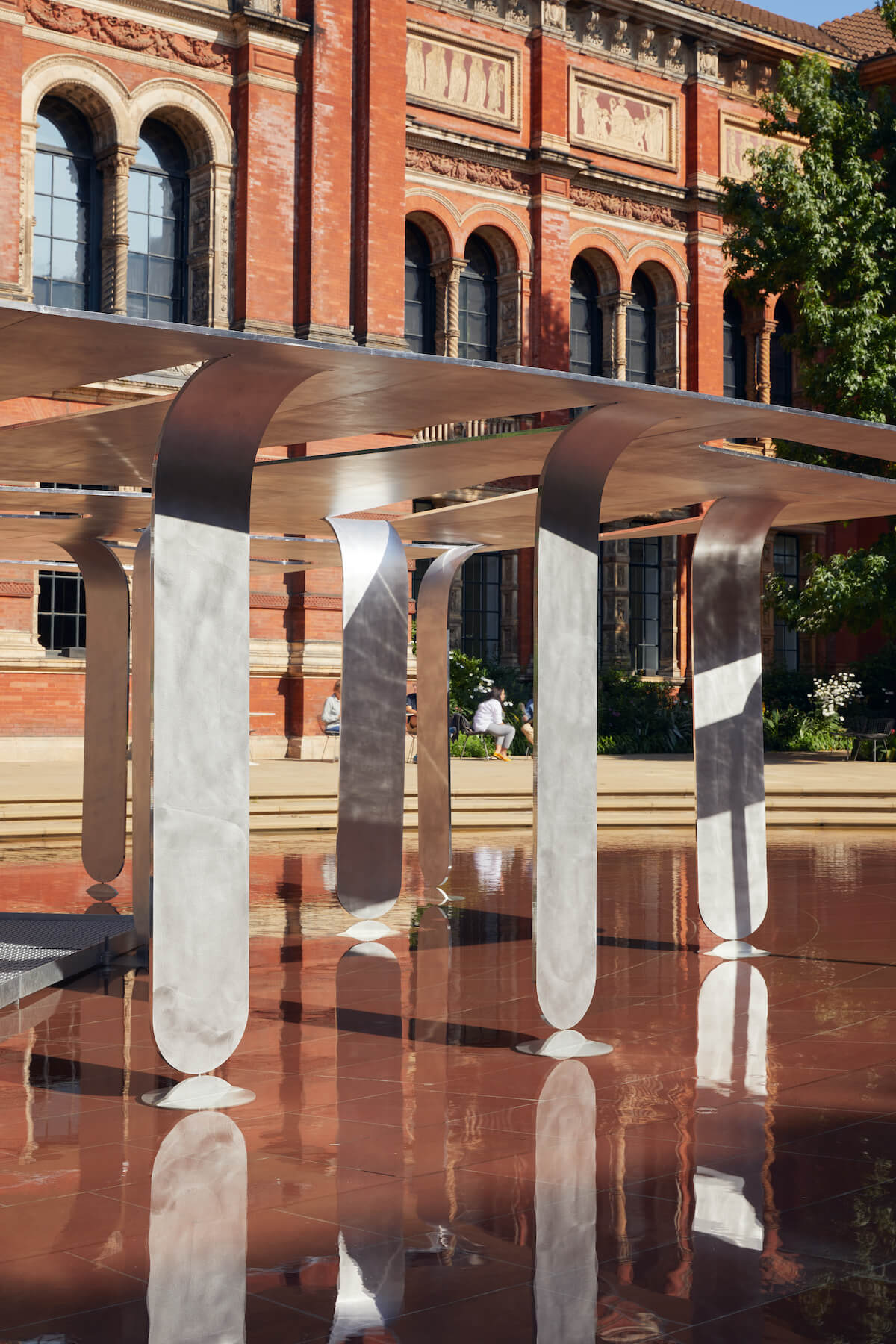 On display in V&A’s Madejski Garden, their pavilion employs a new, ultra-low-carbon version of the metal produced by Russian manufacturer En+ Group with minimal emissions. The structure is assembled from 27 sheets of the material, each featuring a single curved cut out that is bent and folded into a super-thin — but mega-strong — leg support. At the end of the installation, the aluminum will be melted down for use in future products. In other words, today’s design pavilion is next year’s smartphones. 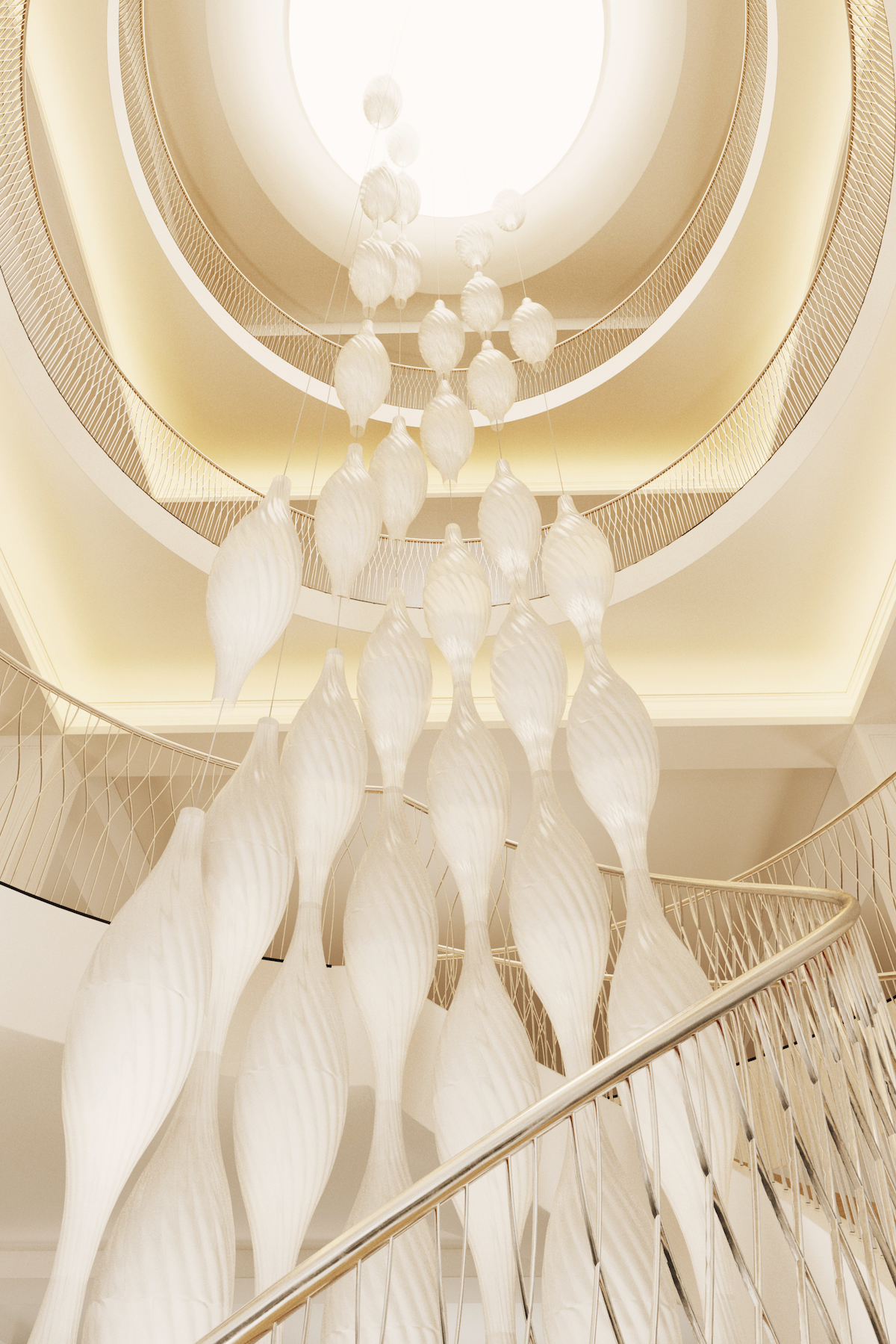 Early into the pandemic, as wild animals began popping up in urban environments, it was easy to imagine that city streets might gradually be reclaimed by the animal kingdom while humans evolved into an indoor species. Now that society is back to leaving the house again, it’s time to start investigating ways to co-exist in better harmony with the animal kingdom. Picadilly department store Fortnum and Mason, which dedicates its rooftop to beehives that help to bring all-important pollinators back to the city, offers some inspiration. Drawing attention to the idea of “rewilding” urban environments, French architect Arthur Mamou-Mani has filled the store’s atrium with sculptural, 3D-printed beehives made from fermented sugar that can be easily composted after the exhibition closes. 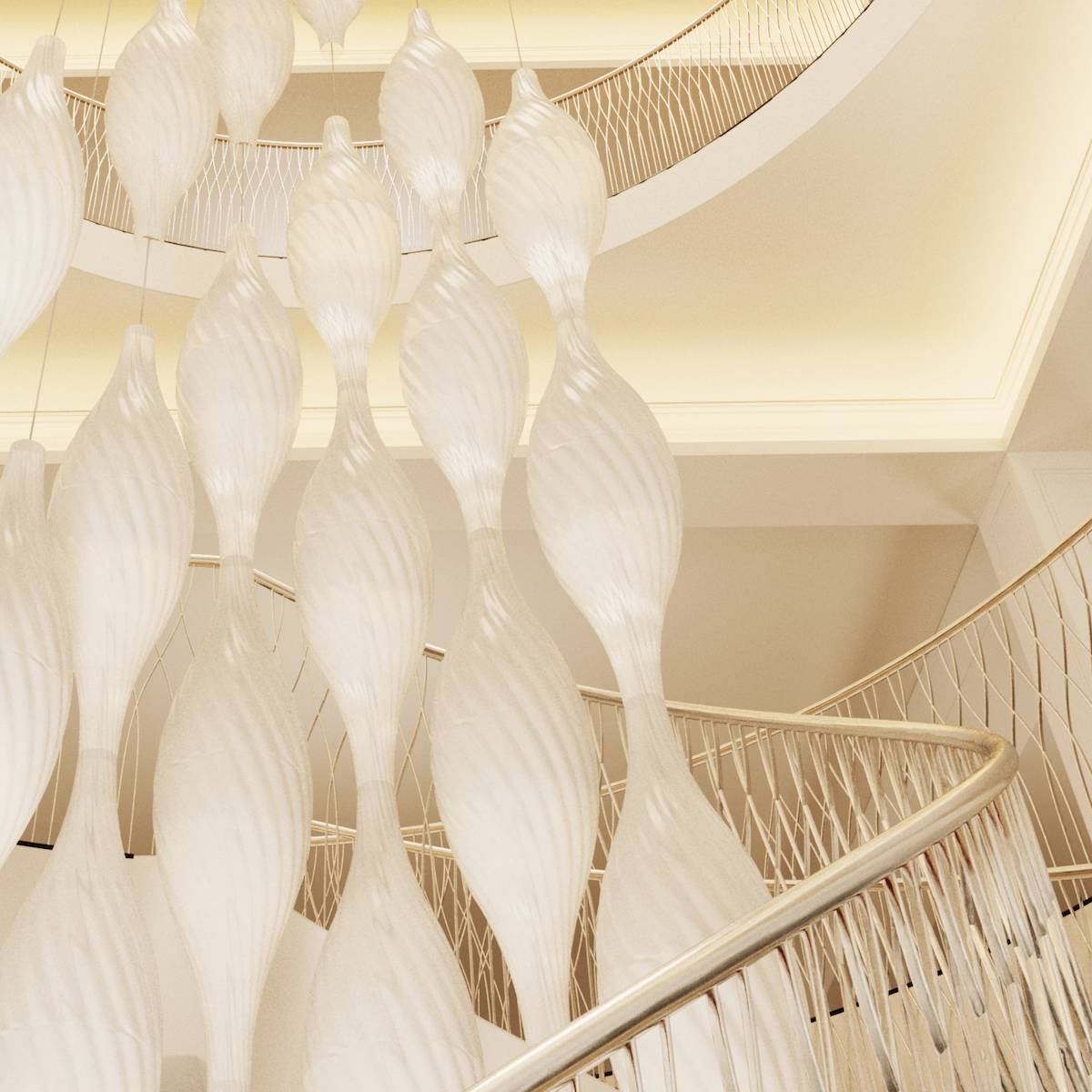 5
“Bring London Together” by Yinka Ilori 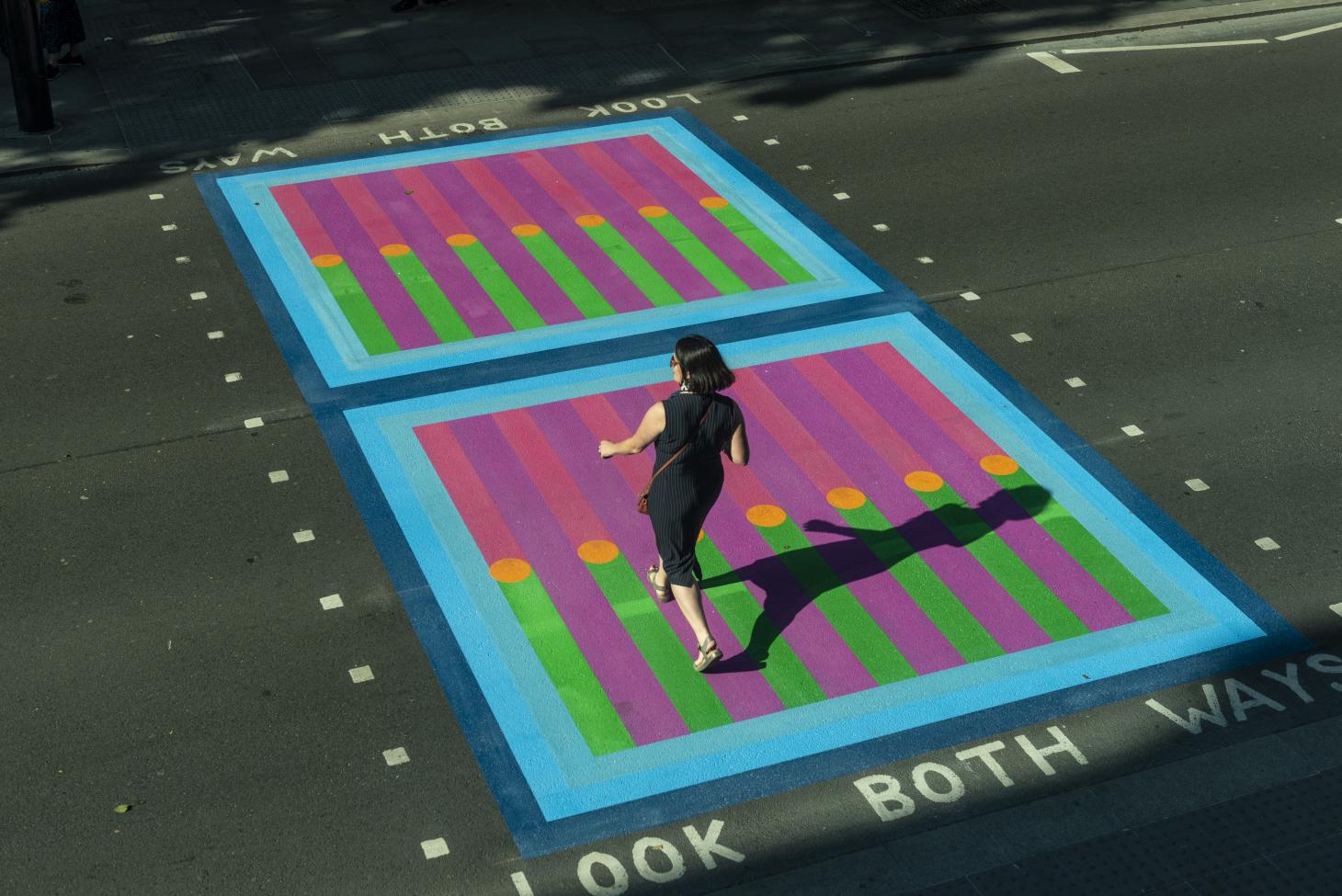 Lockdown walks brought fresh attention to the everyday design elements that define our neighbourhoods — and to the fact that playfulness and whimsy remain all too rare in most urban landscapes, despite the simple joy they can deliver. Seeking to remedy this, designer Yinka Ilori — winner of the Emerging Design Medal at last year’s festival — has swapped out the typical black and white stripes of 11 London crosswalks with geometric patterns composed of bright neon colours. Meant to draw Londoners out into the streets and unite them in a shared sense of fun, the project also encompasses an additional seven crossings created by University of the Arts London students. It remains to be seen if someone can convince Paul McCartney or Ringo Starr to pose for a photo mid-walk.

From 3D-printed beehives to pavilions bent out of ultra-low-carbon aluminum, a showcase for experimentation and innovation returns to the British capital.