We are in Dark Mode in May. Find out why
Looolo takes Manhattan
Jo Notkin's company, Looolo, is known for gorgeously textured knits and felted cushions. This February, she's using a recently-won grant to take Looolo to the New York International Gift Fair with a raft of new products. Azuremagazine.com takes a sneak peek. 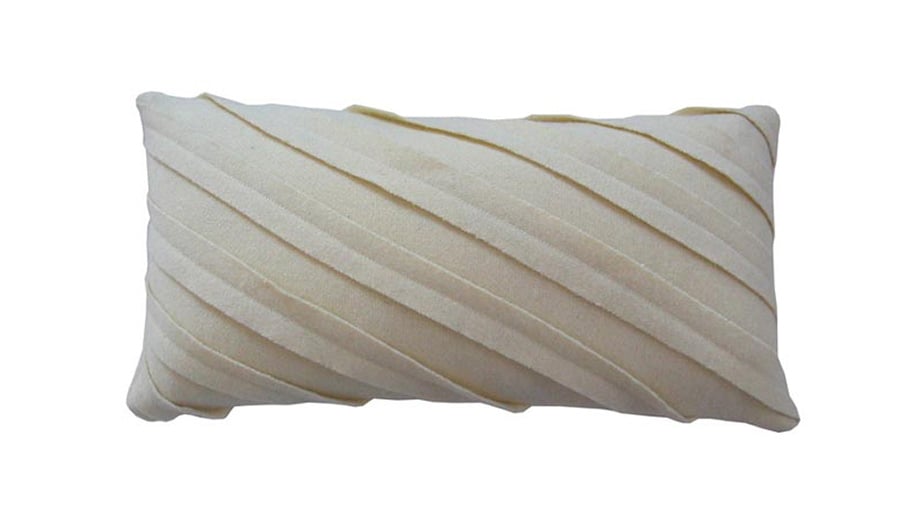 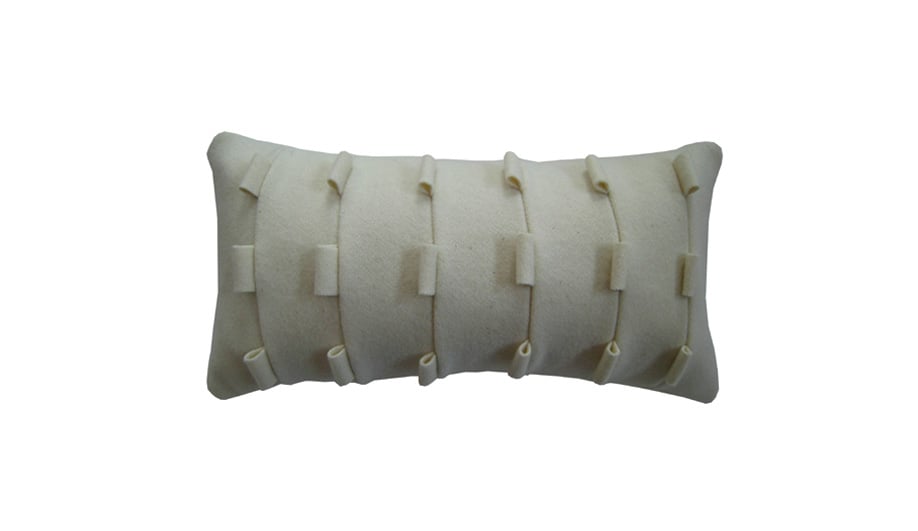 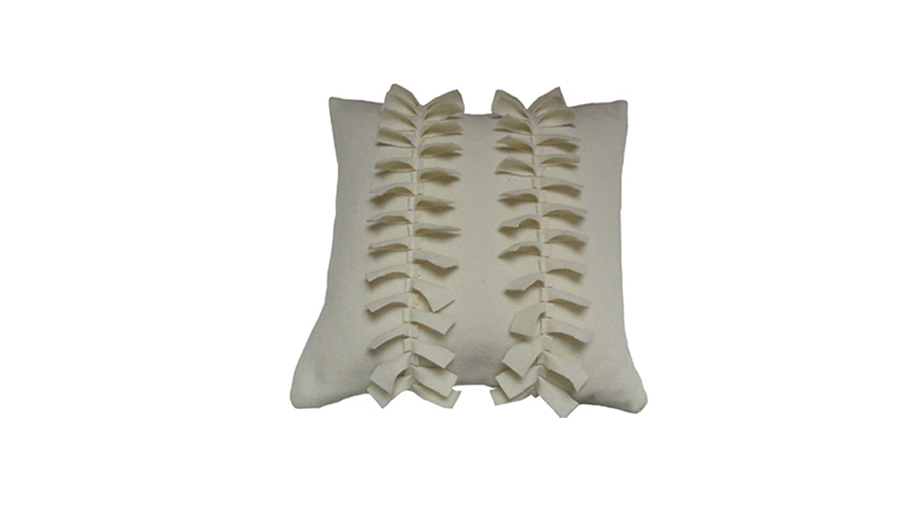 “I sleep with a book of vintage Vogue illustrations under my pillow!” says Jo Notkin. “I’m hoping that somehow, by osmosis, ideas will seep through.” On the phone from her studio in Montreal, Notkin is joking about the creative process behind her most recent designs, a set of cushions called Madame and Mademoiselle. Each cushion features strips of organic Melton wool, a kind of felted wool that can be used to create structured appliqued shapes.

“The original inspiration came from 1919 illustrations from Helen Dryden,” Notkin says. A prolific American commercial illustrator active during the interwar period, Dryden produced strikingly composed images of sleek, gorgeously clad women in a style that echoes japonisme and Art Nouveau. “I was struck by the textural, stylized, over-the-top drawings of Parisian scenes,” says Notkin. “So I took one little element to create the looks for both Madame and Mademoiselle.”

The name Looolo is a reinterpretation of the number 100% – taking the zeros as Os and 1s as Ls to create a word. The 100% stands for 100% sustainable, one of Notkin’s guiding principles as a designer. She uses only organic wools and biodegradable dyes, so each product can, quite literally, be tossed in a composter to biodegrade once it has reached the end of its life cycle. The cushions use no zippers, and the organic cotton canvas frames are stuffed with Indonesian kapok, a fibre from the Ceiba tree seed pod.

Melton wool is a new fabric: Notkin found it in a back-and-forth discussion with a Vermont wool manufacturer. “I was using wools from Switzerland, and for environmental reasons wanted to source my wool locally,” she says. “What I liked so much about this is that it’s woven: lots of felts are non-woven. Yet because it is felt, it’s easy to work with – it isn’t as loose as some of the knits I use.” The felt also crops up on her line of Armadillo cushions – which feature loose loops setting off flat planes of fabric, creating a knobbly textured surface that subtly echoes an armadillo’s armor. Rounding out her new offerings are the Fly cushions, which are lined with felt ribbons, as though a host of butterflies landed on the cushion and aligned themselves into two neat rows.

There’s nothing orderly, Notkin says, about getting ahead in the world of textile product design: “I feel like I haven’t taken any time off in three years,” she says. But her hard work is starting to pay off. In September, Notkin won a business development grant from New York fashion designer Eileen Fisher. She’s put the bulk of the grant towards developing new products and a strategy for launching them at the gift show. But she’s also expanding in other ways, hiring three employees in the past six months to help her keep up with demand. “Growing fast is hectic,” she says, “but to my mind, it’s still not fast enough!” Watch for new designs prior to her launch in Feburary.