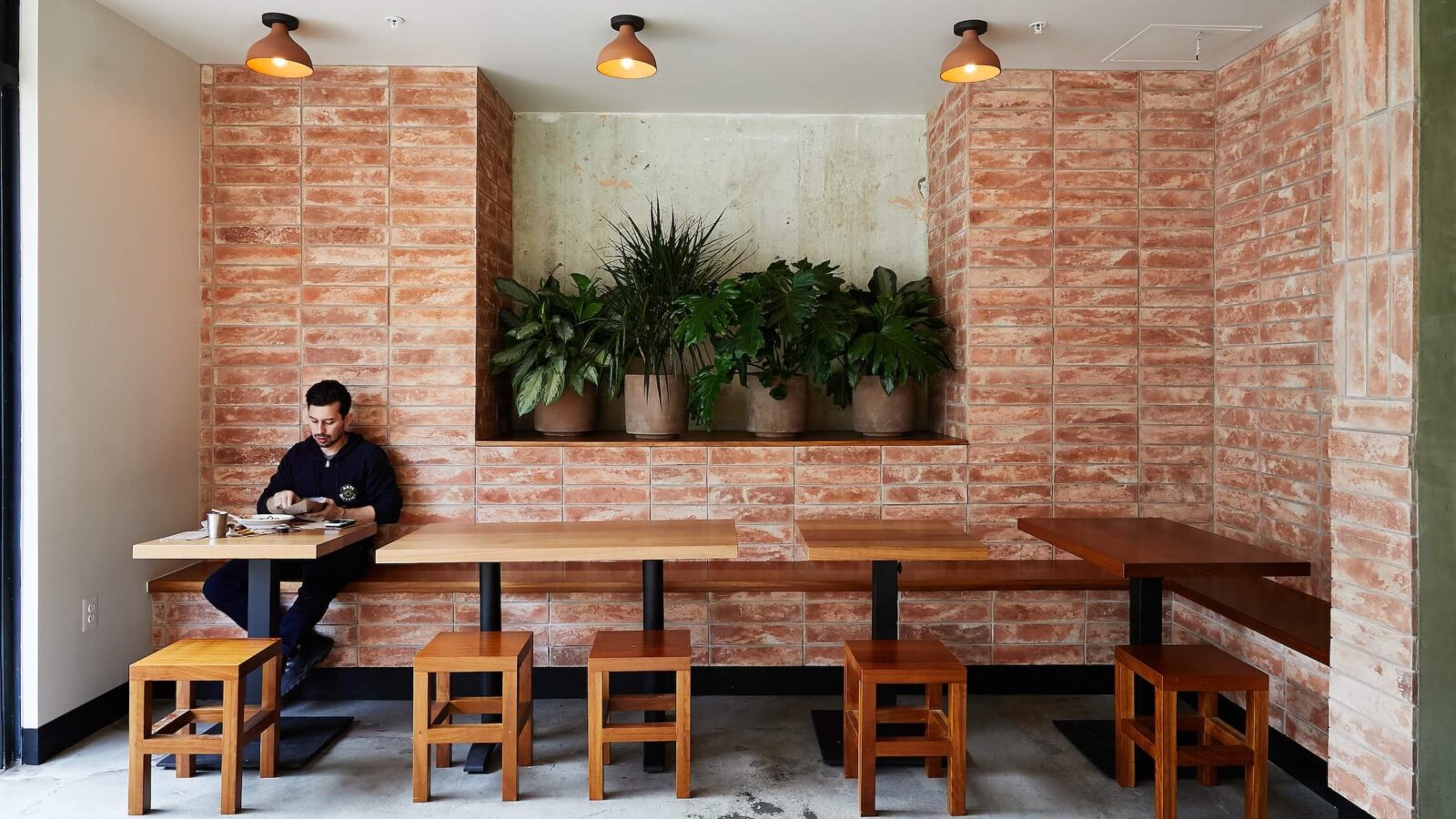 The Handcrafted Look of This L.A. Taqueria is as Evocative of Mexico as its Food

For some time now, the buzzword among the world’s most ambitious restaurateurs has been “authenticity,” but it doesn’t just apply to menus anymore. To enhance the experience of digging into a national or regional cuisine, for instance, many chefs and owners have been aiming to create a genuine sense of place in addition to perfecting taste. That’s what the family behind Los Angeles’ popular Loqui taqueria had in mind when it enlisted Wick Architecture & Design to realize its second location in the city. The result, in the up-and-coming Arts District, is a 125-square-metre eatery as evocative of Mexico’s Baja California as Loqui’s prized corn tortillas.

The brand’s original restaurant, a “mom-and-pop-style” establishment in Culver City, “has earned a lot of street credit,” says David Wick, principal and lead designer of Wick Architecture & Design, “but the new location captures the essence of the business and provides Loqui with an aesthetic branding.” That aesthetic in a nutshell: Baja rusticity as envisioned through a SoCal lens.

To achieve the desired look, Wick paired up with Andrew Lindley, principal and lead designer of LAND Design Studio, whose expertise in the field in shell and core design came in handy at the Loqui site: a “blank slate” on the ground floor of a four-storey concrete building that had been converted for office and hospitality use. The designers opted to keep the concrete floors and ceilings they inherited, cleaning up any unsightly elements by removing some redundant components and strategically erecting walls to conceal others.

With the restaurant’s envelope effectively carved out, Wick and Lindley worked toward defining and connecting its specific spaces and functions, including a kitchen, a service line, a small dining room and a patio in a recessed rear courtyard. They did this largely through the use of terracotta bricks — a traditional Mexican material — both inside and outdoors.

Inside the restaurant, Lindley notes, “the brick encapsulates three sides, including the service line and kitchen, the portal to the restrooms and the dining area.” For visual interest, the bricks were arrayed in both vertical and horizontal patterns, with the occasional raised brick punctuating surfaces.

In addition to the brickwork, olive green stucco was used to finish a restroom corridor, while tiles with subtle blue trim serve as a backdrop to the kitchen. “One of the things that we wanted to avoid was the clinical feel that kitchen areas often project in small restaurant spaces like this,” Lindley says, adding that the blue edges of the tiles “definitely soften the aesthetics.”

Of the restaurant’s various zones, the outdoor patio, which adds another 64 square metres to Loqui, may have been the most challenging to pull off: Although it’s located in a courtyard at the rear of the building, it’s also Loqui’s main entrance, requiring it to be both prominent and welcoming.

To link it to the interior, low barrier walls and a central island made of the same terracotta bricks used inside were erected. Both the low walls and a wall of windows are edged with black patinated steel, while the building facade is defined by stained oak panelling. Reinforcing the “authentic Baja feel” is an abundance of neatly groomed cacti and other vegetation.

Overall, say the designers, “the focus was on building something rustic that wasn’t overthought or overwrought, resulting in material selections that could be found on a construction site.” The allusion is an apt one. If authenticity can be constructed, Wick and Lindley have provided a blueprint with Loqui’s newest outpost, a rich yet understated space straddling the borders of food, culture and ambience with seemingly effortless gusto.