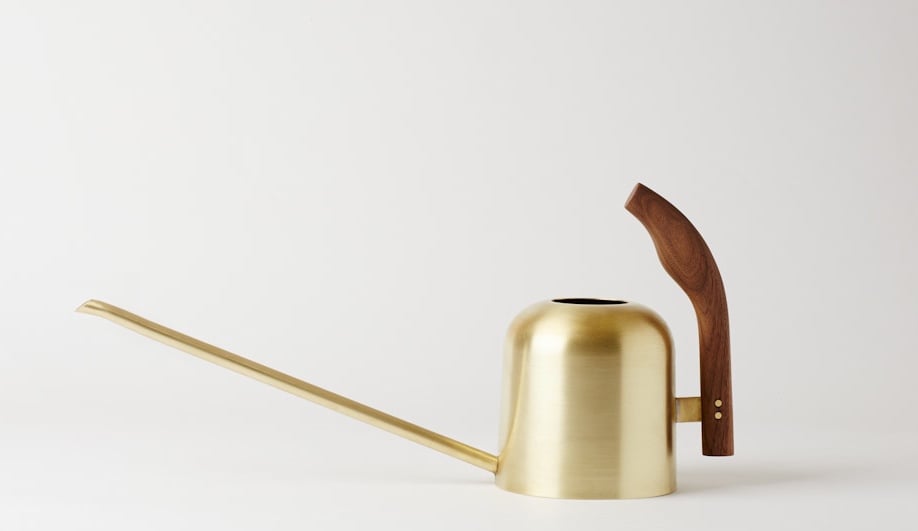 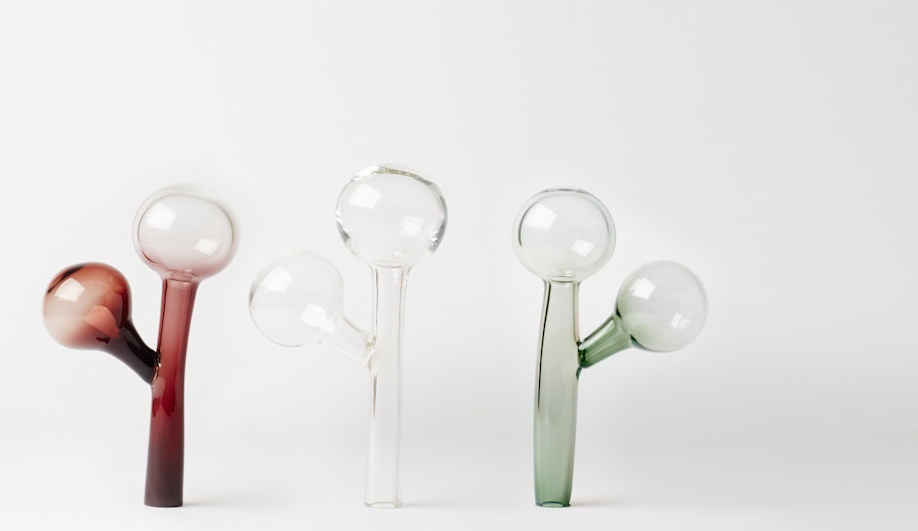 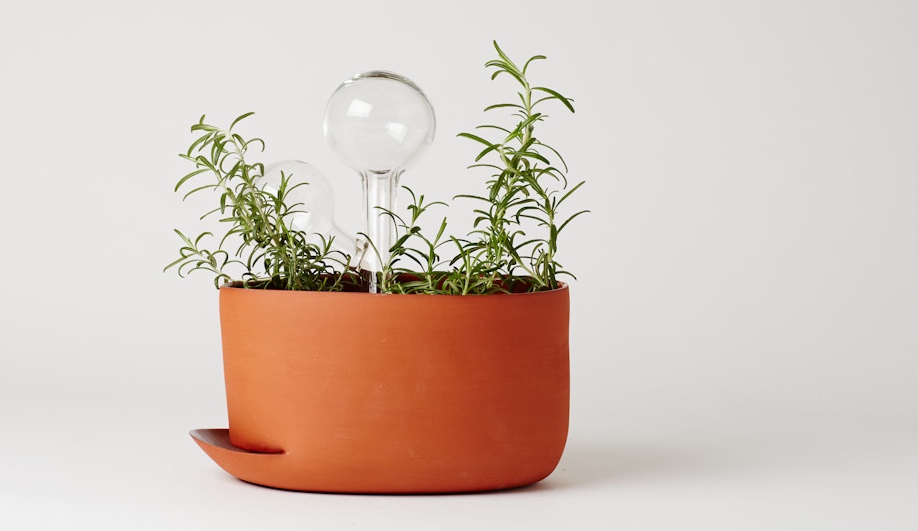 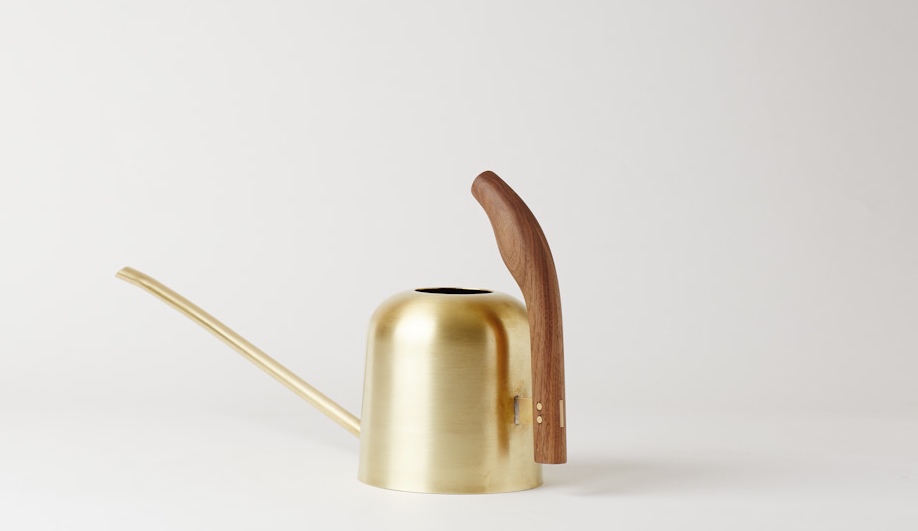 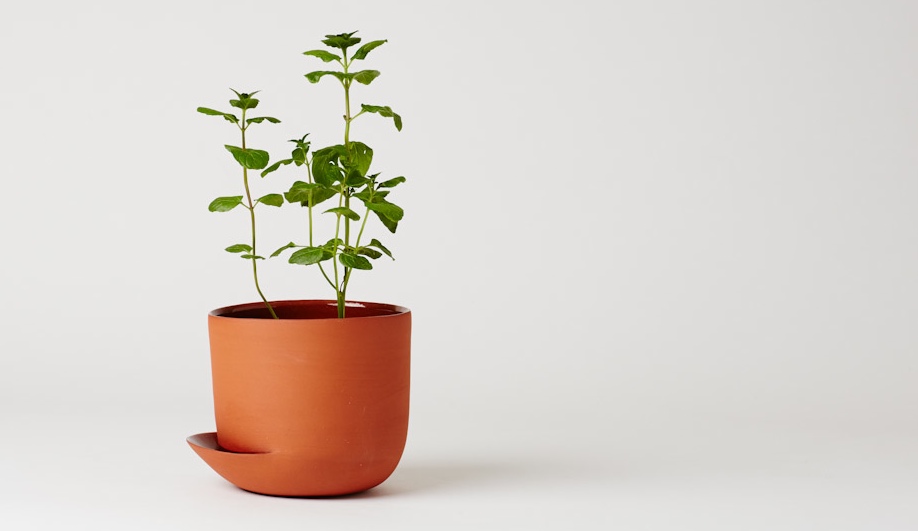 For a few years now, Mjölk, the Toronto showroom helmed by John and Juli Baker, has been developing the Mjölk Made collection. The furniture shop pairs an international designer with local artisans to design and craft a small housewares line. In the past, Claesson Koivisto Rune has created the Ceremony tea set; and Luca Nichetto has devised two collections – the Sucabaruca coffee pot, cups and tray, and the Aureola tea set. Both designer collaborations were well received, and ended up traveling to the Stockholm Furniture Fair for their international debuts.

Last week, Mjölk debuted the Indoor Gardening Project by Anderssen & Voll – the result of a serendipitous meeting. The Oslo design duo is made up of Torbjørn Anderssen and Espen Voll – former founding members of Norway Says – who have designed everything from fun, poppy stools for Magis and elegant lights for Foscarini, to vibrant pepper mills for Wrong for Hay and plaid blankets for Røros Tweed.

They had read about Mjölk’s owners in a shelter magazine, where they were delighted to see themselves name-dropped as a favourite designer of the Bakers. So they emailed the shop, and sparked a new idea for a collection. Inspired partly by studies showing that people who garden are happier than those who don’t have green thumbs, the duo set out to create a series of tools that improve on existing ones and add beauty to the indoor gardening ritual. At a talk they gave at the showroom during last week’s launch, Anderssen explained that the challenge was in designing for two users: the person and the plant.

They started with the watering can – featuring a long, thin spout, a luxurious wooden handle and a soft metallic finish – and refined their sketches through a back and forth dialogue with Mjölk. The collection also contains blown glass water bulbs and two types of terracotta planters – small ones resting on ornamental discs for cacti and larger herb pots with lip-like incisions along the bottom – that allow you to water the roots directly and easily drain the excess. All of the prototypes were realized by Toronto artisans. The metal workshop Harnisch hand-spun the watering can; and its hardwood handle was crafted by Urban Product. Ceramist Filipa Pimental made all the pottery, by hand-throwing the pieces, and Gregor Herman is the glass glower behind the water saver bulbs.

The collection’s emphasis on uniting an international designer with local production fits in with Anderssen and Voll’s own experiences over the years. Because Norwegian manufacturing is in decline, the duo have made a career out of seizing opportunities outside their Oslo base – from Danish companies closer to home, like Muuto, to family-run Italian companies where production is highly localized. And they’ve even developed a bit of a philosophy about how designers in declining manufacturing industries can find new ways to grow in tough times: “Without a strong industry as a unifying platform, the designers spread out to form a richer and more varied field. Norwegian design should be viewed as an independant exporting industry of its own: Made in Canada – Designed in Norway.”

The duo first saw the prototypes of the Indoor Watering Project when they arrived in Toronto. After spending some time tweaking them, the items will become available for order through Mjölk in the coming months.