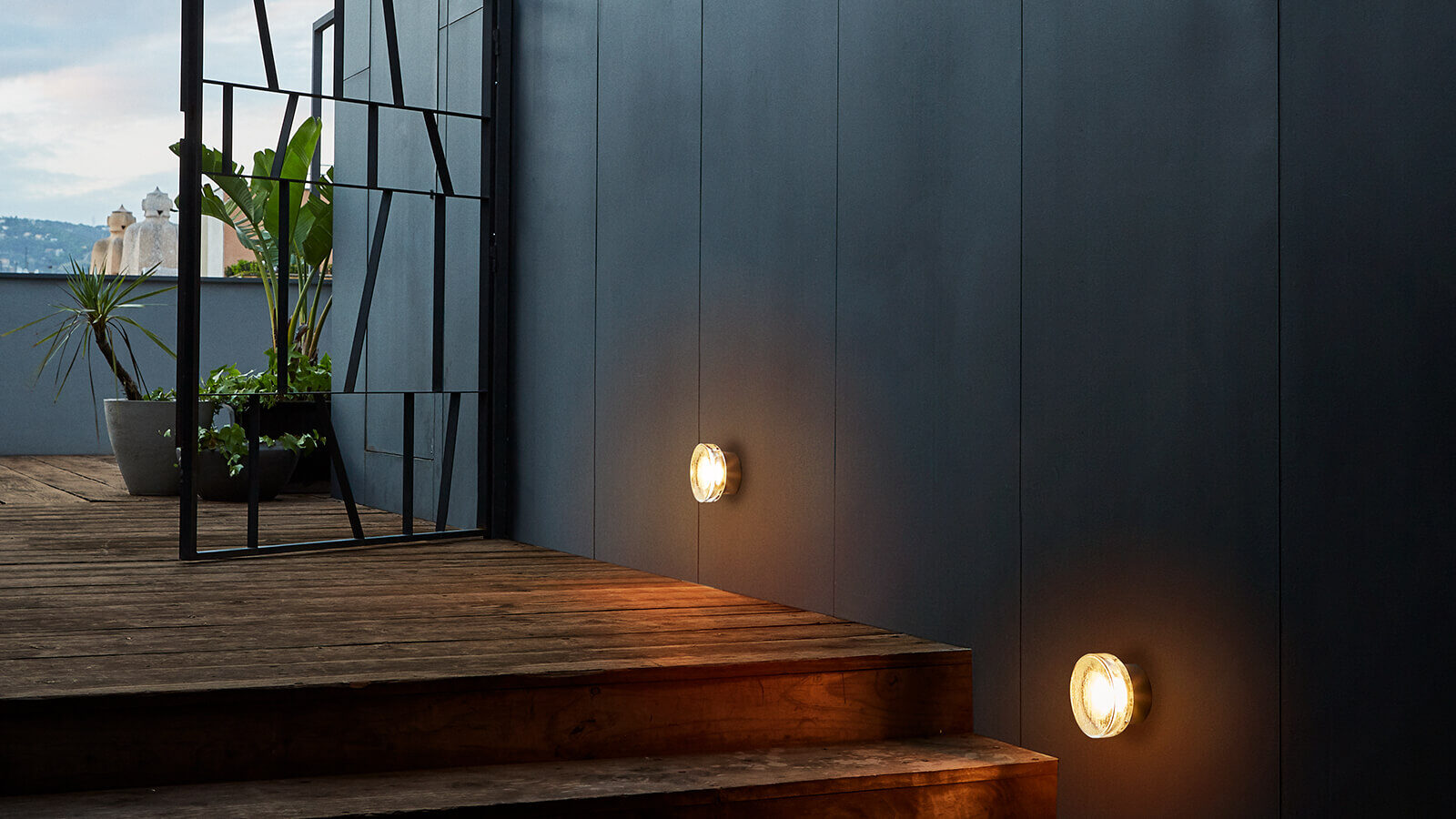 As the days stretch longer and the nights grow warmer, the rhythms of daily life begin to shift outdoors. From al fresco dining to tranquil garden retreats, open air living offers a wealth of sociable and private experiences. For acclaimed Spanish lighting innovator Marset, it’s also an opportunity to create a dialogue between design and landscape, all while translating the firm’s trademark warmth — and style — into a new context.

According to Joan Gaspar, Marset’s head of design, the company’s new outdoor collection represents a belief that lighting “should complement the environment.” Gaspar’s Ginger Bollard is a case in point. An outdoor adaptation of the now-classic Ginger lamp, the slim lights combine a delicate and elegantly understated presence with a durable outdoor light source. 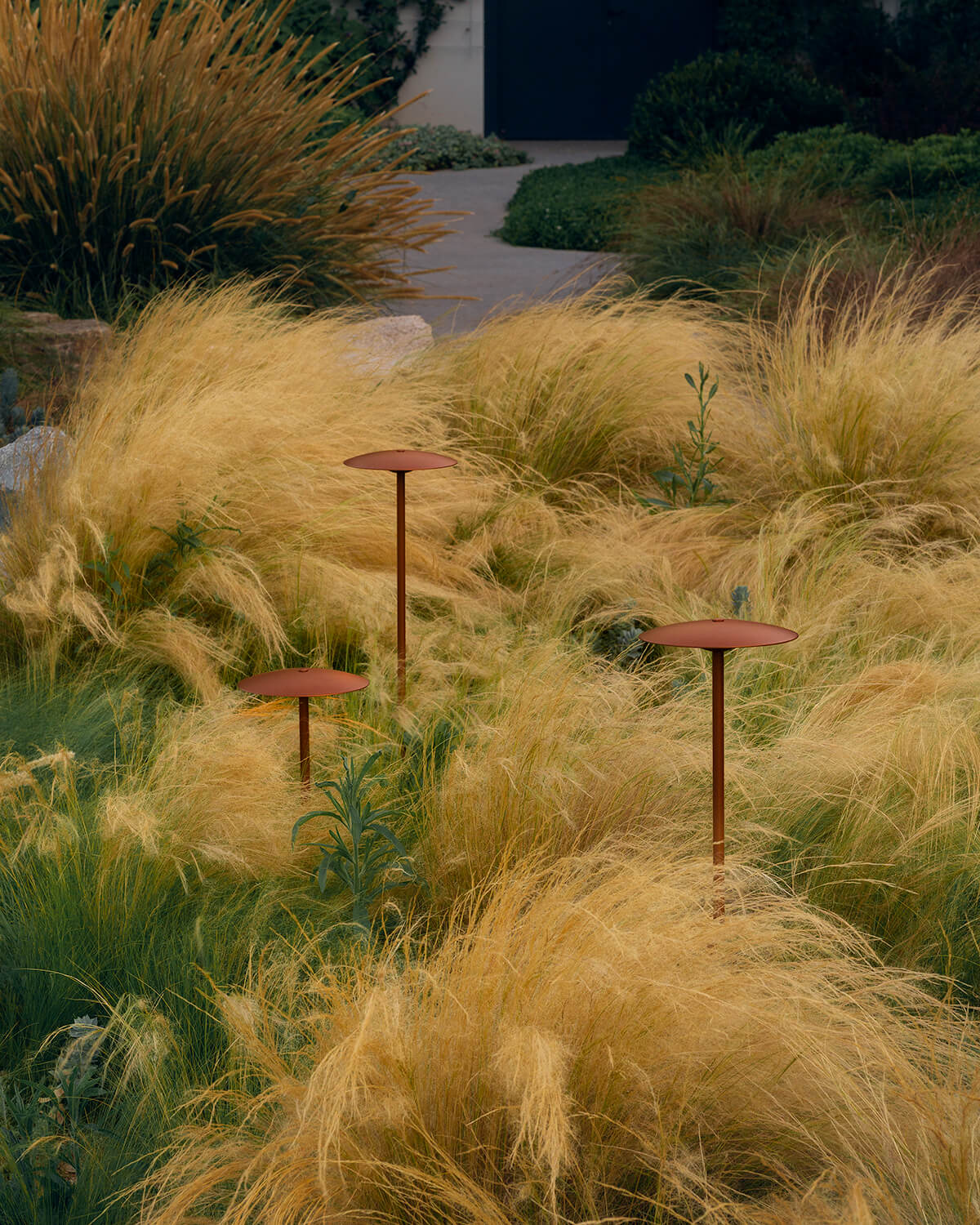 Set to launch in July, the bollard-style LED offers an impressive 480 lumens of light, while its hard-wearing lacquered aluminum frame belies its graceful appearance. Suitable for gardens, terraces and pathways, the Ginger Bollard is available in three heights, making for a versatile design. Imbued with a residential panache, it’s also a far cry from the heavy, infrastructural fixtures that often characterize outdoor lighting. 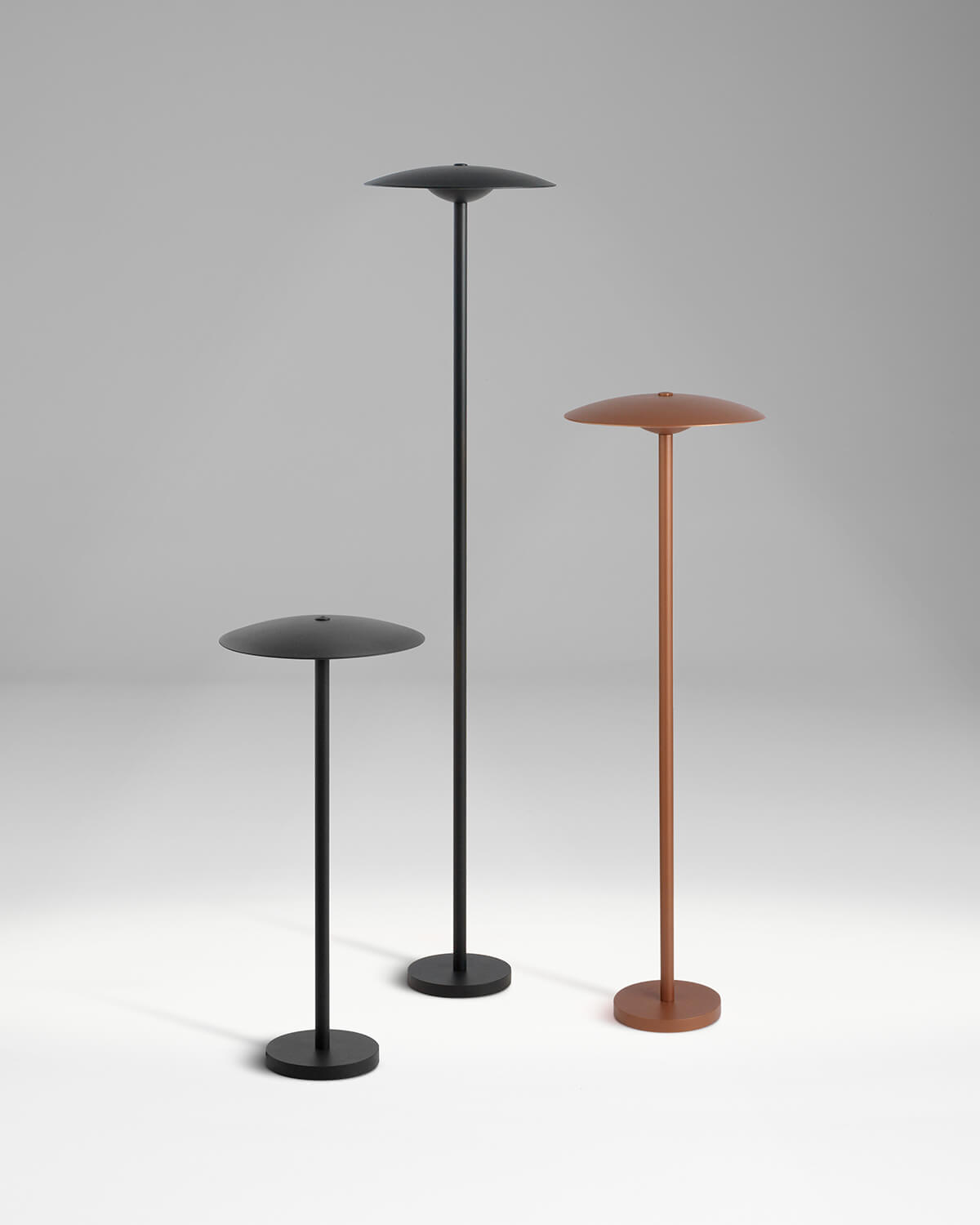 For Gaspar, the design represents a natural evolution of Marset’s indoor collection. “Conceptually, we stand by our principles of design and matter —giving prominence to spaces, both day and night, as is already the case with our interior line,” he stresses. 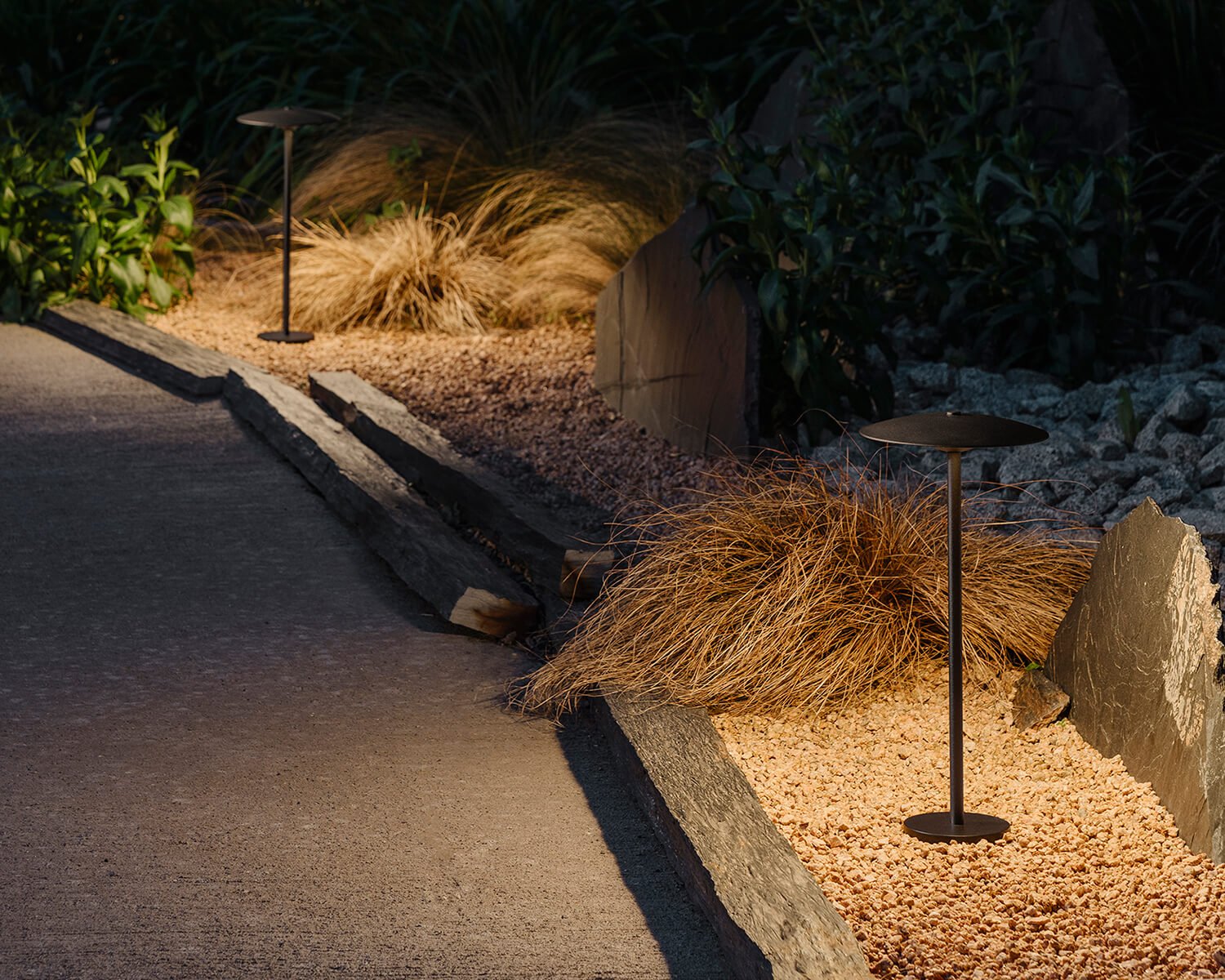 It’s an ethos that carries through to Gaspar’s distinctive Roc wall sconce. Defined by a pressed-glass diffuser resembling a block of ice, the indoor-outdoor fixture is elevated by an almost organic, tactile appearance. The alluring aesthetic is paired with impressive technical performance; Roc’s LED board provides 544 delivered lumens, and is also dimmable. 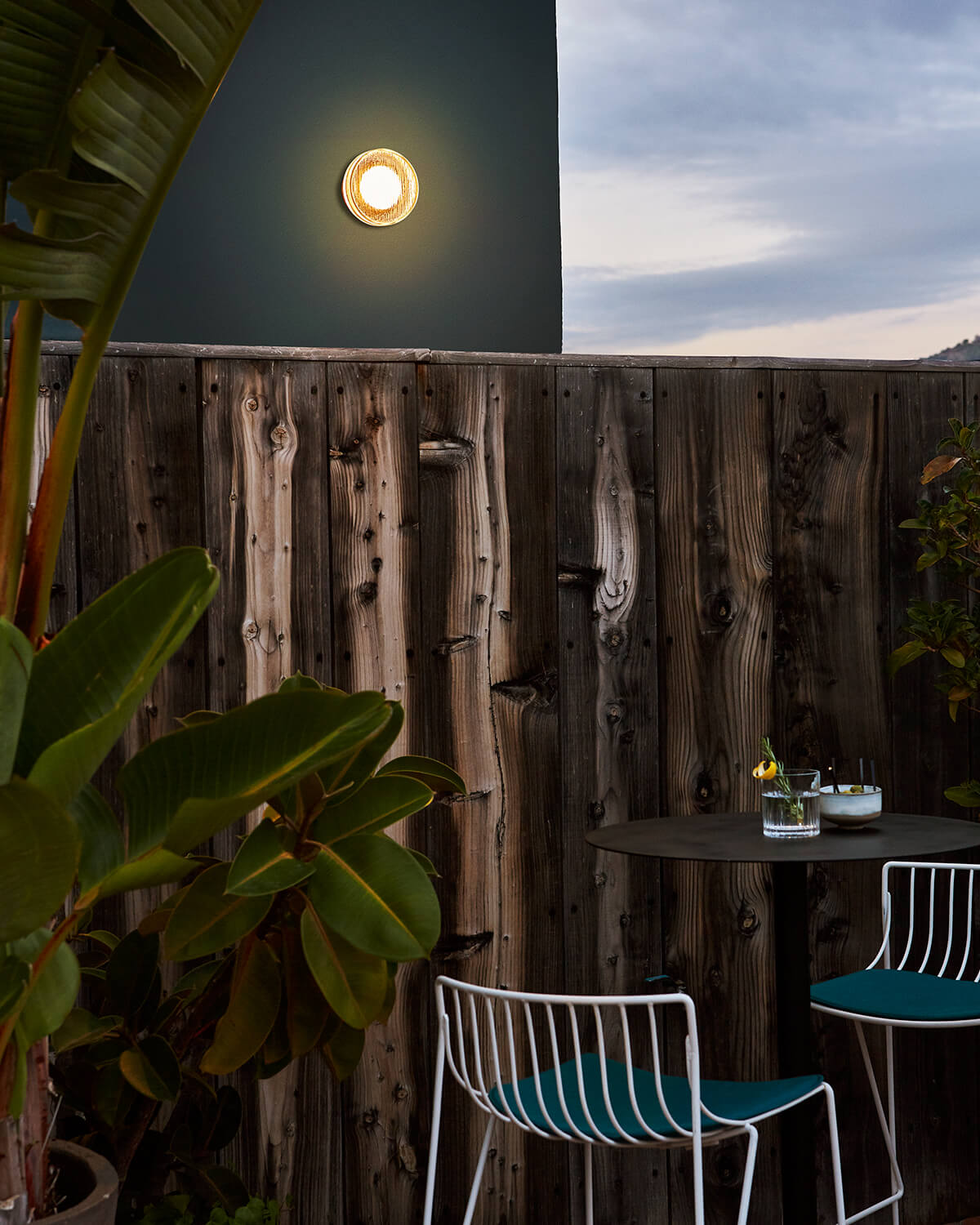 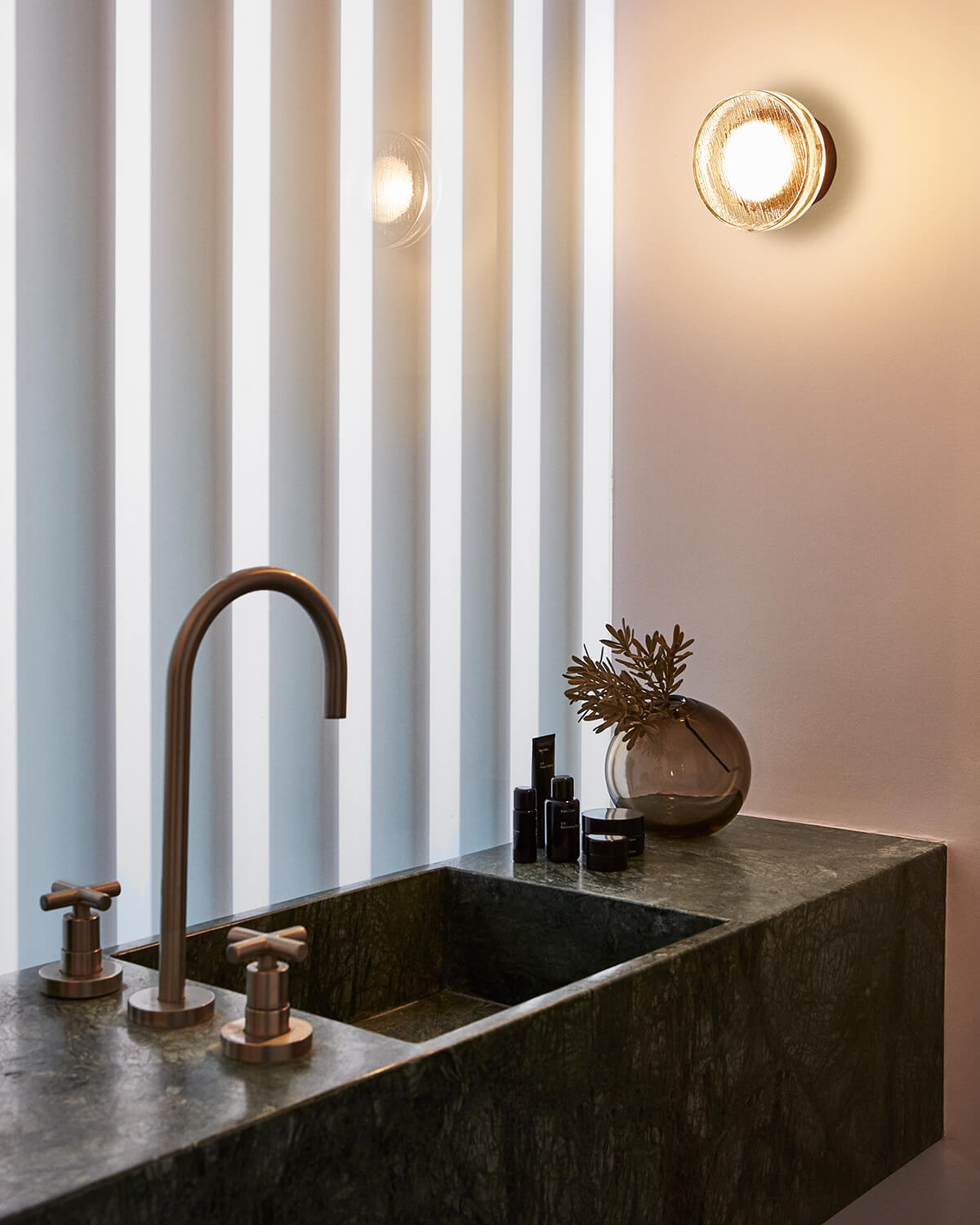 Designed by Marco Zanuso Jr., the Babila wall sconce makes a more declarative statement. Offered in seven or 11-inch diameters, the chrome-plated aluminum luminaire is distinguished by its sleek mirrored surface, which reflects its surroundings in a mesmerizing panorama. Simple and undeniably sophisticated, Babila is a showpiece accent. The dimmable LED provides warm reflected light at 2700K, contouring its surroundings with a soft, indirect glow. 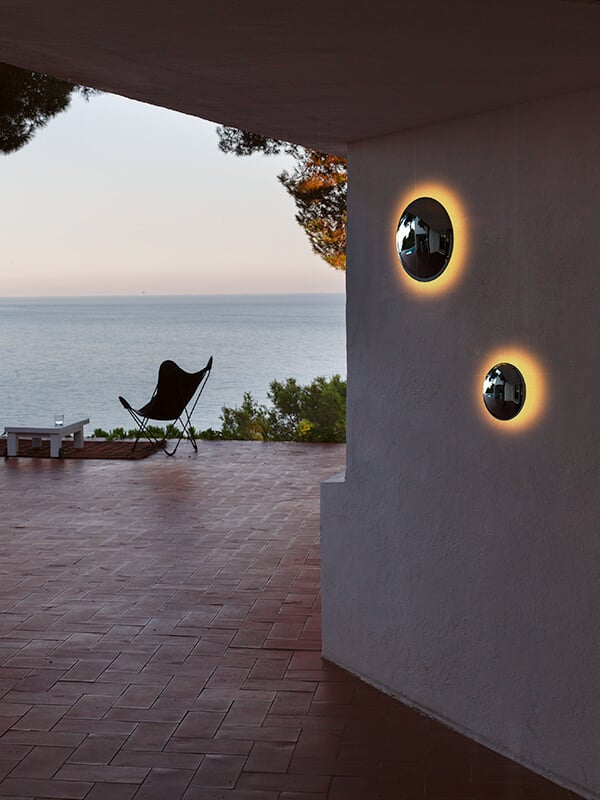 “The initial idea was to create an object that produces a pleasant indirect light that can also reflect the changing sunlight during the day, the passage of clouds, and nature,” says Zanuso Jr., “and, at the same time, emit artificial light when natural light is gone.” It makes for a seamless combination of natural and artificial light — and a seamless transition between indoor and outdoor life. 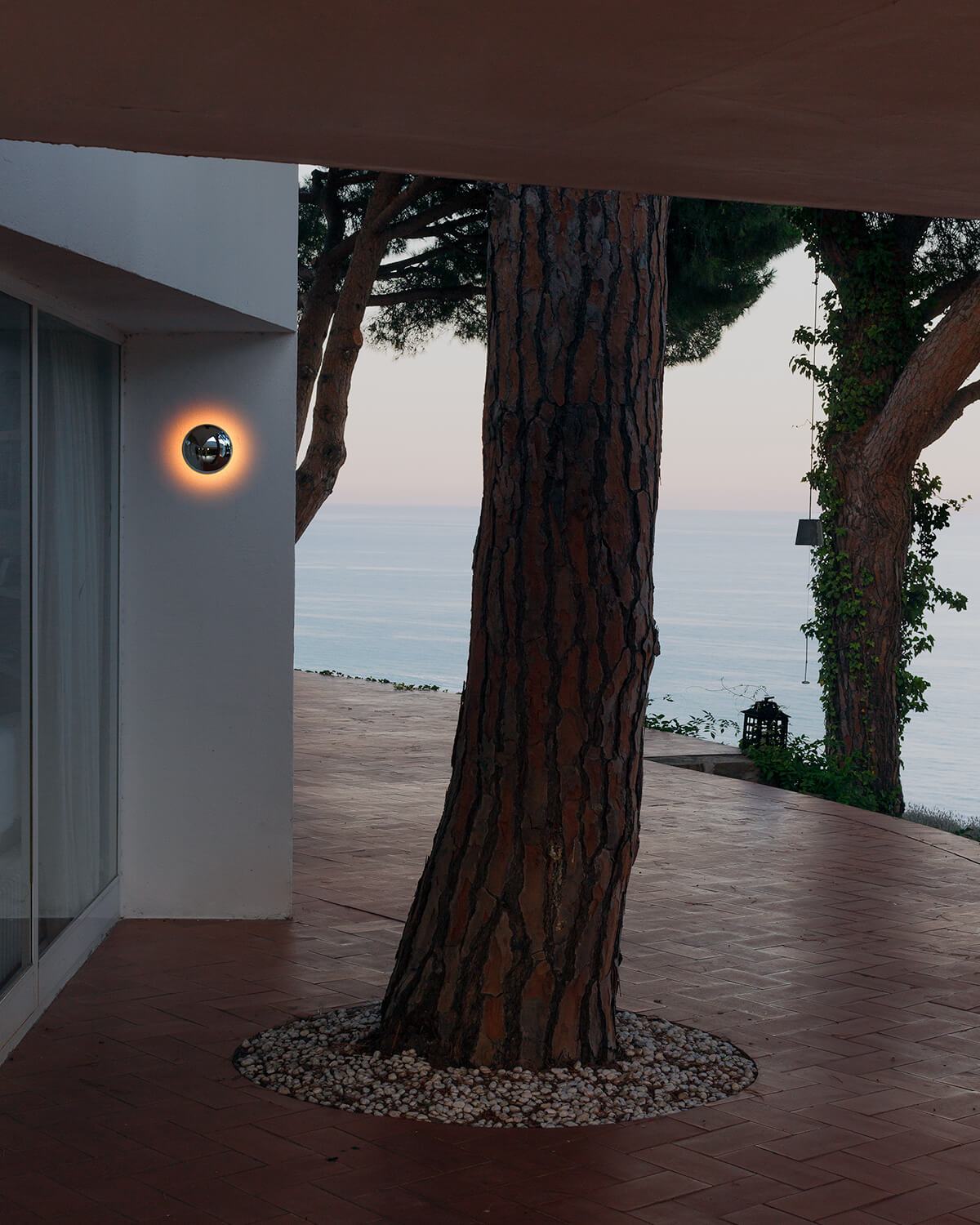 This content was published by Azure on behalf of Marset.