Max Lamb Reconstructs a 187-Year-Old Tree
The emotional pull of an ash felled on his family's farm inspired designer Max Lamb to imagine its parts as furnishings and reassemble a piece of his history in a gallery show during London Design Festival. 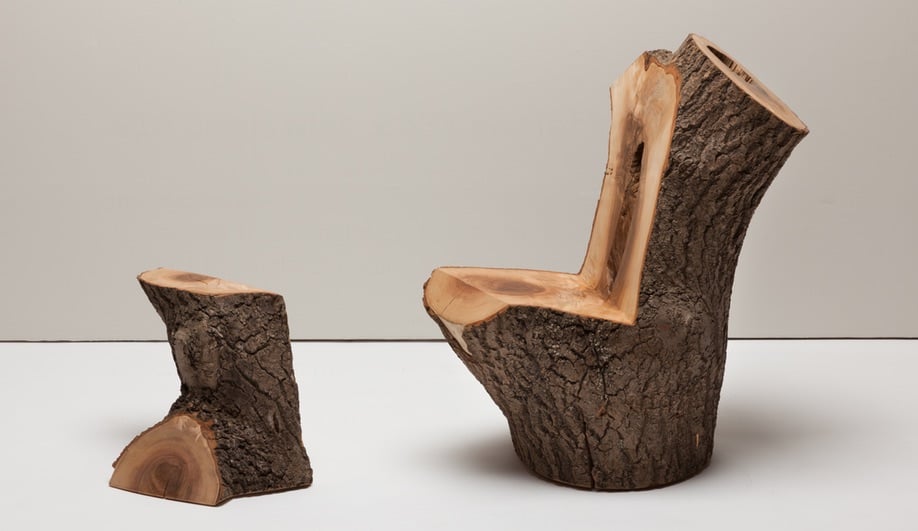 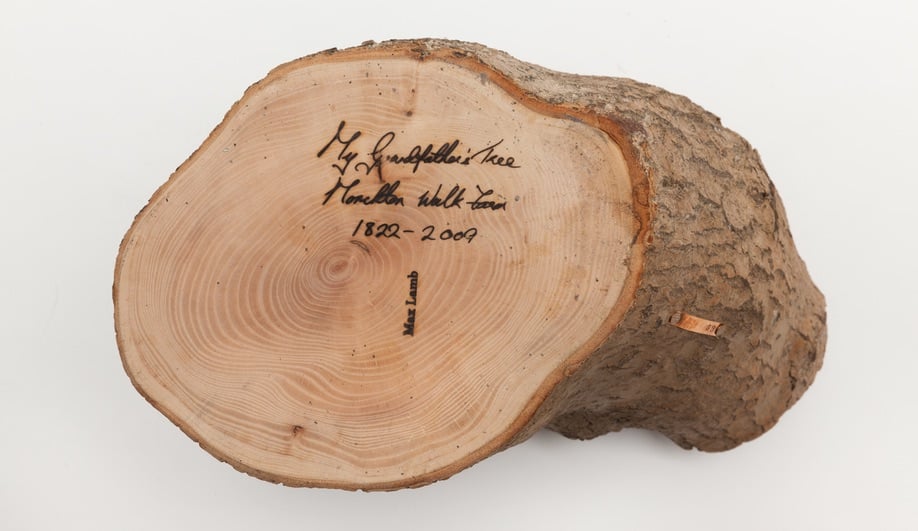 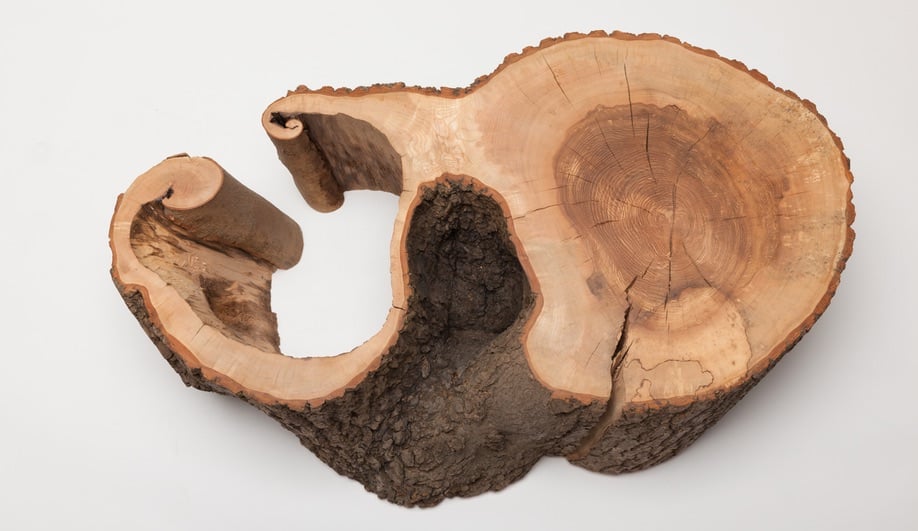 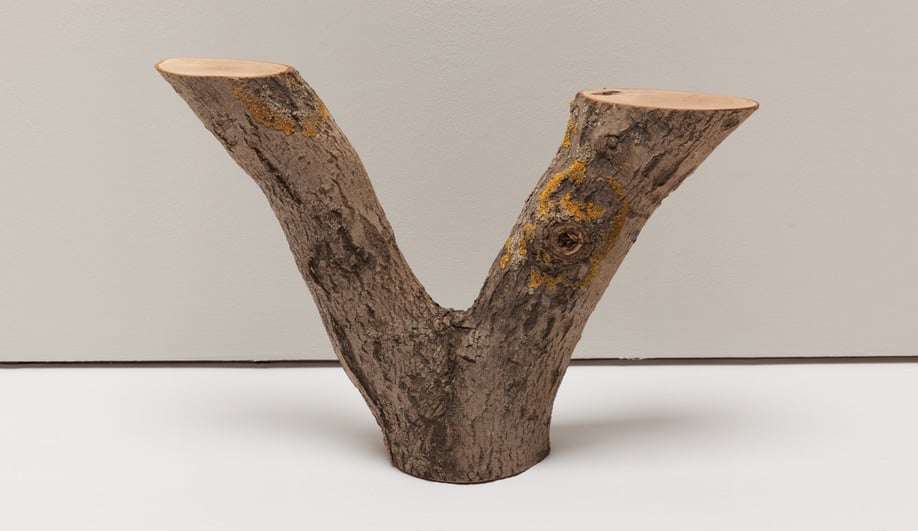 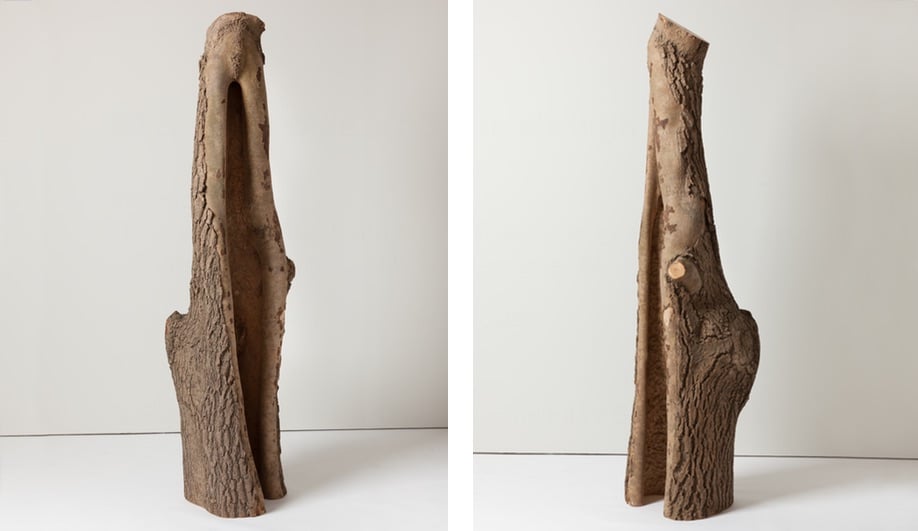 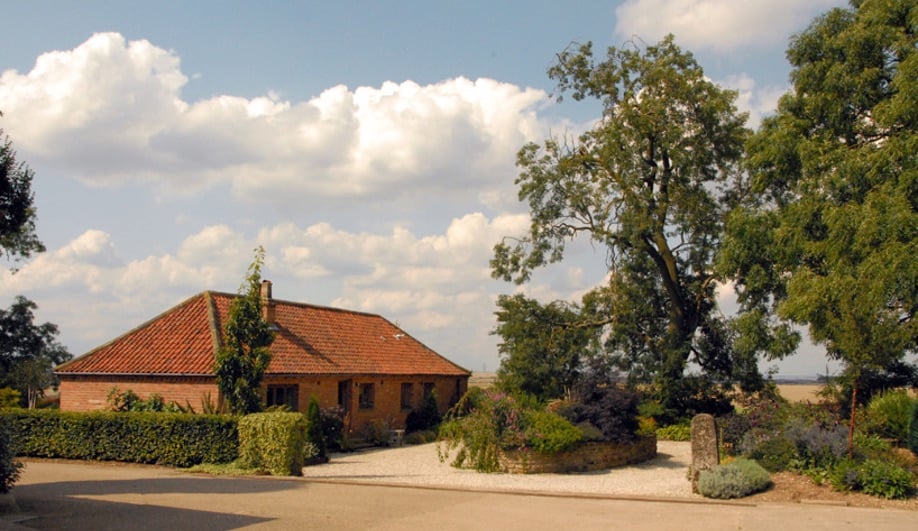 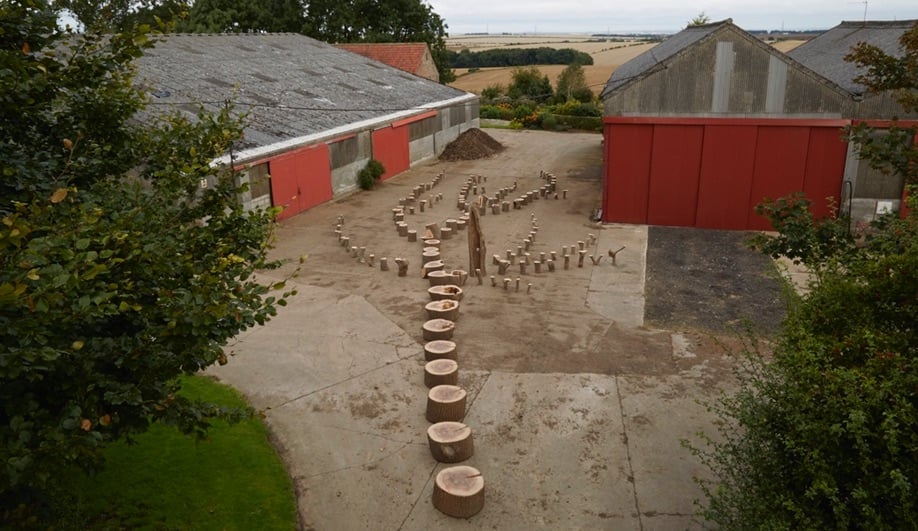 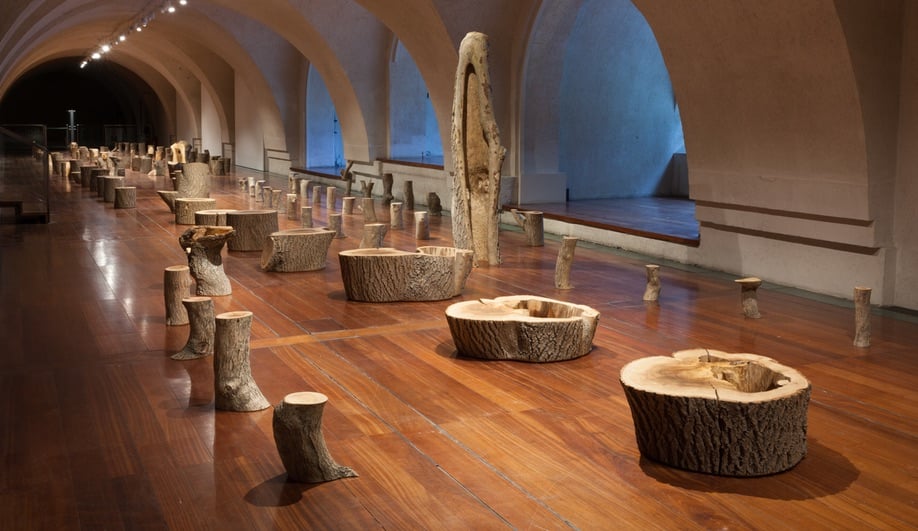 Most designers work the London Design Festival in sales mode: selling to merchants, moguls, gallerists, even so-called “norms.” Not Max Lamb. The 35-year-old designer launched My Grandfather’s Tree in a black sweatshirt and jeans, greeting old friends and family while his father fetched him a cup of tea. The catalogue was printed on thin green paper stock like an old-school mimeograph, the title scrawled in Lamb’s own cursive.

And while the exhibition’s subject – Lamb’s felled ash tree, chopped into 131 nondescript parts – didn’t have flash to match the more high-octane product launches of the week, it managed to rise above a cavernous location in the belly of Somerset House into the popular imagination.

The basement space was a boon, in fact. Two hundred feet long by barely a tenth of that, it enhanced the great dimensions of Max’s tree. And walking its length while inspecting the various cuttings allowed just enough time to hear the backstory; the tree’s place of origin is Monckton Walk Farm in Yorkshire, run by Lamb’s grandfather, a farmer and horticulturist. The property has been in the family for more than 50 years, and a young Max would climb on this and other ashes, likely self-seeded during the farm’s 300-year existence. But this one began to rot, and in 2008 Max was asked to help cut it down.

“The ash tree is synonymous with British agriculture,” says Lamb. “You see it on all farms, and it was used throughout history to build cart wheels and ploughs. But because of the rot, this one didn’t have any value beyond firewood.” In 2009 Lamb enlisted a tree-surgeon friend to fell and cut it, but its sentimental value compelled him to keep all its 131 logs in a shed; he was unable to tap their potential, yet unable to see them burned. At the time, Lamb’s design studio was a year old. “I didn’t have any real understanding of what my practice would become, or how this project would fit into it,” he says. “But when you see wood like this, the emotional connection is so strong – you see the skin, the heart, all the information that it’s gained in its 187 years of life.”

Seven years later, Lamb had, in his words, “almost grown out of the project.” But at the same time as his grandfather began pressuring him to dispose of the wood, Lamb was offered this space at Somerset House. “All it needed was for me to go back and spend time with the wood and to realize this idea.” It was, he says, the perfect timing, and the perfect venue for it.

Lamb spent this past summer on the farm removing the rot from each piece, then sanding, preserving, oiling and treating it for worms. Last month he had the lot shipped to the venue as tables, chairs, stools and sculptures, each revealing the 187 annual growth rings that enable its history to be “read.”

The pieces are available through Lamb’s London representatives, Gallery Fumi, with prices that range from $400 to $28,000. According to the gallery, many have already sold – despite Lamb’s self-consciously humble presentation. More importantly, though, the tree continues to grow. “Two stems at the base have blossomed into a new tree,” Lamb says, “and today it would already fill this entire space.”