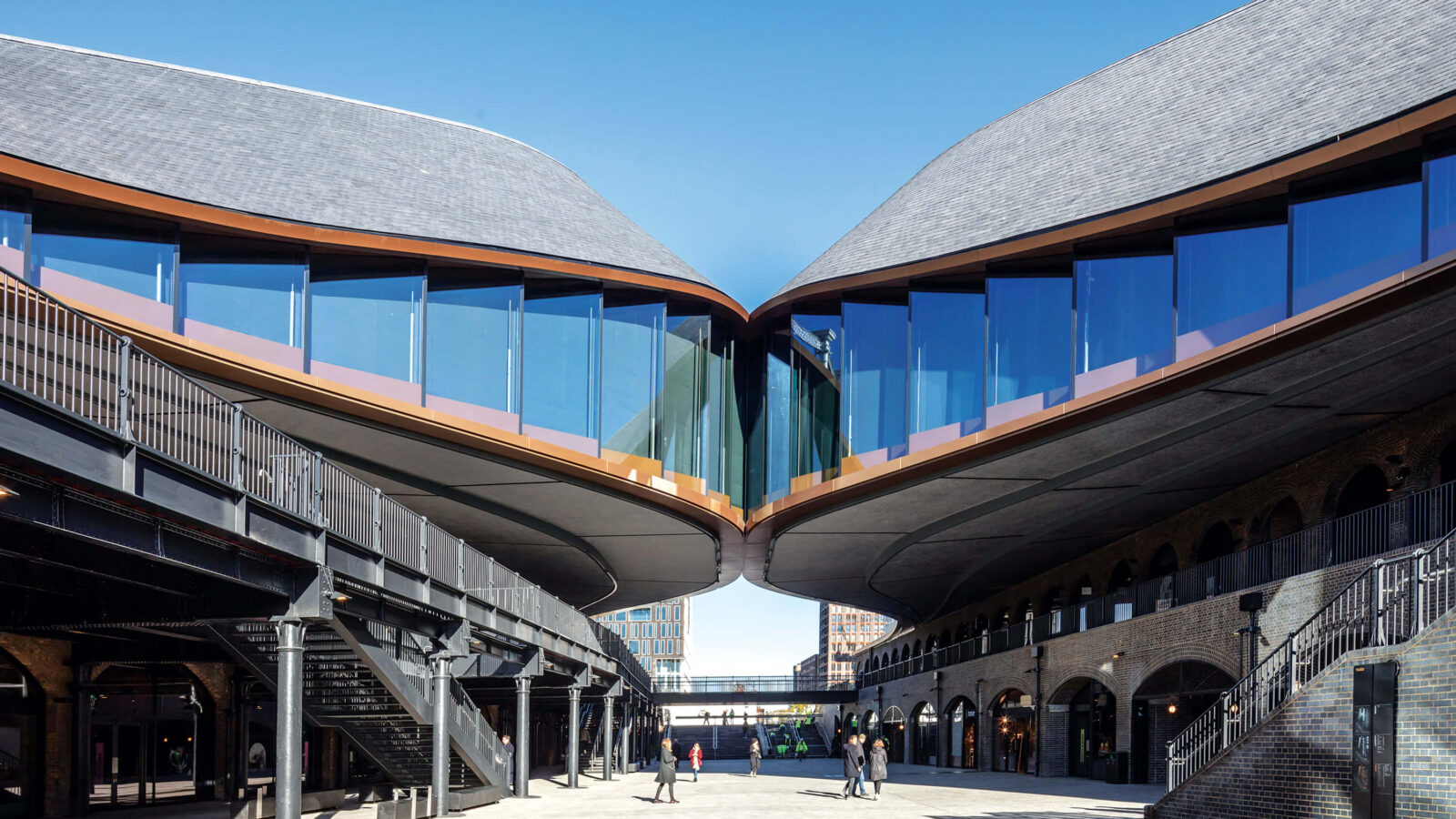 How Did They Do That? The Engineering Behind Coal Drops Yard’s Big Kiss

For a development that began life as the repository of a grimy and unglamorous cargo, the Coal Drops Yard in central London’s Kings Cross district has had a remarkably colourful history.

Constructed in the mid-19th century, its two long sheds were the terminus for trains delivering the coal from Northern England that fuelled London’s Industrial Revolution. Later, part of the site was purchased by Bagley, Wild & Co.; according to the developer’s official history of the site, the glass manufacturer employed “gangs of fearsome and muscular women” who off-loaded 30 wagons’ worth of bottles each day, then plied a less reputable trade by night. After a period of disuse, the buildings hosted illegal raves in the 1980s and 1990s.

But from a design point of view, its most interesting iteration is also its most recent – a transformation, courtesy of locally based Heatherwick Studio, from decaying industrial plot to welcoming public square.

As project leader Tamsin Green notes, there were considerable challenges involved in repurposing the buildings. “They were designed for coal storage,” she says, “not for people.”

Finding the opportunity to work on an existing piece of Victorian architecture “extraordinary,” the firm was keen to honour its heritage. When it was determined that the crumbling roofs needed to be replaced, the studio envisioned a sweeping new one that brings the buildings together in a “kissing point” and was able to source slate tiles from the same seam in Wales as the original Victorian-era roof, paying homage to the buildings’ history while taking the aesthetic in a dramatic new direction. 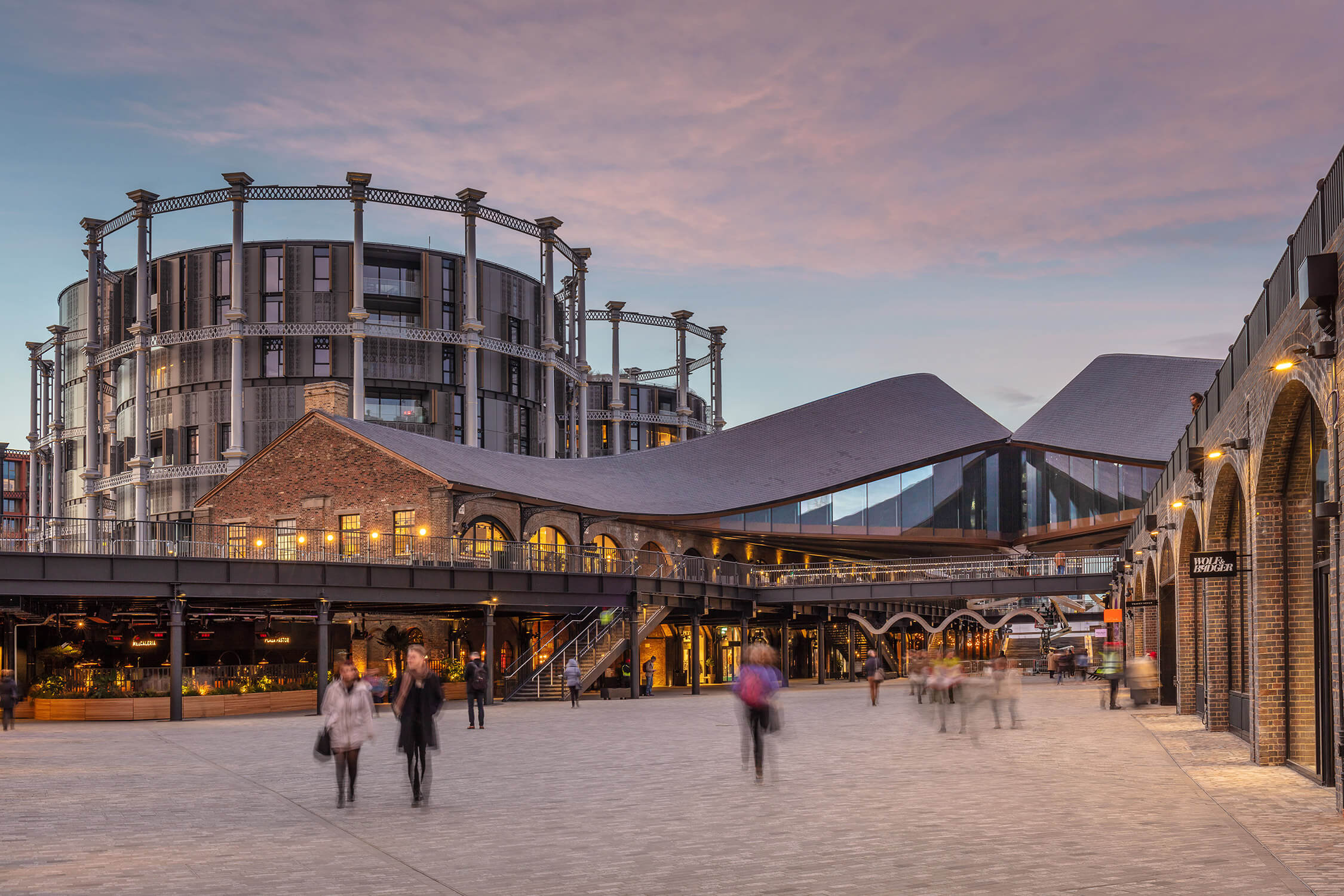 The ambitious design posed some hurdles, however. The Italian office of engineering and fabrication firm Frener & Reifer was commissioned to construct the building envelope of the upper-level facade and, as project manager Damien Finn recalls, “the design and installation of the kissing point glass was extremely challenging due to its size and complexity.” The zigzagging orientation of the facade required 86 frameless insulating glass panels (the largest of which are 7.2 metres high and weigh about 900 kilograms) to be set at varying angles; custom brackets were developed to support expansion and shifting.

“Every one of the thousands of pieces of glass and cladding was different and had to be individually drawn in 3D, then individually manufactured,” says Finn. To avoid any unpleasant surprises during construction, the team first built a partial 1:1 scale model. Ultimately, this attention to detail paid off: The facility has become not just a place for locals to gather, but a new architectural highlight in a city full of landmarks.  heatherwick.com, frener-reifer.com