Three Colourful Leaders of the Memphis Group Revival
The Memphis Group revival is on, and the ephemeral Eighties aesthetic is being rebooted by Camille Walala, Wronko Woods and Bibo Ergo Sum. 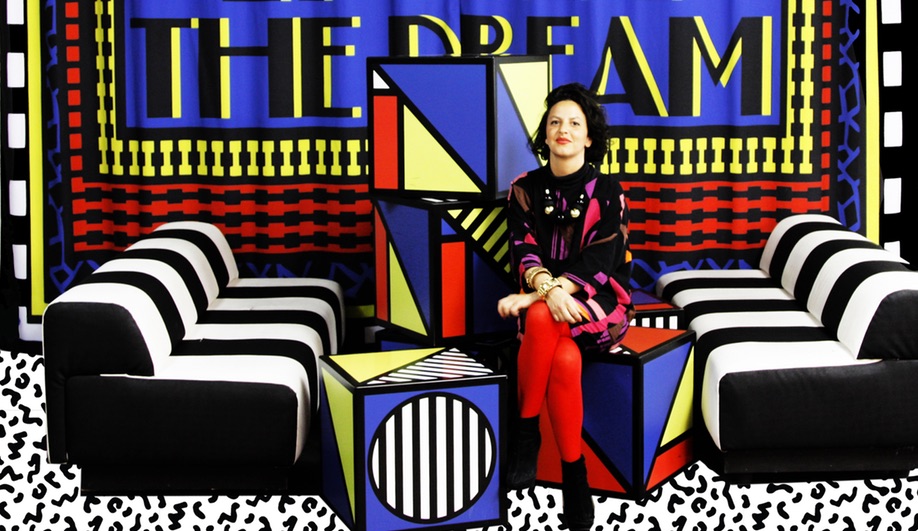 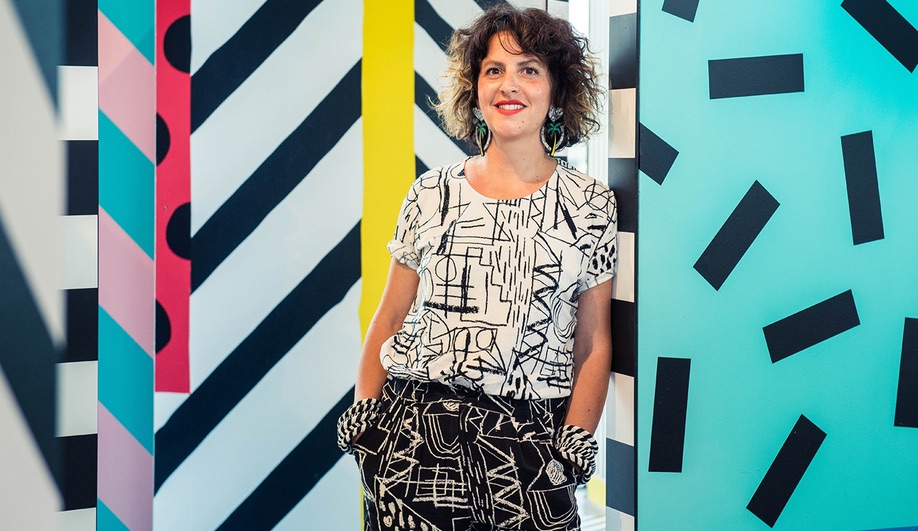 1 Camille Walala
For a short-lived movement that embraced the anarchic fusion of bold patterns, geometric shapes, DayGlo colours and synthetic materials, the Memphis style sure has legs. These days, the list of designers who claim the 1980s aesthetic as a key influence on their work includes everyone from Studio Job to Dusen Dusen. 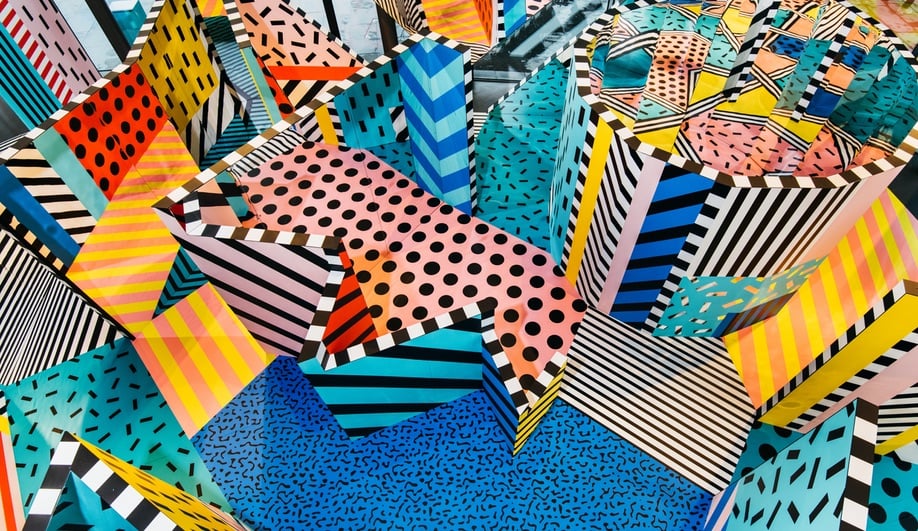 One of its most unabashed heirs is London designer Camille Walala, whose installations and interiors (including last summer’s Memphis-inspired maze at London’s Now Gallery) are appropriately unruly, mixing eye-popping stripes and squiggles with tribal and other global prints. 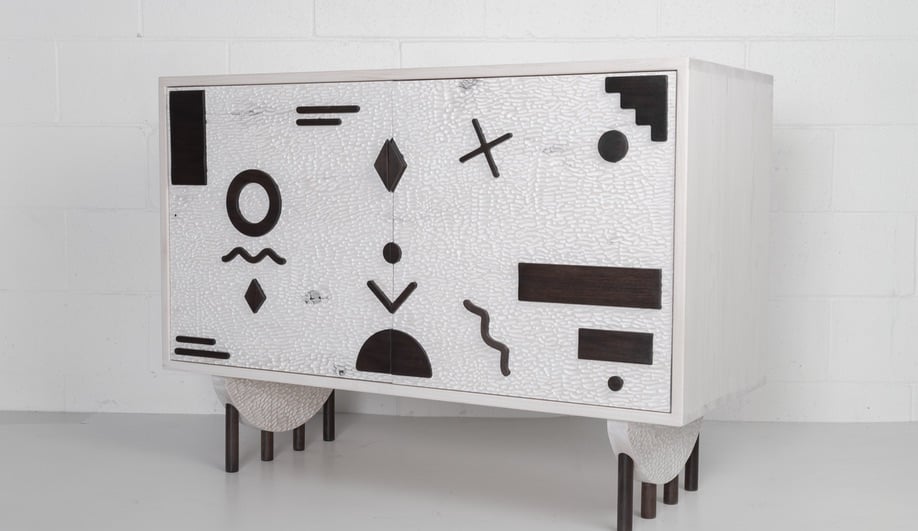 2 Wronko Woods
It’s a testament to the Memphis school’s universal appeal that even a Canadian studio known for its handcrafted, mostly wood furnishings would find inspiration in its po-mo theatricality. Showcased at IDS Vancouver last fall, the Memphis collection of furniture and objects by Carson Wronko of Edmonton downplays the bright shades and plasticity of its forebear in favour of quiter tones and natural materials such as bleached maple and blackened walnut. 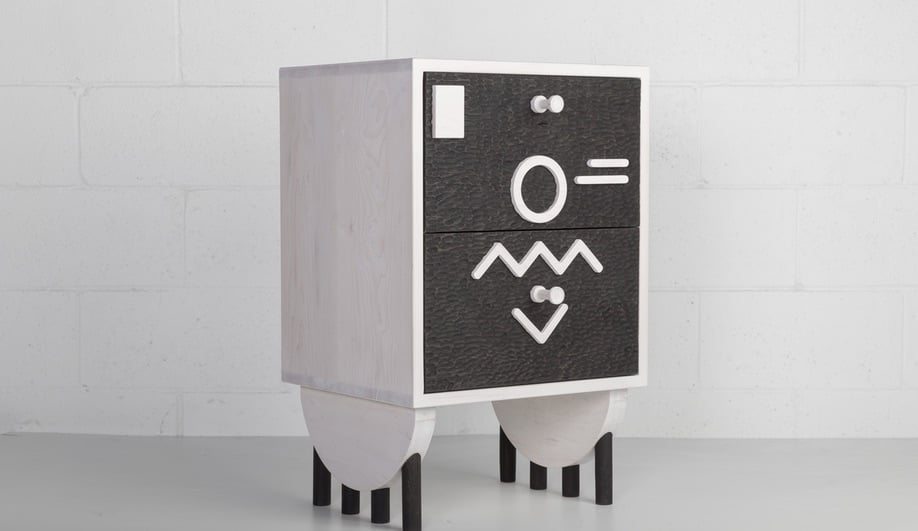 But the whimsy and sculpturality are extant in pieces such as the cabinet (pictured) featuring udder-like legs and graphic surface symbols. 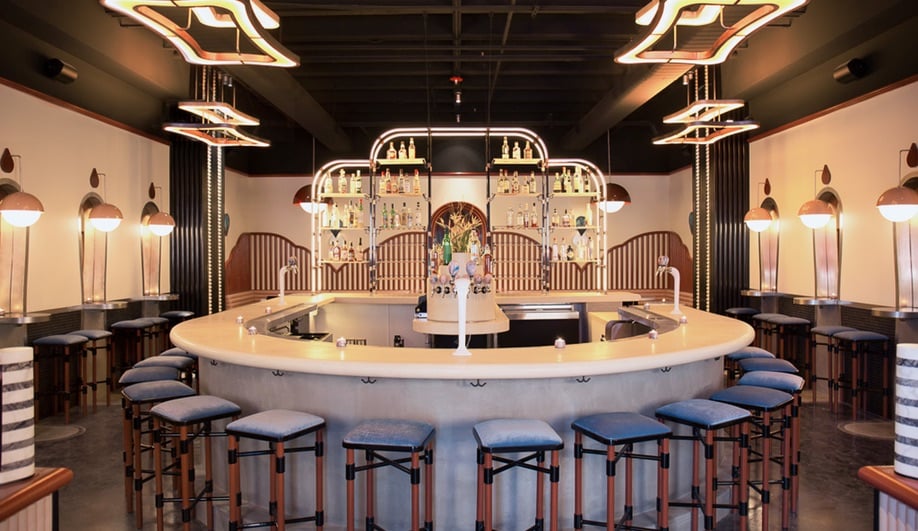 3 Bibo Ergo Sum
One of the buzziest commercial interiors to gain attention of late is the L.A. bar Bibo Ergo Sum, where Oliver Haslegrave of Brooklyn-based Home Studios juxtaposed soft-pink rolled upholstery and tubular lighting with curvy booths and doorways to create a look that he calls “Memphis meets Secession.” 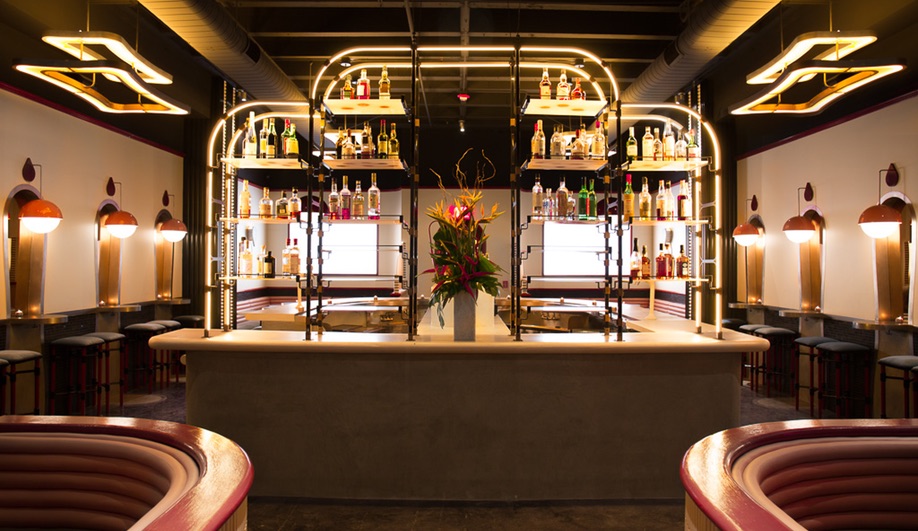 The result is strangely cohesive, familiar yet fresh – and just the kind of rule-breaking space that Memphis founder Ettore Sottsass would have enjoyed.