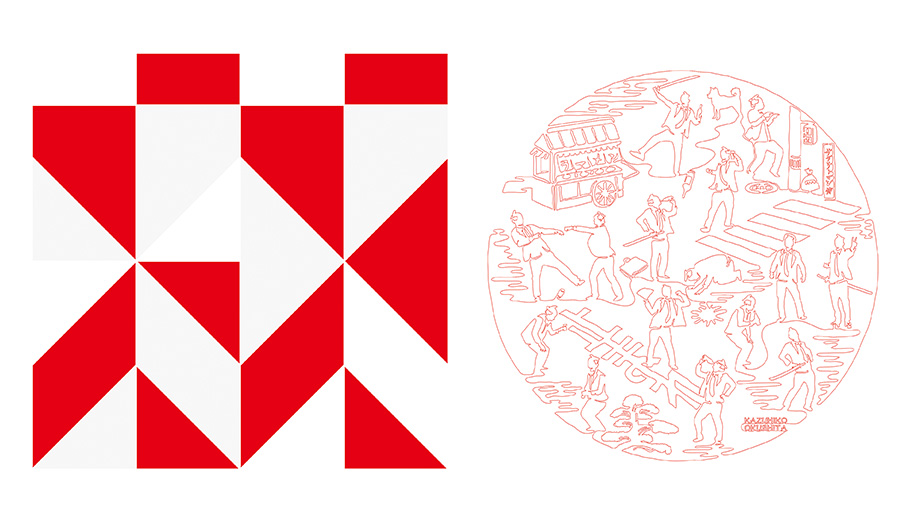 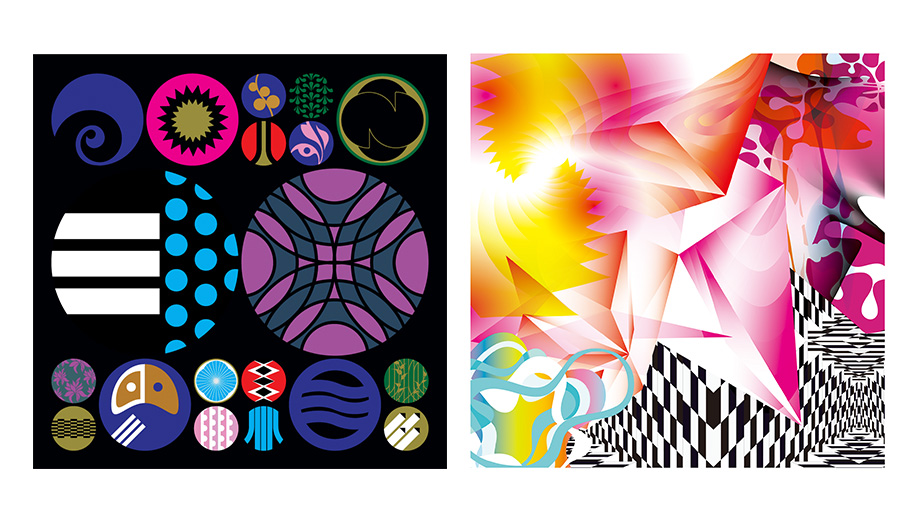 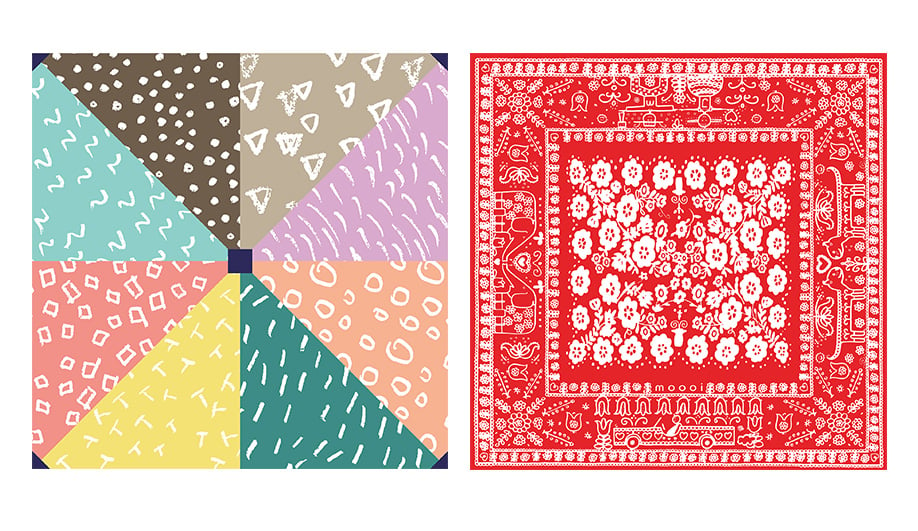 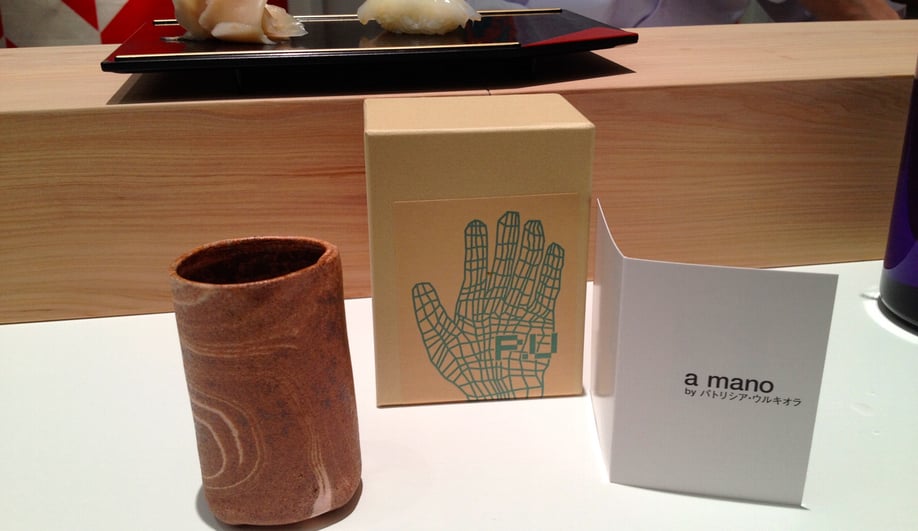 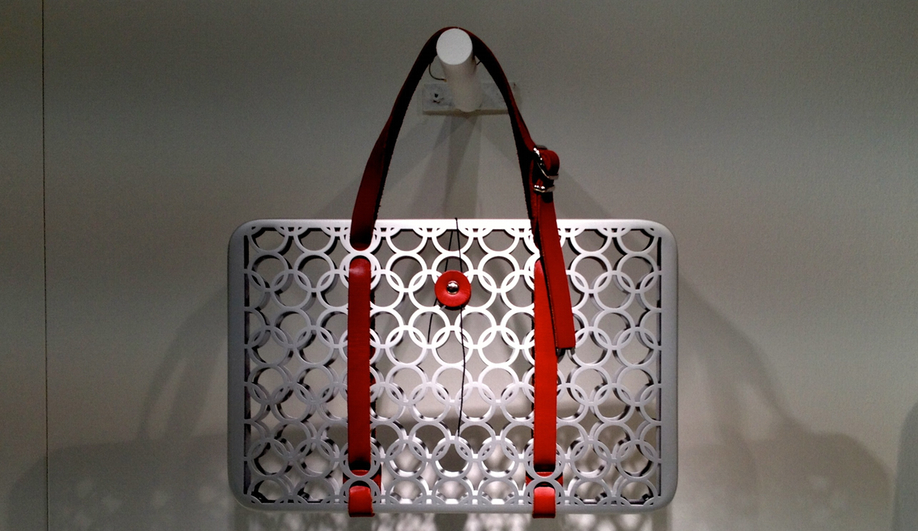 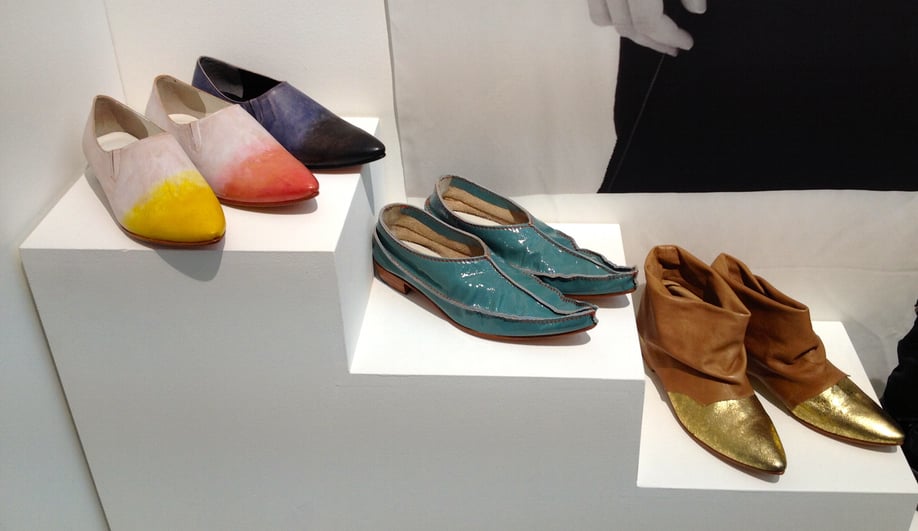 Shoes by the Tokyo fashion brand Matohu, founded by Hiroyuki Horihata and Makiko Sekiguchi in 2005 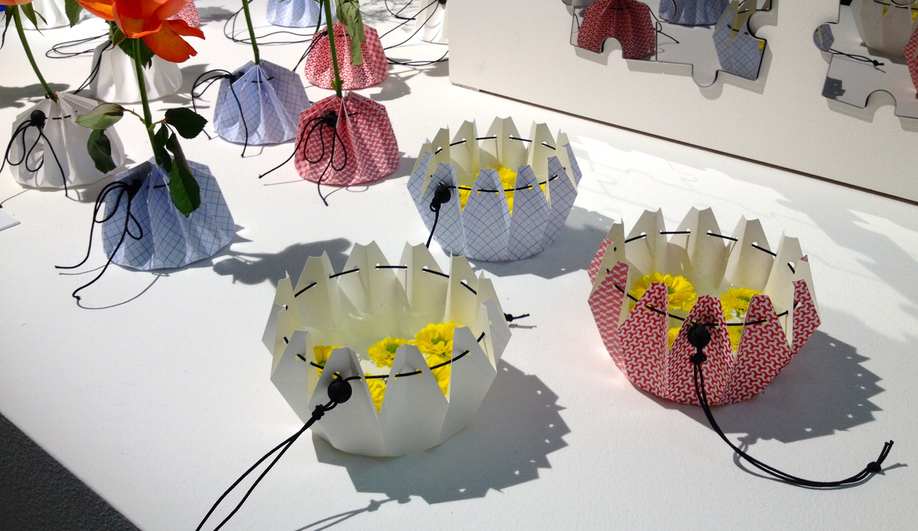 Made of paper, these Origami Vases by Yoshikawa Tsuyoshi can hold water.

In Japan, a furoshiki is a square of fabric used to wrap lacquered bento boxes ­- or even Tupperware if it contains a lunch or snack. It’s a very old tradition that has managed to continue into the present day, and as part of Tokyo Imagine, the Tokyo Designers Week event on view in Milan, furoshiki were on full display along the walls of a pop-up sushi bar. These framed new versions were created by such top designers as Jamie Hayon, Marcel Wanders of Moooi, Piero Lissoni, Karim Rashid and Japan’s own Akihiro Nishino and Kashiwa Sato.

The event was initiated in part by Japan’s Seibu department store and anyone lucky enough to get a seat at the bar got to experience sushi served by Hachiro Mizutani, who operates Sushi Mizutani in Tokyo, considered among the top 50 restaurants in the world.

Mizutani and his team presented patrons with fresh maguro, ebi and salmon, and poured sake into ceramic cups specially designed for the event by Milan-based designer Patricia Urquiola. At the end of the meal, patrons could wrap up their cups and put them in a custom box to take home as a souvenir.

Besides Mazutani’s stellar culinary presentation, there were other novelties to be found at the event, which brought together dozens of young designers from across Japan. Products ranged from new concepts for measuring granules of salt to contemporary kimonos and even a merry go-round. One designer wearing pink fun-fur from head to toe à la Lady Gaga wandered the show floor while another area showed off traditional Japanese kitchen utensils, including sushi knives and cutting boards.