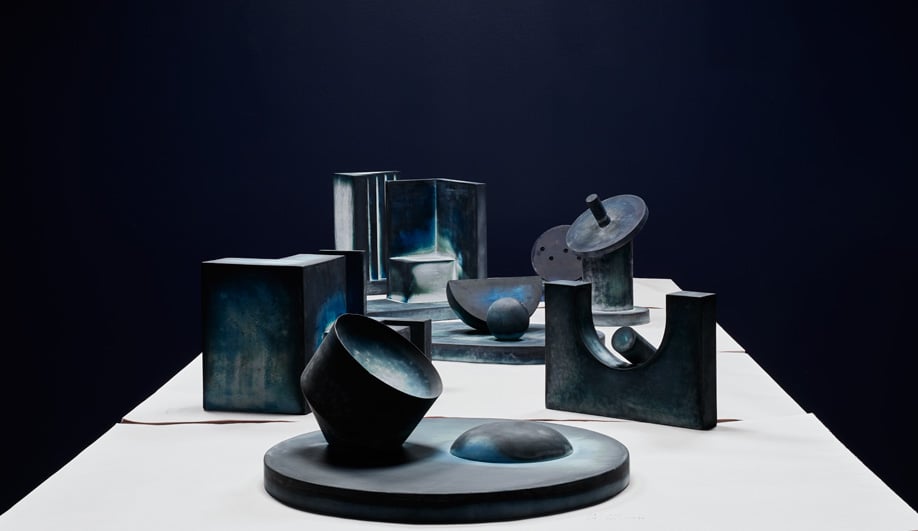 Milan’s Studiopepe explores the elemental relationship between sunlight and surface in a new collection of enigmatic sculptures.

At the beginning of Bluets, her beloved, fragmentary lyric essay, Maggie Nelson writes, “And so I fell in love with a color – in this case, the color blue – as if falling under a spell, a spell I fought to stay under and get out from under, in turns.” The two interior designers who founded the acclaimed Milanese design agency Studiopepe – Arianna Lelli Mami and Chiara Di Pinto – might be similarly bewitched. Their Out of the Blue collection, a suite of eight, one-of-a-kind cyan-and-alabaster sculptures, is a paean to the titular hue, as well as to pre-industrial photographic techniques and the delicate play between light, colour and shape.

At first glance, the forms are familiar – one sculpture might reference a pair of toy building blocks, another a cast-off cornice, and still another a pair of oversized buttons, perhaps. But their respective pigmentations give them an exotic aura – the shifting patterns of blue and white recall, variously, bleached denim, Delftware (if it was designed by Robert Morris), abstract ruins left too long under a southern sun. 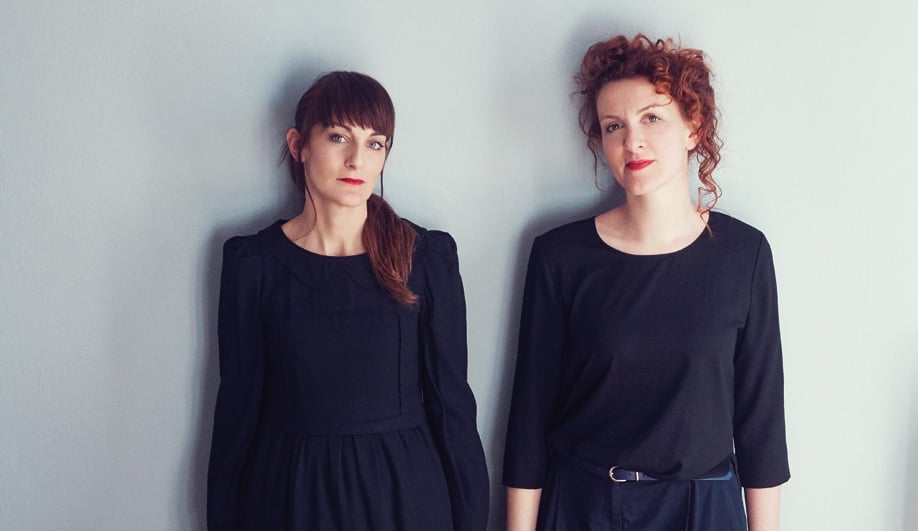 Arianna Lelli Mami and Chiara Di Pinto are the minds behind Studiopepe.

In fact, that’s how the pieces were created, more or less. As Mami and Di Pinto explain, the sculptures were carved, by hand, out of gypsum, by local artisans. They were then brushed with a cyanotype solution – the same chemicals once used to create blueprints – and left to sit in the sun for a predetermined amount of time. Those exposure times, as well as the position of the sun in the sky and the shape of the pieces, give each object its distinct patina. “This collection investigates the correspondence between sunlight and surface,” Mami says. “The photographic process behind the cyanotype makes this mutable relationship visible.” 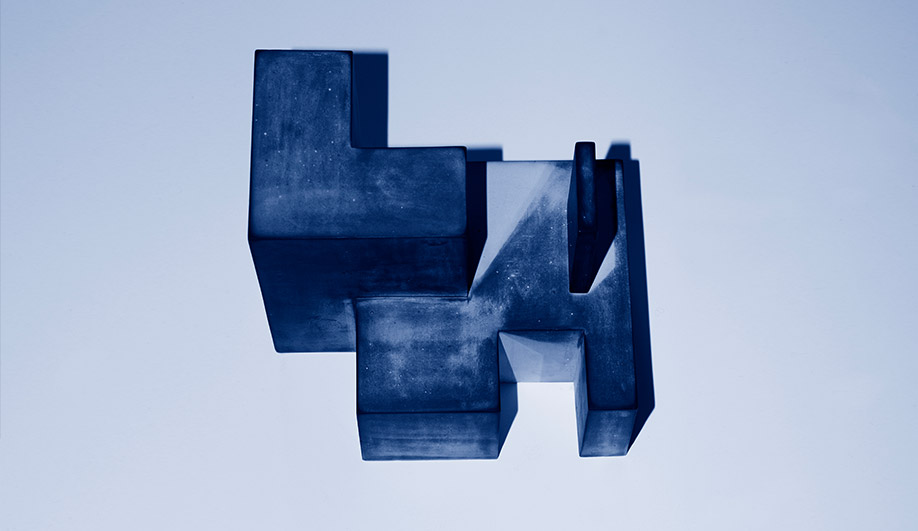 To create a distinct patina, the artists brushed each object with the same cyanotype solution that was once used to make blueprints, then exposed the piece to the sun

Mami and Di Pinto’s chief inspirations were Thomas Wedgwood and Man Ray. Wedgwood, son of the renowned potter Josiah Wedgwood, was an early pioneer in photographic technique – his camera obscura was initially used in his father’s factory to cast images onto ceramics. Man Ray likewise created photographs without a camera, placing everyday objects on photosensitized paper and then exposing them to sunlight. It was Man Ray’s idea with these photograms, Mami says, that “the artist is the audience to his or her own opus, in which there should be as little intervention as possible in the artistic ‘gesture.’ ” 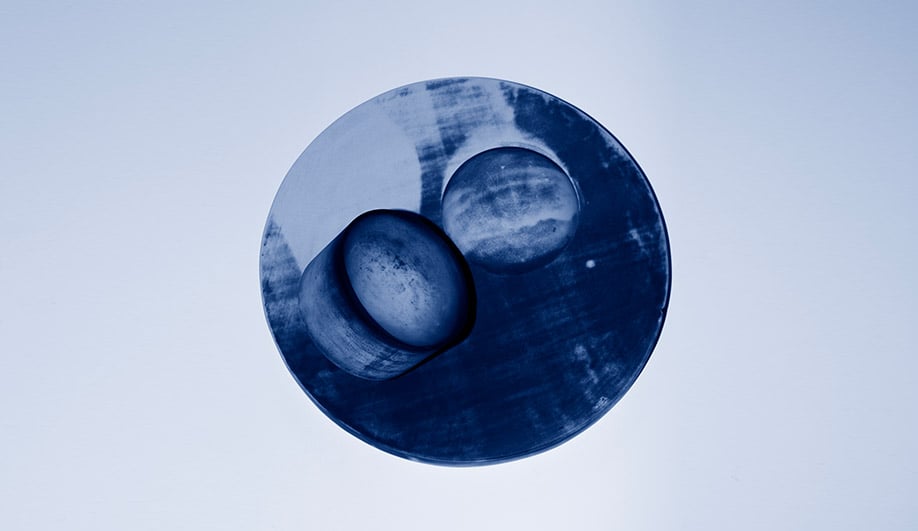 Studiopepe has likewise intervened as little as possible, not only in the creation of the objects but also in their place in the world. The title of each sculpture is derived simply from the coordinates of the sun’s elevation and the length of the exposure (e.g., 37º 30’). While, to more vulgar imaginations the pieces hint at quotidian use – 16º 10’ could serve as a particularly dramatic (and expensive) cheese board – Mami sees the collection exclusively as art. And an extension of the studio’s particular aesthetic ambitions. “In all our projects we look a lot at shapes and forms,” she says, “from ancient Greece to modern masters, from art to photography. Then we try to forget, keep only the archetypes, and follow our intuition.”