Millennial Pink at Maison & Objet’s September Edition
Millennial pink was the big trend spotted at the September edition of Maison & Objet, which wrapped up in Paris earlier this week. The ubiquitous hue was seen on launches from brands including Tom Dixon, Petite Friture and Nomess. 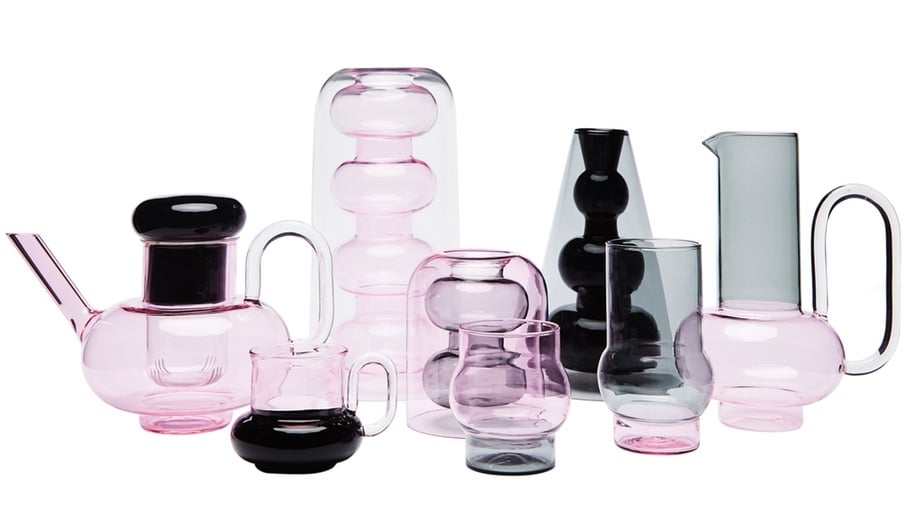 In 2016 Pantone named Rose Quartz as one of its colours of the year. Designers around the world got the memo and for the past year, dusty, muted pastel pink has come of age. It has made its way into all aspects of design from fashion to restaurant interiors and food packaging. The colour, which has taken on the moniker “millennial pink,” was seen in various guises throughout the September edition of Maison & Objet in Paris. Some brands, including Tom Dixon and Nomess, debuted new products in the ubiquitous hue, while others, such as Petitie Friture and Nude, launched pink iterations from their existing collection. Here are just a handful. 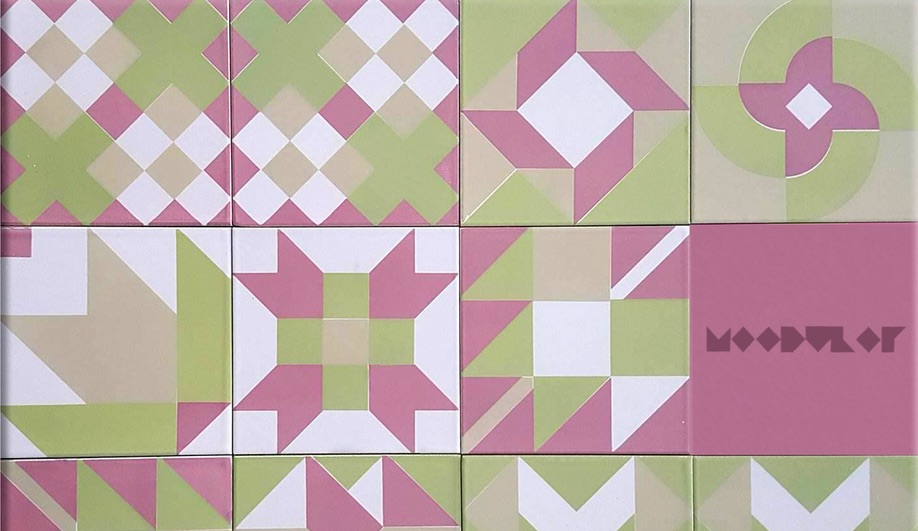 1 Moodulor by Maioliche Originali Deruta
Italian designer Gianni Cinti teamed up with ceramic producer MOD Maioliche Originali Deruta to create a range of ultra-thin porcelain adhesive tiles for bathroom and kitchen surfaces. Moodulor’s simple peel and stick concept means pretty much anyone who can arrange squares in a straight line can apply the tiles. The product will stick to most surfaces including glass, wood and plaster.

Each tile is handcrafted it Italy and features geometric motifs and a water- and heat-resistant glaze. The tiles come in different colourways, and can be grouped together for a layered complexity or interspersed between solid shades as accent pieces. 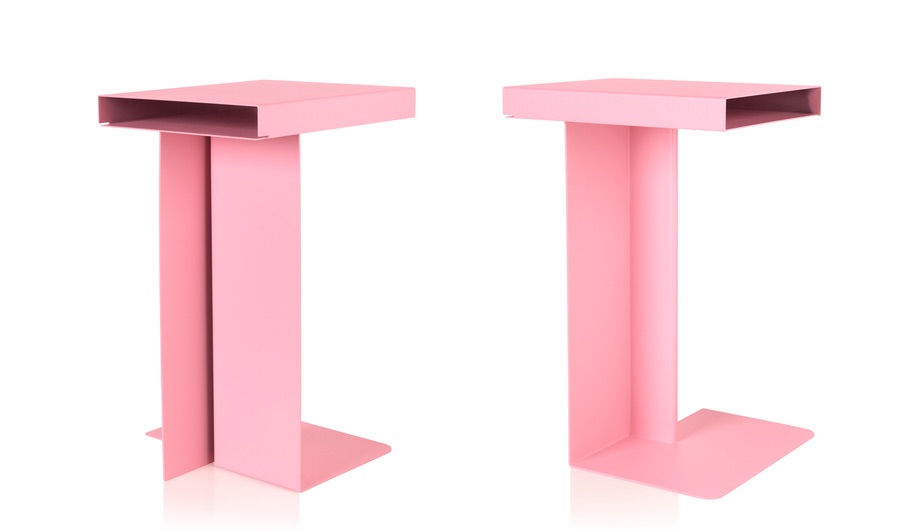 2 Radar by Nomess
Danish brand Nomess celebrated its 10th anniversary with one of the most colourful stands at the fair. In response to people living in smaller spaces, the brand created a collection dedicated to compact living. The modular pieces all have multiple functions, for instance, the Radar side table (above) can be used as both storage and a display platform. The built-in shelf is big enough to house a few magazines or a laptop, while the top can be used as a work surface or small console table. Radar is made from two thin sheets of powder-coated steel which are cleverly intersected to give the table its sleek asymmetrical silhouette.

3 Bump by Tom Dixon
Tom Dixon debuted a new series of borosilicate vessels that are inspired by beakers and other glassware found in science labs. This type of glass is commonly seen in a clear and transparent state and is often used in laboratory glassware because of its durability, shatter-resistance, and ability to withstand high temperatures.

Each piece of the Bump collection was mouth-blown and manipulated into curvaceous silhouettes in pale pink and smoky grey, inviting viewers and users to appreciate the ritual of tea making from the steeping to the decanting. Borosilicate was previously only available in transparent but for the Bump collection, Dixon injected subtle hues in the body of the glass.

The collection includes a teapot, a jug, teacups, water glasses and three vases. 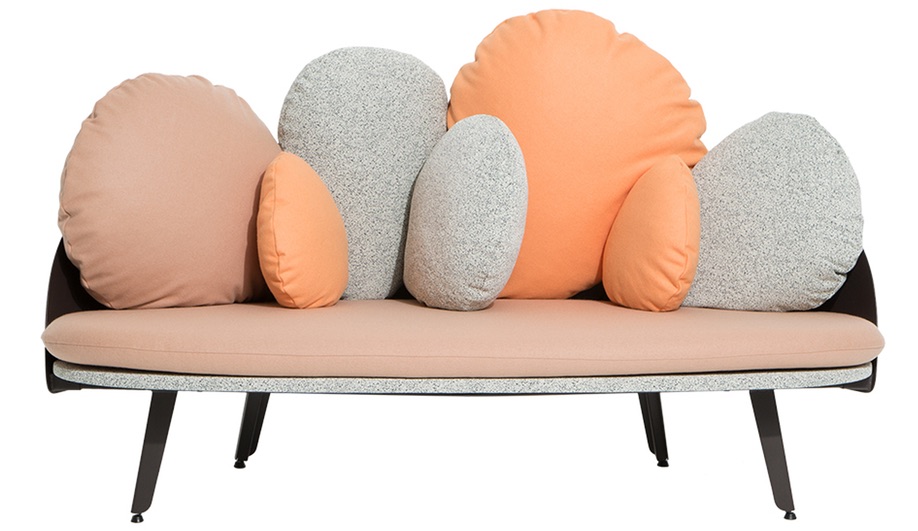 4 Nubilo by Petite Friture
A new iteration of the Nubilo sofa was launched during this season’s Maison & Objet. The Constance Guisset-designed sofa made its debut in 2014 and features several cloud-like cushions resting against the gently curved back. It’s part of the brand’s permanent collection and in addition to the original grey version, the French company has released different adaptations including a red, coral and yellow one. This season, Petite Friture presented a new edition upholstered in millennial pink with contrasting cushions in dove grey and coral. For those who aren’t ready to commit to an entire couch in the pastel shades, a smaller armchair is also on offer. 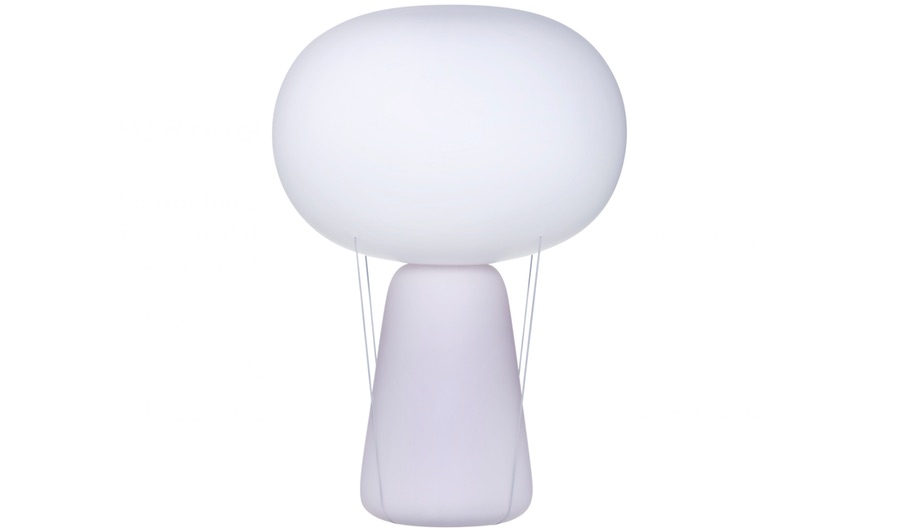 5 Blow by Nude
While M&O is still the main attraction of Paris’s design week, off-schedule satellite exhibitions in galleries and stores around Paris have been growing stronger, showcasing emerging talent, as well as more established names. Most notable this year was Nude’s new collection presented at the concept store HOME Autour du Monde Bensimon. Included were new pieces from the designers Defne Koz and Tomas Kral, who have continued their collaborations with the Turkish glassware brand.

Among those exhibited was a new version of Kral’s Blow table lamp shown for the first time with a pale pink base. Inspired by hot-air balloons, the popular light features two opposing forms held together by rubber bands. 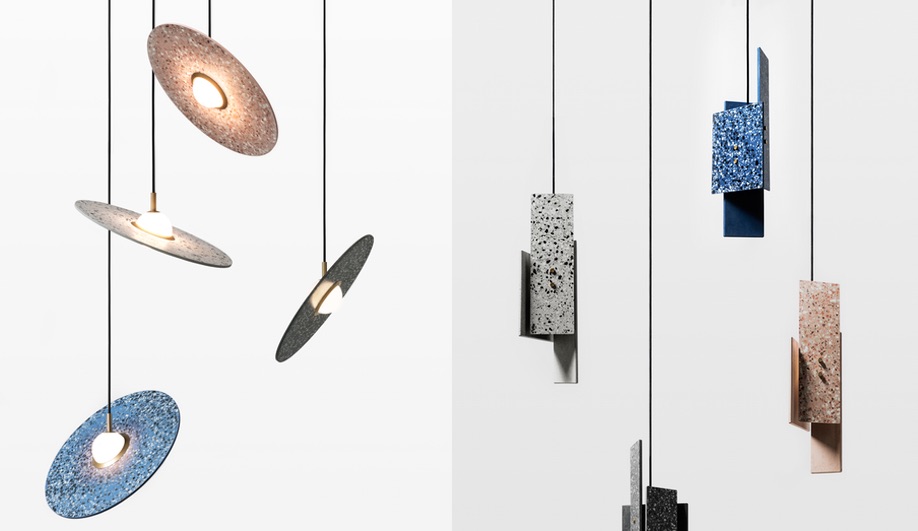 6 Terrazzo light by Bentu
The Chinese brand had a rough start to the fair as their products were stuck in transit. But when the Terrazzo collection finally made it to Paris, it was a dazzling display of furniture and lighting made using leftover stone tiles from the Guangdong province in China, where majority of the world’s ceramics are produced. The team decided to recycle the cast-offs, of which there are about four million tonnes, for the collection. They crushed the tiles and mixed them with concrete to create the unique speckled terrazzo. The collection launched during Milan design week, but Bentu has now expanded the collection to include long benches and geometric pendant lighting in dusty rose and tardis blue.