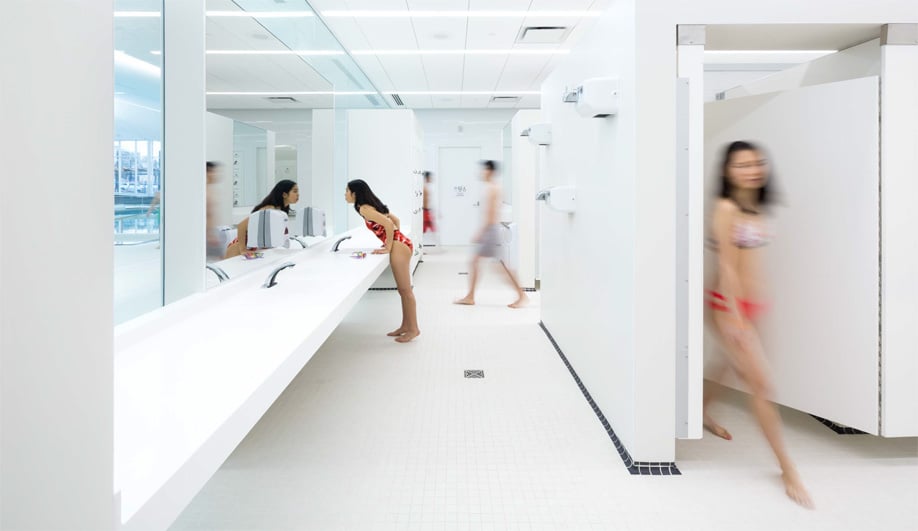 A long bank of sinks with touch-free faucets marks the transition from the universal change room to the pool deck beyond.

Change room design embodies a paradox: Safely improving privacy requires radical transparency. Toronto firm MJMA takes this idea to an extreme with the UBC Aquatic Centre in Vancouver (which Azure named one of the best buildings of 2017). Tasked with serving – sometimes simultaneously – swimmers who range from infants with caregivers to varsity and Olympic athletes in training, MJMA delivered a stunning, sculptural building that’s wide open to views – including of the change rooms.

“It’s the most intimate part of somebody’s visit to an aquatic centre,” says Ted Watson, who led the project with partner Viktors Jaunkalns, in association with Mark Ostry of Acton Ostry Architects (AOA), on the University of British Columbia campus. “For a lot of people, it’s a make-or-break aspect of the design.”

Aesthetics aside, what makes the aquatic centre notable is its adherence to the pillars of Universal Design (U.D.), and MJMA’s aim to devise a space that offers privacy and security for every user. This goal is something the firm – having developed Canada’s first 100 per cent universal change facility as part of their design for the much-lauded Regent Park Aquatic Centre in Toronto – is well versed in. 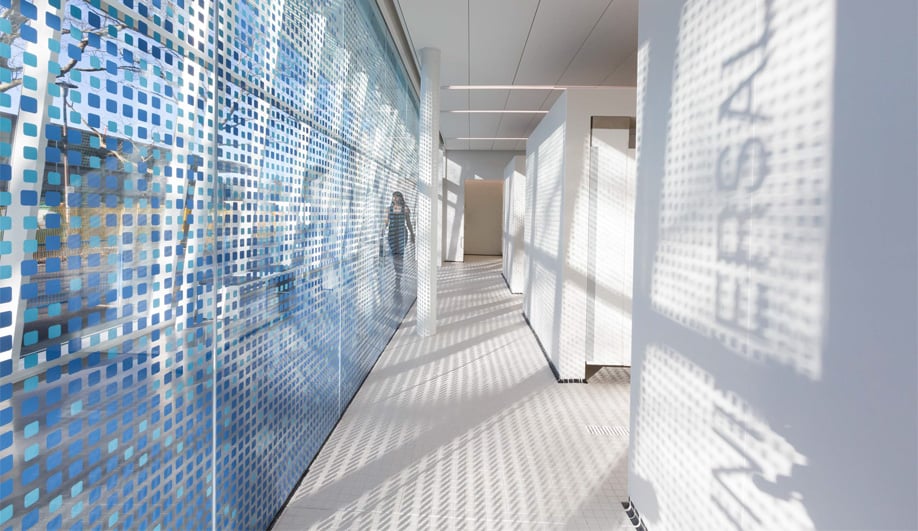 At the UBC facility, roughly 60 per cent of the change rooms are designated “universal.” Visitors might first experience them even before entering the building; from the adjacent student promenade, it’s possible to see through two glass walls directly into the main locker room. Its private cubicles are arranged in parallel rows, opening up sight lines that extend from outside right into the pool itself. 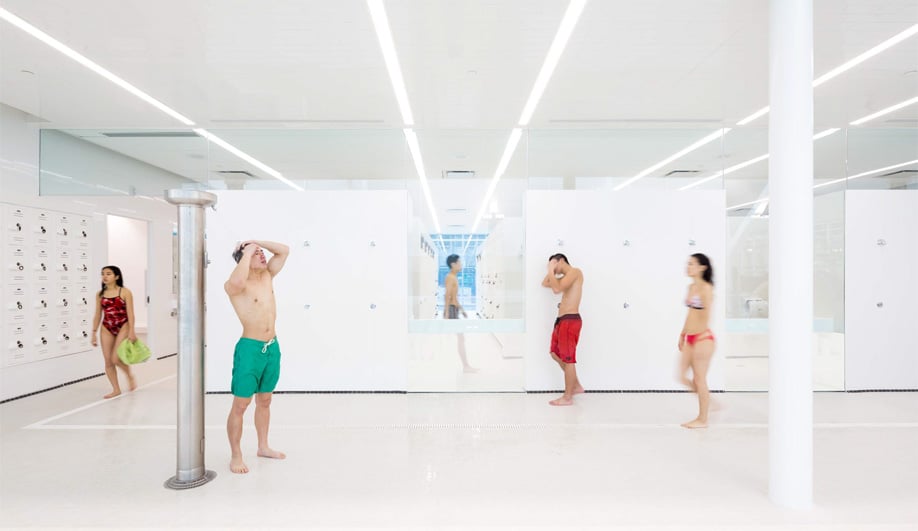 “Sometimes, when universal change rooms are designed as enclosed private rooms, the environmental cues allow people to think they can take their clothes off,” says Watson, “and that can be a problem for an all-gendered space.”

By opening up the change room to views on two sides, it’s immediately clear where clothing is mandatory. The cubicles are where the undressing takes place – and they offer plenty of variety, too: small ones for individuals, and larger ones for families with children or people who have limited mobility and need assistance.

Cubicles are closed at the bottom (for safety and privacy), but open at the top to connect them acoustically with their surroundings. Washroom stalls also vary, ranging from single-user spaces to larger ones that can facilitate adults with caretakers. 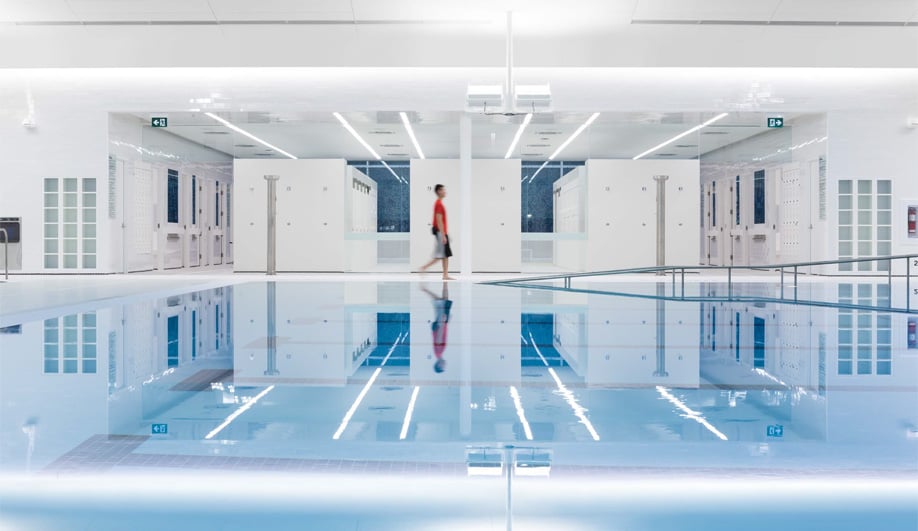 Exposed showers on the pool deck put a priority on pre-rinsing before laps, a sustainability measure that keeps the pool water cleaner.

Emerging from a cubicle, bathers will immediately spot lockers where they can stash their clothes, then proceed past a bank of sinks to the pool. There’s no barrier between the universal change room and the pool deck; instead, two pillars ringed with showerheads mark the transition, reinforcing the collective expectation that everyone rinse off before getting in the pool, and enabling easy monitoring of little ones.

“There’s always eyes on those spaces,” Watson explains. “It’s in the concealed spaces where you have problems. Here, you have daylight, views and the dynamism of an active community centre. By the virtue of its transparency, it’s become safer.”