Molo’s Softshelter creates privacy in relief shelters
We spoke with Todd MacAllen of Vancouver studio Molo about a series of paper walls that can be easily assembled to form private spaces inside emergency relief shelters. 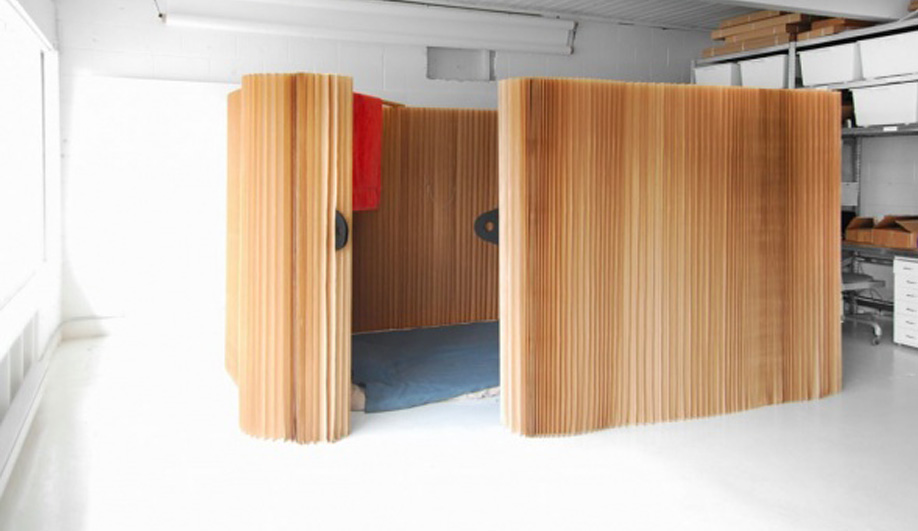 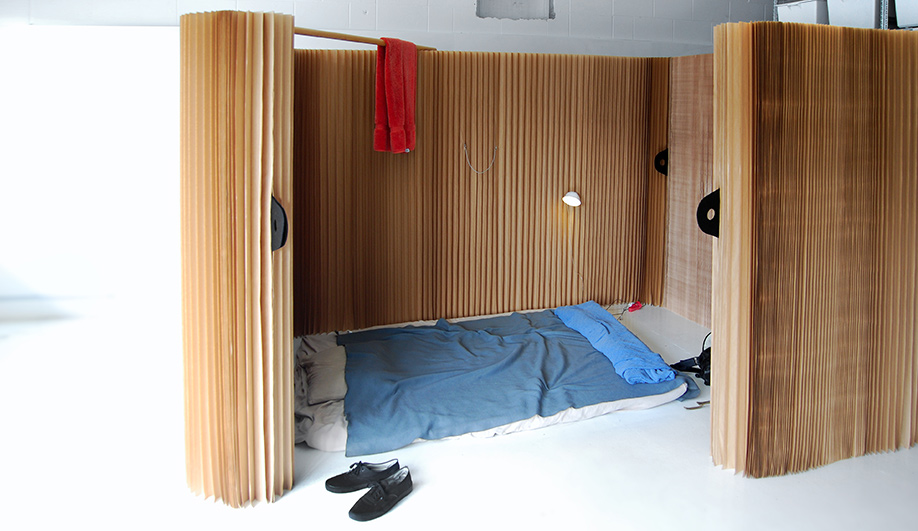 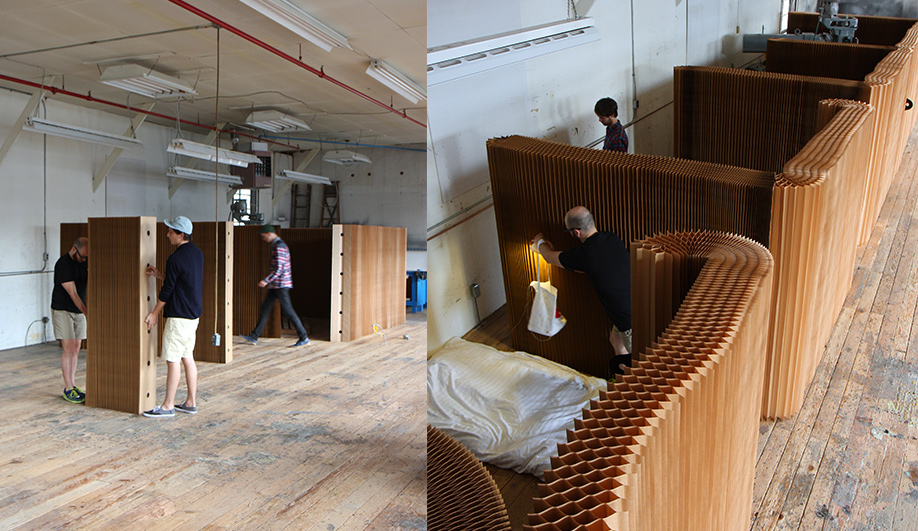 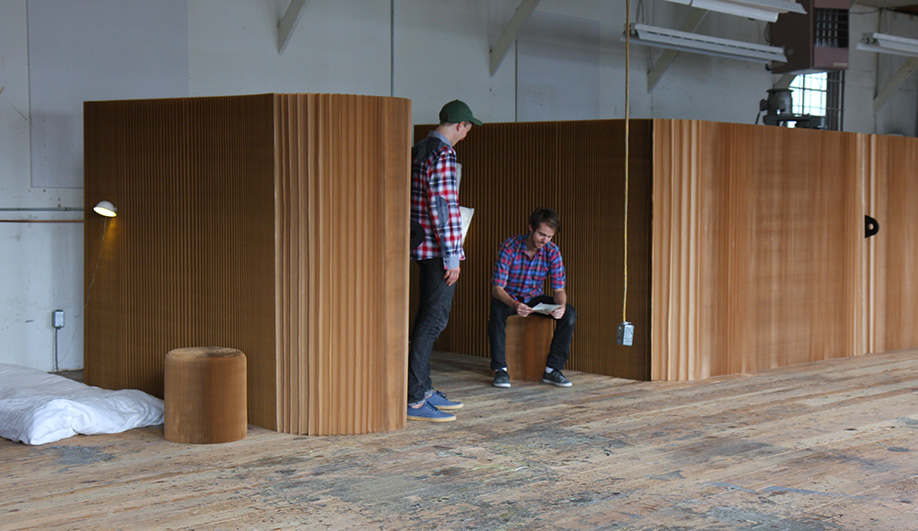 Dubbed Softshelter, the system can be deployed within larger shelter areas to create personal space and privacy, which is often compromised in the wake of a disaster. The kraft paper walls stretch or contract to form endless configurations and are connected simply using magnetic panels, no tools are necessary. This means that it only requires two people to set up the partitions. The honeycomb walls, which are 1.8 metres tall and can expand to a maximum of 4.5 metres, can be compressed accordian-style to a thickness of five centimetres for storing and shipping.

A designer at Molo, which is led by Stephanie Forsythe, Todd MacAllen and Robert Pasut, is currently occupying a Softshelter space inside the studio’s workshop from now until the end of September. Using the space in the same way that someone would post-disaster, he sleeps and showers there, and cooks his meals on a small propane grill. By living in the system as it’s designed to be used, the studio hopes to refine the concept.

AZURE spoke with MacAllen about Softshelter and its role in transforming relief shelters.

Azure: Softshelter is an evolution of Molo’s Softwall + Softblock modular system. How did you realize that Softwalls it could also be used in relief situations?

Todd MacAllen: The recent tragedy in Japan definitely prompted us to think about creating shelter – spaces that people can make into homes. It’s about community building – groups of people and shelters adapting to circumstance and daily rhythms to create communities, the precursors to the actual built community to come.

AZ: Now that someone is living in a Softshelter, what kinds of discoveries will be taken into account in the design?

TM: A simple, recent discovery made right away was that a “closet” could be made in one corner of the shelter by resting a length of cardboard tube diagonally across the top of the walls where they meet. Discoveries like this will be included in the Softshelter guide, showing people how they can use materials that are already on hand to further improve living conditions.

AZ: What are the walls made of?

TM: Softshelter walls are made of a natural brown kraft paper. The material was chosen as it is a strong robust paper with a combination of 50 per cent recycled fibres and 50 per cent new long fibre that reinforces the matrix or short recycled fibre. Kraft paper is also fully recyclable and the version we are using for Softshelter is not made with any bleaches or dyes. The shelters are fire retardant and treated to meet the German B1 fire rating specification, the world’s highest standard. The fire retardant used to treat the walls is a non-toxic, salt-based solution.

AZ: How do you think it will transform the current idea of a temporary shelter?

TM: Softshelter has the potential to dramatically increase the quality of life for people living in large shared spaces for extended periods of time, providing privacy for personal and family space. The fact that the walls are flexible and can be set up and moved by anyone, without any tools means that individuals and families are empowered to reconfigure their own spaces, expanding, contracting and rearranging walls to create privacy for sleeping or shared gathering space.

Also, it changes the idea of emergency shelter to think about it and consider the need for this type of shelter prior to a disaster. It is a planned and immediate response to a need – something designed to enhance life in extraordinary situations – rather than a reaction with quick and makeshift results. We imagine this has great value in building moral and confidence for people to feel some sense of being organized and able to work together as a community.

AZ: In the aftermath of a disaster, food, clean water, shelter and medical supplies are usually the top priorities. How do you see Softshelter in the recovery process?

TM: In survival manuals, we are told to first attend to first aid emergencies, then seek warmth – protection from the elements, then water and food. If all of this is considered ahead of time and shelter is planned, then the moral boosting affect will serve to help people overcome the hurdle of loss. There can be incredible despair in disaster situations that can freeze people and lock them into a loss mode where the motivation to live and build is removed. Beyond survival, we hope that Softshelter can provide some of the normalcy and comfort of having a home in what could be an extended period of homelessness.