Moment Factory Lights Up Jacques Cartier Bridge With Interactive LEDs
A historic Montreal landmark is brought into the 21st century with interactive illumination. 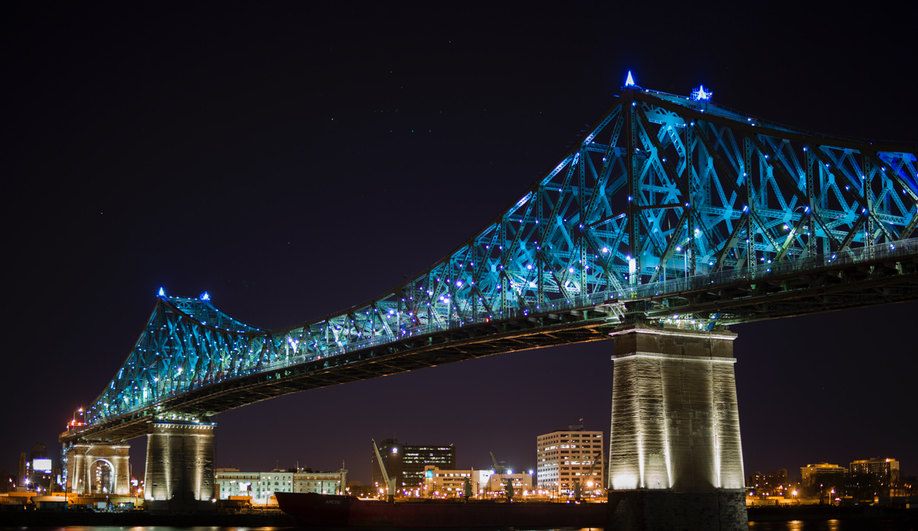 A historic Montreal landmark is brought into the 21st century with interactive illumination.

“It’s not every day we get the opportunity to change a skyline,” says Gabriel Pontbriand of Montreal’s Moment Factory. But that’s exactly what the creative director – plus designers and engineers from six other local firms – did when they rigged out the Jacques Cartier Bridge in interactive lights that breathe new life into the iconic structure. 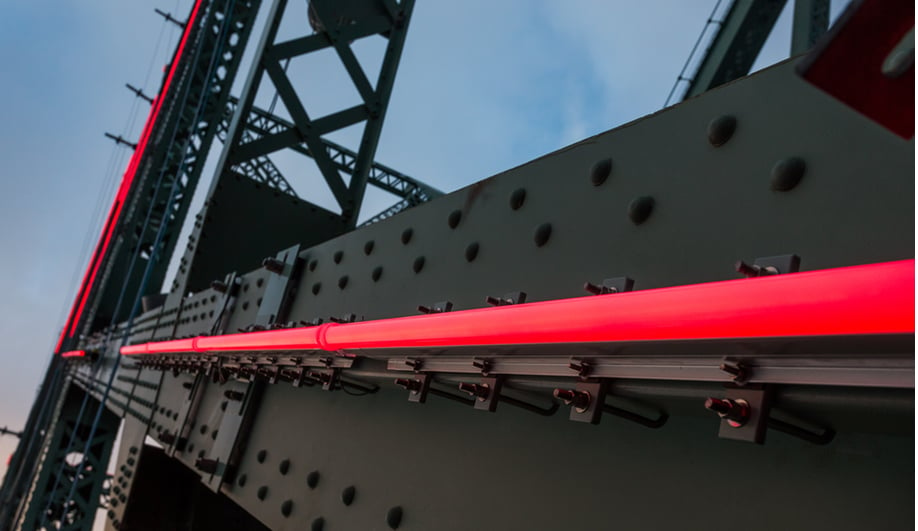 It wouldn’t be the first time Moment Factory has created a spectacle after dark. The studio has built a reputation for using light as a material, masterfully crafting signature shows and illuminating major events and concerts, including firing up the stage for acts like Madonna, Nine Inch Nails and the Red Hot Chili Peppers. It has also cast light on public spaces, such as LAX, as well as parks and retail environments.

The biggest challenge with the Jacques Cartier Bridge was to respect the 87-year-old structure’s landmark status while creating a data-driven program that would illuminate it with 21st-century technology. The intervention uses real-time data from newsfeeds, weather reports and social media along with sensors and cameras attached to the iron trusses to give citizens an ever-changing snapshot of what’s happening in their city. After sunset, the bridge slowly wakes up, the light intensifying as darkness falls. 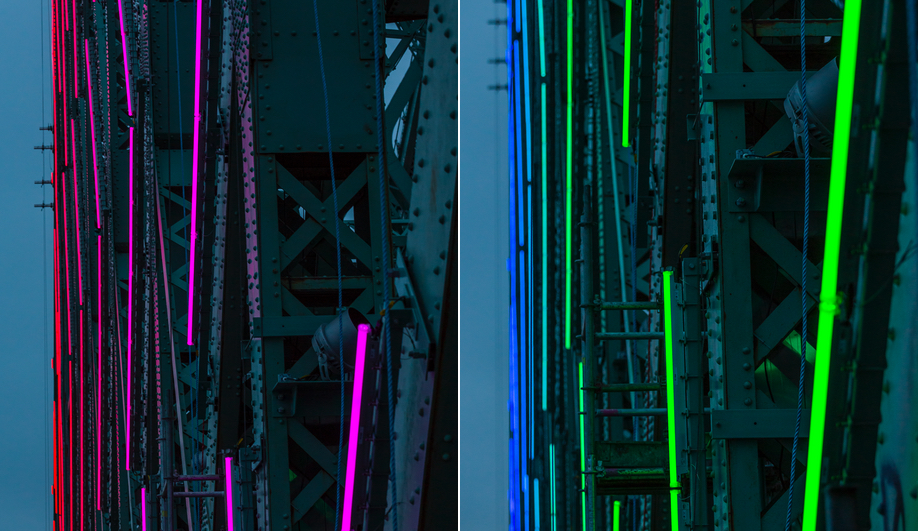 Some 10 kilometres of cable connect 336 LED fixtures (each with multiple RGB options) that shed light on the structure’s interior or heart, 199 LED colour-wash fixtures that illuminate the pylons and turrets, and 2,224 outward-facing programmable LED tubes that light up the skin. These tubes, capable of outputting 60 frames per second, convey vehicle, bicycle and pedestrian traffic, provide weather reports and broadcast trending news, with colour changes that announce, say, an election upset.

But they also read the citizens. When people tweet using the hashtag #illuminationMTL, the city’s mood is reflected through dots – the more dots, the more Montreal-related tweets; if no one is hash-tagging the bridge, it will be “quiet.” The interior LED fixtures, on the other hand, function as the city’s chromatic calendar, with 365 individual colours indicating the changing seasons. Shining icy blue in winter, for instance, they slowly melt toward a pale green that intensifies as spring gets under way – a visual cue for Montrealers to come out of hibernation. 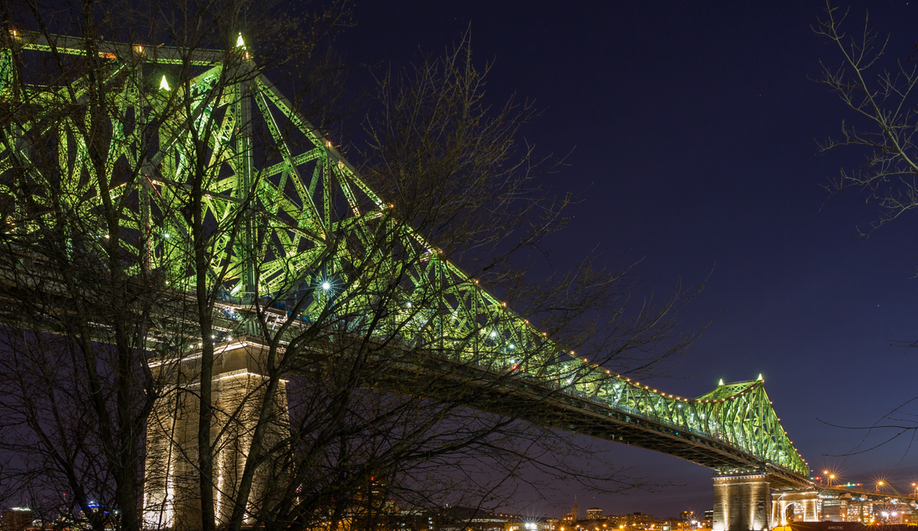