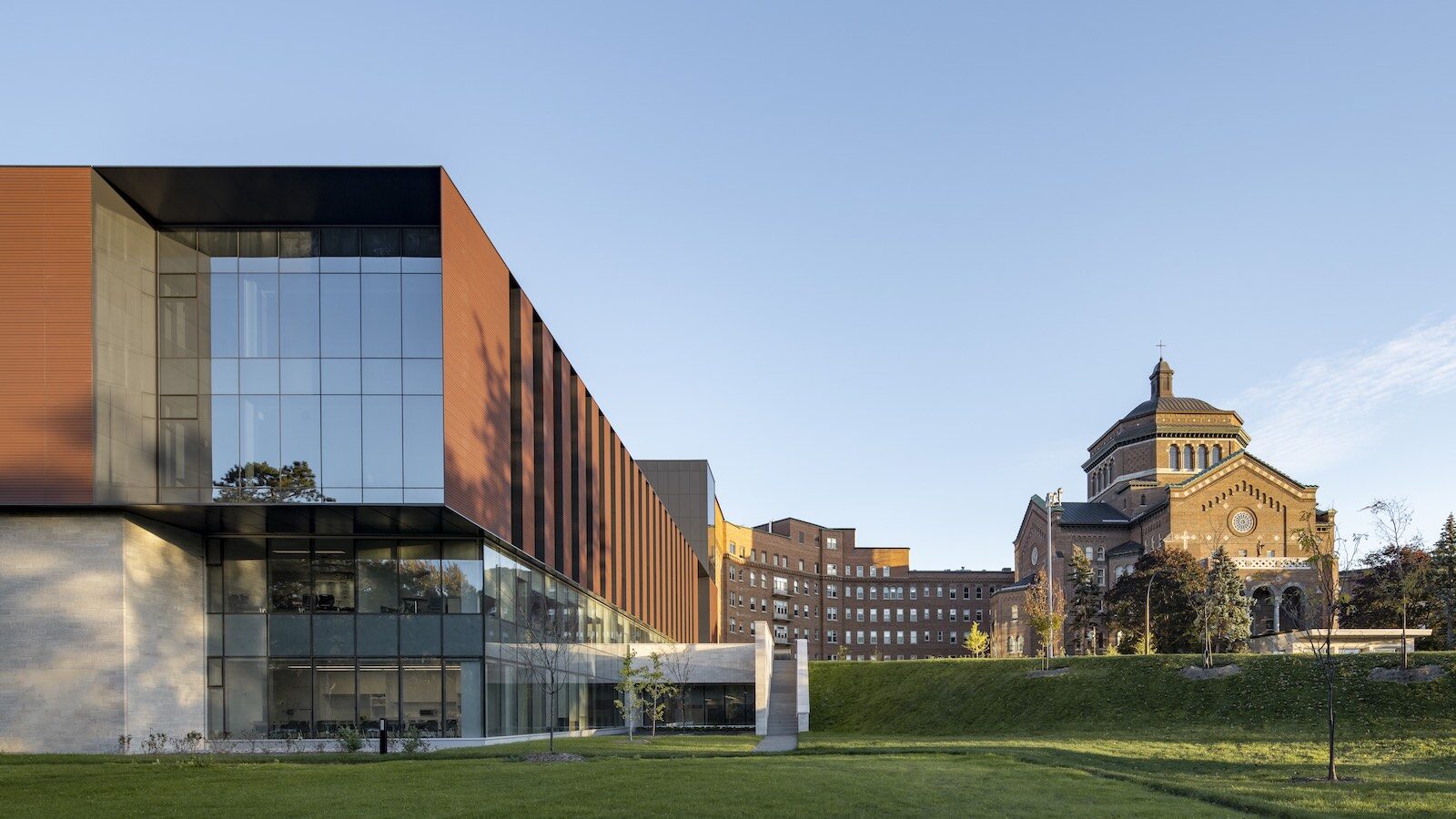 On a site near the banks of the Prairies River at the northern edge of the Island of Montreal, the city’s cathedral-like Sacré-Cœur hospital — complete with a cross and cupola — is a nearly century-old fixture on the urban landscape. Initially devoted to the treatment of tuberculosis, the institution expanded into a teaching hospital, becoming a major regional centre for pulmonary, orthopaedic, psychiatric and ambulatory care. But the ageing complex also became increasingly crowded and dilapidated, setting the stage for an expansion and renovation that elegantly brings the institution into the 21st century. 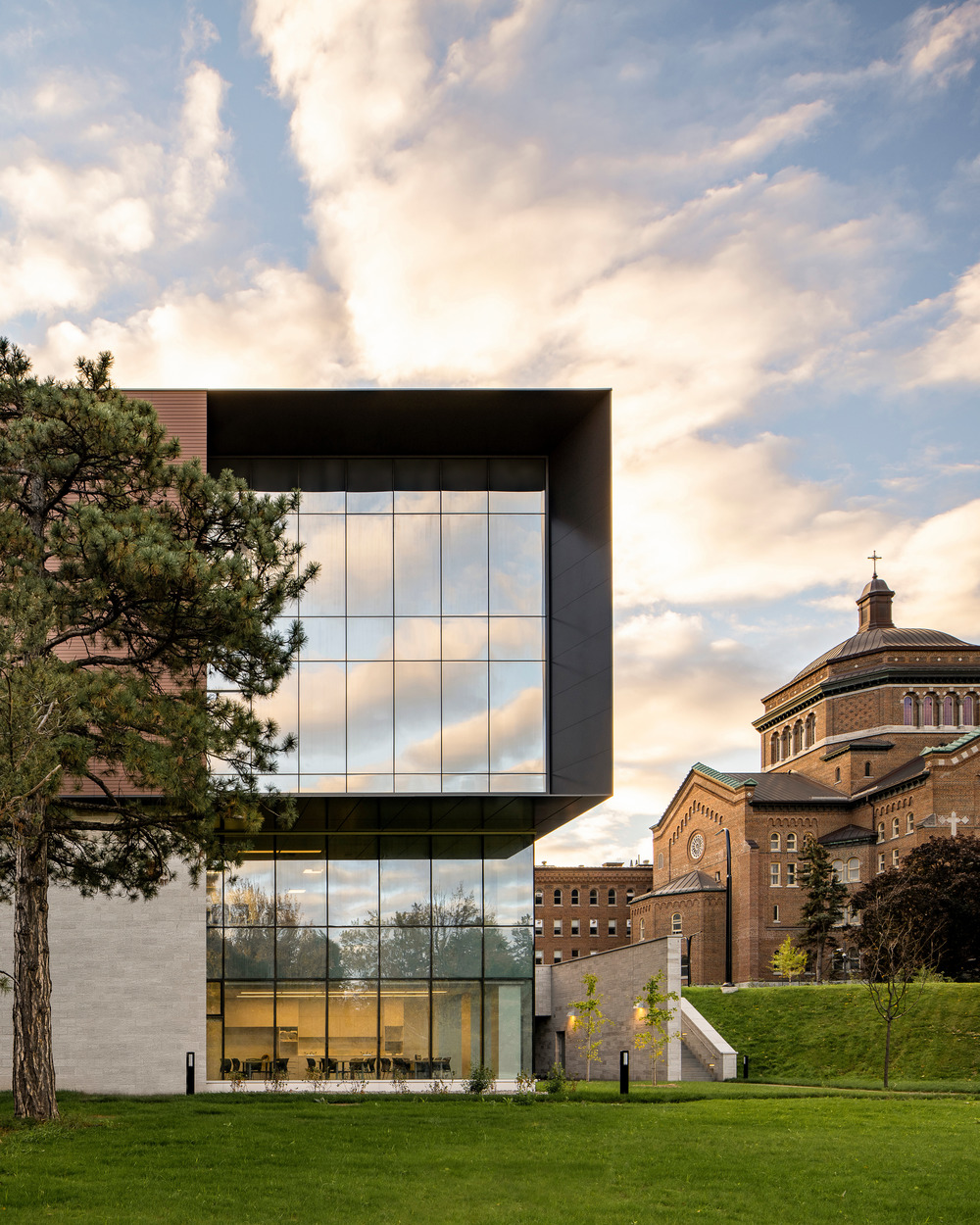 Designed by Quebec architects Provencher_Roy and Yelle Maillé in joint venture, the 16,252-square-metre addition introduces a new L-shaped wing to the hospital, housing an integrated trauma centre, a maternity unit, endoscopy and cardiology departments, as well as a specialized medical device facility. Clad in a combination of masonry block and sleek curtainwall, the design balances sensitivity to its historic context with an emphasis on natural light and a comfortable, soothing patient experience that eschews an institutional ambiance. 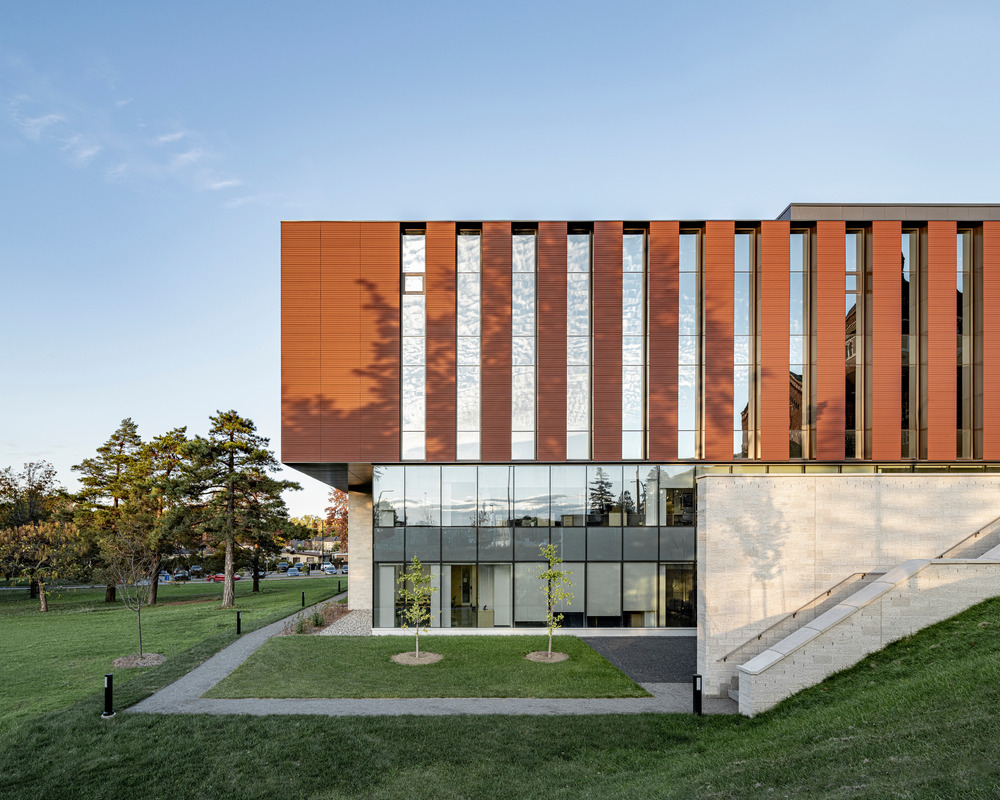 Conceived as a campus environment, the new addition also emphasizes connection to the outdoors, with the light-filled lower levels — which house communal spaces waiting rooms, lounges and cafes — enjoy sweeping views over the grounds and the original building opening out to a row of landscaped gardens, outfitted with ample greenery and public seating. 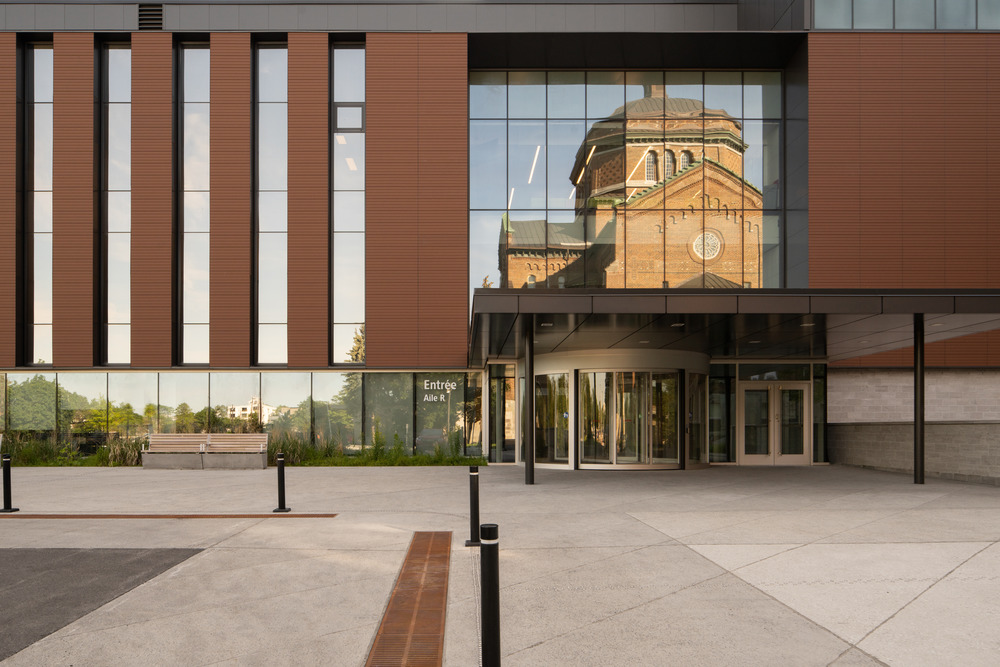 Along the more sheltered, masonry-clad upper floors, patient treatment spaces are complemented by simple, legible interiors, which are brightened by touches of colour and natural wood surfaces. And while the abundance of natural light does much to dispel the disorienting, claustrophobic environment, the coherent layout — organized around a central corridor that connects to the older wing, where a new entryway serves as a welcoming front entrance — also makes for easy, intuitive wayfinding. 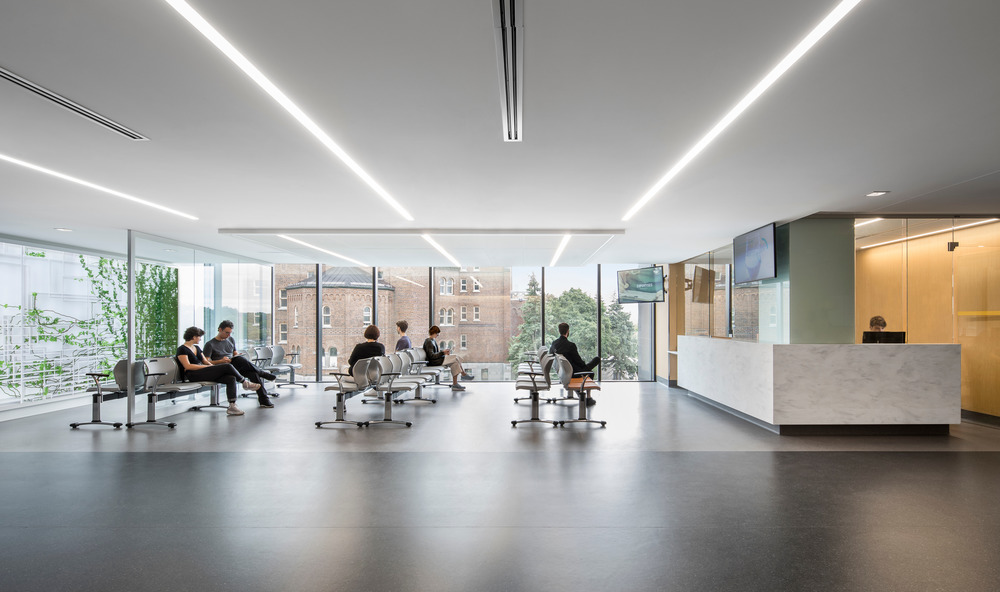 Alongside a much-needed expansion of the hospital, Provencher_Roy and Yelle Maillé’s deft intervention — which facilitates future additions — restores a sense of clarity and coherence to a hospital that evolved into a jumble of buildings over the course of the 20th century. In doing so, the designers also restored the emphasis on sunlight, nature and outdoor space that was central to the original 1920s design. 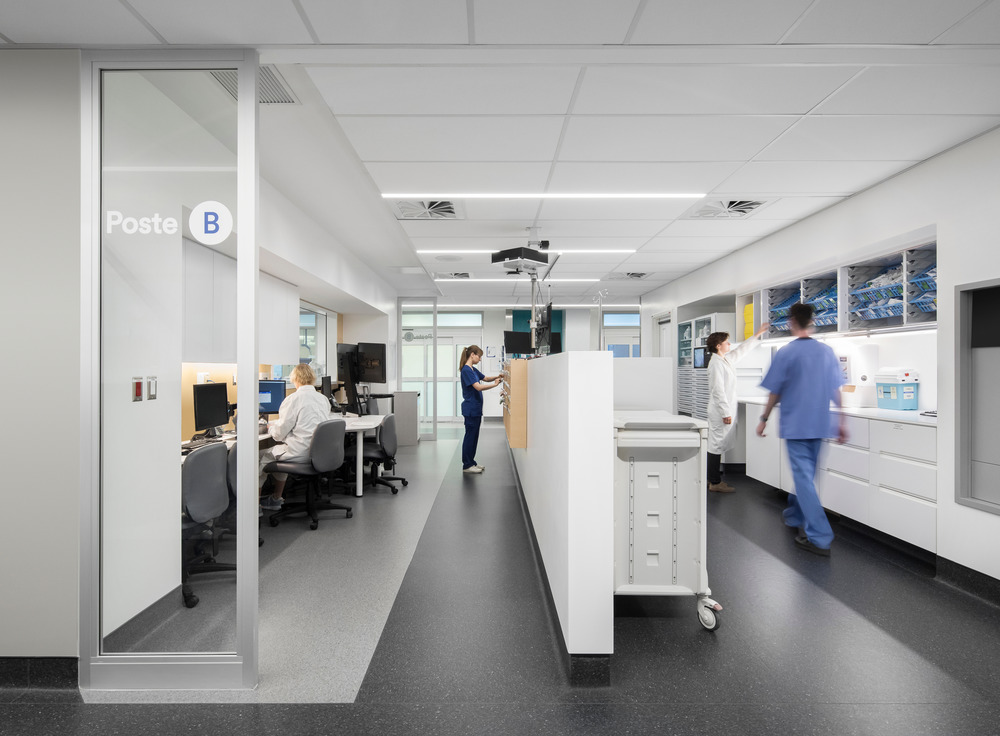 “The original building plan included the construction of two wings destined for tubercular patients, designed to transmit the therapeutic virtues of sunlight. Access to light and views was central to the design” explains Provencher_Roy’s Benoit Laforest. At Montreal’s Sacré-Cœur hospital, it’s a principal that remains as vital as ever. 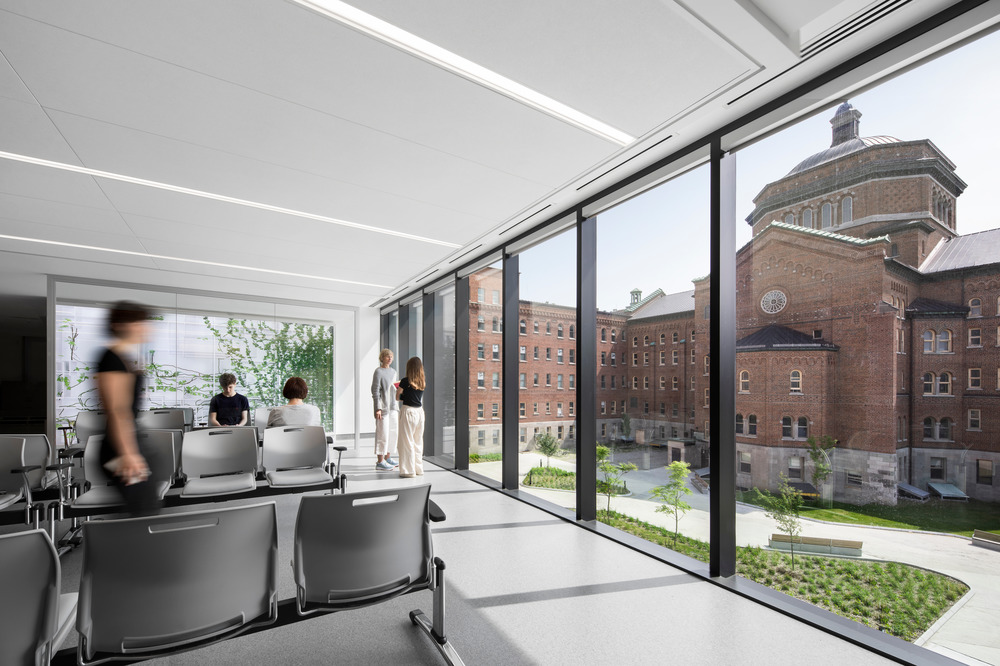