Montreal’s Dramatic New Library
With a bold roofline that slices through the interior, the Bibliothèque du Boisé, situated just outside the city core, establishes a modern landmark that merges indoors and out. 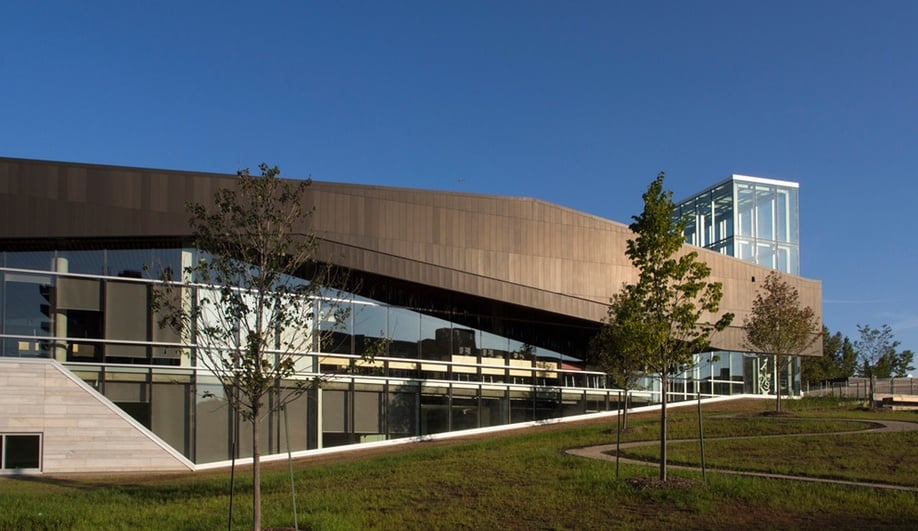 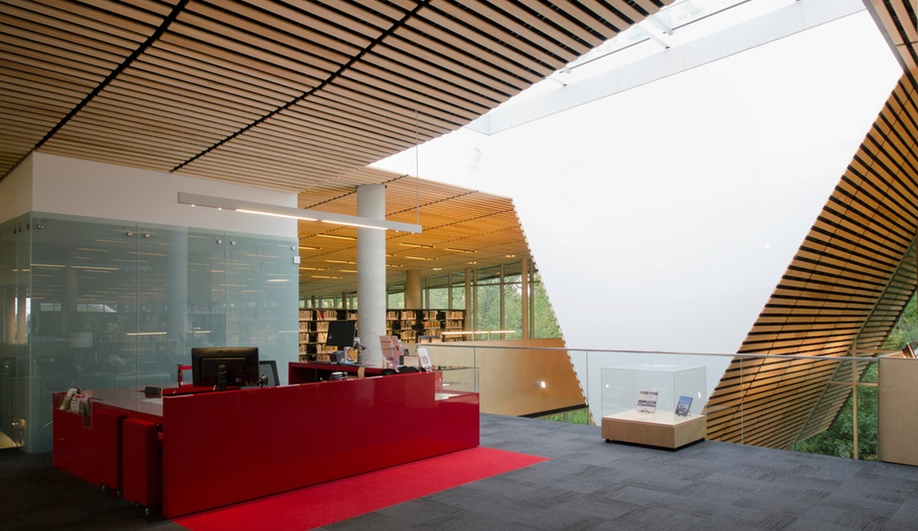 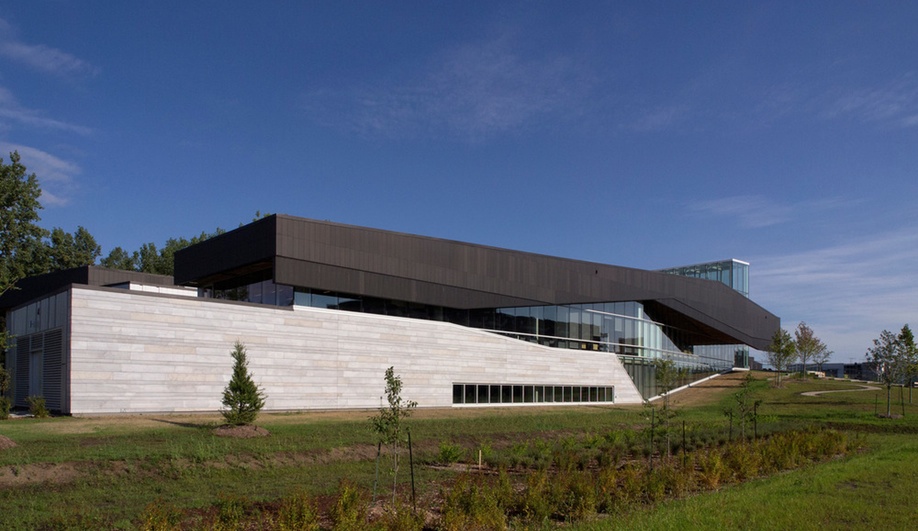 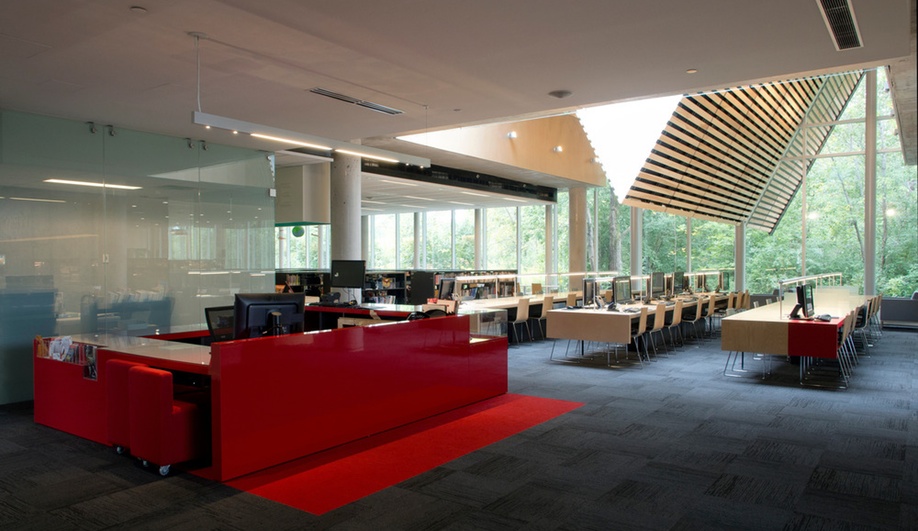 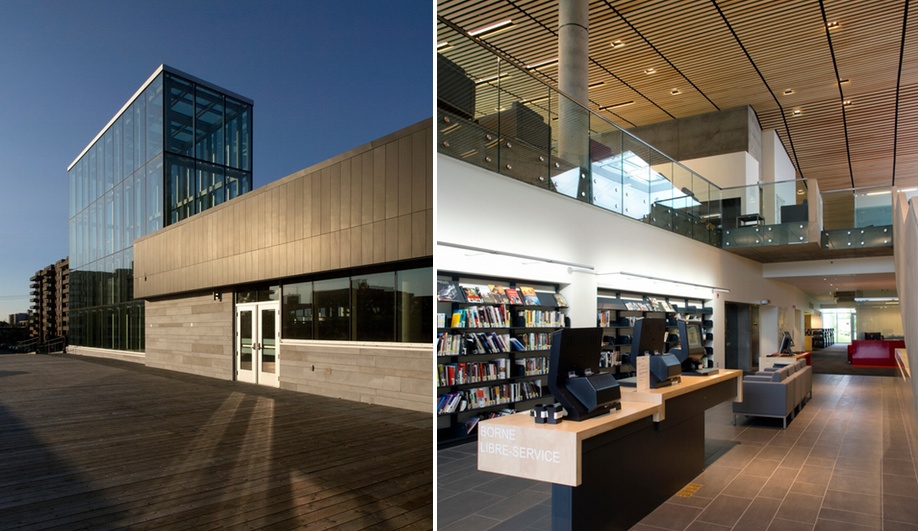 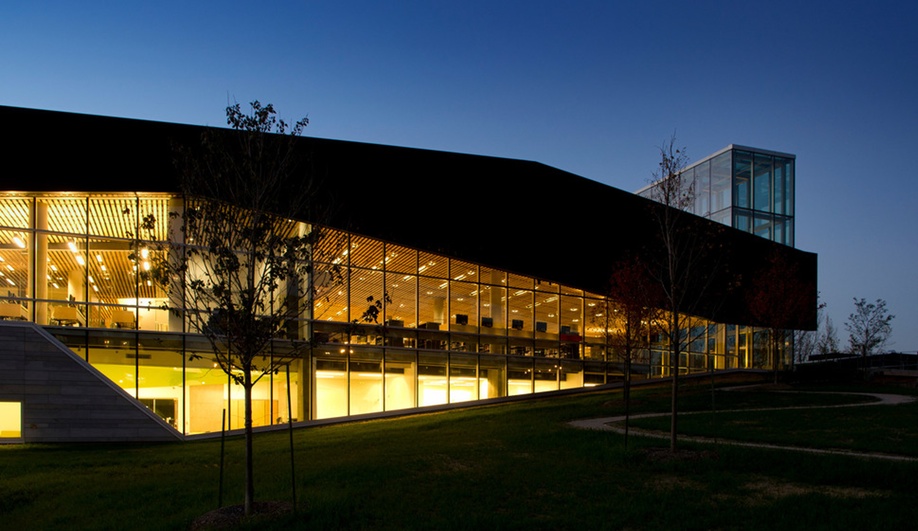 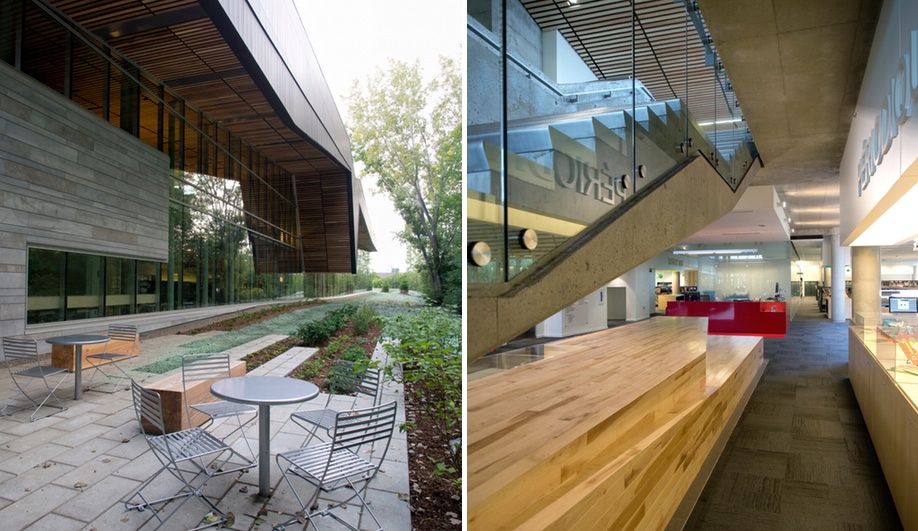 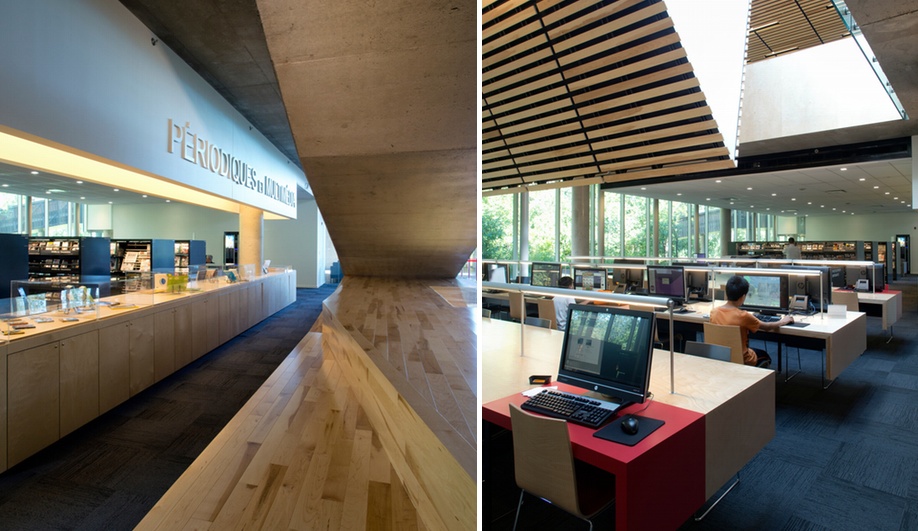 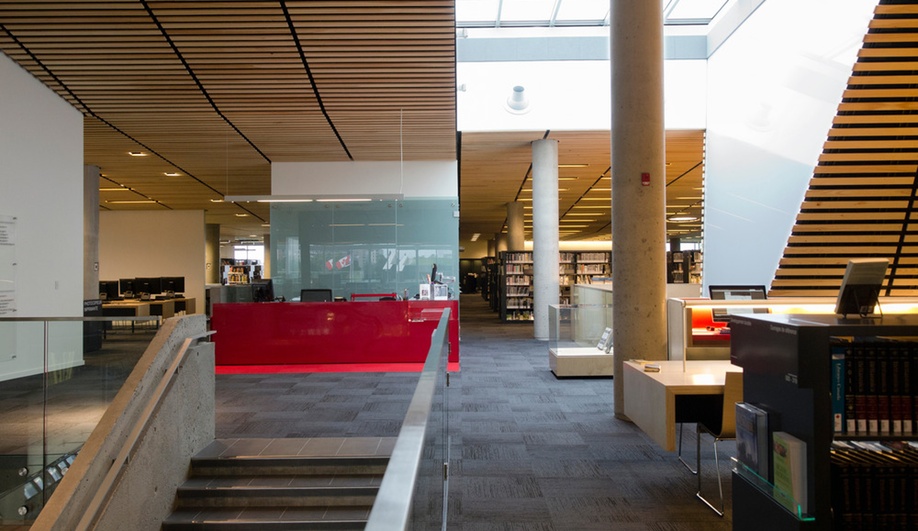 Thanks to its expressive low-slung facade, sandwiching a swath of glass curtain between cement and metal cladding, the new library located between Thimens Boulevard and the Marcel-Laurin Park, has the look of an instant landmark. The architecture corsortium of Labonté Marcil, Cardinal Hardy and Eric Pelletier architectes won the competition for the project in 2009 (Cardinal Hardy and Eric Pelletier architectes are now part of Lemay), and the now-complete LEED-gold building has grown into its surroundings – thanks to a landscape design that makes the study hub an inviting sanctuary.

Stretching 5,000 square metres, the building is anchored by a soaring glass tower that serves as an entrance vestibule. But the library’s most jolting gesture is its dynamic roofline, which slices into the interior. In the study area, this sharp chevron transforms the slatted-wood ceiling into a dramatic spatial device, one that visually connects the library’s levels and acts as an acoustic barrier. It also links the building’s outward appearance to its inner calm – just as the glass curtain wall connects the library’s users to the lush surroundings beyond. Bespoke furniture systems in wood, a bold central stair in concrete and hits of red throughout complete the modern interior.