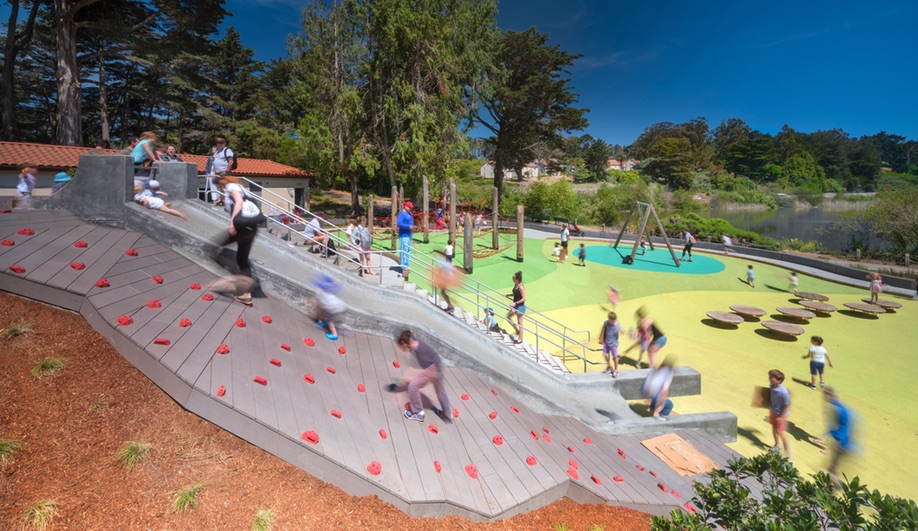 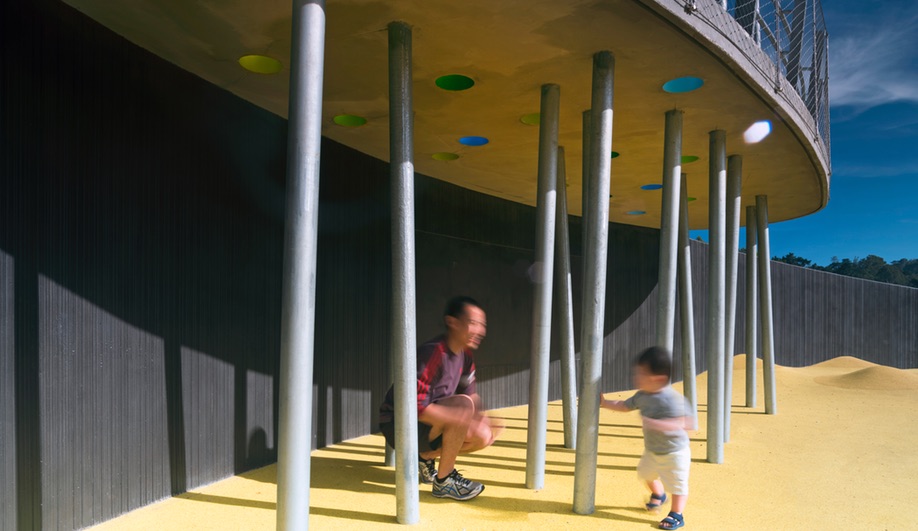 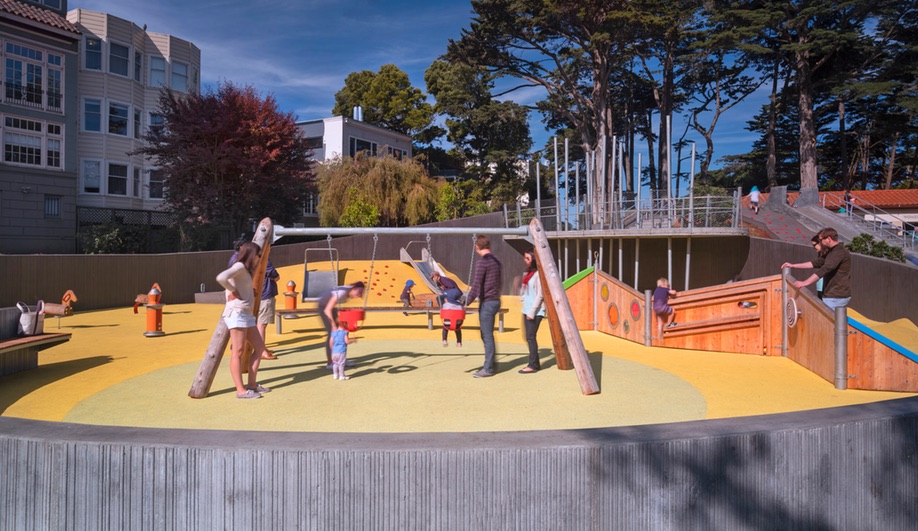 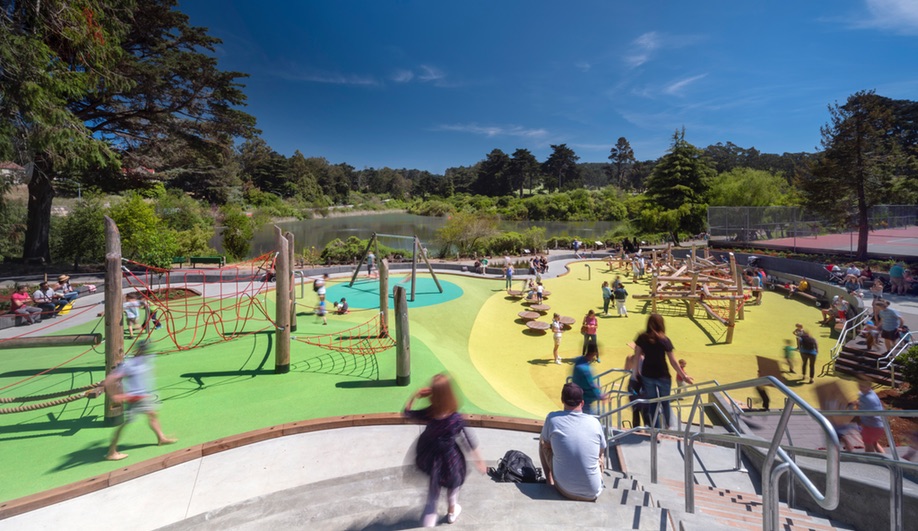 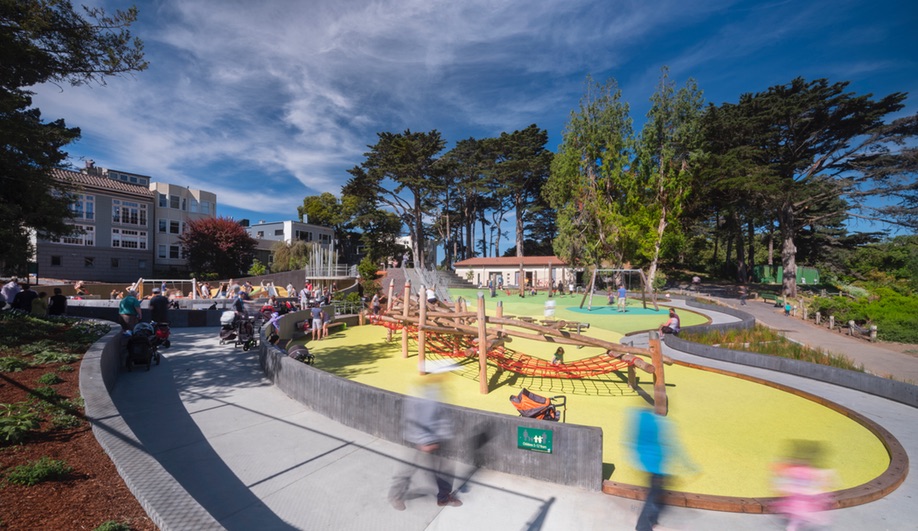 An outdated and deteriorating recreation area in San Francisco’s Presidio National Park is now a dynamic and accessible playscape, thanks to a group of community advocates and architects Bohlin Cywinski Jackson. 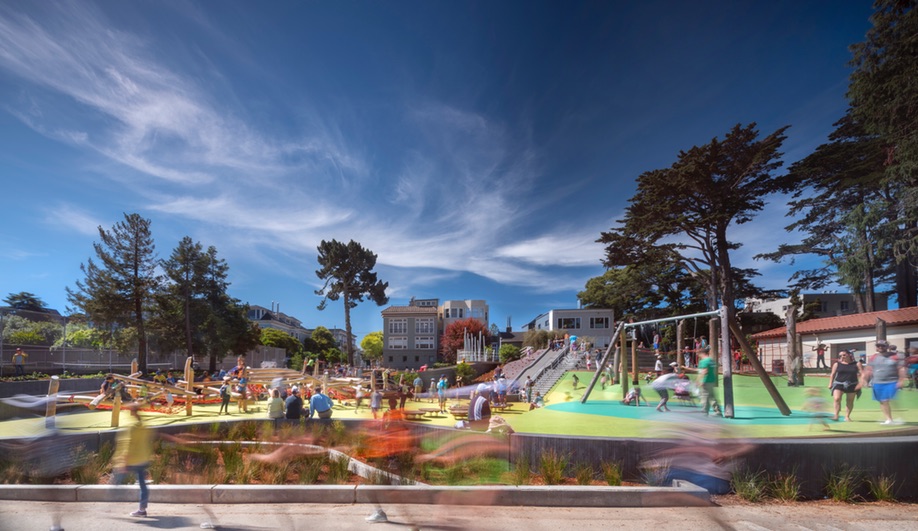 Residents, local businesses and city government all teamed up to revitalize the 30-year-old Mountain Lake Park Playground, at the edge of one of the city’s last natural lakes. The local office of Bohlin Cywinski Jackson joined the collaborative effort, working pro bono to develop a design strategy that draws on the site’s ecology. 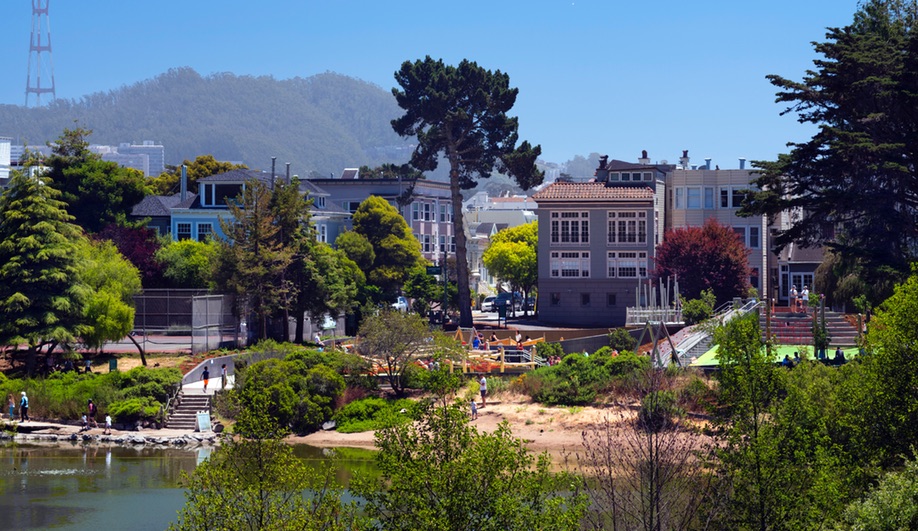 The six-hectare playscape follows the site’s natural topography, with three terraced play areas defined by brightly coloured rubber safety surfacing, spiralling paths and ramps that connect the different spaces and also make them fully accessible. “The playground is designed to be as inclusive as possible, “ says BCJ principal Greg Mottola. “It’s meant to provide for users of all abilities, not limiting anyone to just certain parts and pieces of the site.” 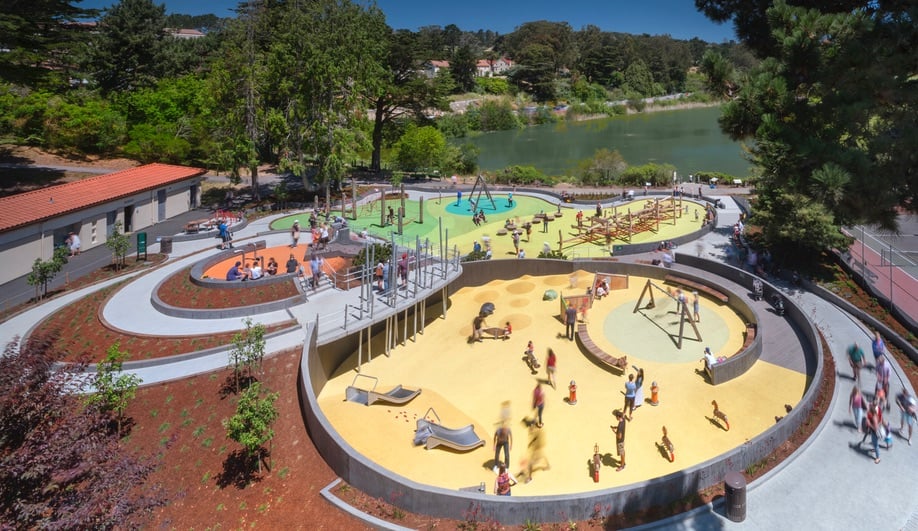 Each area was also conceived with age and play suitability in mind. Project manager Aaron Gomez says that the park represents ”a new attitude that does not prescribe a defined method of play, or script the way equipment should be used. The new playground allows children to create their own experience, offering different levels of challenge as they grow and build confidence.”

For example, the space for pre-school children features smaller slides, swings and sensory walls while the area closest to the lake is designed for older children, with elaborate rope and plank climbing structures and springboard balancing platforms. Adults are considered too, with ample seating built into the curvaceous concrete partition walls. Small niches, including more seating and tables for eating, are inserted just beyond the playground area.

A beloved concrete slide that was salvaged from the old facility is now flanked by a new staircase on one side, and a scrambling wall with rock climbing holds on the other. Adjacent to the slide, at the playground’s summit, is an observation platform oriented towards the lake and held up by a small forest of steel columns – echoing the mature redwood and cedar trees that surround the park. 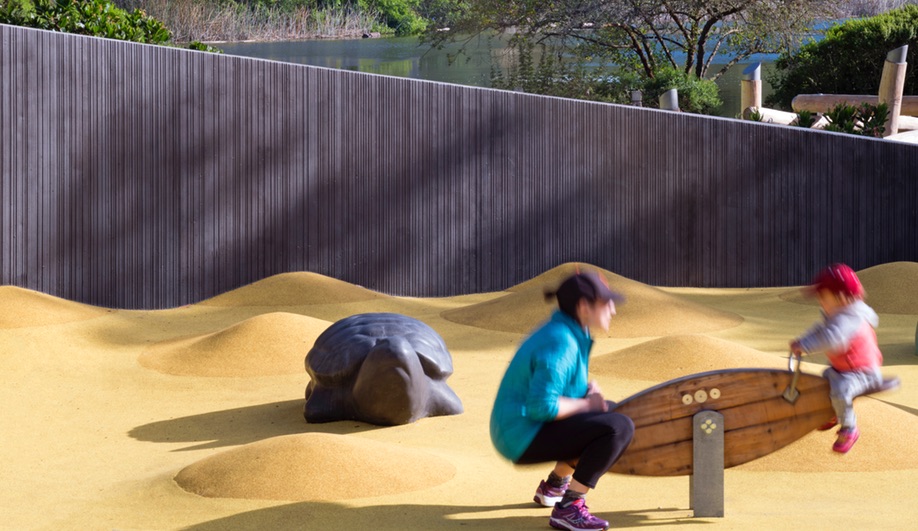 Other nature-inspired design elements include hilly mounds recalling the sand dunes historically typical of the area, concrete partition walls embossed with vertical lines that evoke marshland reeds, and sculptures of native wildlife like turtles and frogs. 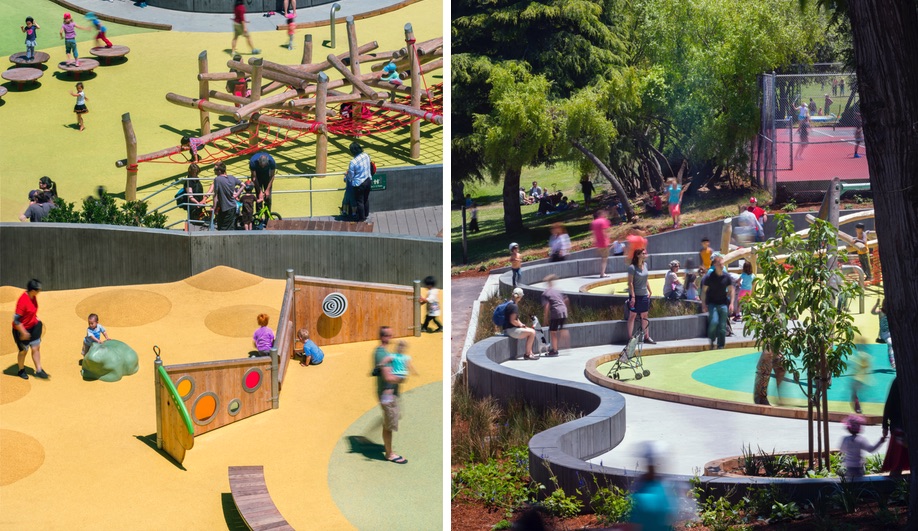 “The surrounding neighbourhood is filled with people, who grew up utilizing the original playground. By retaining key elements, such as the slide and the redwood and cedar trees, we hope to reignite a sense of ownership within the community,” says Gomez. “At the same time, in abstracting significant references to the rich history of the site, the playground feels both familiar and new, providing visitors the sense that the playground is designed to relate quite specifically to the unique setting.”