Moxon Architects Revitalize Highlands Farmhouse with a Modern Extension
London firm Moxon Architects has brought new life to a Scottish farmhouse, by reimagining it as its own, modernized twin. 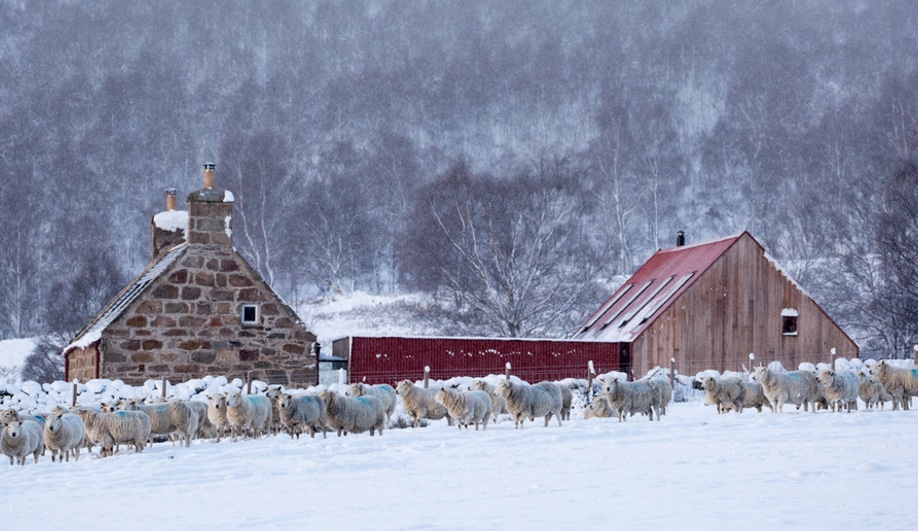 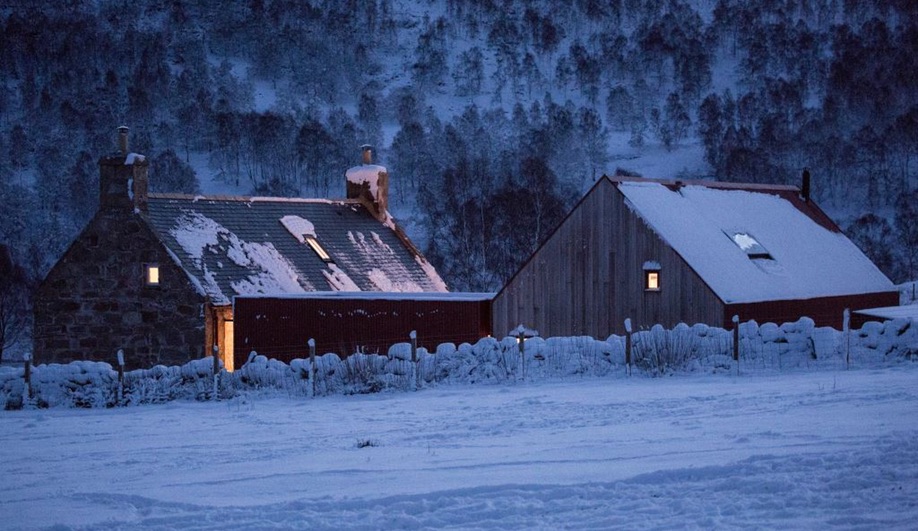 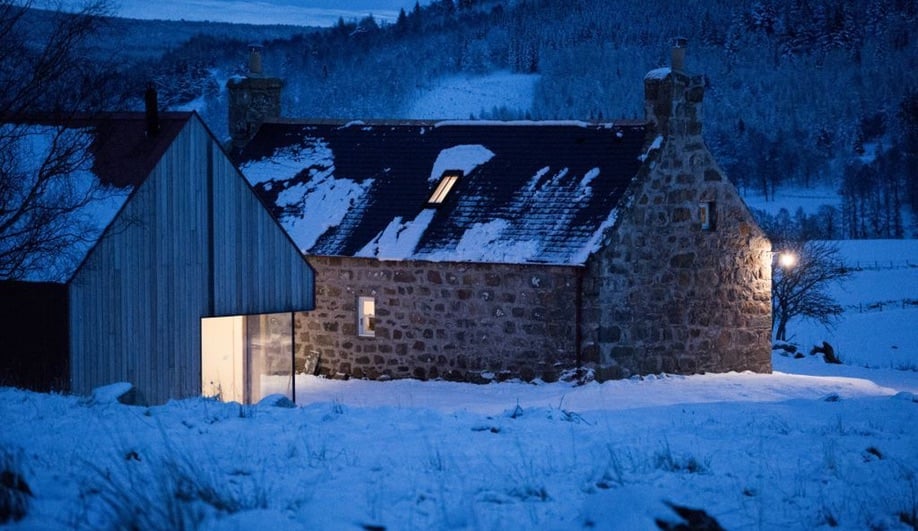 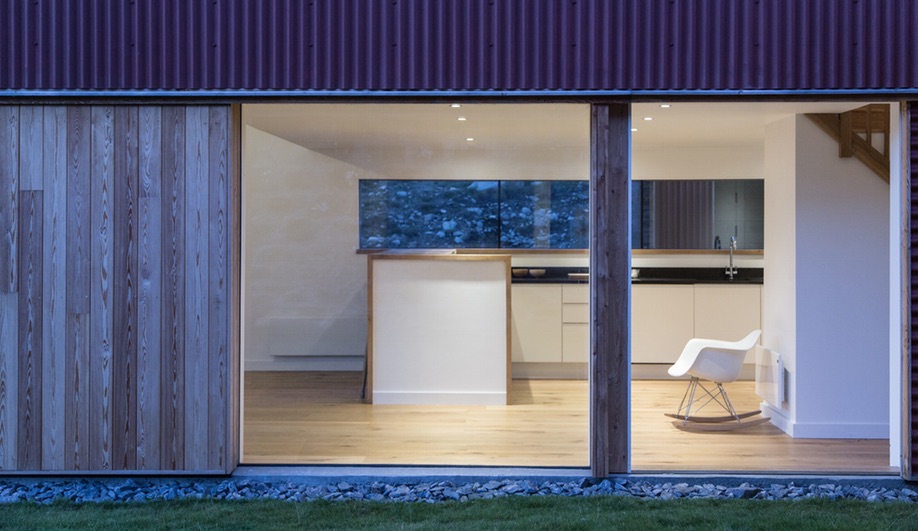 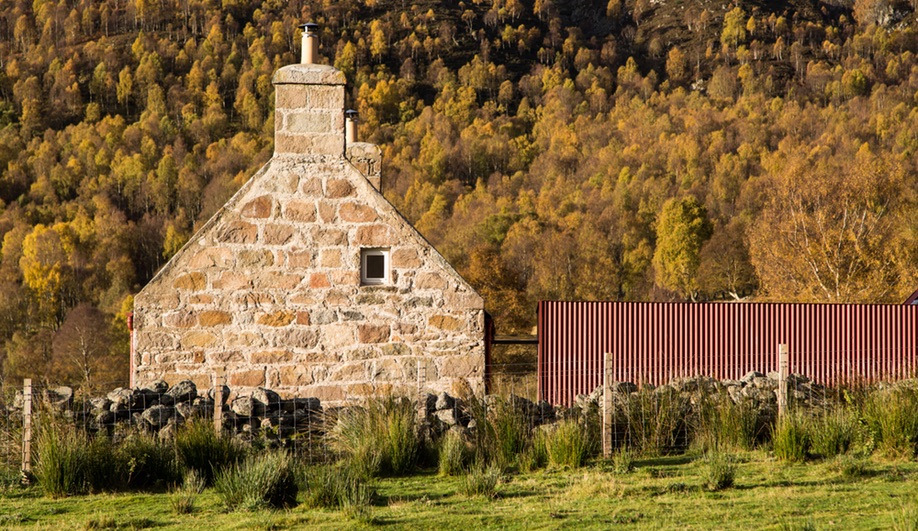 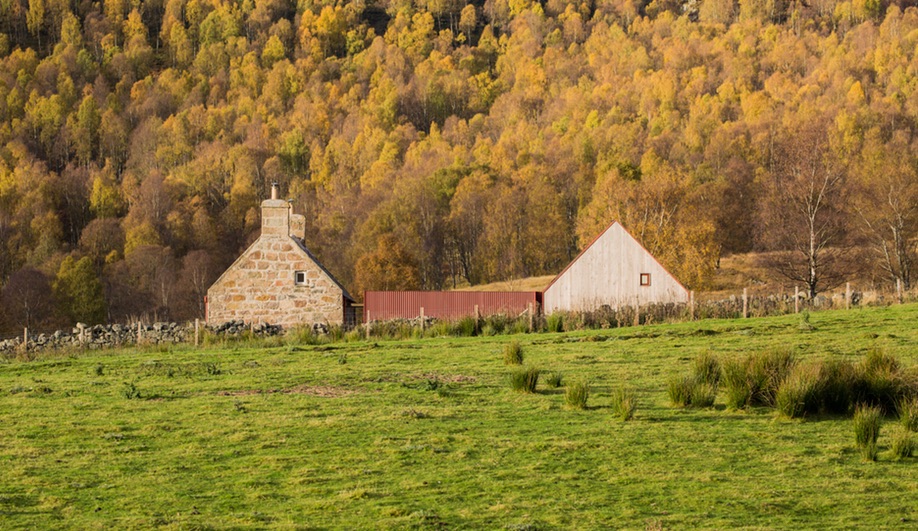 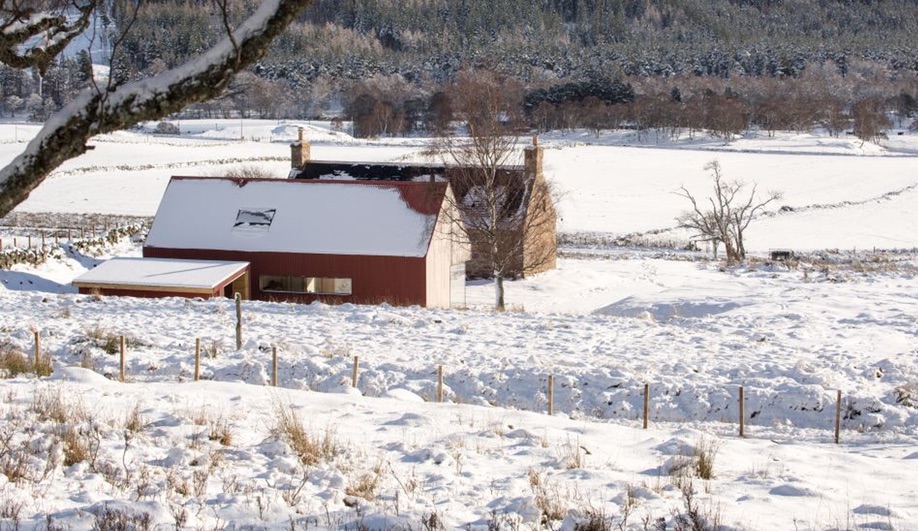 A derelict 18th-century farmhouse, tucked amongst the rolling green of the Scottish Highlands, has found new life as a modern home. A simple structure, with a pitched roof and solid granite walls, the house had fallen into an extreme state of disrepair before London firm Moxon Architects stepped in to give the farm new life. The architects, who have a second outpost nearby in Crathie, brought natural light into the nearly windowless interior with a new roof peppered with skylights.

Rather than interfere with the basic profile of the building, an extension was added, in the form of a twin. Framed as a mirror image, the second building adjoins the original via a sheltered external space that bridges the two with minimal impact, blending into the landscape with the help of a planted meadow roof.

Rather than repeating the same materials, the addition is clad in materials that reference more modern farm buildings. Barn-red corrugated tin covers one exterior wall and wraps up over the roof. The wall along the interior of the new U-shaped plan is clad in unfinished larch, with frameless floor to ceiling windows at ground level.

Like the region’s typical “but and bens” – a classic architectural style of two-room stone cottages with a chimney at either end – the new 120-square-metre house features a kitchen and a minimalist but cozy living room, with a wood-burning stove.

While the massive windows provide wide open views of the seemingly endless fields and sky, sliding exterior walls can also close sections of glazing off during the harsh Highland winters. The reimagined house now wraps an inner courtyard, that completes the home with a clearly marked yard in the midst of an astoundingly vast expanse.