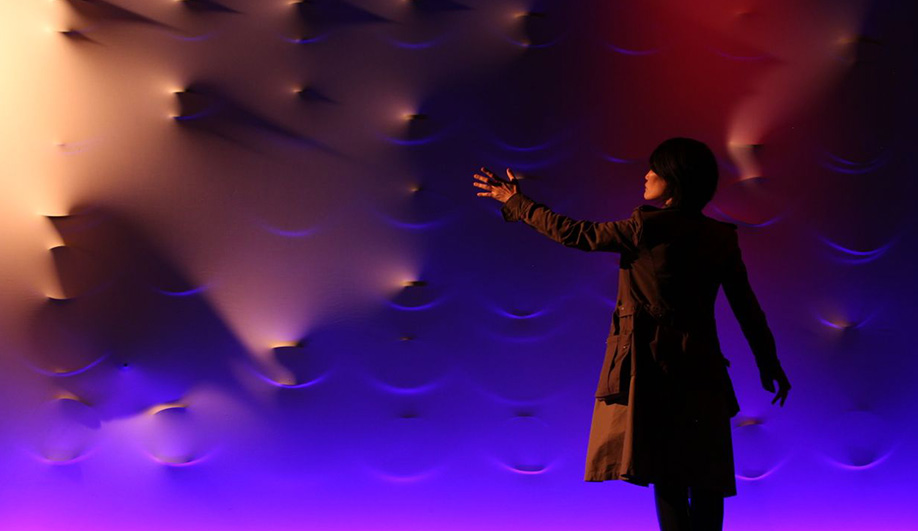 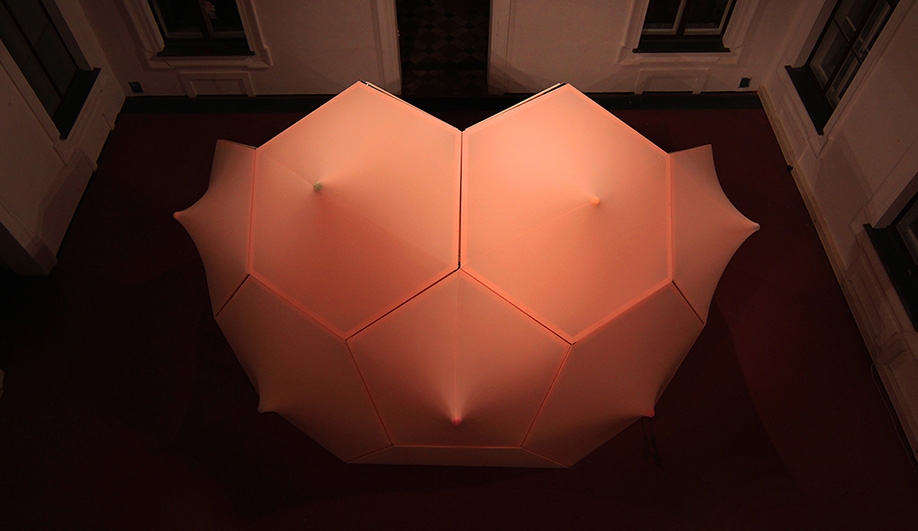 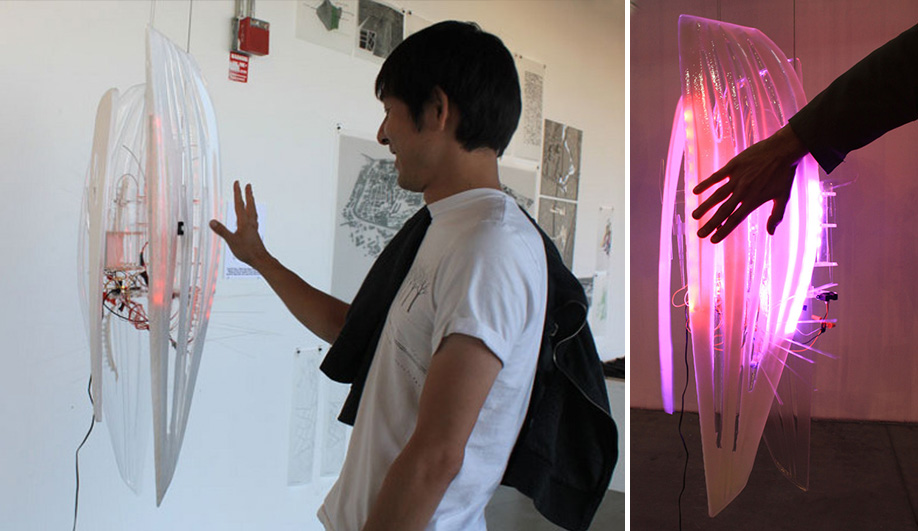 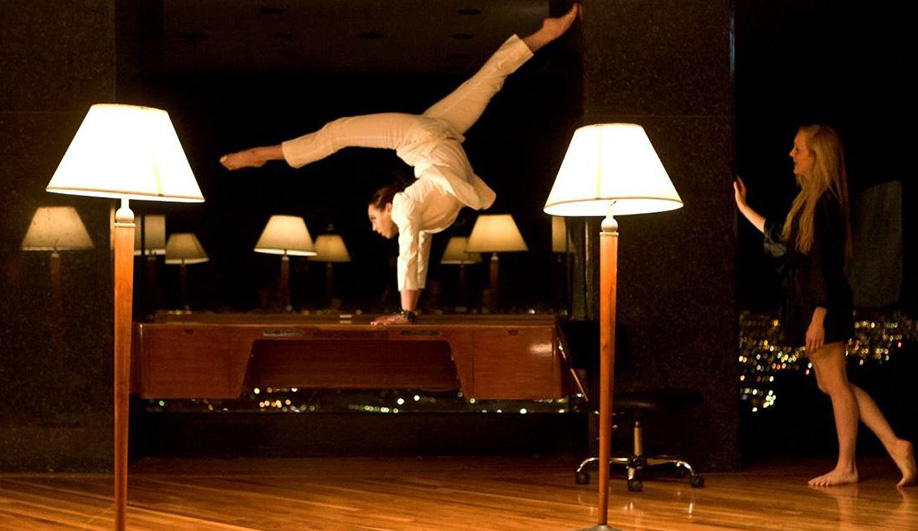 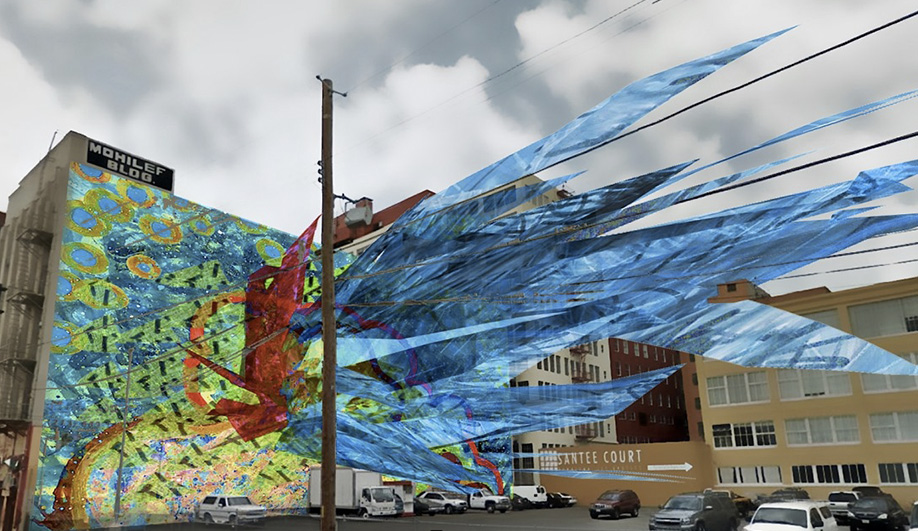 The awe-inspiring architectural painting Mirage, by Raymond Salvatore Harmon and Heavy, will be on view at 11th and Main Street 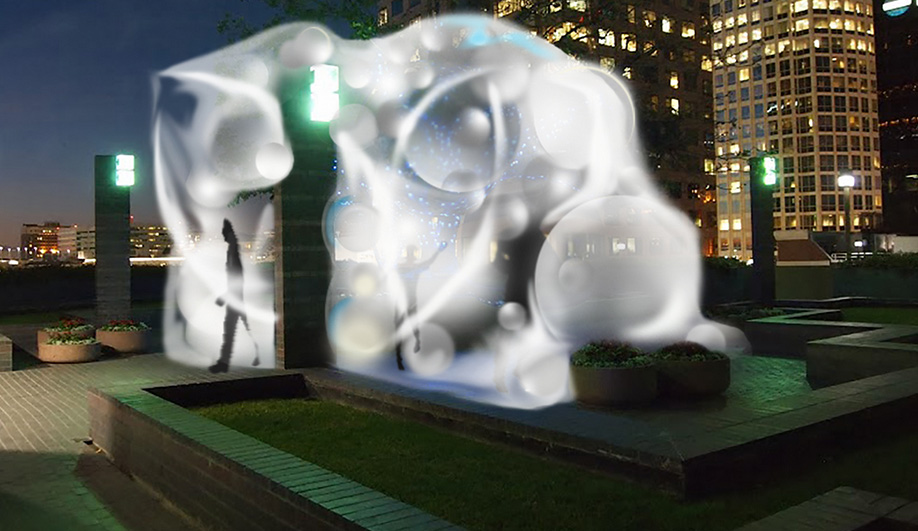 Pump Your Hood, made up of inflatables and created by Joanna Shaw, Helen Cheuk and Christian Prasch, is on view at 888 S. Figueroa, on the plaza level.

In the city’s fashion and historic Broadway districts, the installations have been mounted to building facades, on the ceilings of corporate banks and inside penthouses and hotel lobbies. The aim of Skyline, which runs until February 22, is to give local designers, architects and artists a chance to explore the rawer – and often more cerebral – edges of technology and design; and to bring the public a little closer to that usually-unseen world.

The event has been organized by LERATA (Laboratory for Experimentation and Research in Art, Technology and Architecture), a newly formed non-profit that hatched the inaugural Skyline last year. It has since organized a similar event in Chicago.

In L.A., you can pick up a map en route and explore a walkable 10-by-10-block radius, encountering such massive structures as Cocoon by Amphibian Arc along the way. In the six-metre-long structure, fluorescent tubes seem to be installed in a chaotic array but are actually based on the inner workings of a silkworm cocoon.

Inside the Palace Theater on Broadway, Güvenç Özel has set up Cerebral Hut, a wooden frame covered in stretchy fabric. The installation explores the possibilities of sensory architecture where thoughts can reconfigure physical boundaries. While still a concept, Özel’s hut simulates the idea of space morphing into various forms – in this case with the help of stepper motors. Activated pistons trigger a series of folded paper panels inside, changing the shape of the structure’s elastic envelope.

Meanwhile, architect Filipa Valente has devised a “bouquet” of artificial mechanisms; installed in the penthouse of the Cooper Design building, it communicates with the city at large. The mechanical blooms, named Liminoid Garden, are equipped with electronic controllers that receive readings of light, temperature and pollution from outside, and reinterpret that data into physical movement and light patterns. The piece also responds to the physical presence of people, blooming when someone approaches as though it is breathing.

Skyline, on from February 13 to 22 in downtown L.A., is a free event that runs every day between 6pm and 10pm.