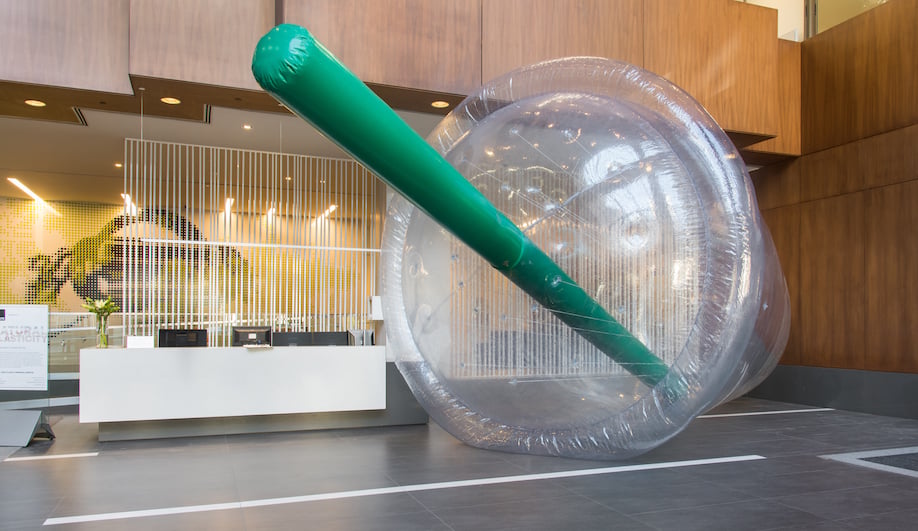 Bottles, straws, cups. Ever-present in 21st century life, these banal, single-use plastic objects are our fleeting daily companions. Then what? It’s dangerously easy to ignore single-use plastics once they leave our sight, belying their massive role in carbon emissions and environmental degradation. Landing in Toronto’s Yonge and St. Clair neighbourhood, the Natural Plasticity art installations challenge civic passivity with a series of clever – and arresting – interventions. 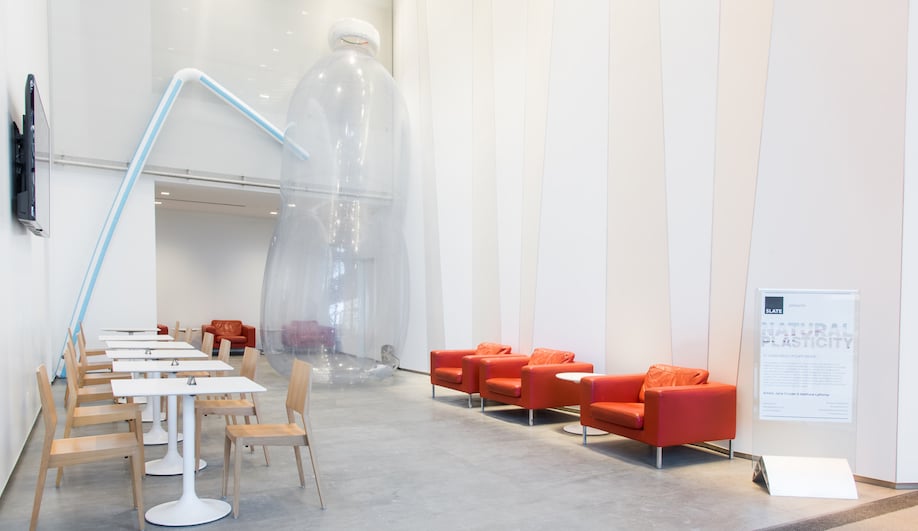 The striking inflatable art is the brainchild of artists Jana Cruder and Matthew LaPenta, who first brought Natural Plasticity to public view in 2013. Previously displayed in California, Florida and New York, the installations were brought to Toronto by Slate Asset Management, and stake their place in publicly accessible spaces at Yonge + St. Clair until May 1. 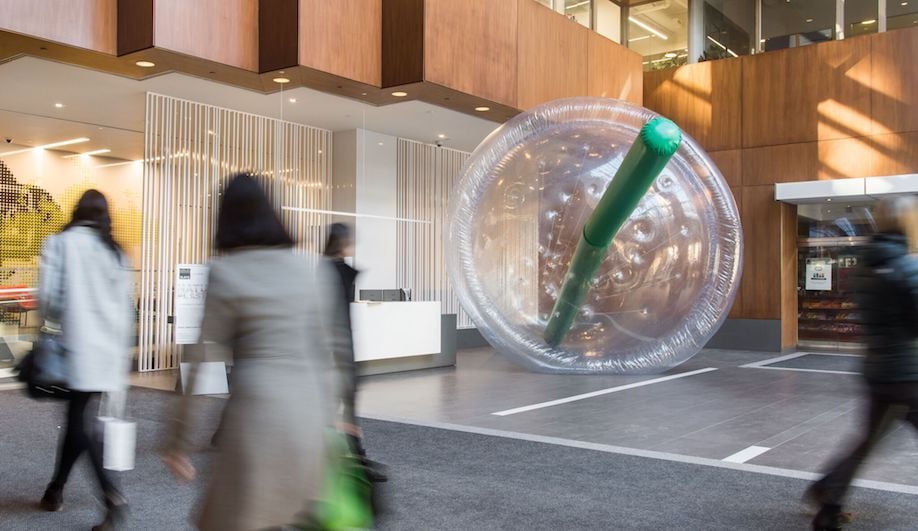 By replicating a series of plastic vessels – including cups, bottles, and a series of straws – in massive proportions, the works evoke an off-putting combination of banality and terror. Readily discarded, these quotidian, disposable objects seemingly return to haunt us on an epic scale, infiltrating the urban fabric as if to convey a sense of inescapable guilt. 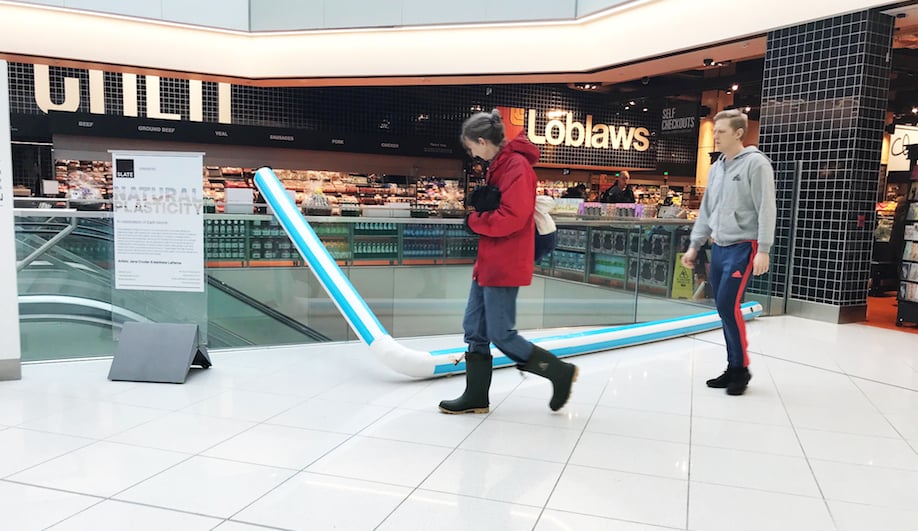 According to Cruder and LaPenta, the project was inspired by the incursion of plastic waste into natural landscapes, witnessed by the California-based artists on their hikes. “It was heartbreaking to go deeper into nature and to see a plastic bottle wedged into a Sequoia tree, wondering ‘how could this even get here?’” says Cruder. “By bringing these inflatables into the local landscape, we’re mimicking the way plastics interact with our natural environment, and we’re hoping to start a conversation of consciousness – one that raises questions about consumer behaviours when it comes to single-use plastics.” 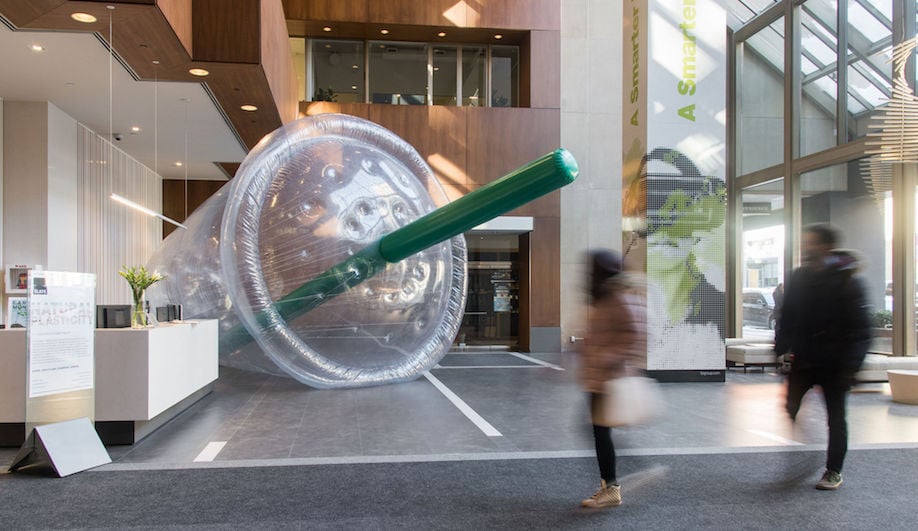 Dominating an office lobby, a giant transparent cup is pierced with a green straw, resting awkwardly askew beside the reception desk as if recently discarded. Staking a 330-square-foot presence – bigger than some of Toronto’s newer condo units – the installation hints at the near-ubiquitous Starbucks vessels that fill public recycling bins – and garbage cans – across North America.

Elsewhere, a 22-foot bottle crowds the corner of a cafeteria, while a colossal straw rests at the entrance of a supermarket, as if to remind shoppers about the environmental impacts of their purchase. It isn’t subtle, but why should it be? The environmental harms of consumer society are simple to understand, and the art speaks with a moral clarity that leaves little room for doubt.