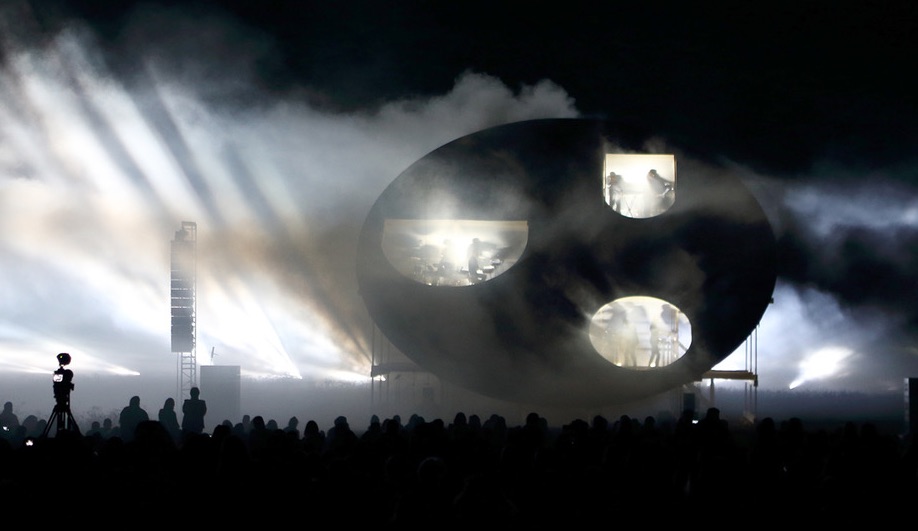 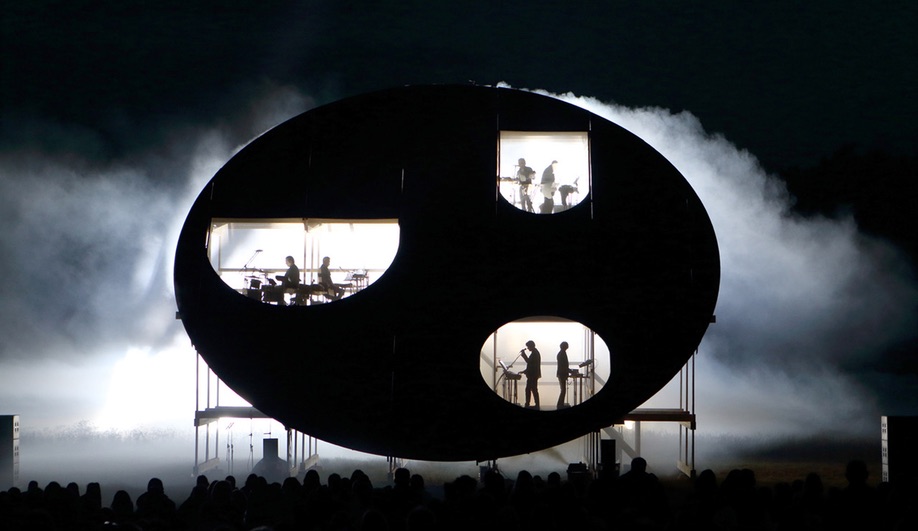 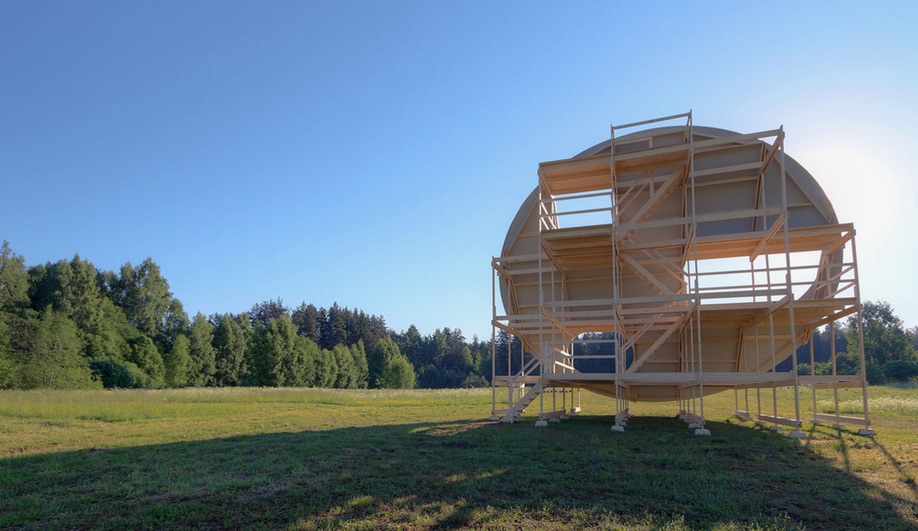 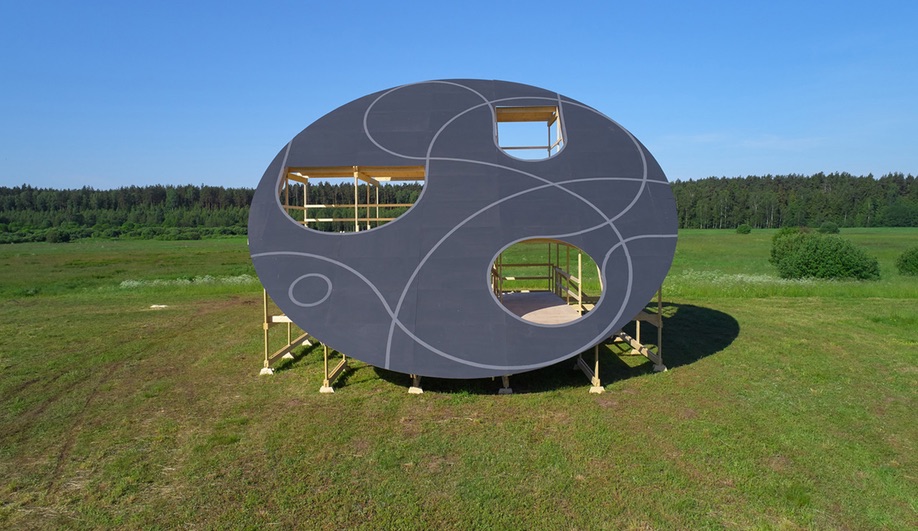 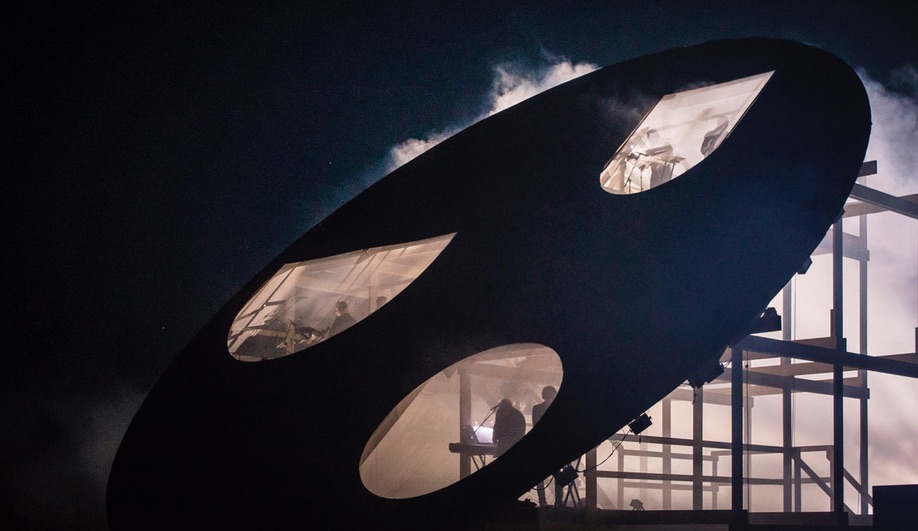 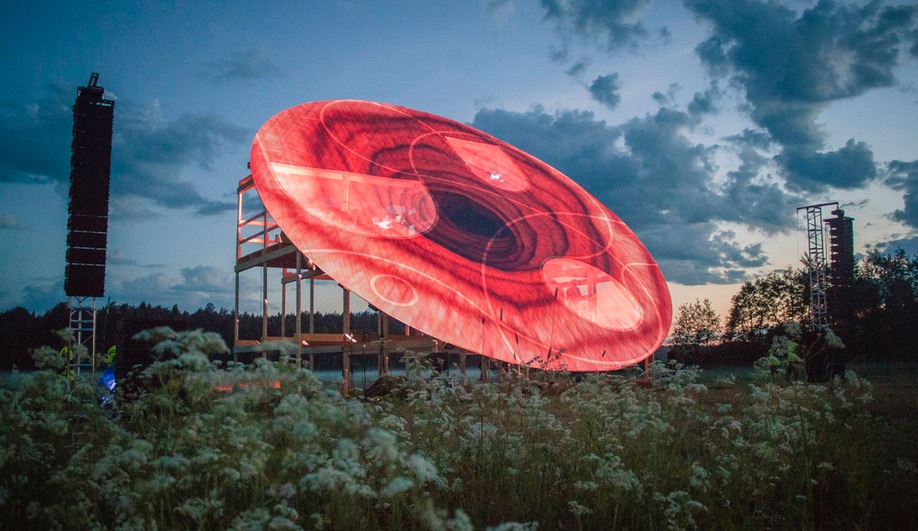 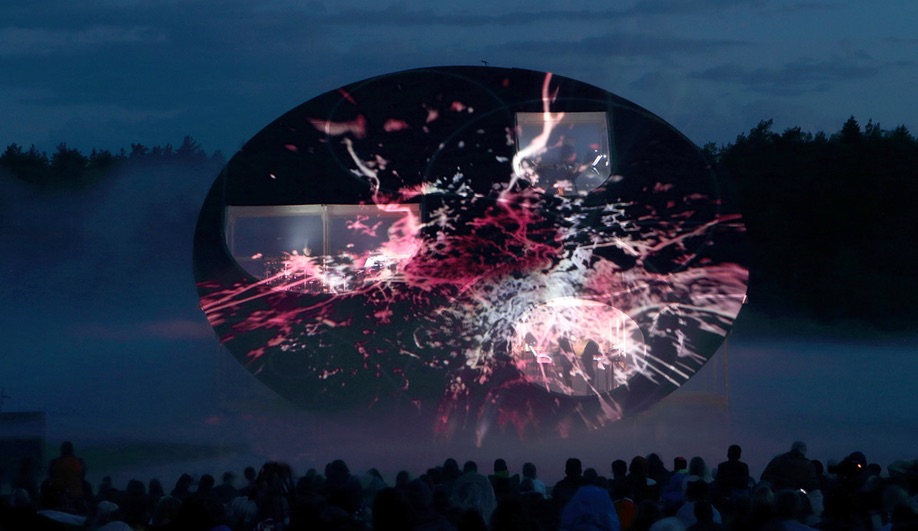 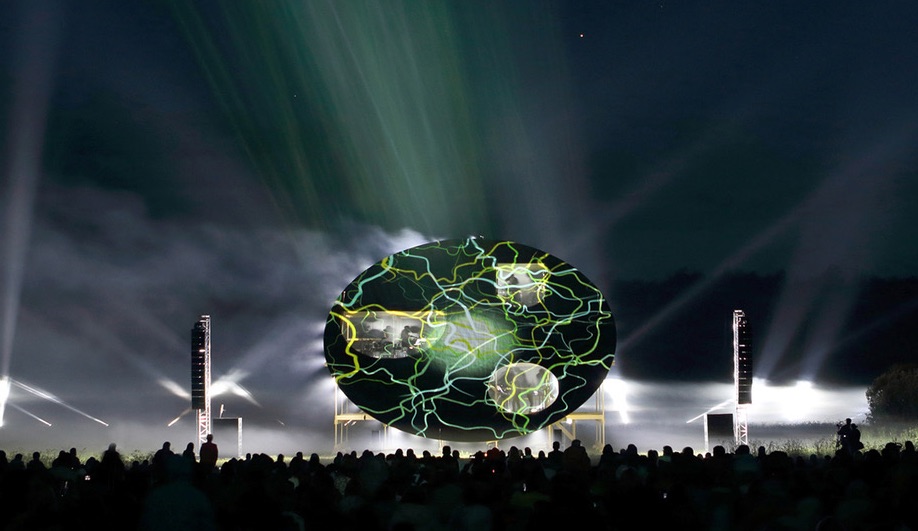 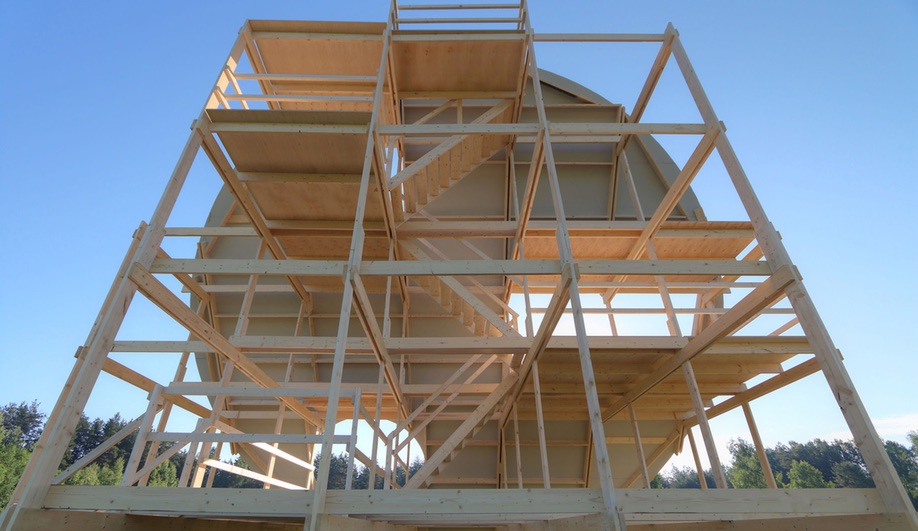 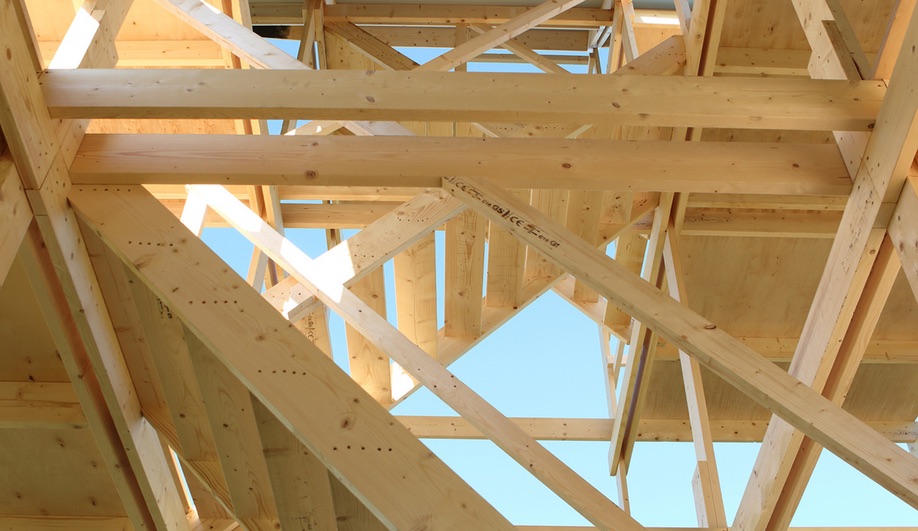 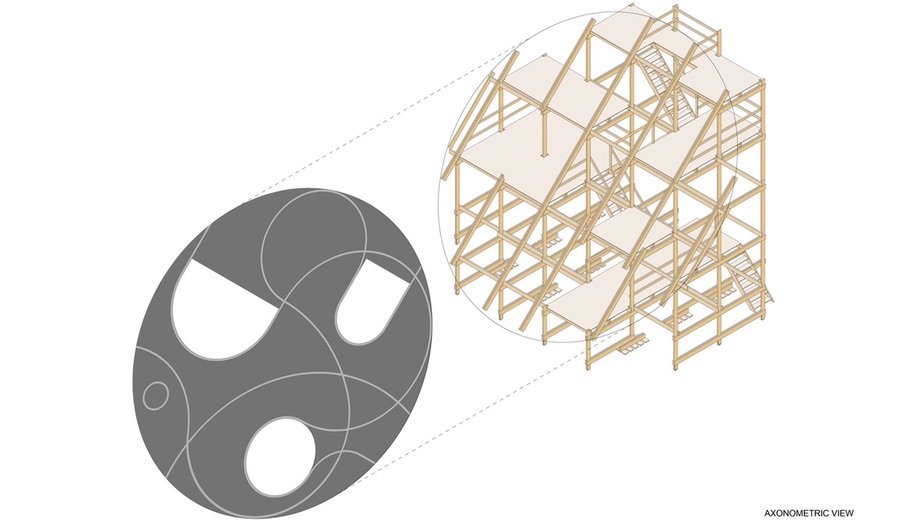 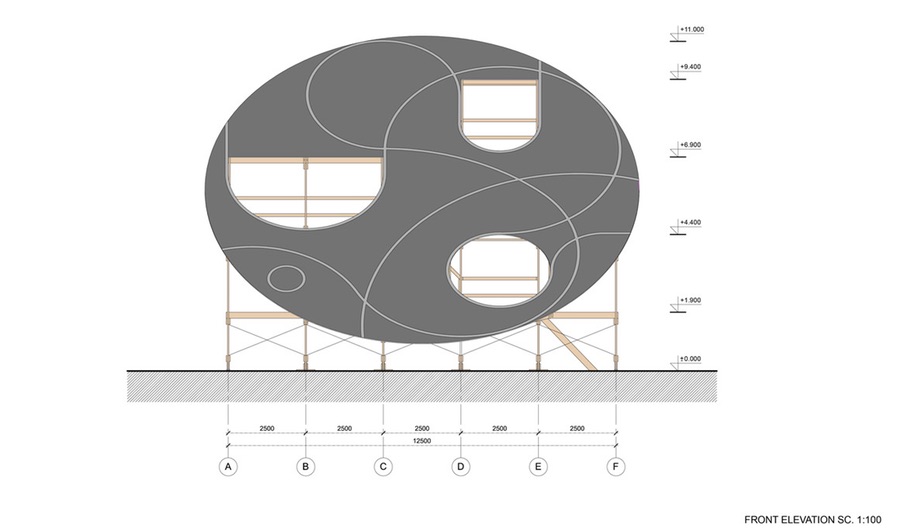 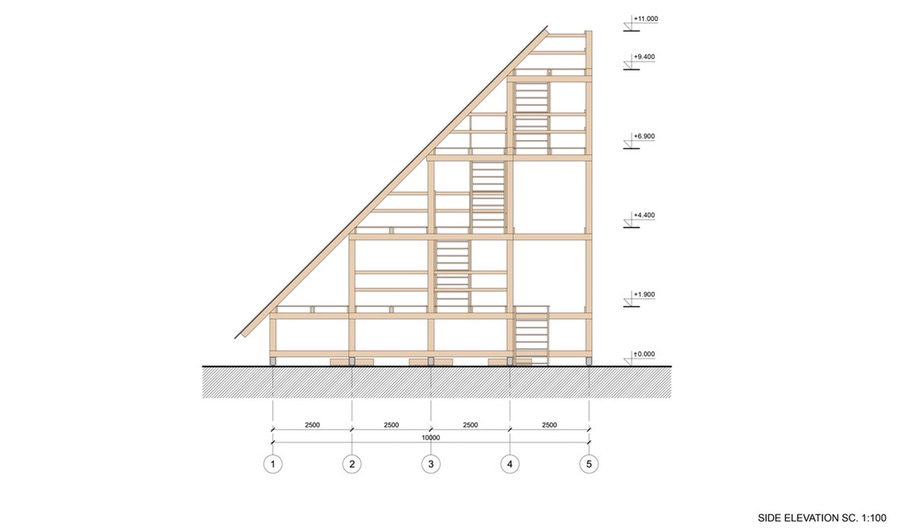 Each summer since 2006, a unique festival has taken place in the Latvian wilderness. Much more than just a musical event, Dabas koncertzāle, or the Nature Concert Hall, is a gathering designed to encourage public awareness and to “change perception on the importance of sustainable development and to motivate them to introduce change.”

Organizers work with the nation’s Nature Conservation Agency to find an appropriate site each year for this melting pot of nature, music, science, visual art and poetry. These remote and untouched locations allow the audiences to experience each of these elements to the fullest, but also require a temporary structure that can be quickly assembled on site and then removed just as efficiently, without impacting the natural surroundings. For this year’s festival, Riga firm DJA was invited to develop the performance pavilion, after having previously designed the 2014 structure.

Each iteration of the festival celebrates and explores a highlighted species, through an event-specific ambient concert event, as well as through interactive workshops helmed by scientists and researchers. The 2017 “mascot” was the humble earthworm, and so it was from this creature that DJA founder Didzis Jaunzems borrowed inspiration for a stage he describes as a “portal to the underground world.”

Rather than a traditional horizontal and rectangular platform, DJA dreamed up a circular surface, measuring 14 metres in diameter and mounted on a four-storey scaffolding arrangement, at a 45 degree angle. A series of cutaways in the surface provide portals to frame the musicians. The surface itself becomes a projection screen, a canvas onto which light shows and video – including of the earthworm – can be displayed.

Both the 2.5-by-2.5-by-2.5-metre framework and the angled wooden surface, put together from a series of puzzle-piece segments, are built to be effortlessly assembled, quickly taken down, and easily transported. In keeping with the sustainability themes of the event, the hope is that the stage will be used for future events, in other locations.