New Campus Architecture Earns Top Marks
As students head back to school, we look at three new projects for institutions of learning that show how campus architecture can be welcoming at any scale. 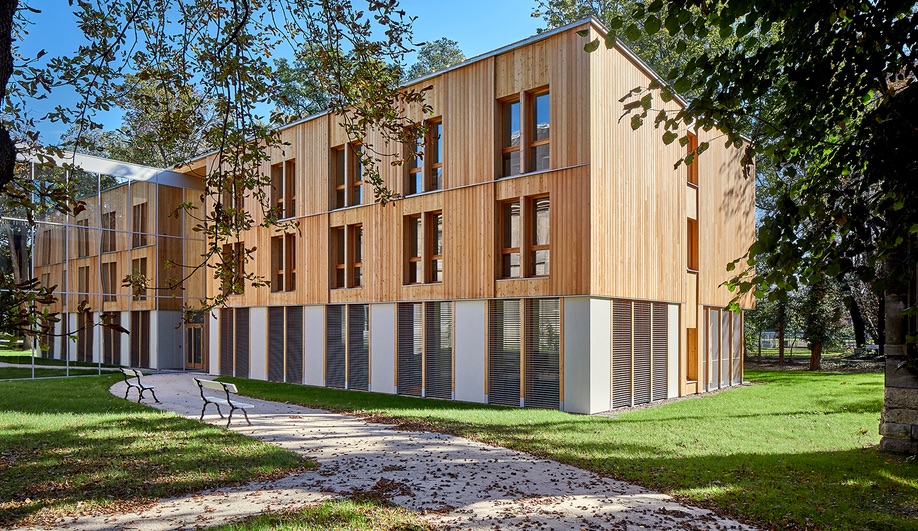 A fresh academic year will soon be underway and, at many educational institutions, new campus architecture will greet students and faculty. These three recently opened campus spaces – in Paris, Philadelphia and Phoenix – receive straight As from Azure. 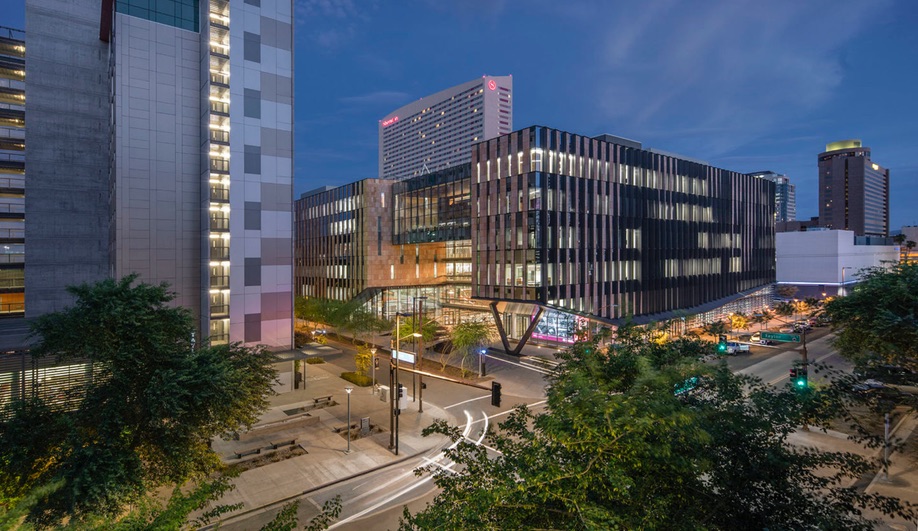 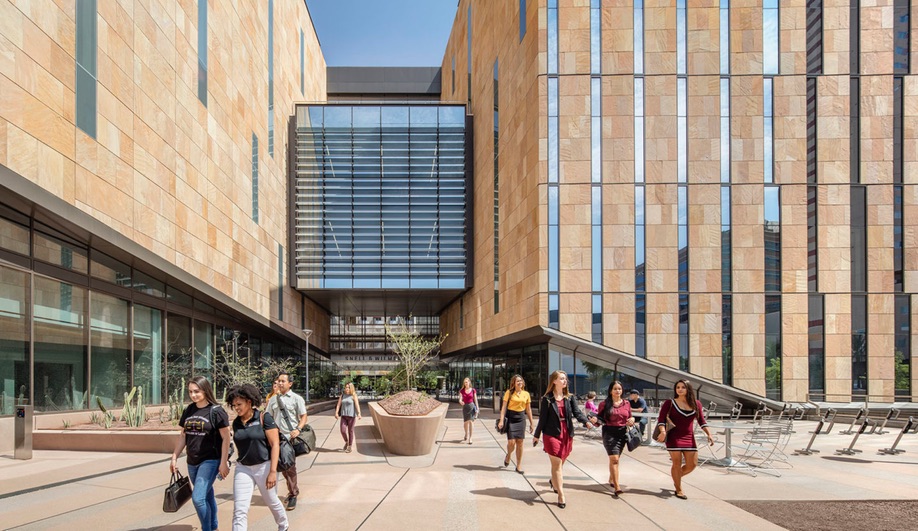 1 Beus Center for Law and Society at Arizona State University in Phoenix, by Ennead Architects
Recognizing the importance of this law school’s location at the edge of ASU’s Phoenix campus, Ennead and local firm Jones Studio made the Beus Center highly permeable – including visually. Acting as a gateway between the school and the rest of the city, the building is divided in two by an exterior pedestrian walkway, which widens into a plaza as it reaches the street.

At the 26,000-square-metre building’s core, three double-height spaces – a great hall, a library atrium and an outdoor shaded courtyard – are stacked one on top of another, forming the central gathering space. To either side lie the classrooms, law library and legal clinics. 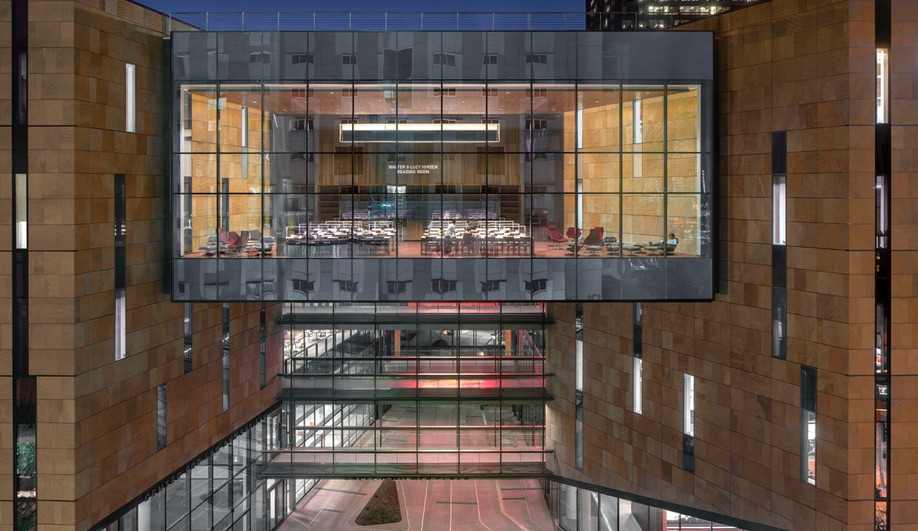 While the multi-storey connective bridge that joins the two sides of the centre is glazed, much of the building’s exterior is clad in panels of sandstone. These are alternated with windows in vertical strips that add more or less glazing, depending on the function of the interior; larger openings bring more light into communal spaces, while away from public zones, the windows are narrowed to reduce heat gain. At the building’s corners, these sandstone panels seem to lift up and away from the sidewalk, revealing walls of sheer glass, and glimpses of the activity inside. 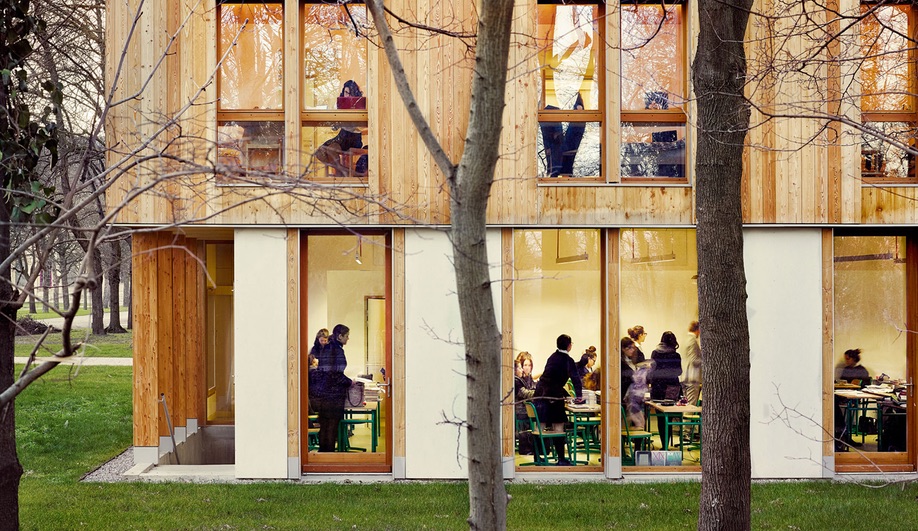 2 Dormitory at the Maison d’Éducation de la Légion d’Honneur in Paris, by Belus & Henocq Architectes
In the St-Dénis area north of Paris, just steps from the famed Basilica, the Maison d’Éducation de la Légion d’Honneur has operated for over 200 years as a boarding school for girls of junior-high to high-school age. To expand their residences, the school asked Paris firm Belus & Henocq to design this new dormitory – a three-storey wood-framed structure housing 61 bedrooms.

The building, which uses prefab wooden components to keeps costs down and sustainability high, makes the most of its forested, park-side location: divided into three zig-zagging sections, and connected to an existing building at one intersection, the snaking structure maximizes its frontage to give nearly every room a clear view of the park.

Bedrooms are located in the two outer sections, while the narrower centre section that connects them is turned over primarily to a wide, sunny corridor, with just a few educational rooms to one side; above, a wide terrace offers an outdoor recreational space at treetop level. 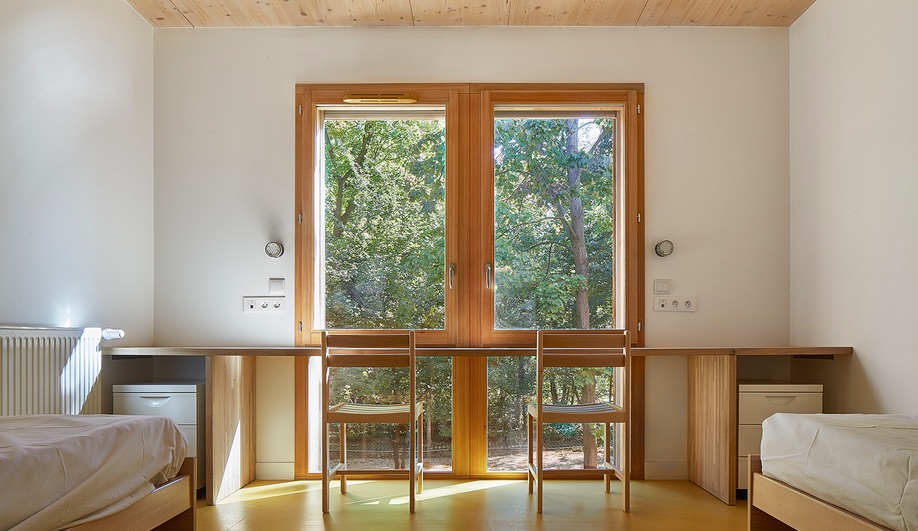 Wood defines the structure inside and out. Bedrooms are spartan, but ample wood – including window casings and ceilings – create a warm, inviting feel. Even the dorm’s exteriors are dominated by wood; much of the facade is clad entirely in vertical wooden planks. But along some sections of the ground floor facade, tall windows covered by wooden shutters look into the common areas, with cement fibre panels cladding the spaces between them. 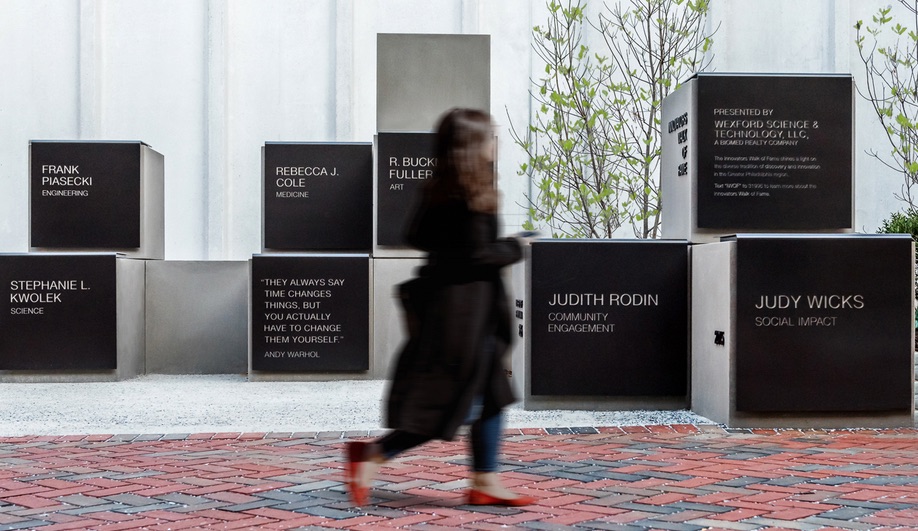 3 Innovation Plaza at the University City Science Center in Philadelphia, by Ex;it
America’s largest and oldest urban research park, University City Science Plaza in Philadelphia, is expanding as its partnerships grow. The mixed-use district now comprises over 600,000 square metres of biomed offices and labs – some private and some affiliated with local schools – as well as residences and retail catering to the people based there. And running through University City towards the Schuylkill River is Market Street, a broad and vibrant thoroughfare with Drexel University lying to the north and U Penn to the south. 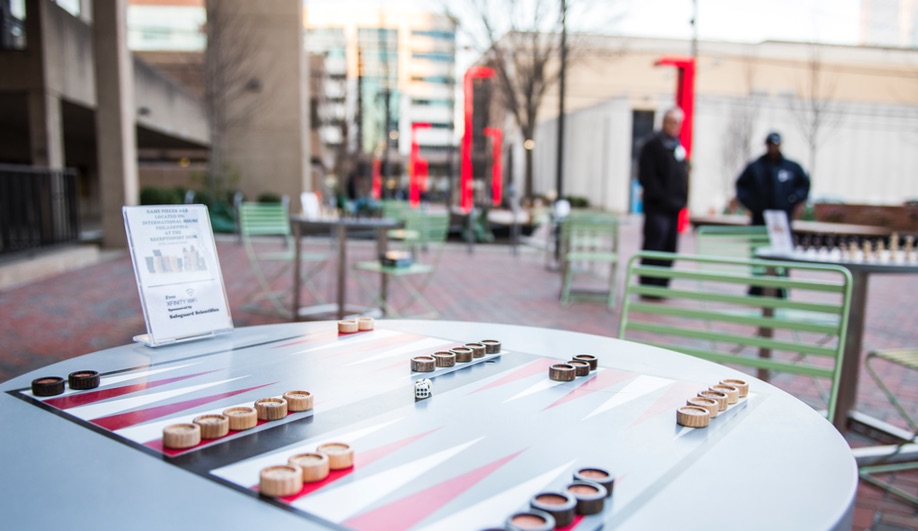 Approaching Market Street orthogonally from the south is Innovation Plaza: two blocks of pedestrianized roadway that knit nearby institutions together in a public commons. As part of the effort to redefine the plaza, local experience design firm Ex;it was brought in to strategize not just wayfinding, but also place-making – that is, to come up with the interventions that would define Innovation Plaza as a discrete location among the web of streets, in addition to clearly demarcating its pedestrianized status. 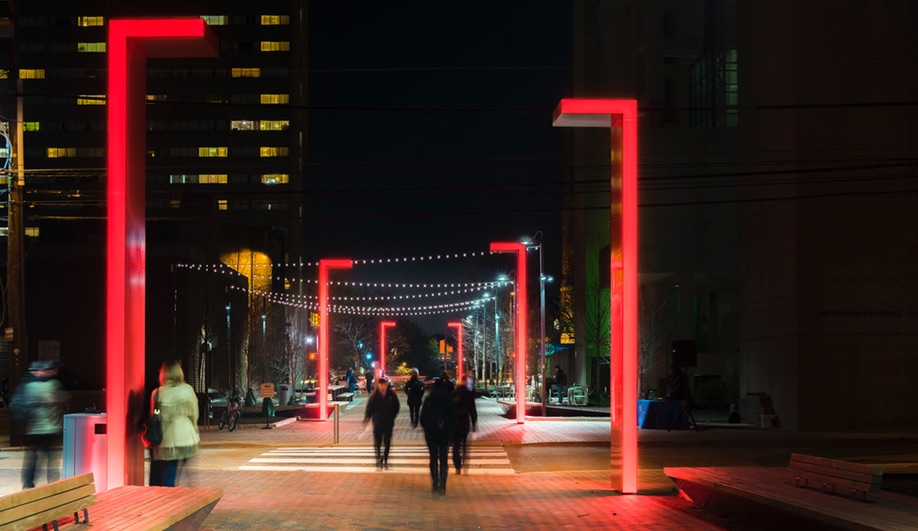 Working with local landscape architecture firm Andropogon Associates, Ex;it inserted map displays, benches, bike racks, plaques, and tables – some large enough for a community dinner and others, small café tables for two. But the defining interventions are a series of eight towering red sculptures lined up in pairs, almost like brackets, which set the walkway apart from the rest of the area. At night, they glow like beacons, guiding pedestrians and assuring them of their safety.