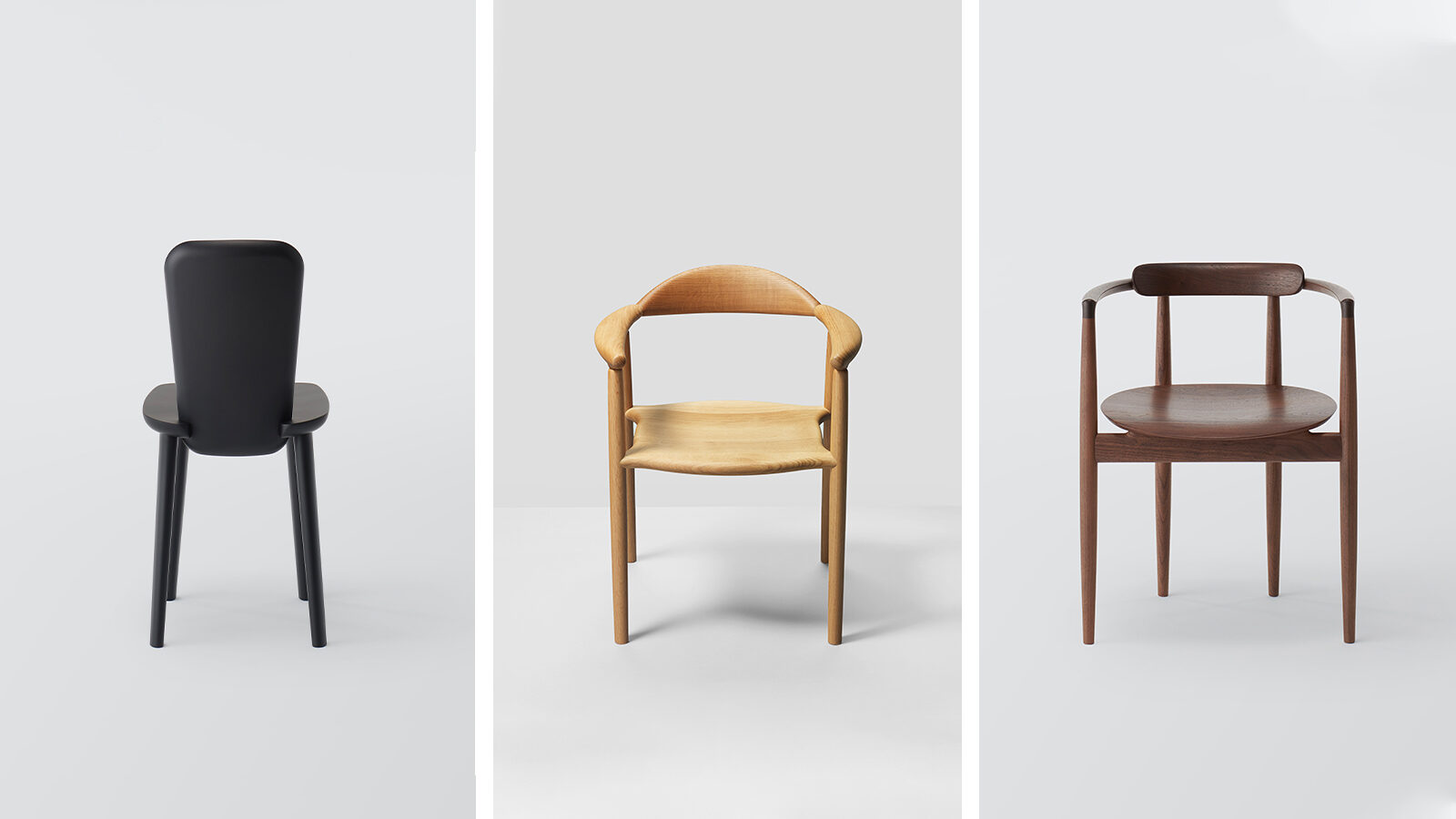 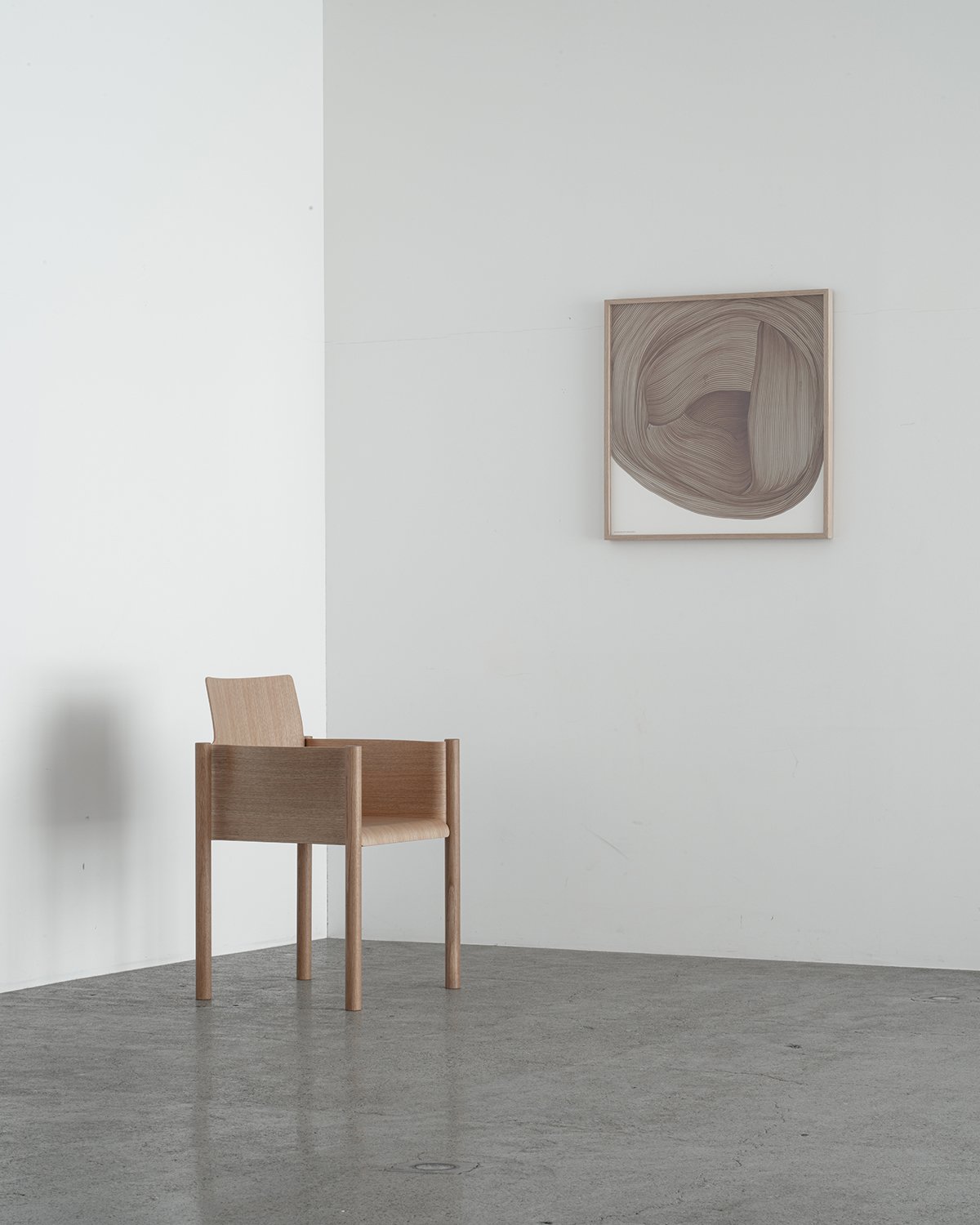 While rooted in traditional and distinctly Japanese aesthetics and technologies (to produce its wares, Koyori will partner with the country’s leading furniture and interior décor manufacturers), the brand plans to team up with a roster of internationally recognized designers from across the globe to develop a unique portfolio. Far from fast fashion, each piece is intended to become a timeless heirloom that can be passed down through generations. “Design enthusiasts will appreciate the perfectionism, commitment and thoughtfulness in the Koyori range,” notes Koda.

The name itself speaks to the heritage that influenced it — Koyori stands for “twisted paper cord,” which represents the primary material of Mizuhiki, the traditional decorative paper strings that adorn gifts wrapped for festive and ceremonial occasions. 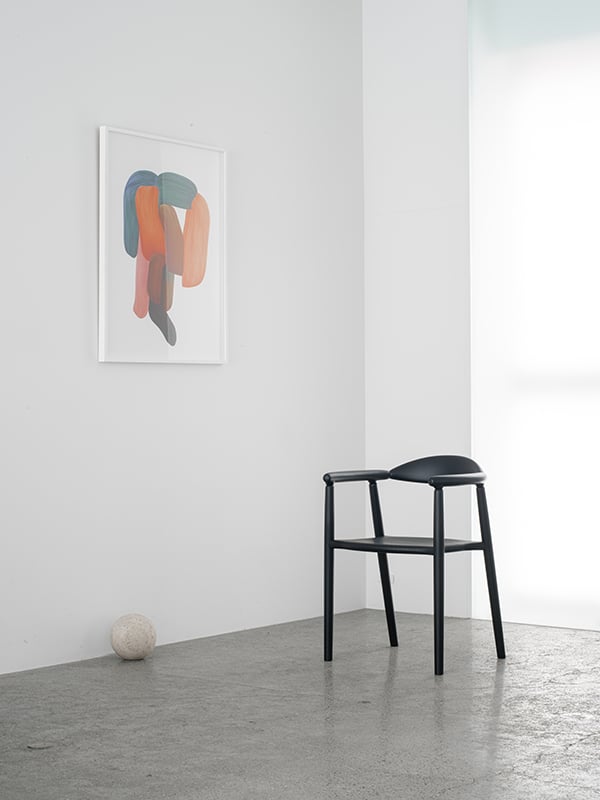 For Ronan & Erwan Bouroullec — who delivered three of the five new chairs — the overall goal of their project was to “invent something new, while at the same time emphasizing the quality and specific technical expertise of the manufacturers.” In the end, the duo’s three seats express a familiarity that manages to feel utterly fresh and original. GamFratesi, meanwhile, saw an opportunity “to interpret the wood in its various forms in a broad and honest way,” and their two chairs deliver what they consider to be a reinterpretation of “Danish traditions and designs.” 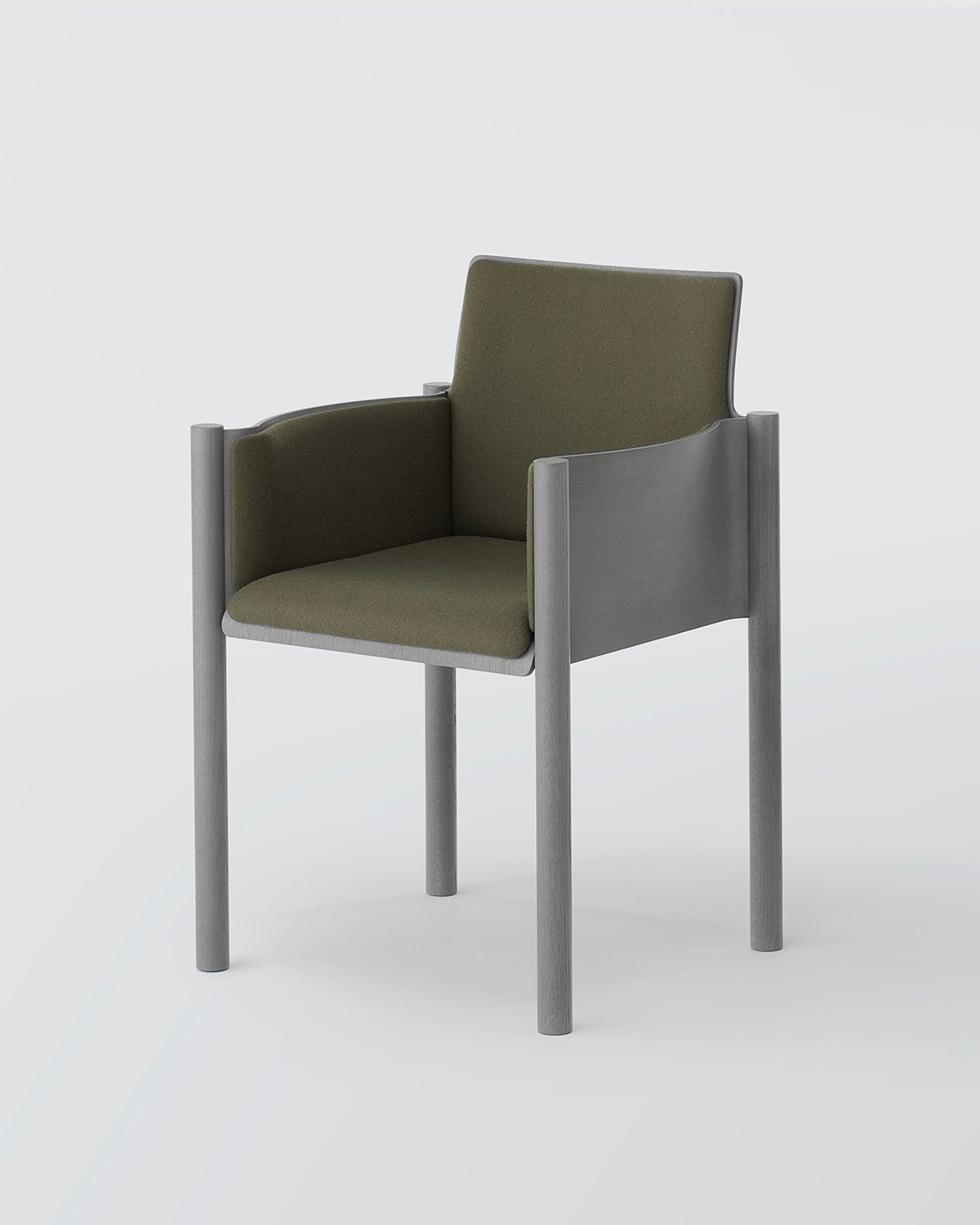 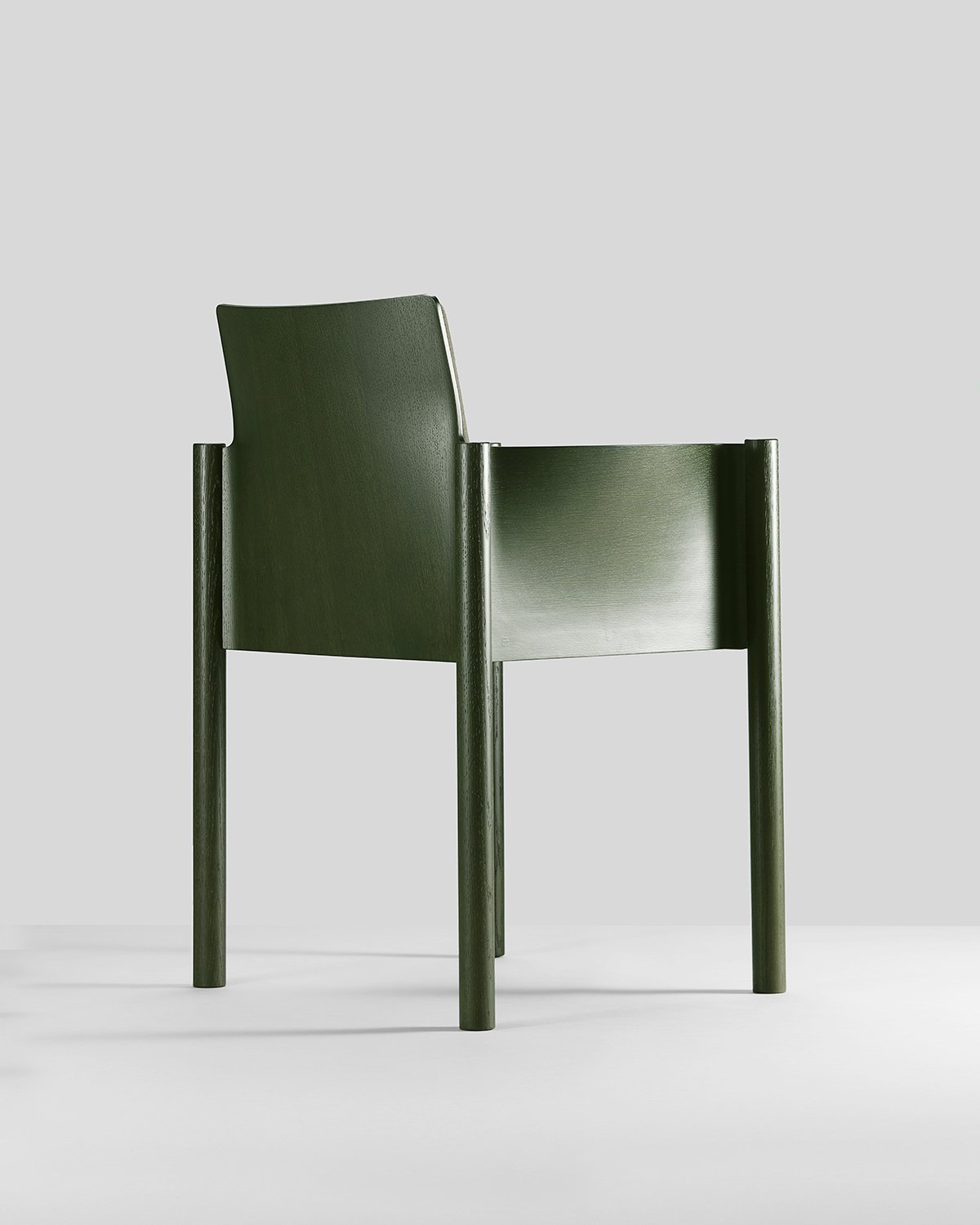 For the Kawara armchair, the brothers wanted to “design a large box-like dining chair, which gives the comfort of sitting in a very soft shell.” To that end, the chair’s simple and classic lines are enhanced by a subtle sweep in the plywood arms. The move opens up the seat ever so slightly, creating a comfortable perch that lets one linger for hours. 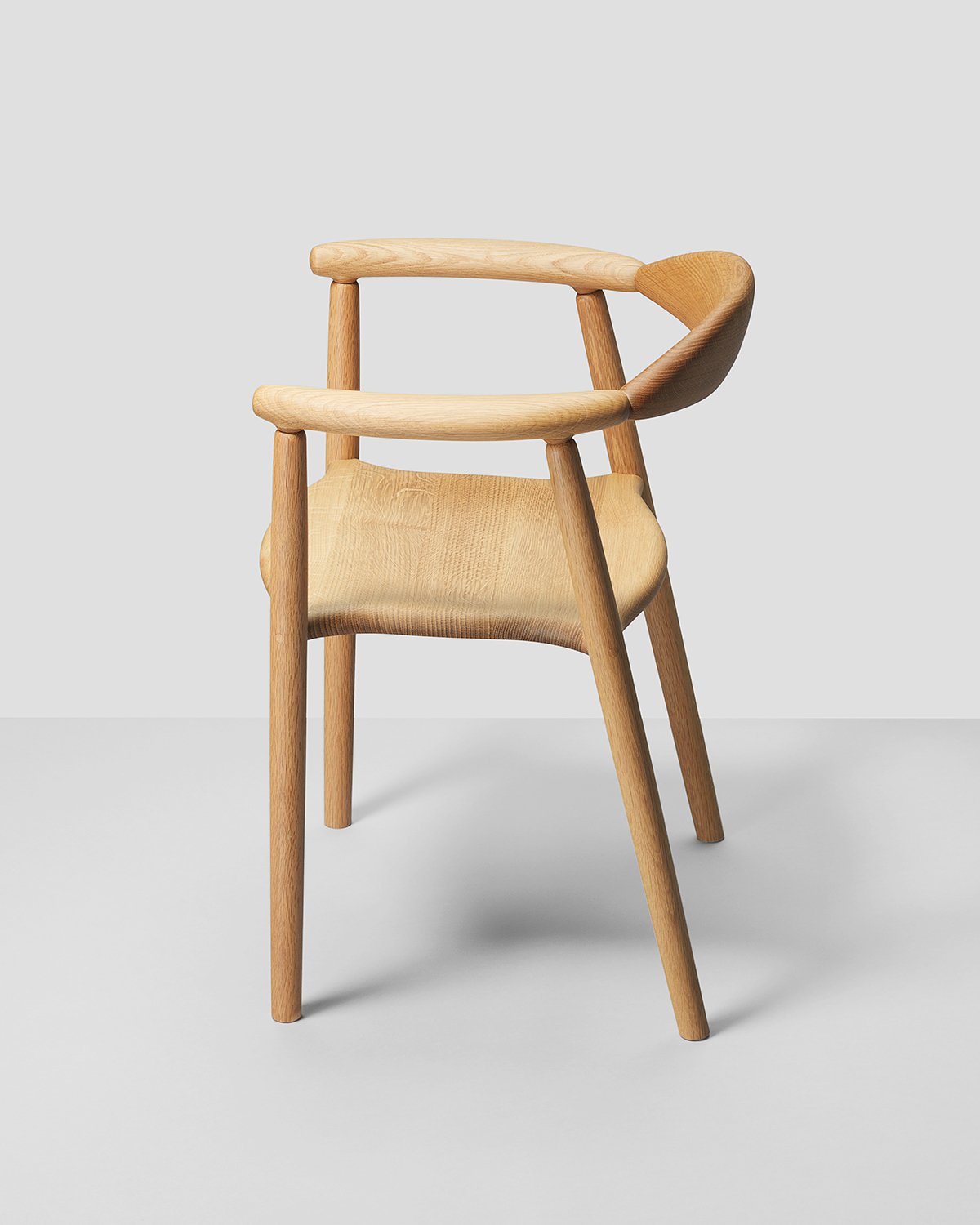 Highlighting the intrinsic beauty of wood, the individual elements of the Musubi armchair — the backrest, arms and seat — are treated as sculptures in their own right. The three-dimensionality of the back and arms was achieved by both wood-bending and five-axis CNC cutting techniques; when assembled, all three become one dynamic functional sculpture. 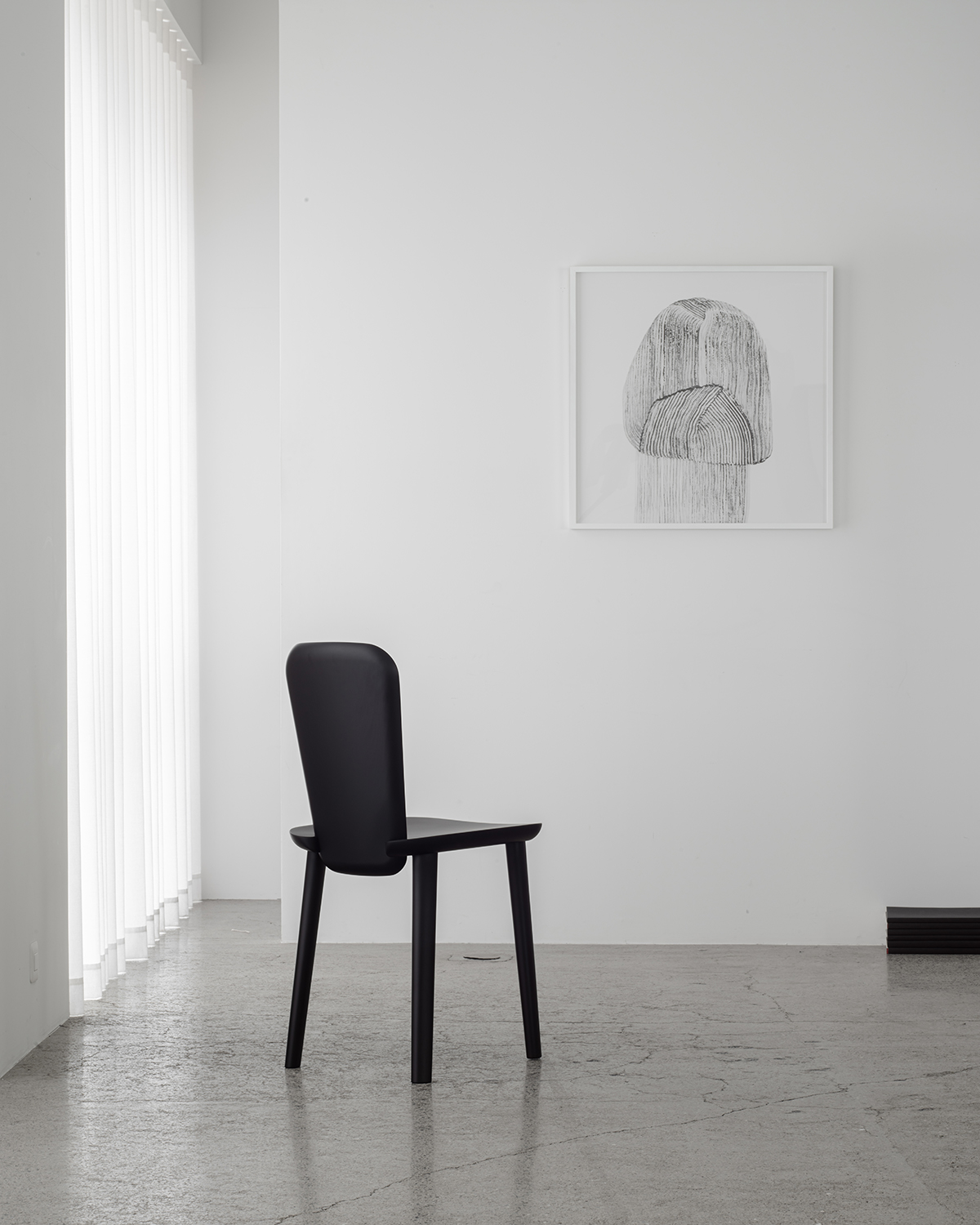 Perhaps the most divergent of the three, the Shaku chair could “have existed centuries ago” but its refined shape and compact size are perfectly suited to modern-day settings. Precisely crafted, the high back meets the seat base in a way that gives the appearance of the latter supporting the former; the two are curved just so in order to hold the body in a snug embrace. 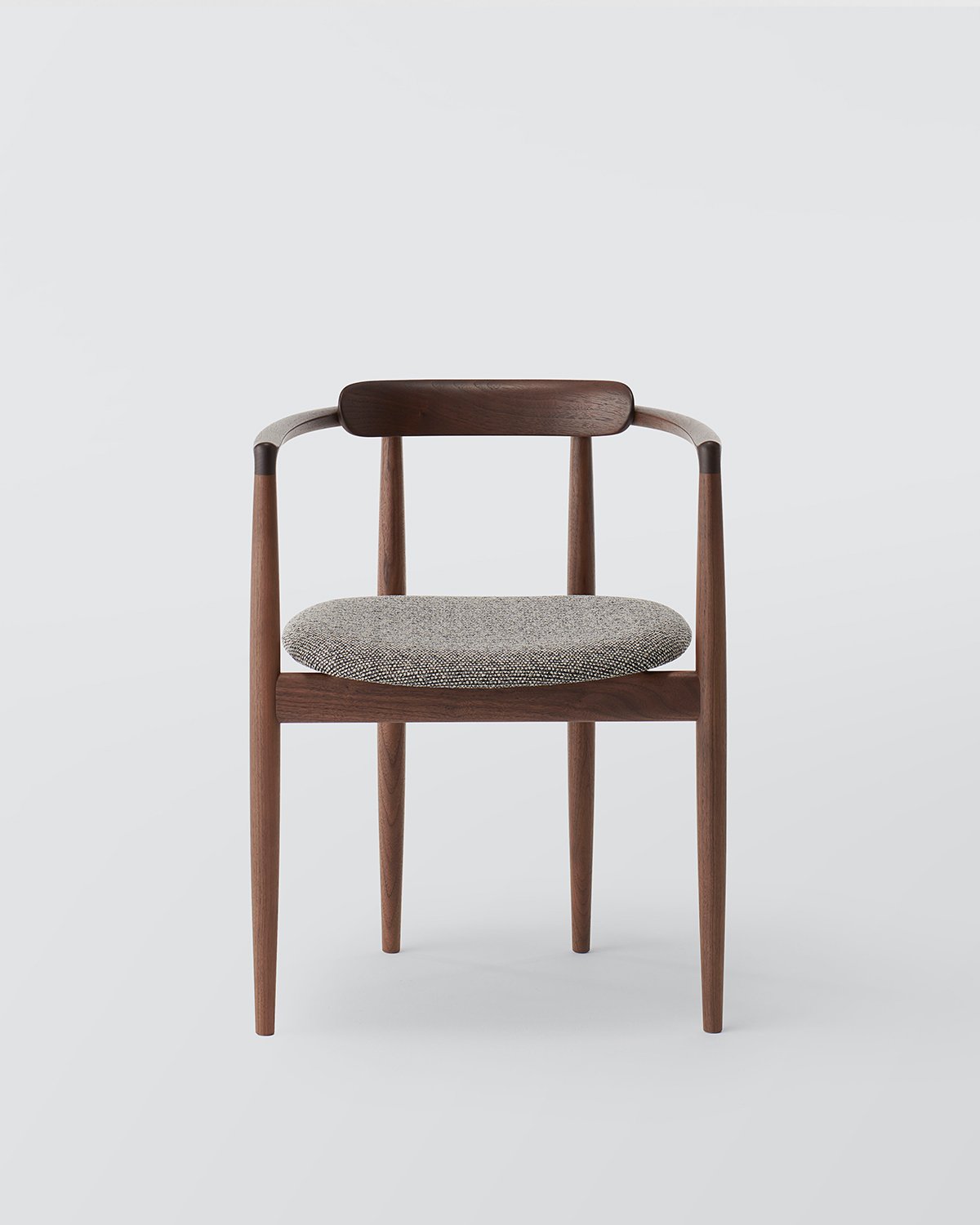 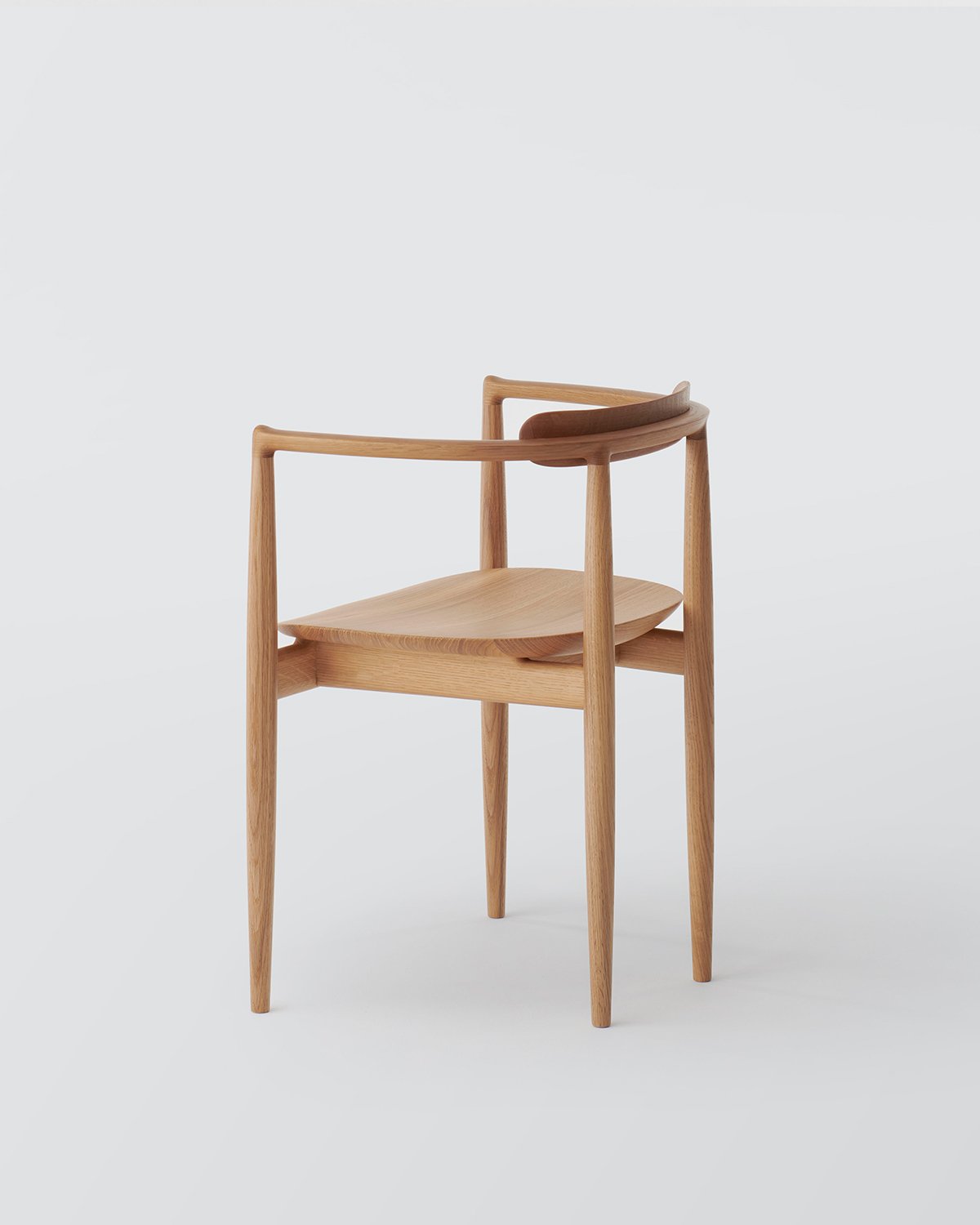 Wanting to “create a humanly warm and gentle design with a feline motif,” GamFratesi developed the Miau armchair, which sees miniature details joined together in a pleasingly visual and tactile way. Made from a single bentwood, the back- and armrests have a beautiful uniformity and grace that almost belies the chair’s supportive and durable integrity. 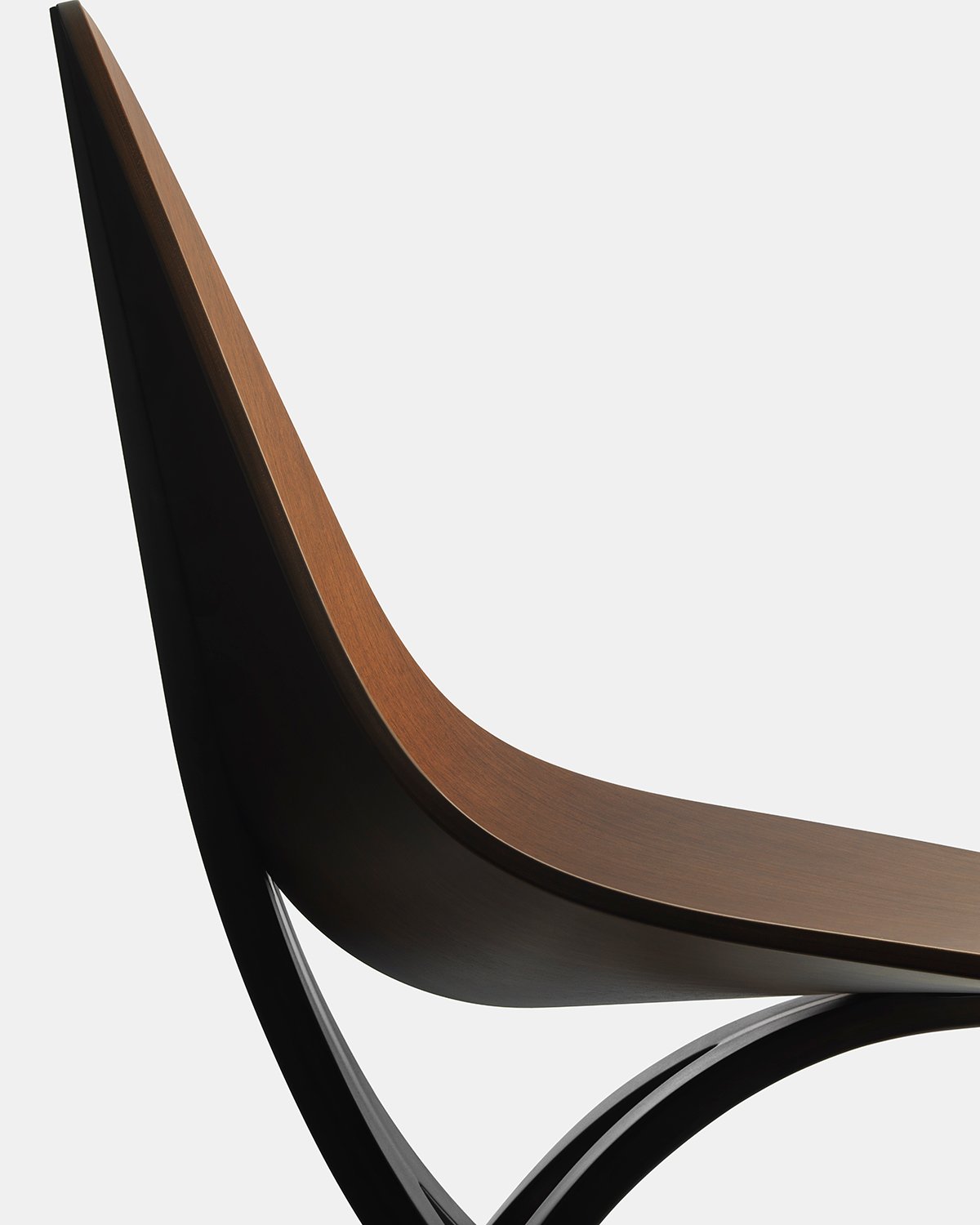 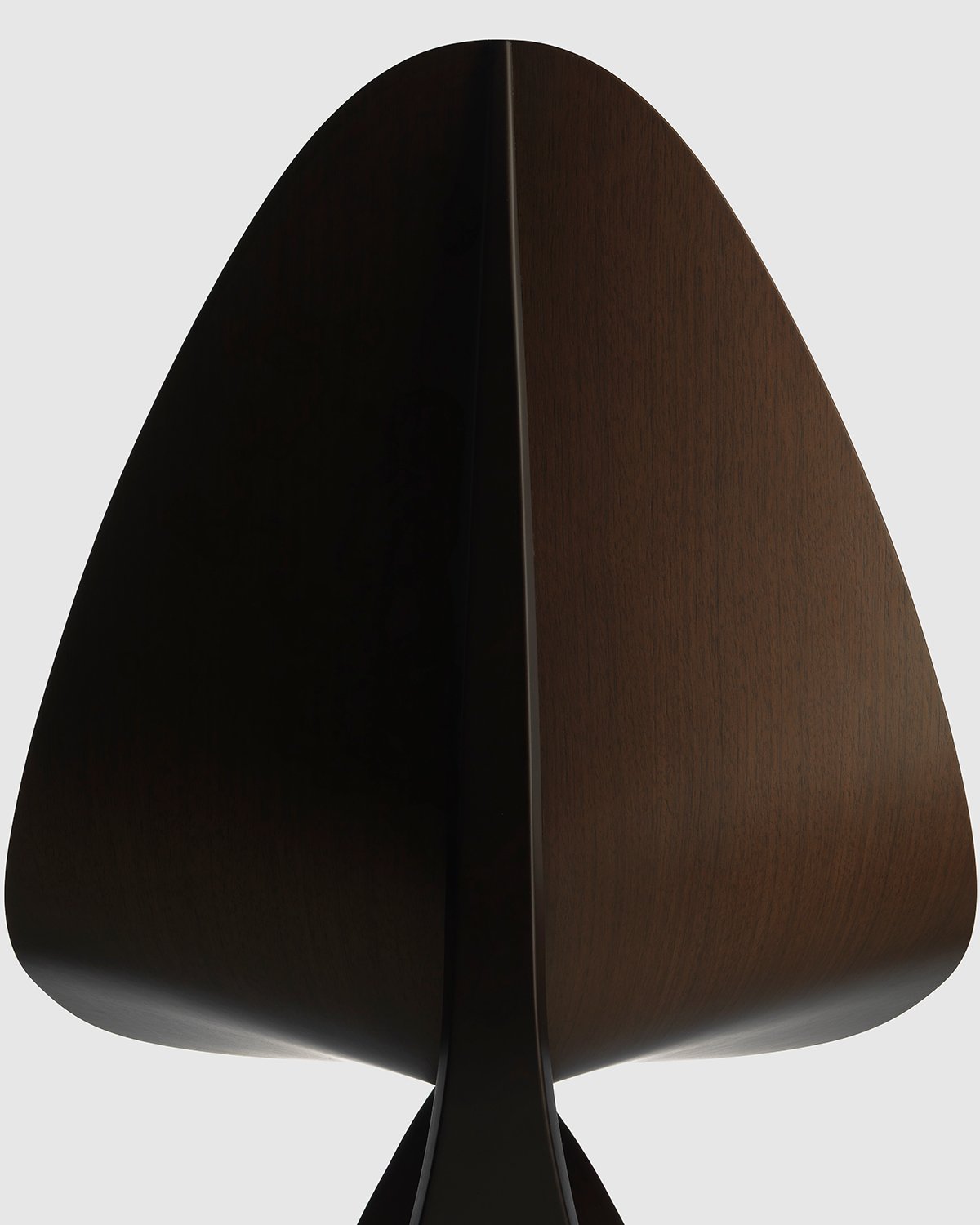 Expressing the duo’s admiration for nature, the Edaha chair can be viewed as a branch (the frame) supporting a leaf (the seat shell). Defined by a graceful swoop, Edaha is carved entirely from a wood veneer.