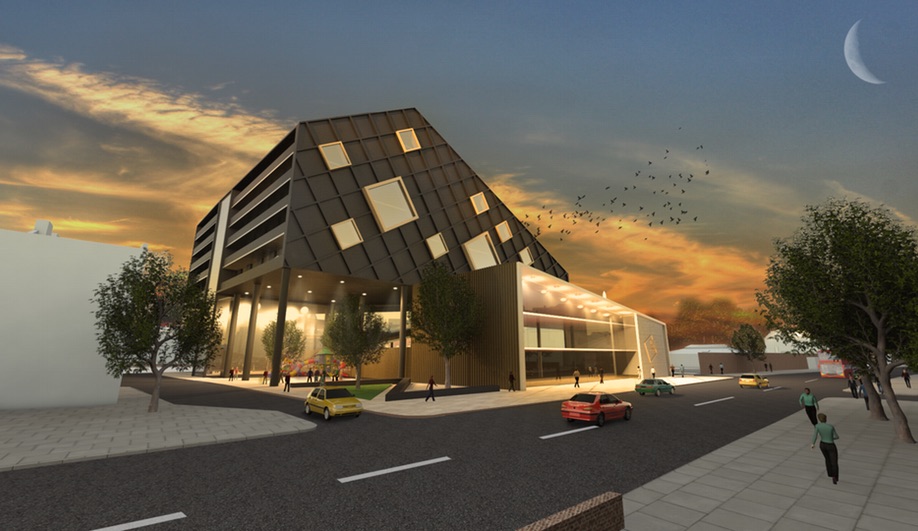 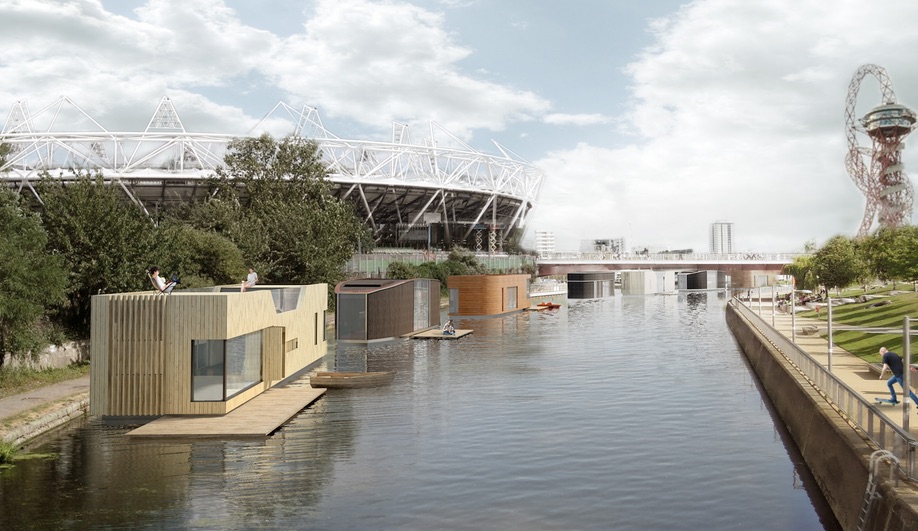 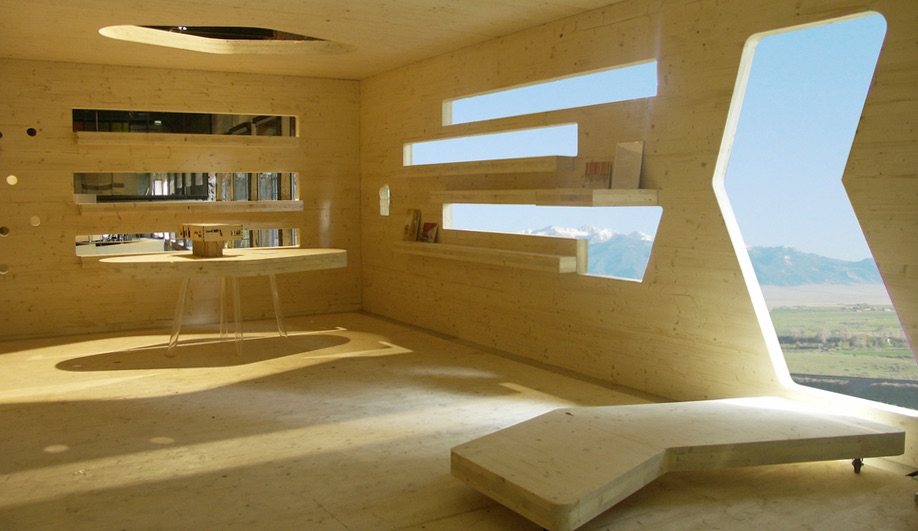 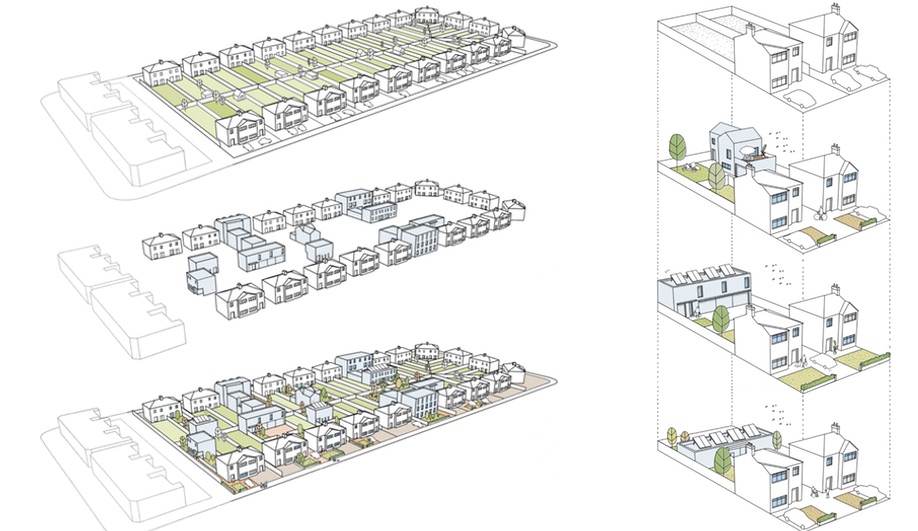 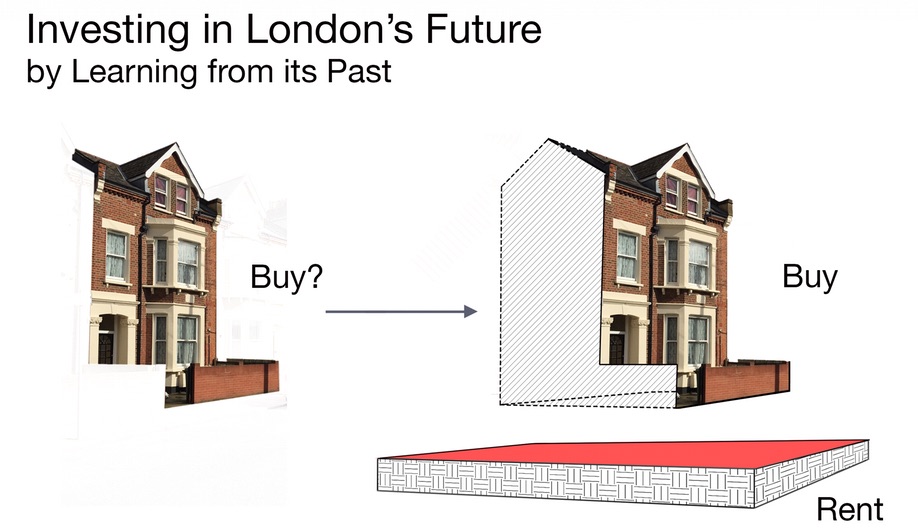 Investing in London’s Future by Learning from its Past, from David Kroll, suggests revisiting the leasehold system. 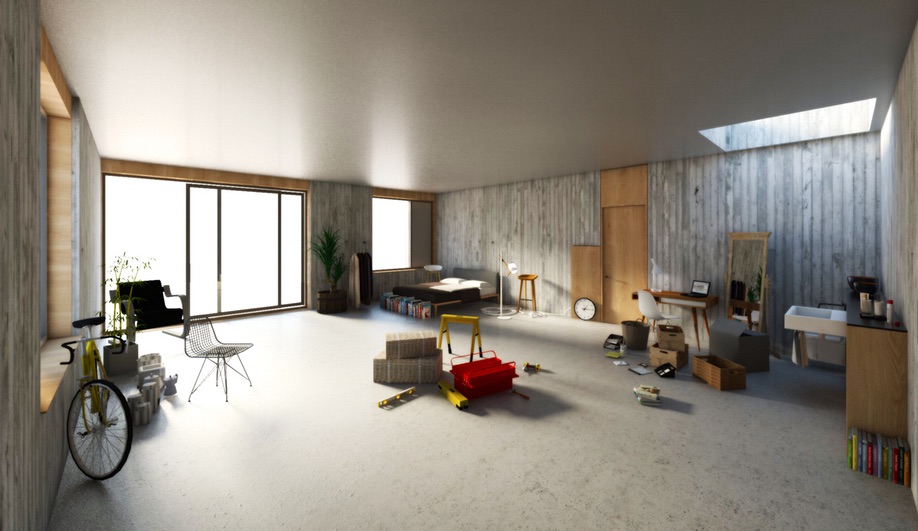 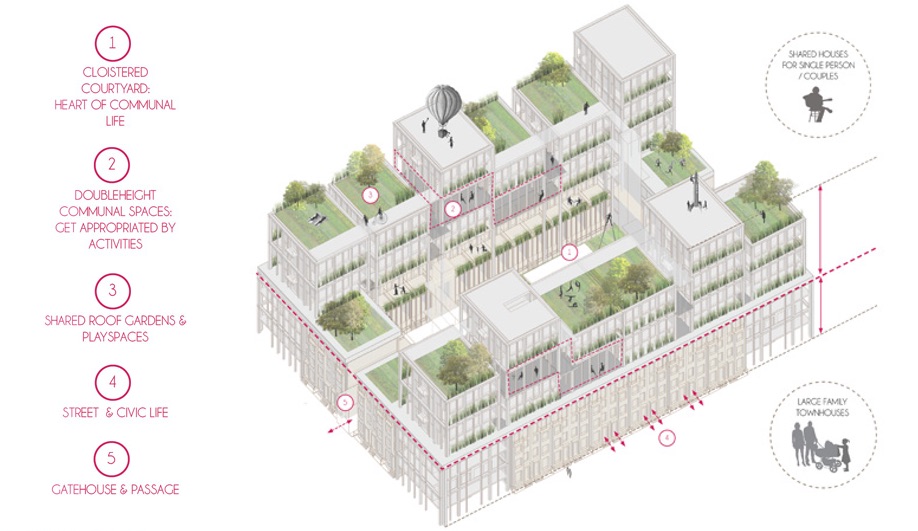 Sparking an important and overdue discussion, the British think tank New London Architecture presents 100 ideas for solving the UK capital’s housing shortage in a new exhibition. The ideas were assembled during a competition, launched in June, seeking viable solutions for an issue that has been steadily building over the last two decades. The international call for concepts resulted in over 200 submissions, from more than 20 countries. The best of these are included in the show, including the top 10 finalists, which employ new and old strategies for delivering economic housing options.

Among these are David Kroll’s “Investing in London’s Future by Learning from Its Past,” which proposes that the leasehold system be re-instituted. By renting public land out, the cost of land is separated from the cost of a house, making it more affordable to first-time buyers and young families. A similar plan from Pitman Tozer, LB Enfield and Naked House would see small, council-owned sites throughout the city being used to build as many as 110,000 affordable homes as early as 2025.

Shortlisted for four entries, WSP | Parsons Brinckerhoff was also included in the top 10 for its “Housing Over Public Assets,” which finds space for a whopping 630,000 units by constructing multi-residential additions atop public buildings such as schools, hospitals, libraries, and even fire stations. In the same vein, Patrick J.A. Massey and CZWG have identified a series of sites that present an opportunity for their “Urban Darning Project” – a patchwork of small residential infills all over the city.

One of the most intriguing ideas would dive into the city’s “blue space.” There are more than 50 linear miles of waterways in London, in addition to about 150 hectares of space in marinas and basins, that could be used to site 7,500 prefabricated units from Floating Homes and Baca Architects. The added appeal is that these could be installed with little disruption to existing neighbourhoods.

Another compelling concept comes from dRMM Architects. “Wooden Blocks” borrows a development model from office buildings to offer a new shell-and-core housing typology. Basic structures are assembled from flat-packed pieces and then left to the homeowner to fit out with partitions and interior finishes to suit their individual needs and tastes. The cost of construction is reduced as much as 40 per cent and the duration by 25 per cent.

The 10 winning ideas will now be presented to the Greater London Authority, which will explore the feasibility of implementing each. Among these novel concepts there might be real answers – ones that can actually be realized – to the ongoing issue.

SHARE
Twitter, Facebook, LinkedIn, Pinterest, Email
TAGS
Exhibition,
AZURE is an independent magazine working to bring you the best in design, architecture and interiors. We rely on advertising revenue to support the creative content on our site. Please consider whitelisting our site in your settings, or pausing your adblocker while stopping by.