Norway’s Moving Memorial
Swedish artist Jonas Dahlberg's concept - an incision in the landscape to mark the site of the 2011 mass murder in Oslo and Utøya - will be built by 2015. 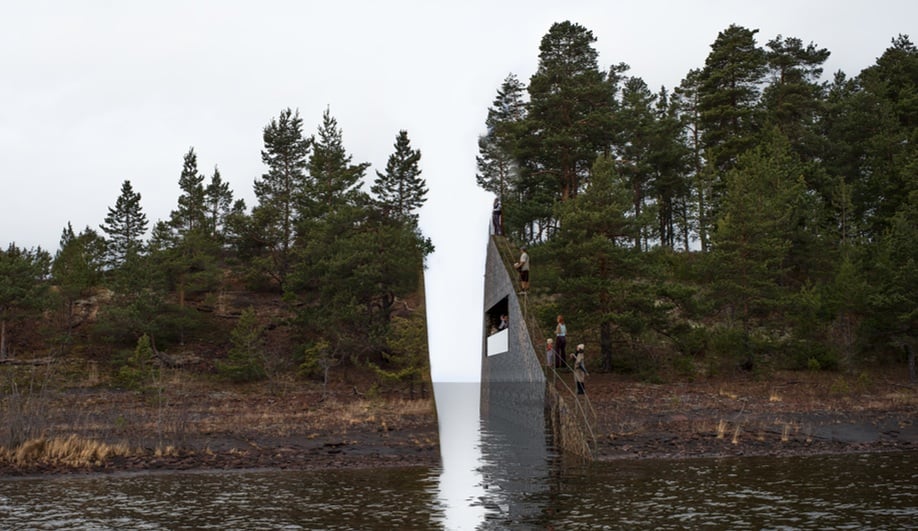 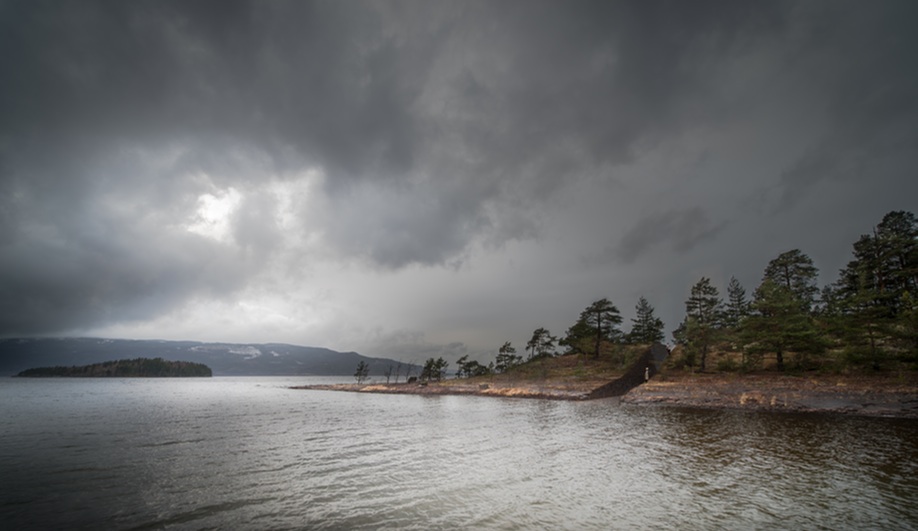 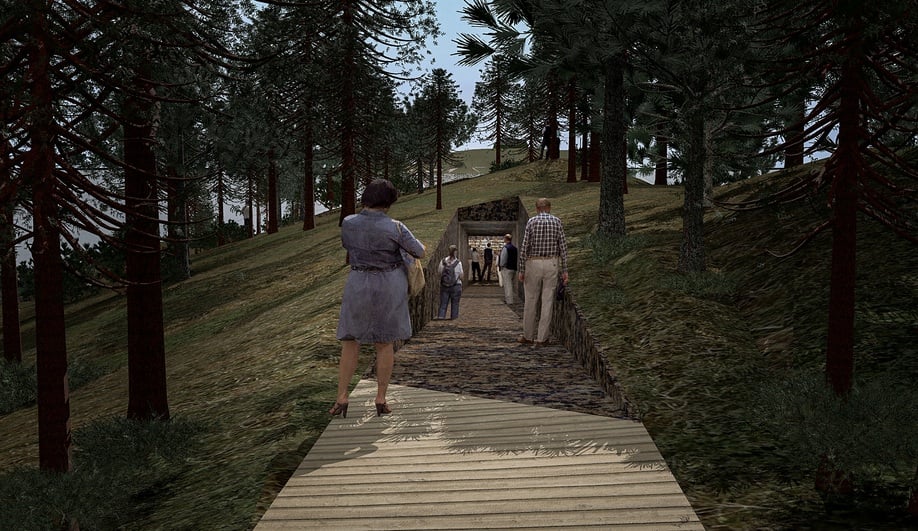 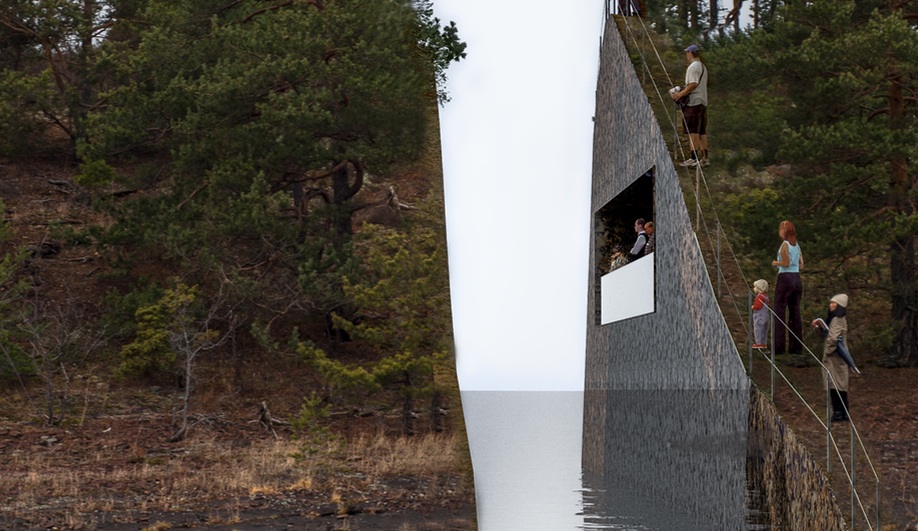 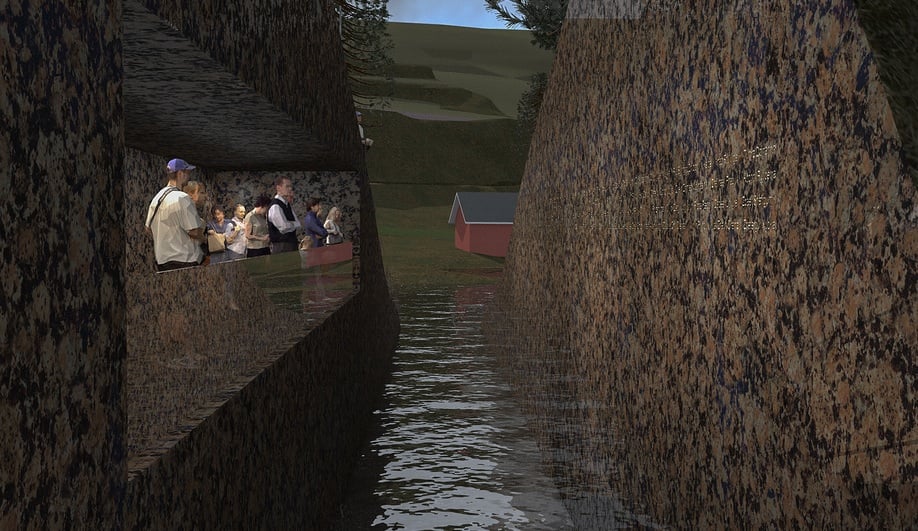 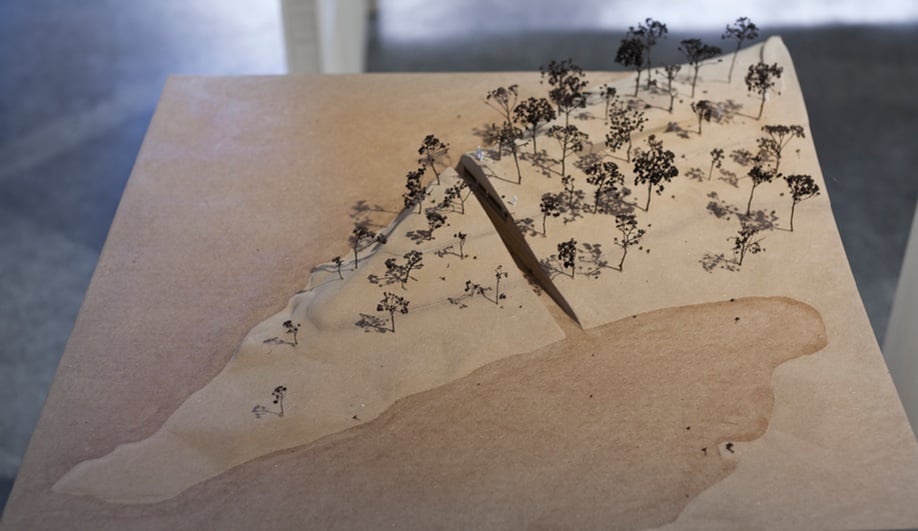 On July 22, 2011, when an extremist appeared on the Norwegian island of Utøya and began shooting at campers, the rugged, picturesque terrain became the site of a tragedy that left 69 dead and over a hundred injured, most of them teenagers. The shootings were eventually linked back to a car bomb detonated hours earlier in the city of Oslo. All told, the terrorist claimed 77 lives and injured 319 others, making it the worst attack on Norwegian soil since the Second World War.

Since that time, Norway’s office of public art has been developing plans to memorialize the attacks in Utøya and Oslo with permanent installations. Following a process that narrowed the entries from over 300 down to eight contenders from across Europe, the jury has now chosen Swedish artist Jonas Dahlberg’s proposal as its final selection. “I was very honoured already to be invited as one of the eight competing for it,” Dahlberg said in an interview with Azure. “To be selected is a great privilege.”

Dahlberg developed his concept following a visit to both sites. In Oslo, the buildings damaged by the bomb showed physical scars that kept the memories of the attacks psychologically present. But the island campground, totally embedded in natural surroundings, evoked a different emotion: “While the building produced feelings of an open wound, nature was somehow different. Although we stood directly on the very place where many people had lost their lives, nature had already begun to obscure all traces.”

From these emotions, and Dahlberg’s sense that the attacks had left a scar that could be stitched closed, emerged the concept for two linked memorials. On the island, the Memorial Sørbråten proposes a literal cut into the landscape, a 3.5-metre-wide incision through the solid rock, reaching below the level of the surrounding water and severing a peninsula from the rest of the island. “It reproduces the physical experience of taking away,” says Dahlberg, “reflecting the abrupt and permanent loss of those who died.”

Visitors will approach the memorial by walking along a pathway through the forest for five to 10 minutes. As it approaches the site, the wooded pathway leads into a subterranean tunnel. At the end, visitors will find themselves at the sharp edge of the incision, looking across the channel to an equally sheer rock face. The names of those who died will be inscribed on this stone surface – close enough to read, but out of reach.

The memorial is slated to open on July 22, 2015, the fourth anniversary of the attacks. Dahlberg estimates that roughly 1,000 cubic metres of rock will be removed during its creation, most likely using a wire sawing process. The materials excavated from the Sørbråten Memorial – both rocks and trees – will be transported to Oslo, where they will become a part of a Temporary Memorial honouring the victims of the bombing, and will ultimately create the foundation for a permanent memorial.