An Observatory and Insect Museum Lend Buzz to a Park Near Paris
For a new Paris-area park's observatory and insect museum, the architecture firms AWP and HHF take their cues from its riverside setting. 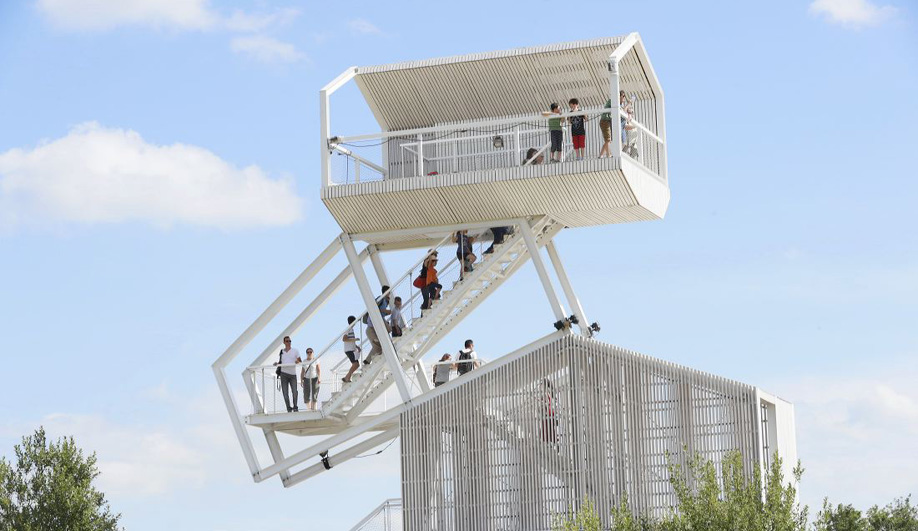 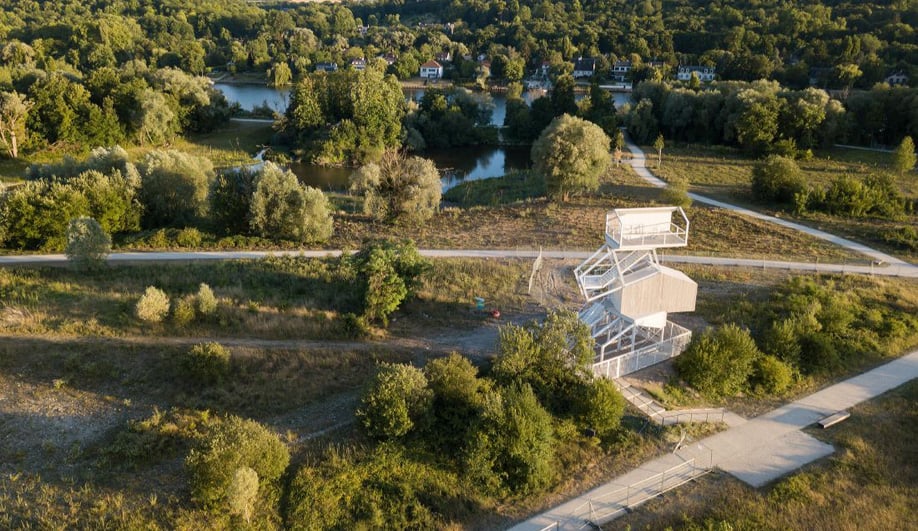 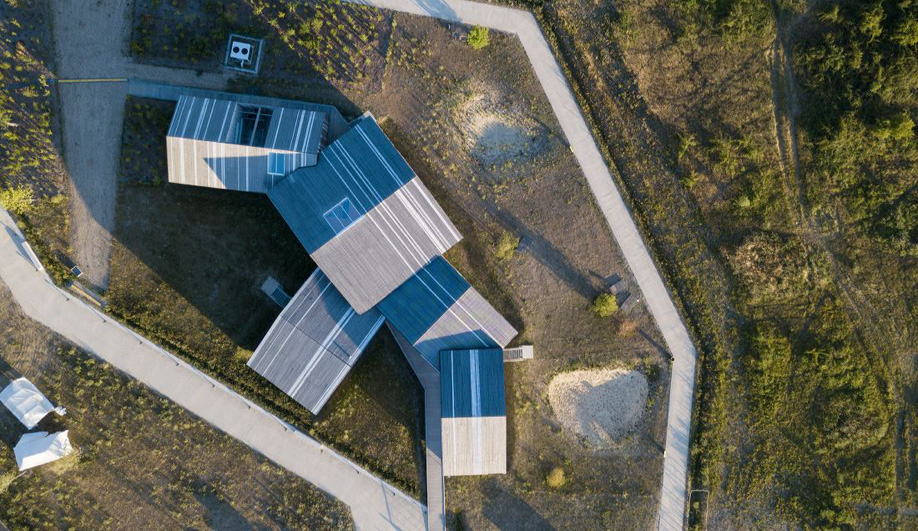 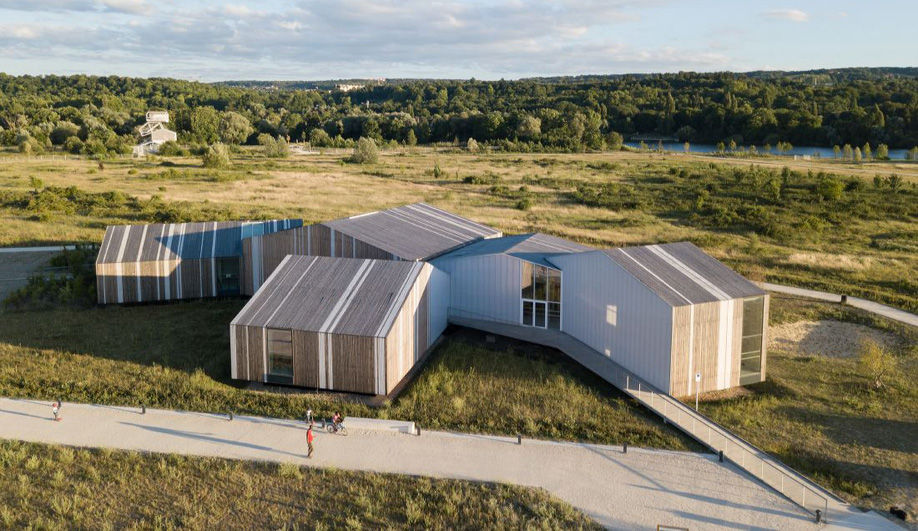 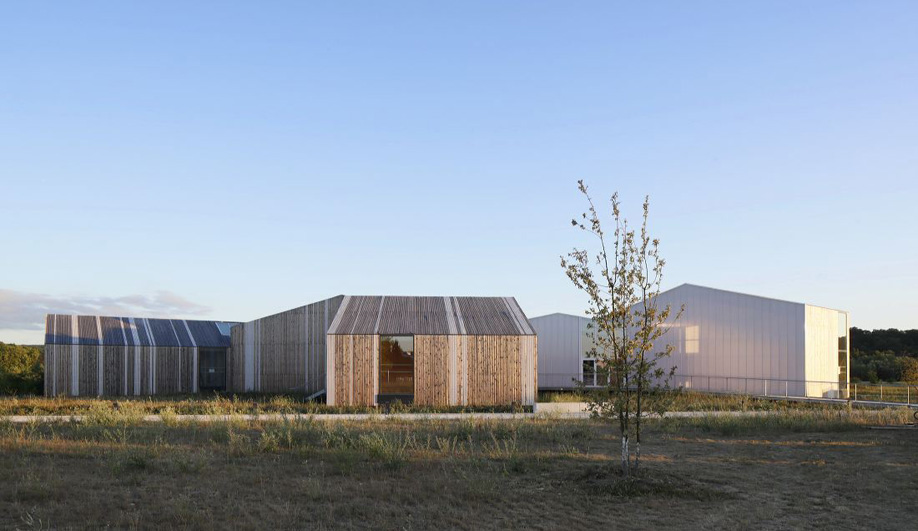 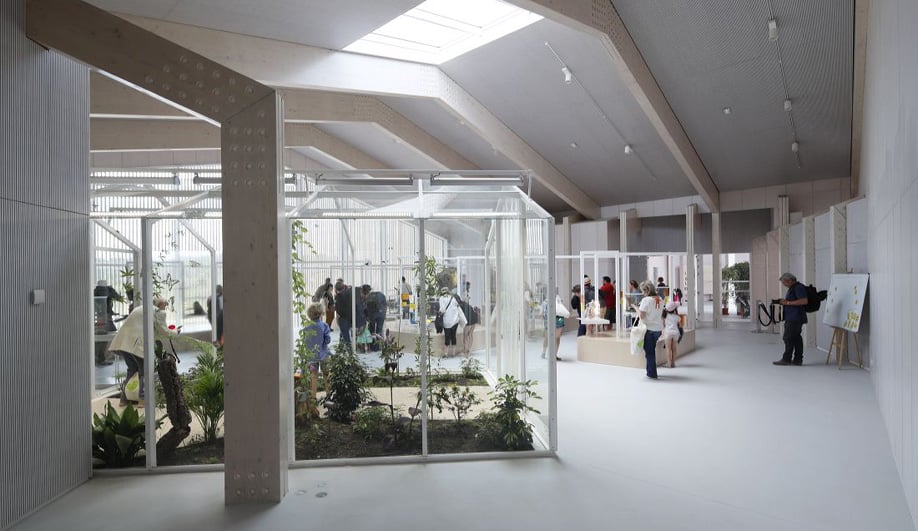 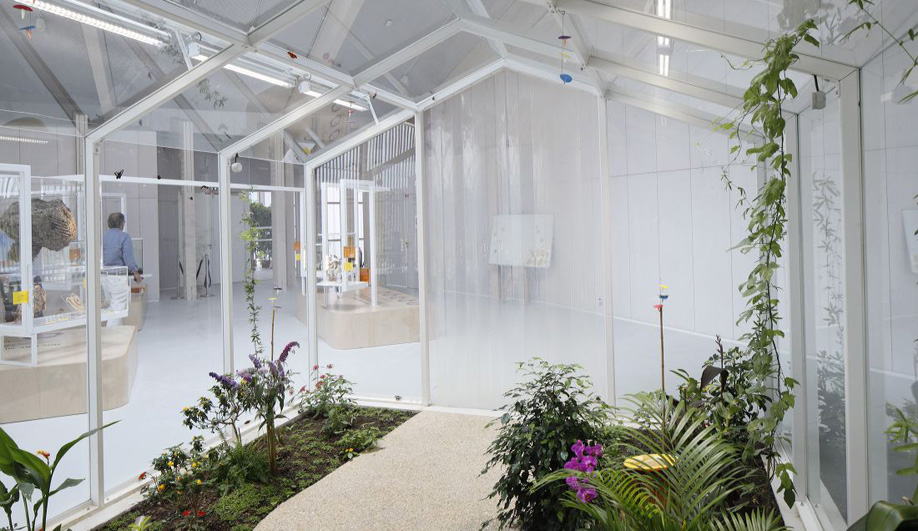 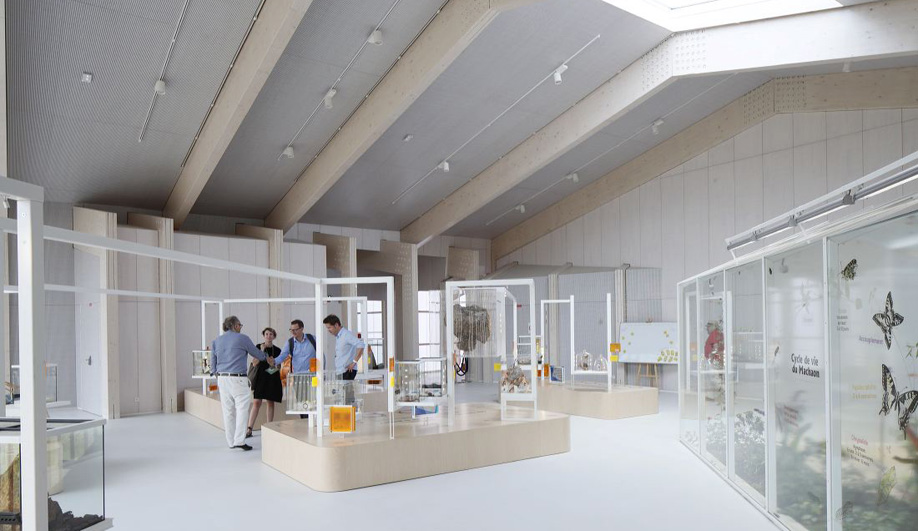 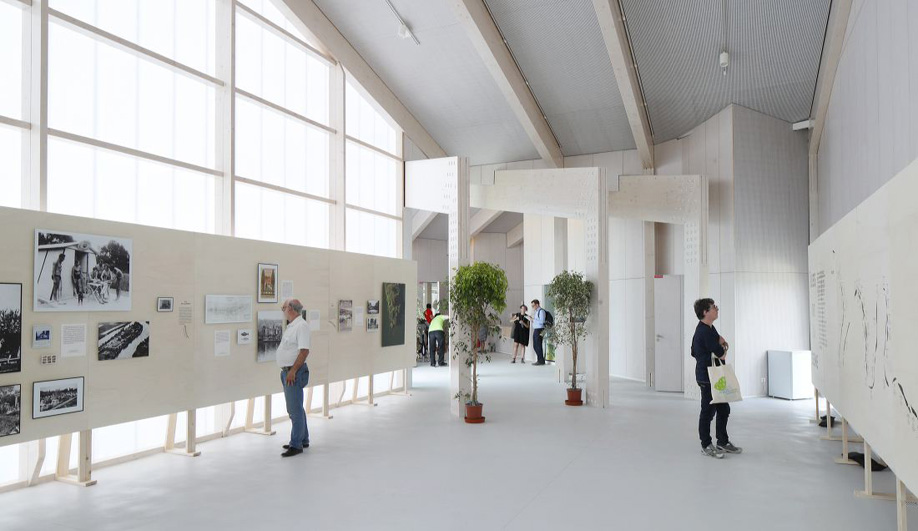 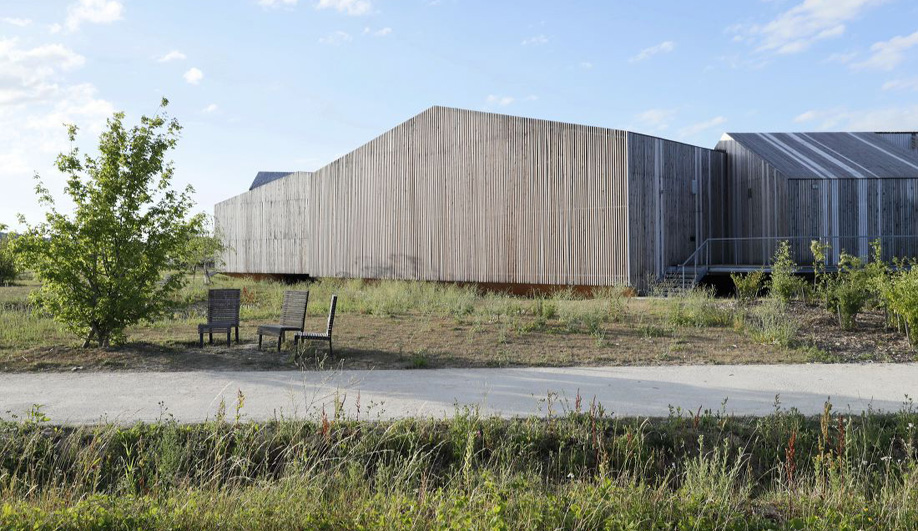 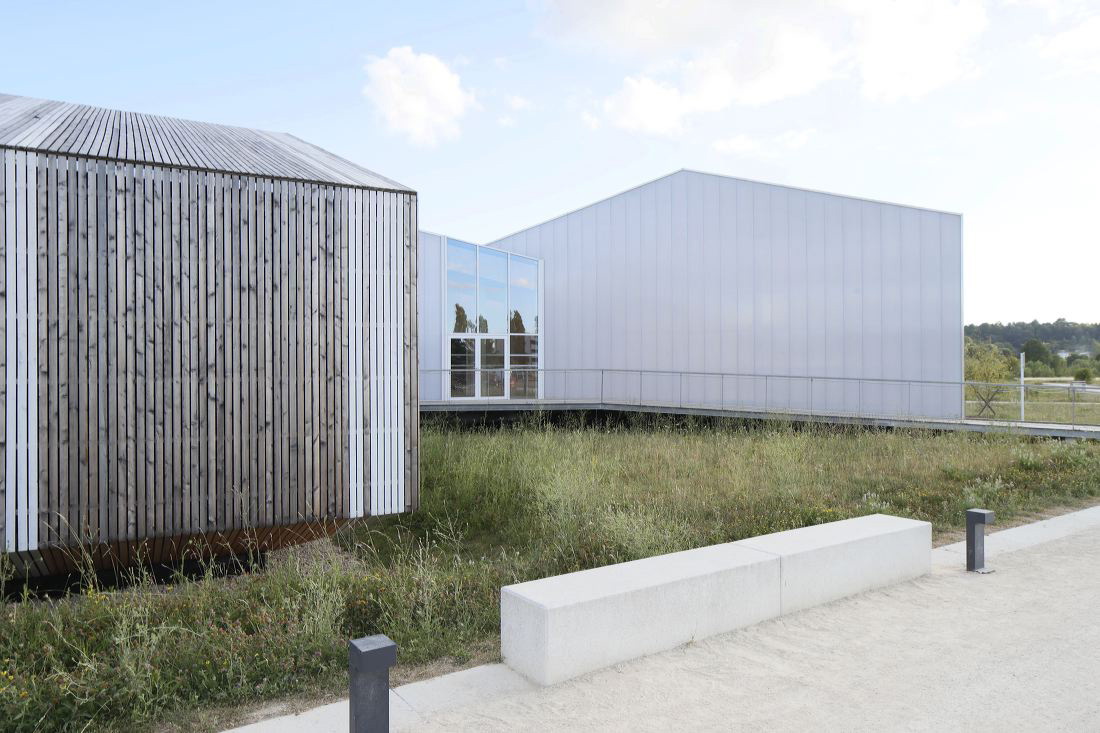 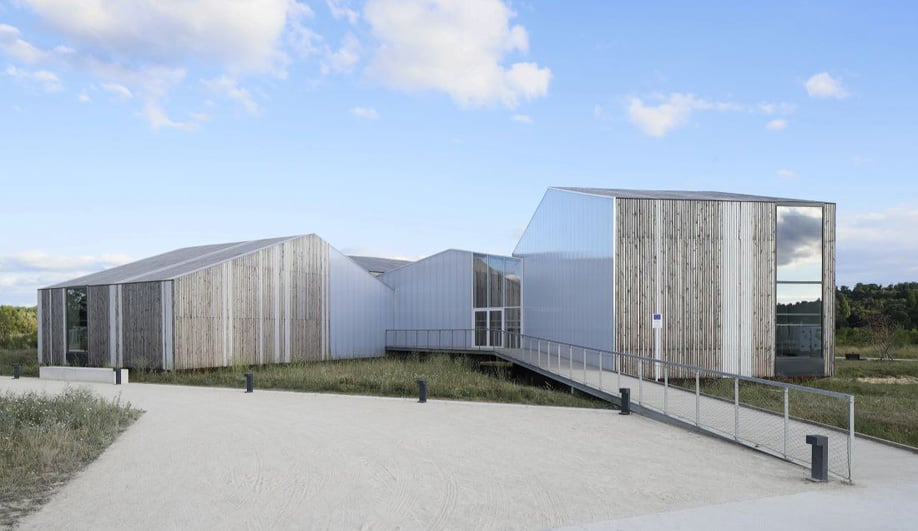 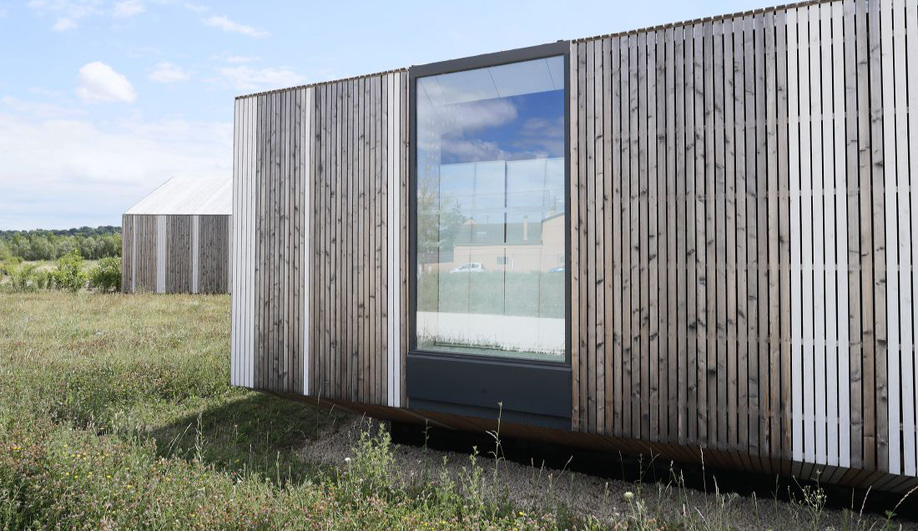 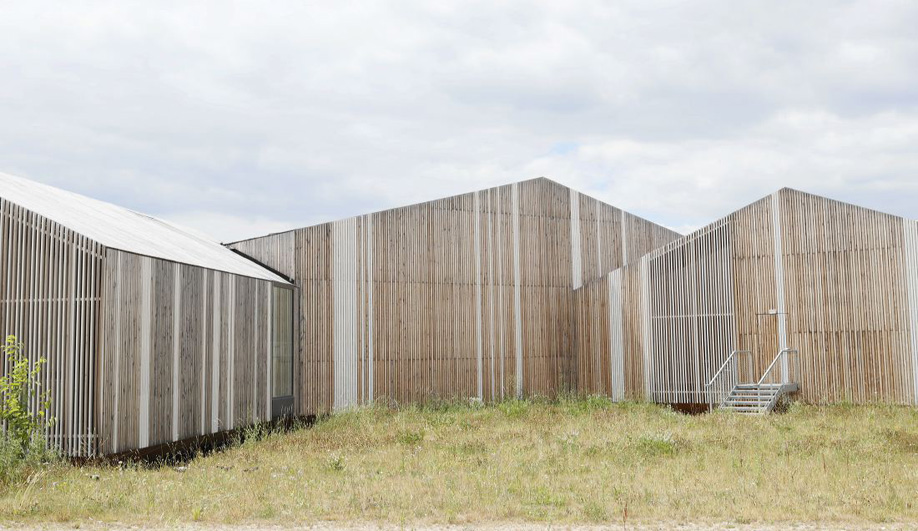 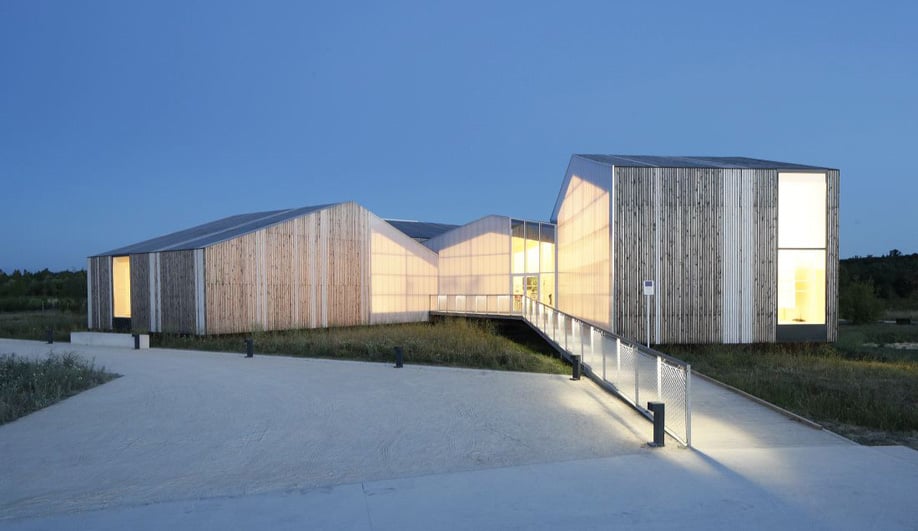 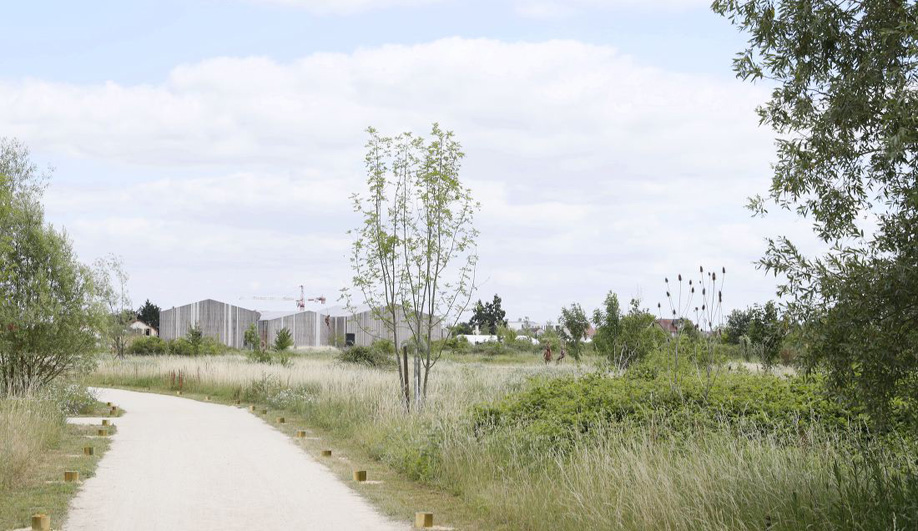 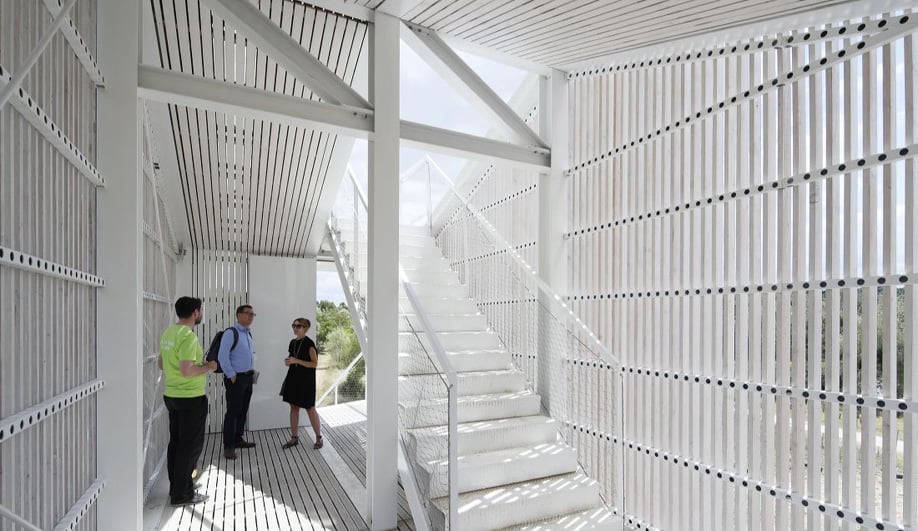 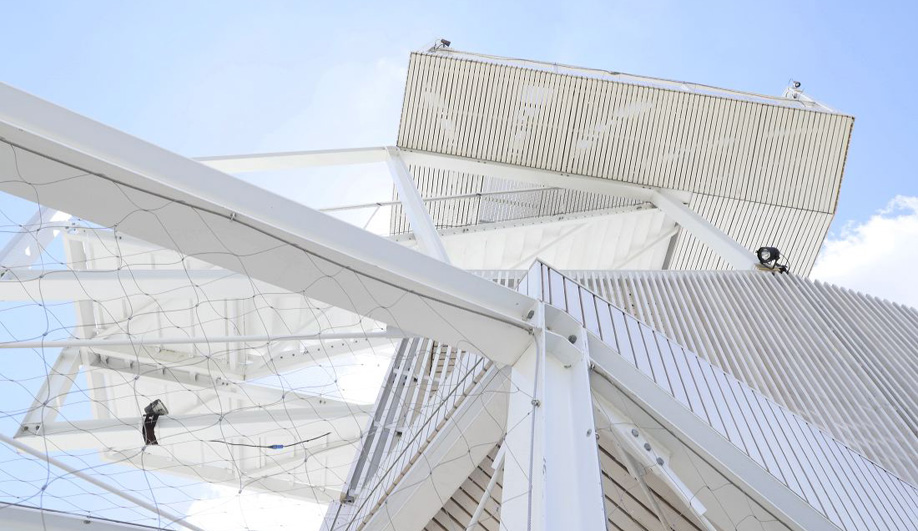 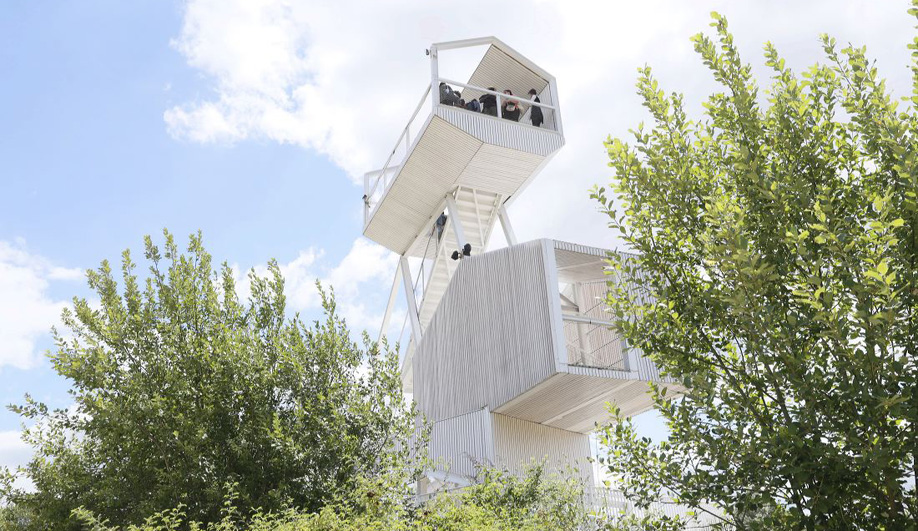 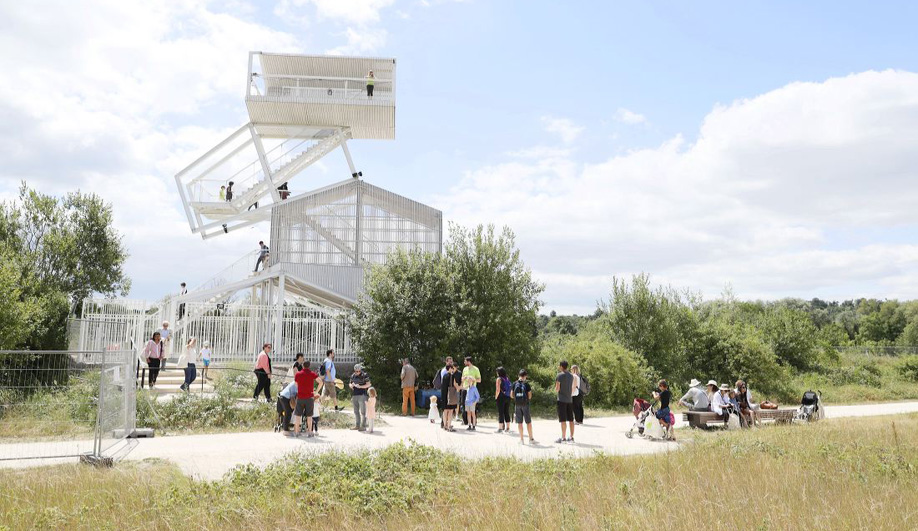 Commissions to design hotels, restaurants and art galleries are pretty commonplace in today’s booming global cities. Requests to create insect museums and whimsical observation platforms? Not so much.

Nonetheless, facilitating bug display and panoramic treetop views in a government-sponsored park-in-progress just outside Paris were among the challenges tasked to AWP in 2011, when the Paris-based architecture firm won a competition (in collaboration with Swiss practice HHF) to create public amenities for an evolving green space in the suburb of Carrières sous Poissy.

The site, not far from Le Corbusier’s famous Villa Savoye, stretches over 113 hectares in a rough L shape along the Seine. A former wasteland straddling the river on one side and nondescript suburban houses and apartment buildings on the other, it was largely devoid of greenery and required soil remediation. Soil cleanup was overseen by landscape architects Agence TER, which also mapped out a park plan, planted thousands of trees and shrubs and laid down attractive wooden walkways.

AWP and HHF, led by partner-in-charge Alessandra Cianchetta of AWP, took on the park’s permanent structures, including a visitors centre/insect museum, a nature observatory, a guinguette (or casual outdoor restaurant) and a dozen or so assorted follies, such as shelters, a playground and an open-air theatre. (Given the multitude of elements in the mandate, the firms cheekily dubbed their design scheme Poissy Galore.)

This past June, the first two structures – the visitors centre/insect museum and a 12-metre-tall observatory offering 360-degree views of the park – were opened to the public. Inspired by the dual suburban/riverfront nature of the setting, Cianchetta and her team took a modular approach with their designs for the various constructs, reimagining a typical suburban form (the box house with peaked roof) with notched foundations that make them appear as if they’re floating (à la the barges and houseboats that dot the nearby river). These prefab models were then repeated and reconfigured to suit their respective functions.

In the case of the insect museum (which, Cianchetta says, was enlarged in size and scope after the competition), five of the house-shaped modules have been grouped in a playful jumble, their prefabricated timber walls and roofs – some panels streaked with white paint – echoing the fishing huts that line this area of the Seine. Inside, the interconnected structures converge in a large, airy exhibition space, where the insect display cases sit on muted grey resin floors under the soaring peaked ceiling.

On one side of the space, a massive peaked window, outfitted with a wooden brise soleil, provides an expansive view out into the park. At night, neon lighting illuminates the buildings through windows and skylights like a beacon, making the museum complex the focal point of the park.

For the observatory, the site’s undoubted showstopper, Cianchetta and company stacked four of the modules, each missing some or all of its walls, in seemingly tumbledown fashion. The “houses” are connected with exposed steel staircases that zigzag up three levels to a top deck that overlooks the surrounding swards and riverbank.

According to AWP, the observation platform and insect museum cost some €5.2 million to execute; the local government agencies behind the creation of the park, called Le Parc du Peuple de l’Herbe (loosely translated as Park of the People of the Grass), reportedly budgeted €25 million for the entire green space. If that budget holds – and the existing facilities prove popular – the guinguette and assorted other follies designed by AWP and HHF could be realized soon. As it is, the residents of both the growing suburb around it and Greater Paris as a whole have a user-friendly slice of nature already at their disposal.