Old Meets New in a Manhattan Pizzeria
Sergio Mannino Studio cooks up an eatery with old-country ceramics and neo-graphics. 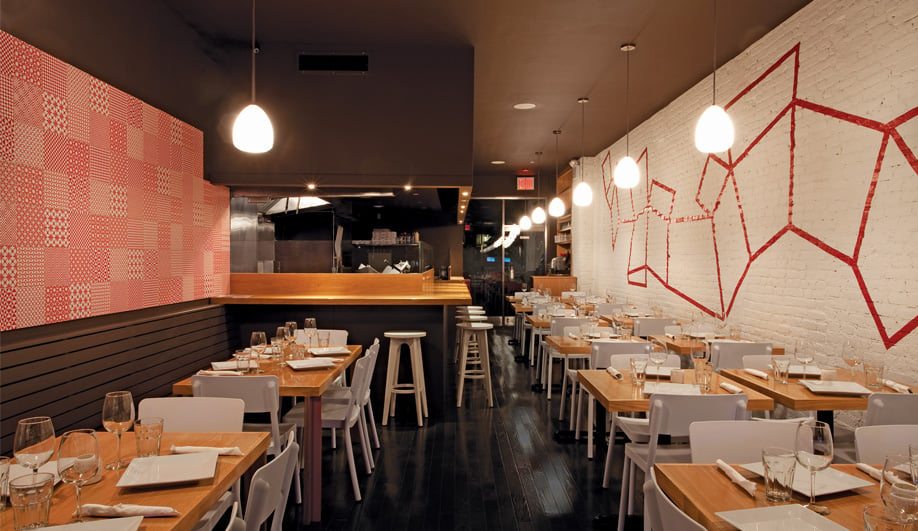 Nothing screams “New York pizzeria” like brick walls and red-checked tablecloths. At the Susanna eatery, recently opened in Greenwich Village, designer Sergio Mannino shook up that tried-and-true guise without losing sight of the restaurant’s Italian roots. “The idea was to not forget where the owners are coming from,” he says, “but at the same time create something that fits New York without losing its own identity.”

The set-up, which Mannino created with Giulia Bortolotti, Giulia Delpiano, Lucio Leone and Giorgio Zuffanti, is fairly straightforward, with a dark ceiling and floors, and the kitchen and the pizza oven at the back separated from the dining area by a wooden counter. The space is furnished with Lisboa chairs by Joan Gaspar for Serralunga; Mannino designed the tables and had IFCC produce them; and the lighting is by West Elm.

The finishes make it stand out among all of the other local restaurants vying for the university crowd. The pièce de résistance is a modern take on the classic trattoria tablecloth: a wall totally clad in white and red ceramic tiles, by Italy’s Unica, a manufacturer that uses ink jets to print layered designs on the tiles; this results in a dynamic, textured feel.

Across the dining room, Mannino painted the brick wall white (“To keep it brick colour would have been very New York, and that’s not what we wanted”). He topped it off with a simple geometric painting of his own design that evokes the city’s graffiti from the ’80s, and looks like a collage of open pizza boxes. “It bridges two cultures,” he says. 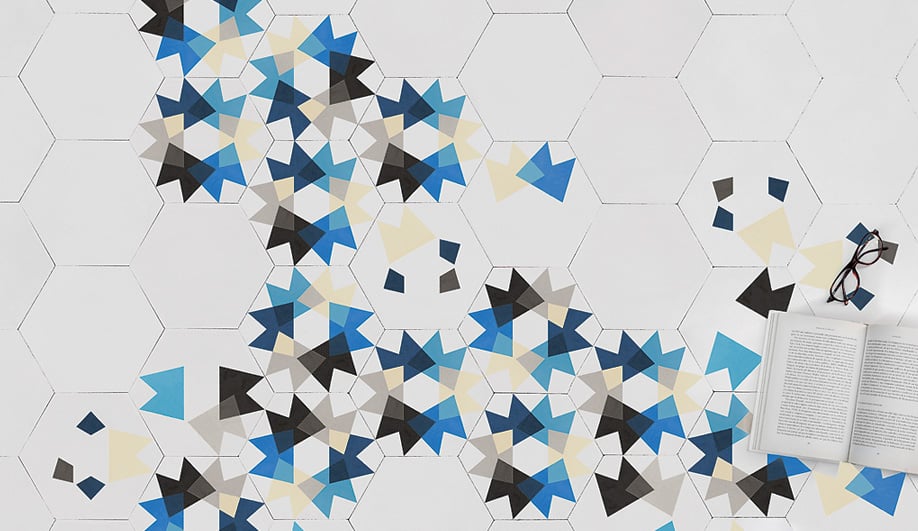 MUT Atelier of Spain designed Keidos, for Entic Designs, as a hexagon with multiple patterns that enable endless configurations. 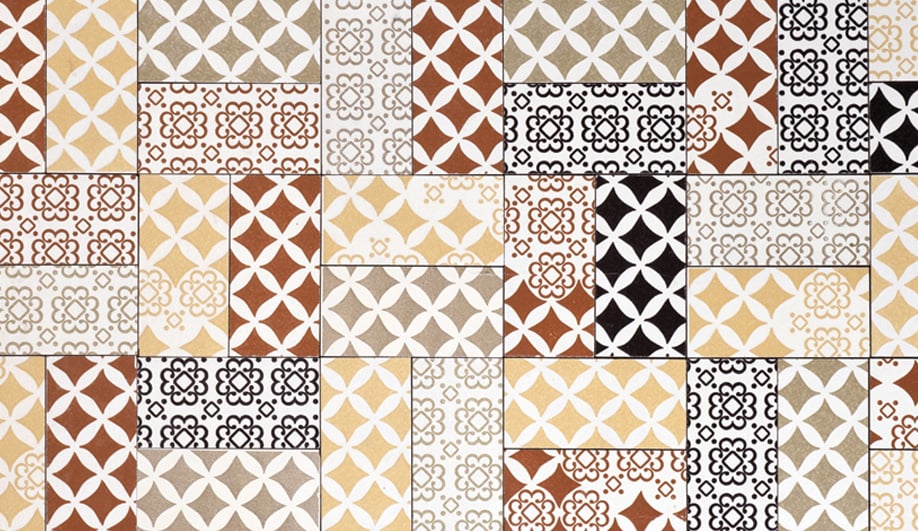 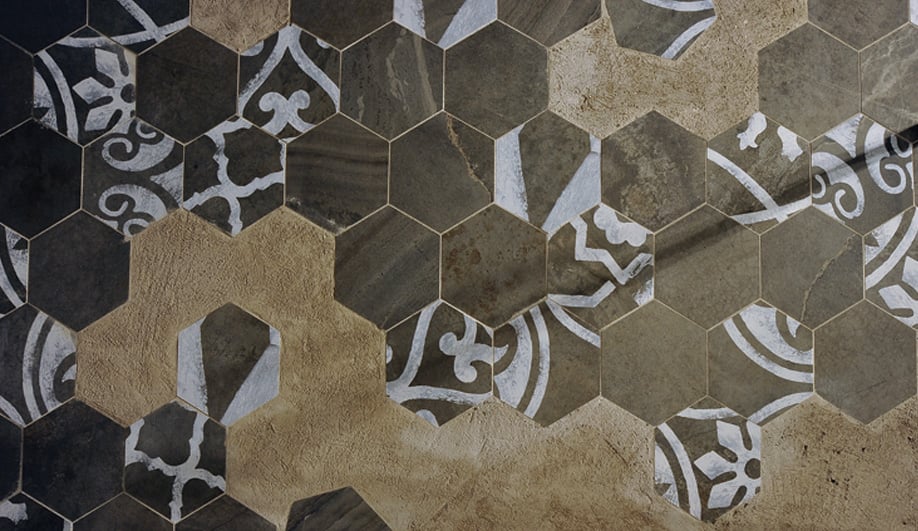 Various patterns of In-Essence tiles, by Provenza, can be applied on walls to create a fragmented mosaic. ­