OMA completes CCTV headquarters
Rem Koolhaas and his Office for Metropolitan Architecture celebrate the completion of the already iconic Beijing building for China Central Television, which has courted controversy since day one. 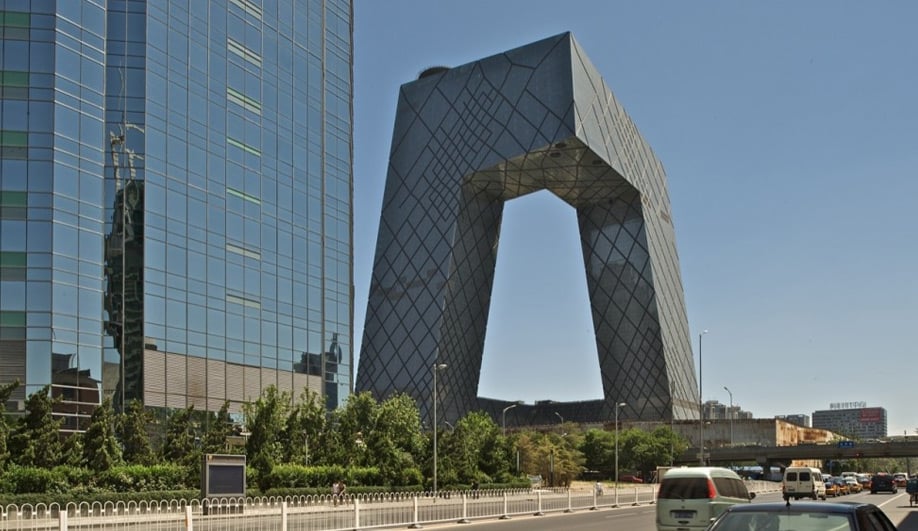 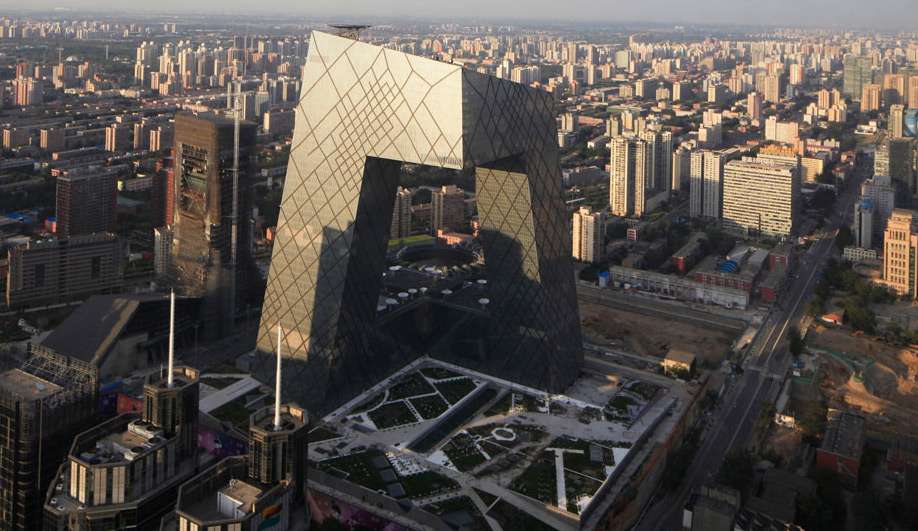 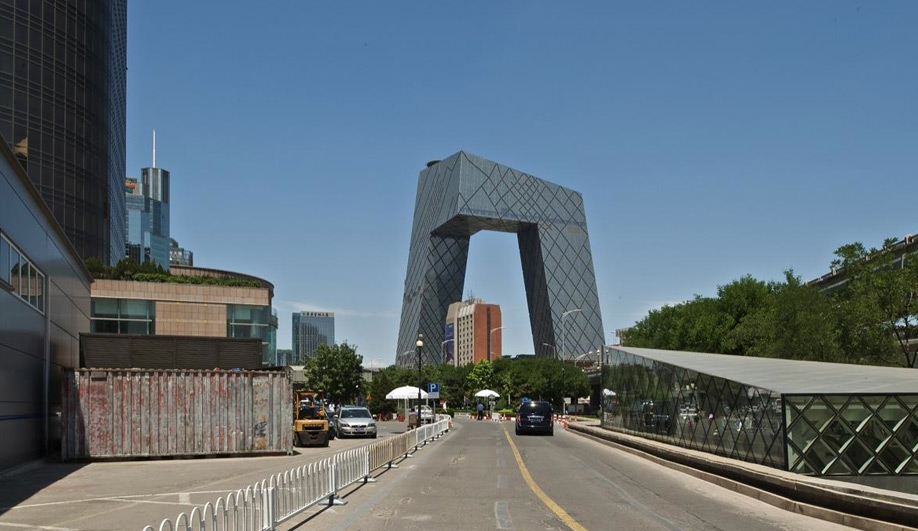 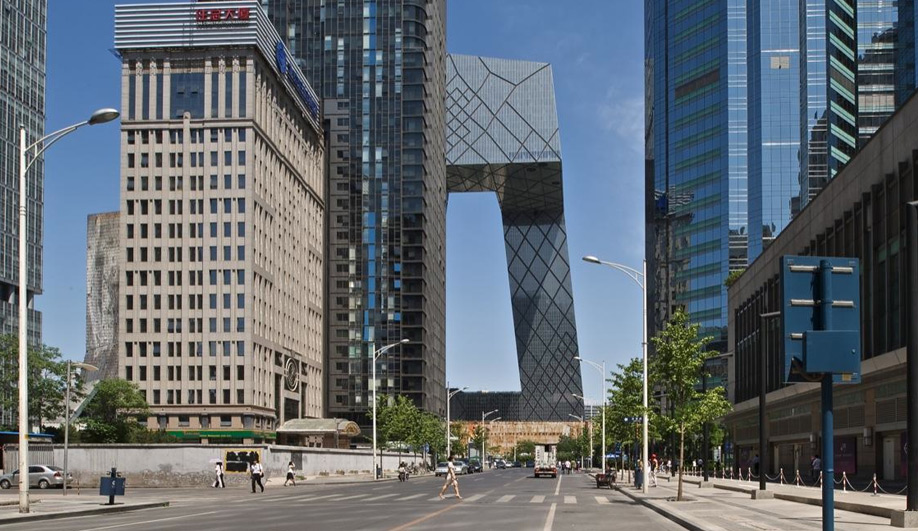 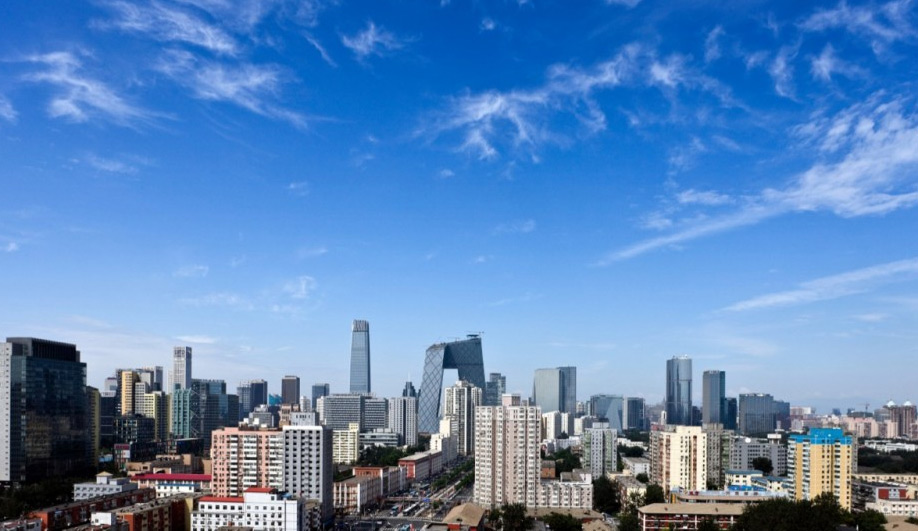 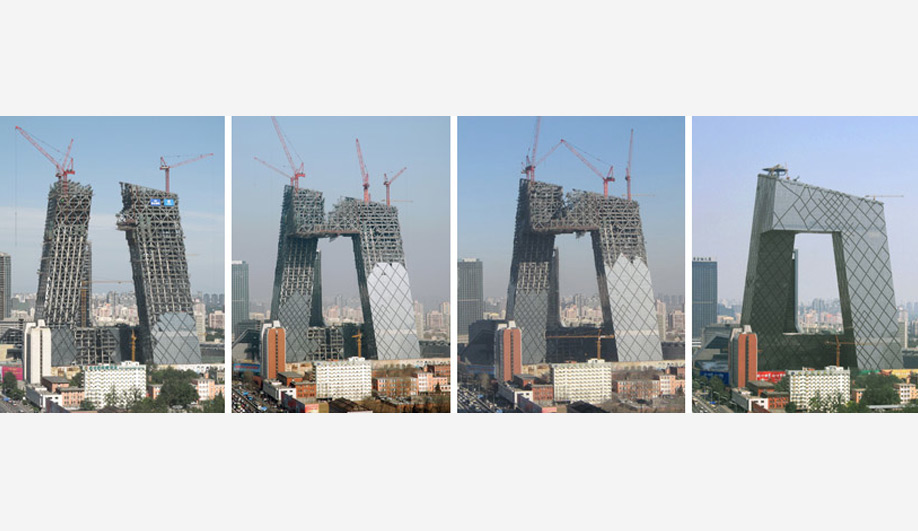 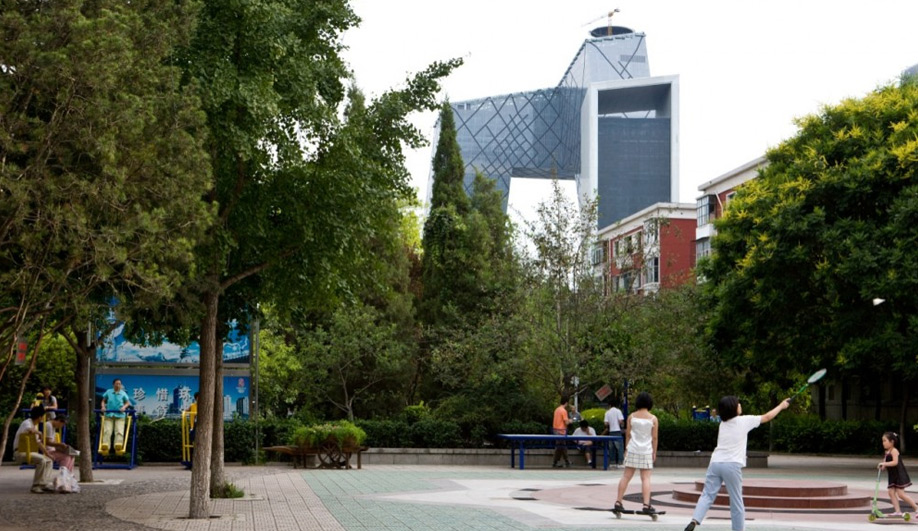 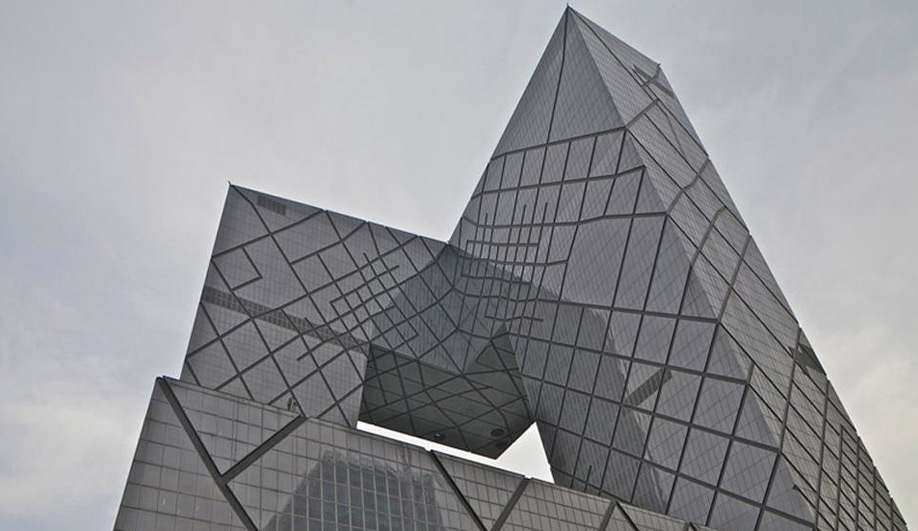 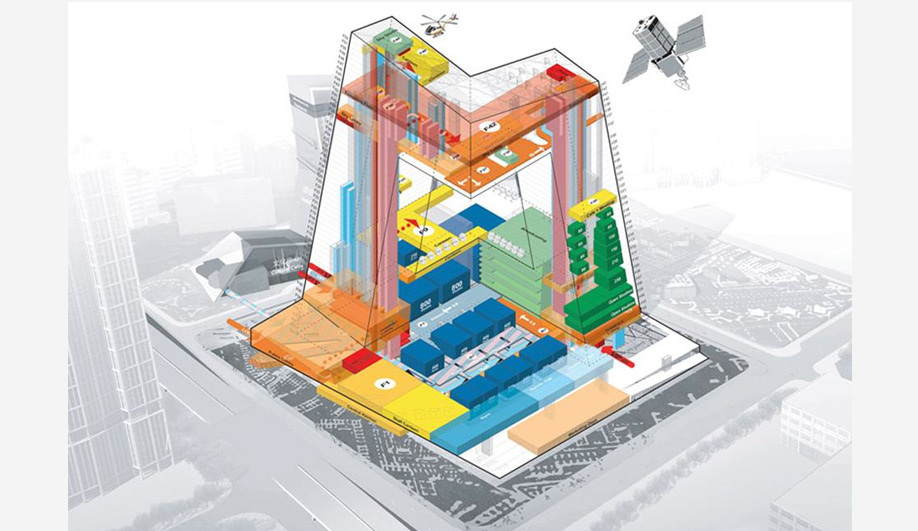 Designed a year after 9/11, it defies the skyscraper mould. Instead, the building – which the New York Times has described as this century’s greatest work of architecture – is composed of two 49-storey towers connected by a 75-metre cantilever. The result is a giant loop, like a typographic character, that dominates the city’s skyline and stands in daring contrast to its humdrum surroundings. But its shape also has a very specific function: it emphasizes and encourages the interconnectivity of all facets of the media organization, from journalists to the ad department.

The 473,000-square-metre complex was structurally engineered by Cecil Balmond of Arup. It’s supported by a cage-like steel frame that’s visible on the exterior as diagonal slashes across the grey glass. The arduous decade-long process of realizing the architectural feat, which was expected to be completed in time for the Beijing Olympics and was the scene of a raging fire in 2009, is documented in a new film by Tomas Koolhaas, the architect’s son.

While most modern architecture elicits controversy for its appearance (think MVRDV’s proposed project in Seoul) or for construction delays that dramatically raise the pricetag, the mould-breaking CCTV headquarters is most contentious because of its client. The media organization is widely regarded as a purveyor of government propaganda, and, by virtue of taking the commission, Koolhaas has been criticized as well. But the architect has embraced another, more optimistic, view of what the country’s future may hold.

In his early Beijing Manifesto, he looked past CCTV itself, and perceived the bigger picture of China as the largest emerging market for digital services. He wrote that the country “can be the first nation to create truly open standards for its technological infrastructure spreading connectivity and opportunity.” And when he chose this commission rather than working on a proposal for the World Trade Center in New York, he described China’s openness to experimentation, and the lure of designing in a tabula rasa of a country eager to modernize, even if it meant demolishing the hutongs throughout the city.

It might sound like blue-sky thinking. Yet it’s not surprising for a firm that often challenges the status quo in imagining how the world ought to work. Its research arm, AMO, has even re-conceived Europe as a clean energy-producing factory called Eneropa. Meanwhile, OMA has created awe-inspiring settings for fashion labels and musicians alike – the pyramid it recently erected for the Cannes premiere of Kanye West’s short, Cruel Summer, is slated to travel to film fests around the world. And, among the projects the firm is working on, two display the striking range of its commissions: the Center for the Preservation of Performance Art in Hudson, New York, for confrontational performance artist Marina Abromovic; and the Qatar Foundation Headquarters, which will surely drum up more controversy for the firm.