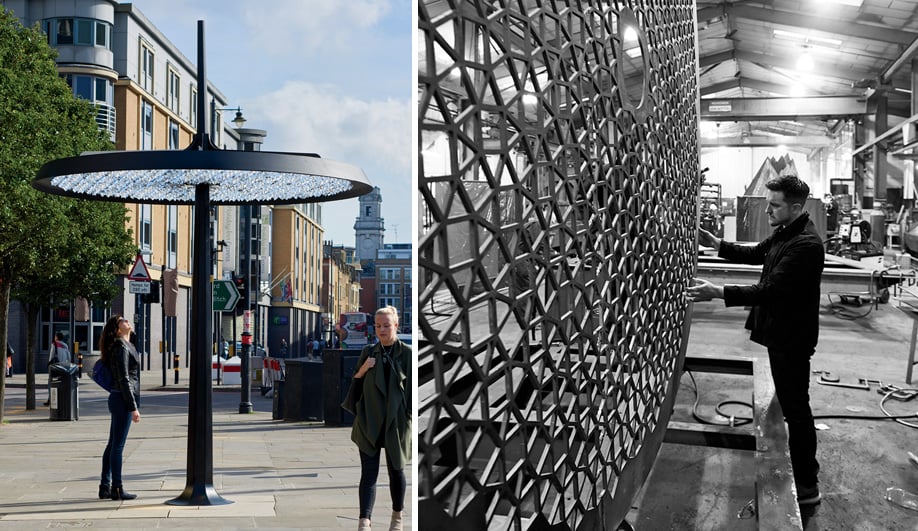 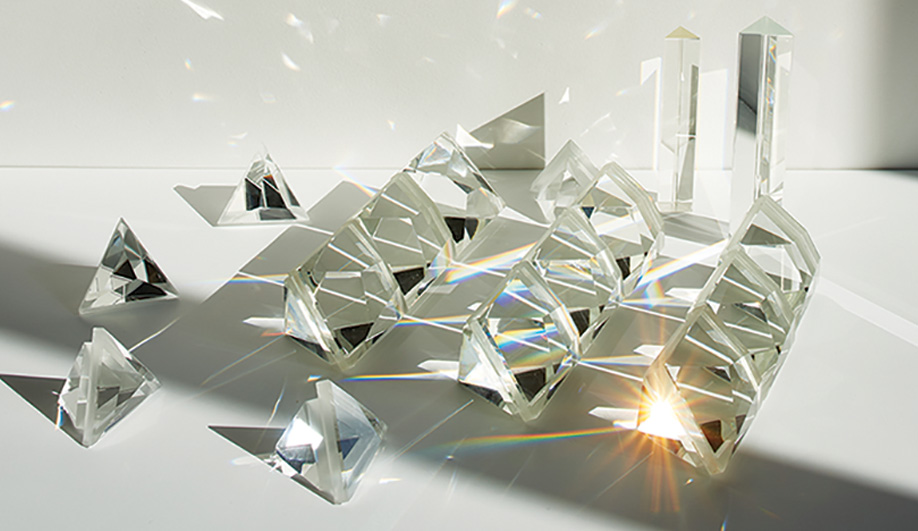 Old Street Roundabout in London is a hub for tech start-ups; it’s also a major traffic junction and part of the cycle superhighway, which makes it a nightmare for pedestrians. The quadrangle by Pitfield Street should be a meeting point for the East End crowd. Instead, people hustle past en route elsewhere. Anywhere.

Beau Lotto, founder of the art-science think tank Lotto Lab, already had his eye on this
characterless patch when he was introduced to Samuel Wilkinson, a versatile industrial designer of everything from tape dispensers to solar shelters to guilloché-cut crystal. The two decided to collaborate on a meeting point that could double as an effective illuminator at night. “Our idea was to also physically represent the internet, since tech companies are the lifeblood of the area. It snowballed from there.”

Ommatidium is a multimedia light post named after the optical lenses in insects. The slender steel structure and a three-metre-wide canopy support 1,500 crystal pieces that refract sunlight during the day, and glow at night via 24 embedded LED units. Its simple form can withstand errant cars, up to three drunken clamberers and 450 kilograms of overhead glass. It took the designers four days to set the hand-cut crystals into a snub-square framework with an organic raindrop effect.

When it launched last fall, Ommatidium was primarily a Wi-Fi hot spot that made the area safer and more social. Eventually, it will evolve into a “digital notice board,” with its own app where visitors can share messages, sound bites and information about neighbourhood events. “It’ll be a digital magazine of local secrets,” says Wilkinson. “In the future, digitalization will be more personal, and this is a prototype.”