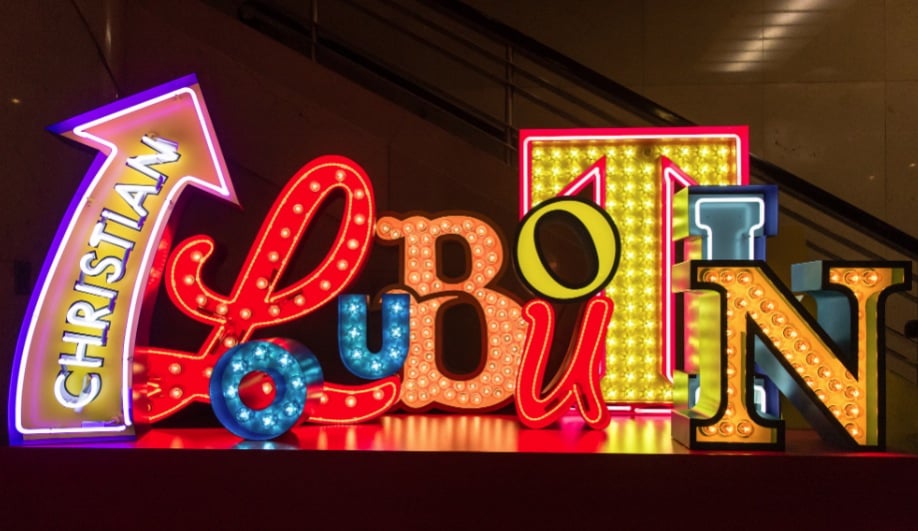 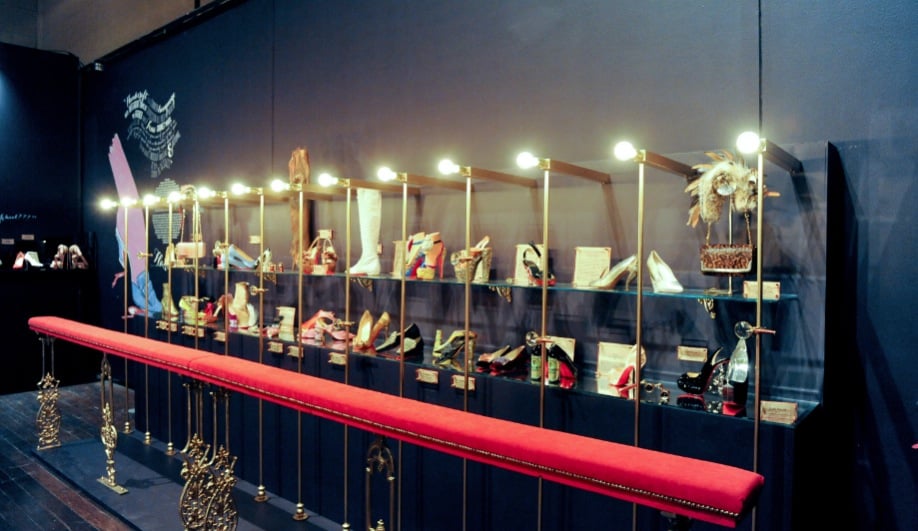 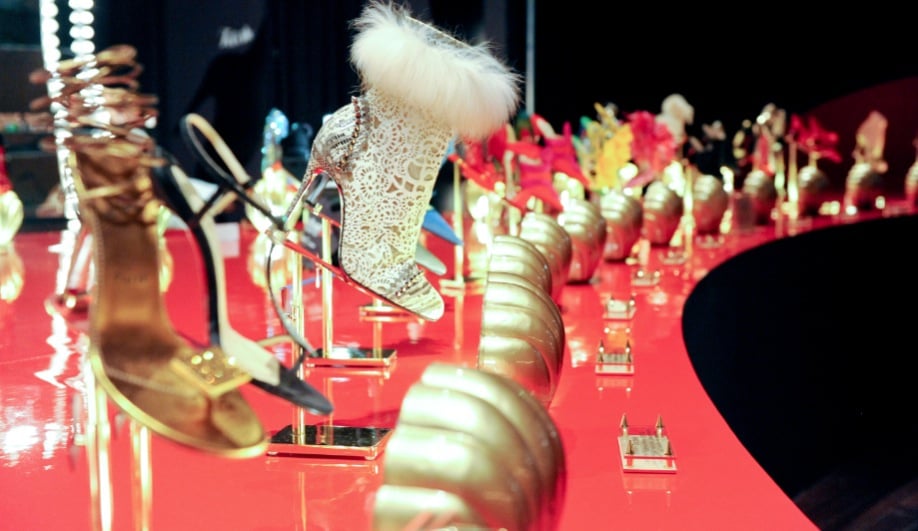 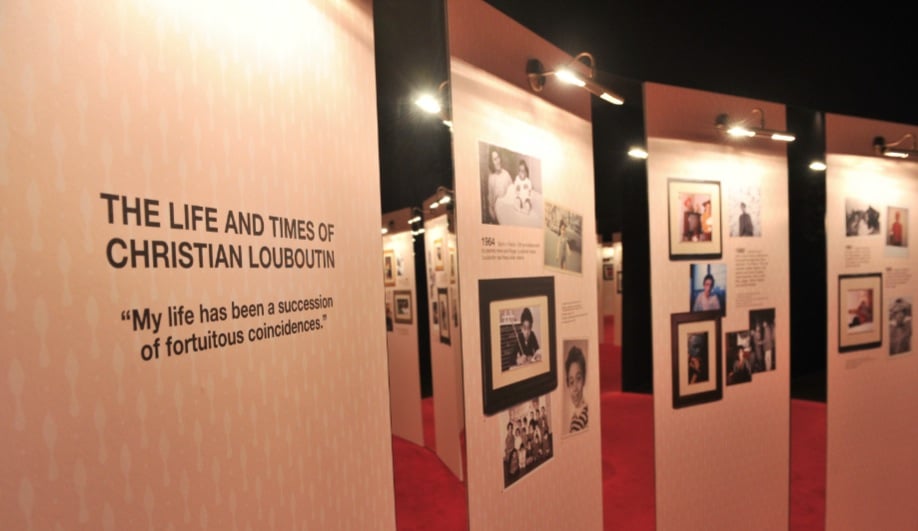 The Life and Times of Christian Louboutin 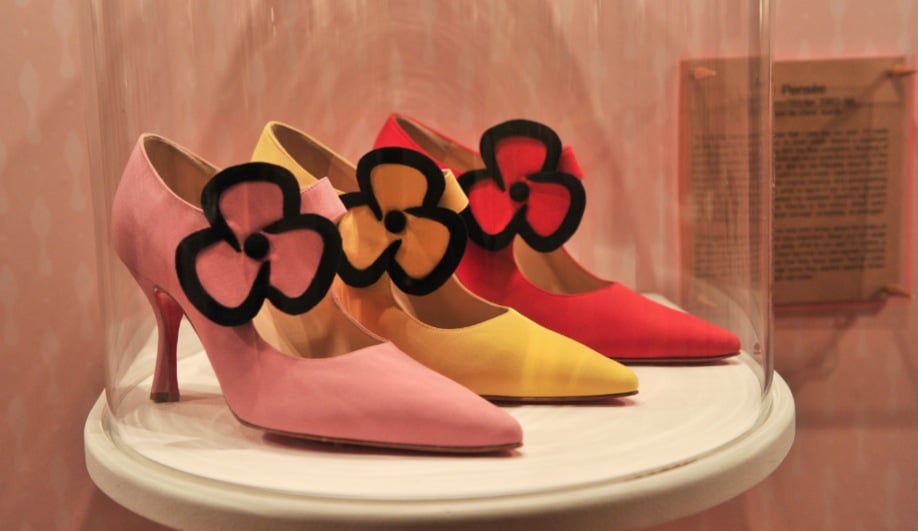 Pensée: the first shoe with the iconic red sole 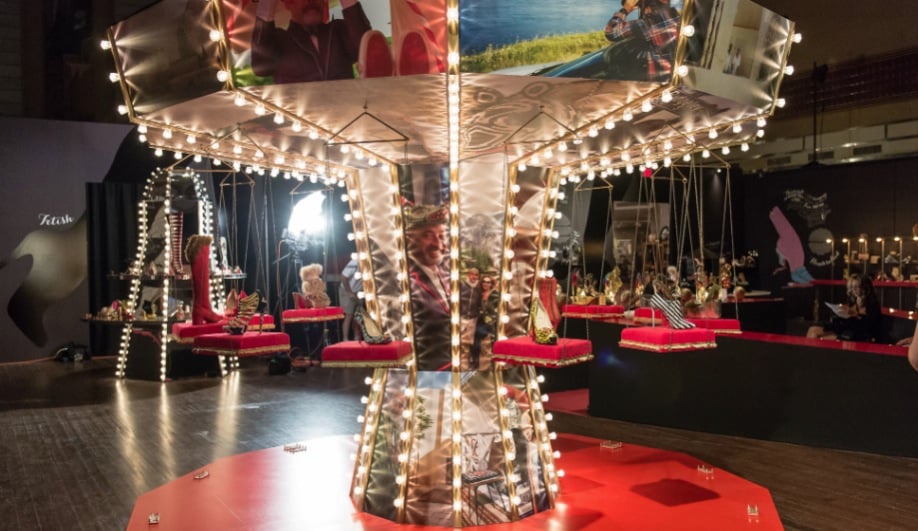 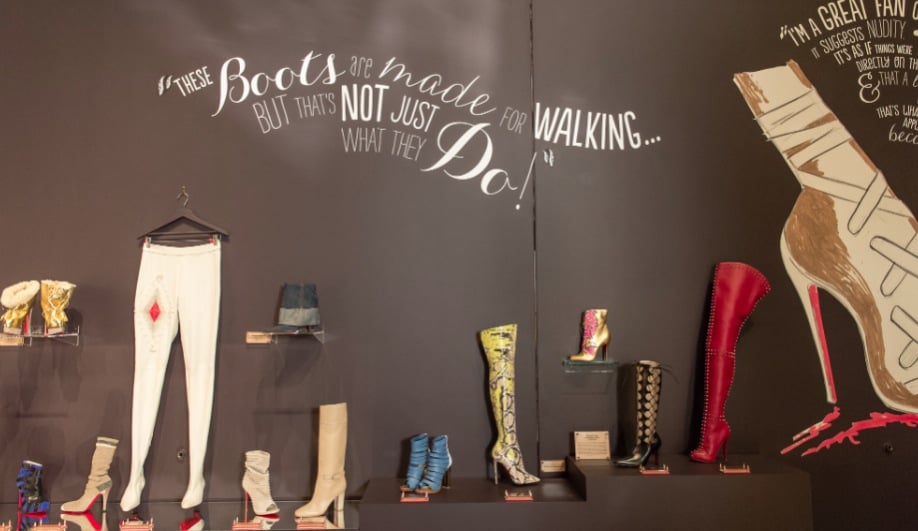 Wall of boots inspired by Louboutin’s love for travel 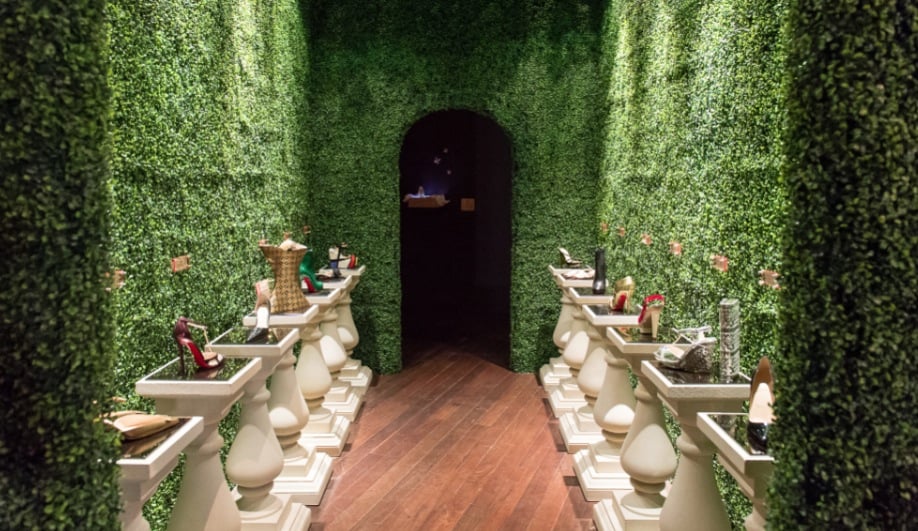 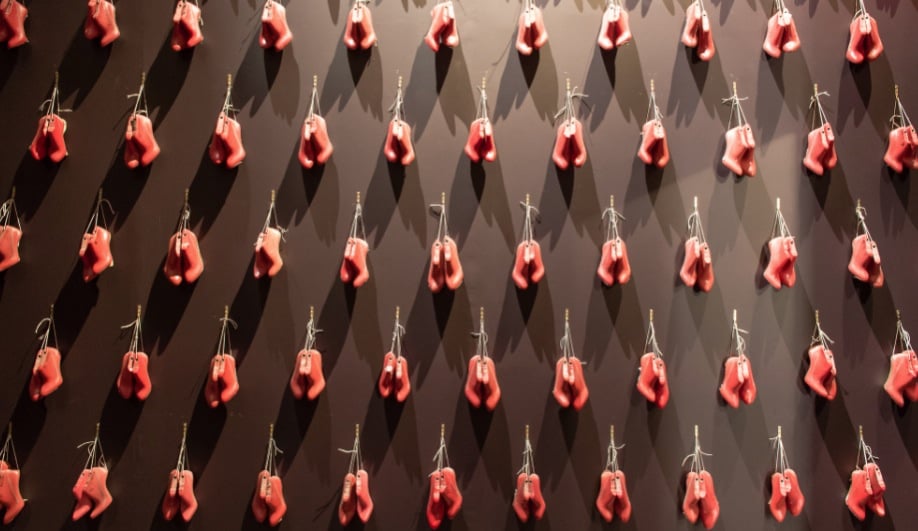 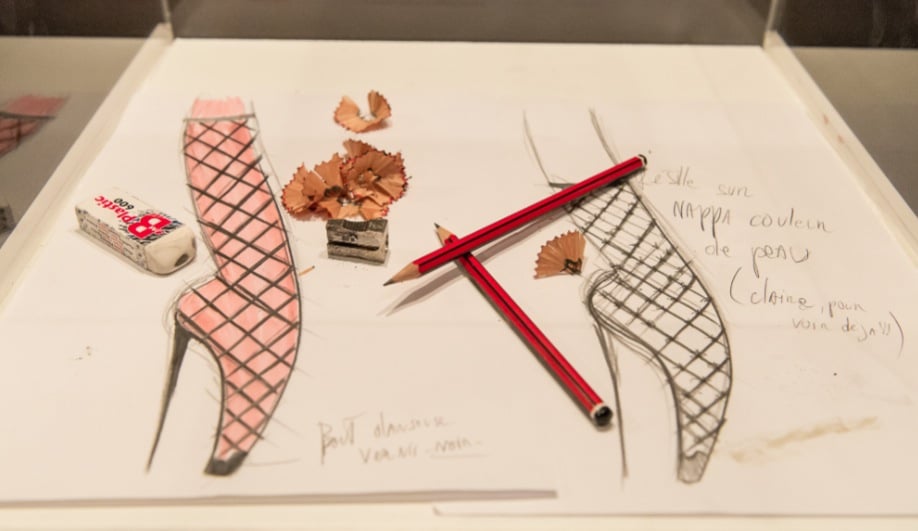 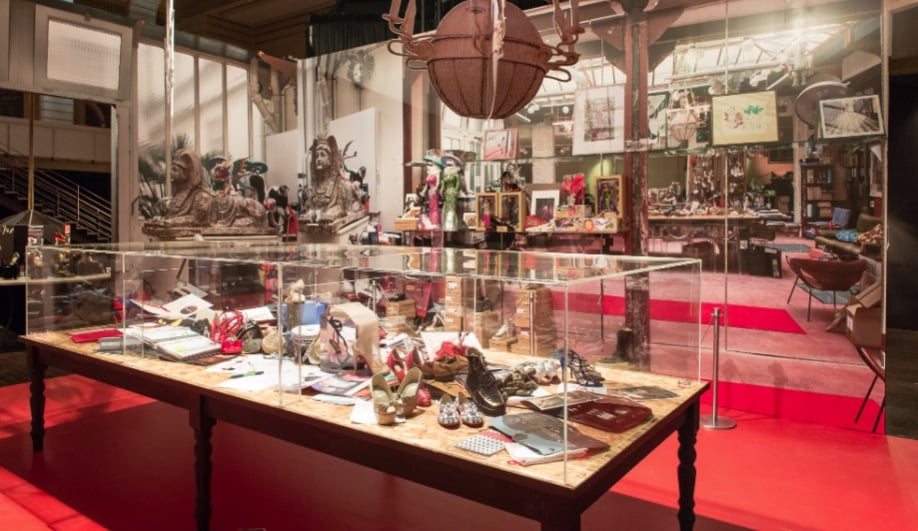 Replica of Louboutin’s studio in Paris

A spectacular 20-year retrospectivef his work made its North American debut on June 20 at the Design Exchange, following a stint at London’s Design Museum. Spread out on the former trading floor at the DX, more than 250 shoes, sketches and personal artifacts relevant to Louboutin’s vibrant career are showcased through a carnival-like display of his works.

Visitors are greeted by a brightly-lit carousel displaying footwear inspired by Louboutin’s love of travel and accompanied by images of his personal experiences abroad. To the left of the entrance is a wall of leather boots, including lace-up flats, thigh-high stilettos and Gymnaste: a lambskin stretch pant attached to crocodile and python boots from his 1995 collection.

Opposite that, show goers are faced with an animated hologram of iconic burlesque dancer Dita Von Teese, an avid Louboutin aficionado, which performs every hour. It’s an homage to the designer’s time working at Paris’s famed Folies Bergere, a cabaret music hall. Below Von Teese, sits a red shoe-shaped stage with dozens of stilettos – such as Pluminette, a petal-pink crepe de chine heel adorned with feathers – lined up like showgirls.

Though Louboutin originally designed shoes that covered the foot entirely, his increasing fascination with illusion led him to explore transparency through materials such as lace, chiffon, mesh, brocade and ribbon. These more ornate shoes are shown off on a tiered Helter Skelter stand made of mirrors and fairground lights. In another room, a timeline complete with photographs depicts “The Life and Times of Christian Louboutin.” Here, a ballerina-like mannequin stands inside an oversized Fabergé egg – a sculpture originally designed for Louboutin’s London store.

Elsewhere on the exhibition floor, there is a recreation to scale of the designer’s far-from-minimalist Paris studio; an enclosed space inspired by a topiary garden and filled with shoes, including his best-selling Pigalle black pump, that draw inspiration from art, architecture and landscape; and a lineup of bespoke heels that are made in small volumes by Parisian craftsmen. The only part of the exhibit with no written explanation comprises a black curtain concealing impossibly high and unwearable stilettos alongside images of scantily clad women in a dimly lit space.

Louboutin was in-town for the private opening before making a public appearance at luxury department store Holt Renfrew, where he signed the red soles of fans who queued up to four hours. A series of talks and events will continue at the Design Exchange (234 Bay Street) until the exhibition closes September 15, 2013.

SHARE
Twitter, Facebook, LinkedIn, Pinterest, Email
TAGS
Exhibition, Fashion, Retail,
AZURE is an independent magazine working to bring you the best in design, architecture and interiors. We rely on advertising revenue to support the creative content on our site. Please consider whitelisting our site in your settings, or pausing your adblocker while stopping by.