On Now: Full Circle at WORKshop
On until May 11, this exhibit at Toronto's WORKshop brings together the experimental Chinese-inspired works of international designers and architects, from Taiwan's Luke Liu Kuo-Chang to Chicago artist-architect Jimenez Lai of Bureau Spectacular. 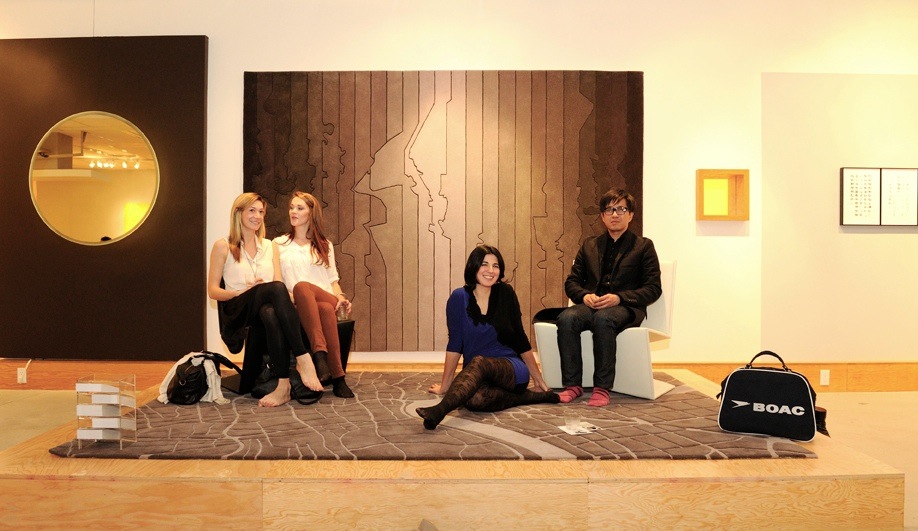 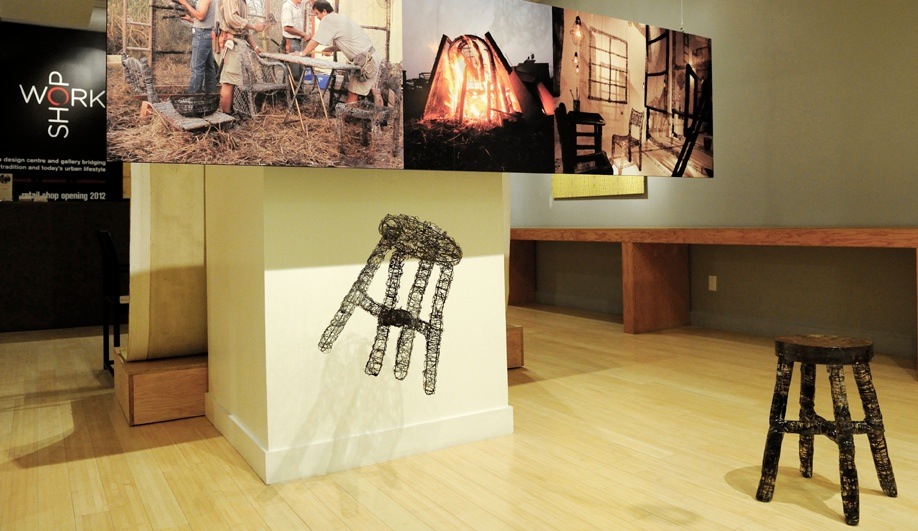 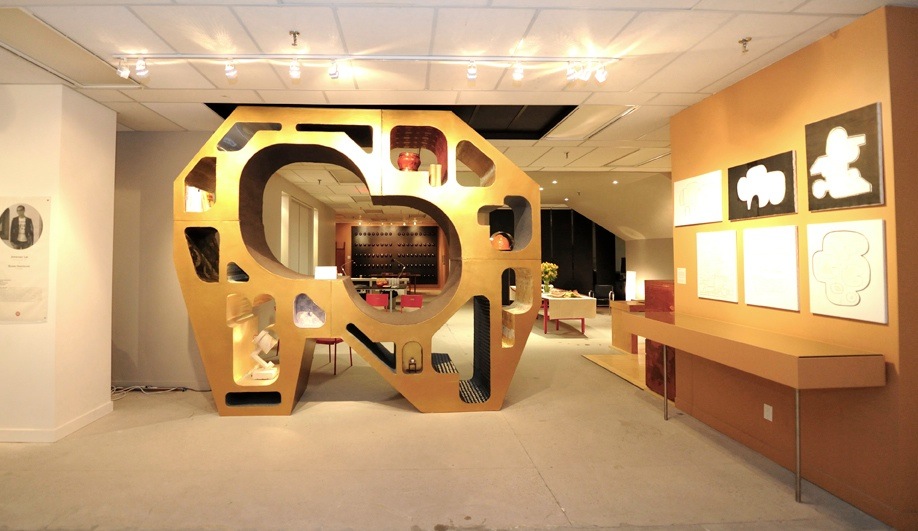 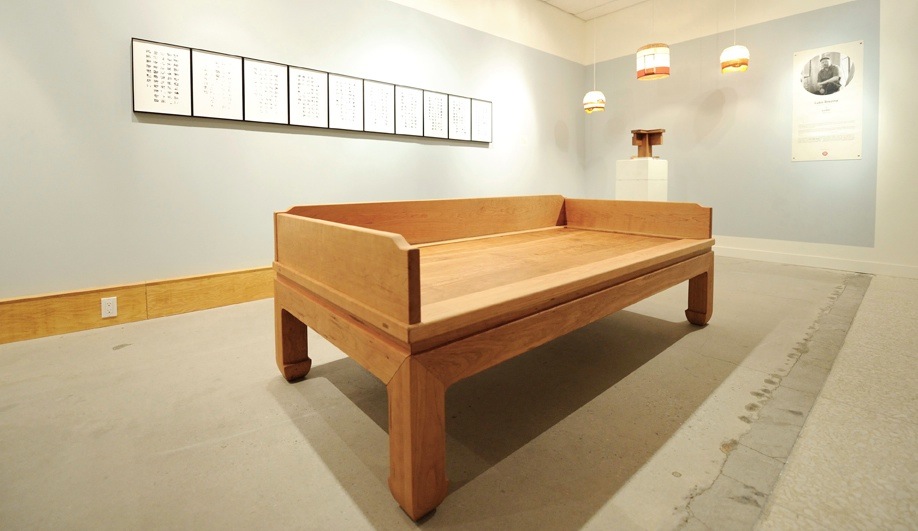 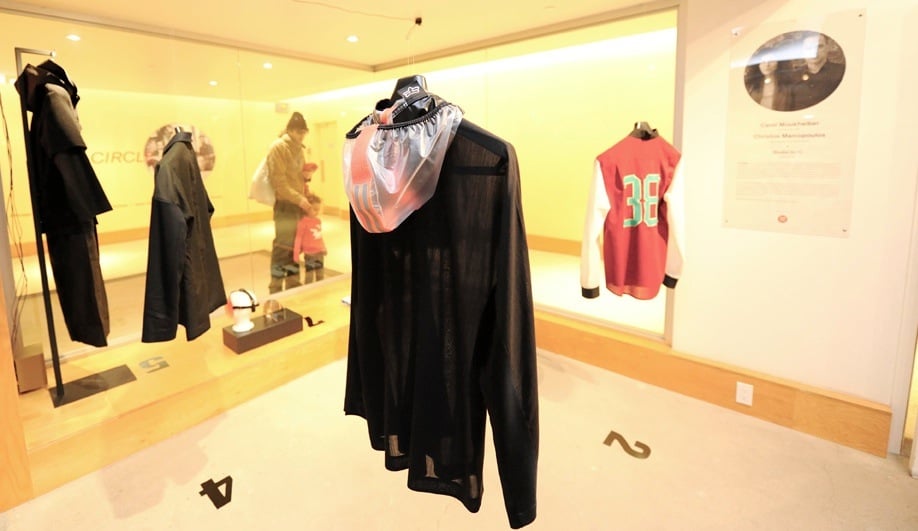 A watering can, a three-legged stool, a pair of slippers, a chair and a window frame make a domestic scene in the exhibition Full Circle. They are ghost objects, outlines only in charred chicken-wire, the stool recast in epoxy. Taiwan architect, artist and designer Luke Liu Kuo-Chang took reclaimed objects from abandoned houses and wrapped them in chicken-wire and burned them for his installation. “Something that was useful becomes not useful becomes useful again,” says Larry Richards, artistic director of WORKshop and organizer of the show.

An “experimental design centre and gallery” established in 2010, WORKshop aims to bring together students and designers both young and established to experiment in various fields – fashion, furniture, decor – yet develop projects that could feasibly make it to the marketplace. Hence, the merging of “work” and “shop” in the name of the research centre-cum-lab, which operates out of 80 Bloor Street West, at Toronto’s Bay subway station. Inspired by the work of Hong Kong fashion designer Kin Yeung, whose ultra-modern Blanc de Chine couture draws from ancient Chinese craft, the studio also bridges the urban realities of East and West. The Full Circle exhibit exemplifies this cross-cultural spirit.

For instance, Andrei Zerebecky and Lukasz Kos, partners in the Shanghai-based studio Four-O-Nine, present a series of rugs representing international time zones, the waterways of Shanghai, the land plots of Beijing and the street grid of Manhattan. They also designed the Pleat chair in folded steel and the Eclipse Mirror.

On a wall nearby are An Te Liu’s Agenda pictures. Liu, an associate professor at the University of Toronto’s faculty of architecture, manipulated images of his digitized engagement calendar for a year and arranged them in columns that look from a distance like Chinese characters.

Lubo Brezina’s handsome Ming-inspired seat is made of cherry wood and constructed without nails or screws using Chinese joinery. Carol Moukheiber and Christos Marcopoulos re-purposed high-fashion clothing, including a fine jacket from Blanc de Chine turned into a worker’s tunic. And Little Monster, Jimenez Lai’s huge work, is a display case that doubles as a giant chaise longue. The Chicago-based artist and architect at Bureau Spectacular is a winner in the Architectural League of New York’s annual prizes.

SHARE
Twitter, Facebook, LinkedIn, Pinterest, Email
TAGS
Art, Exhibition, Product Design,
AZURE is an independent magazine working to bring you the best in design, architecture and interiors. We rely on advertising revenue to support the creative content on our site. Please consider whitelisting our site in your settings, or pausing your adblocker while stopping by.