On Now: Stitches – Suzhou Fast Forward in Toronto
At the experimental design centre Workshop, this exhibit combines contemporary sculptures and the Chinese masterworks that inspired them. 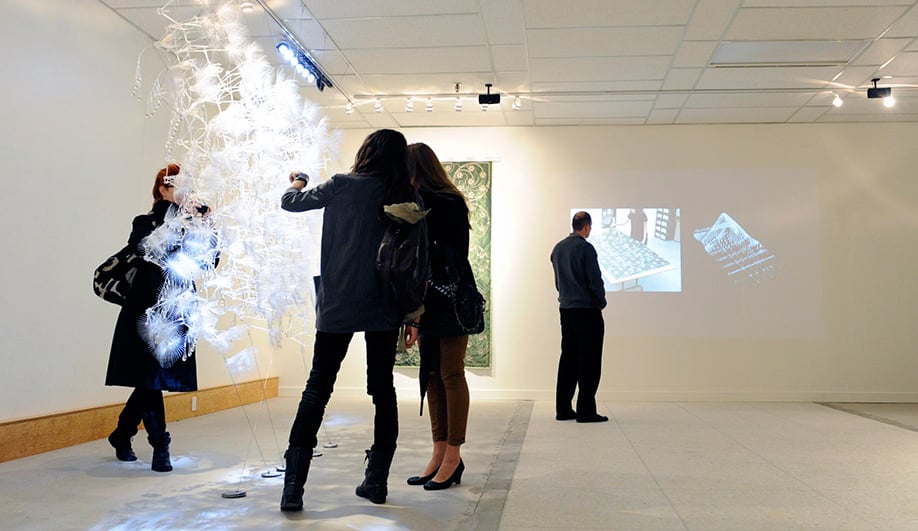 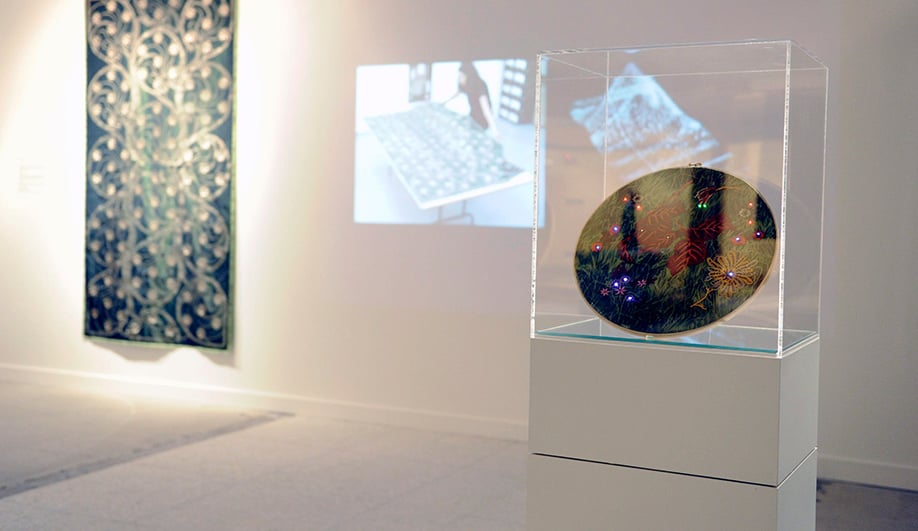 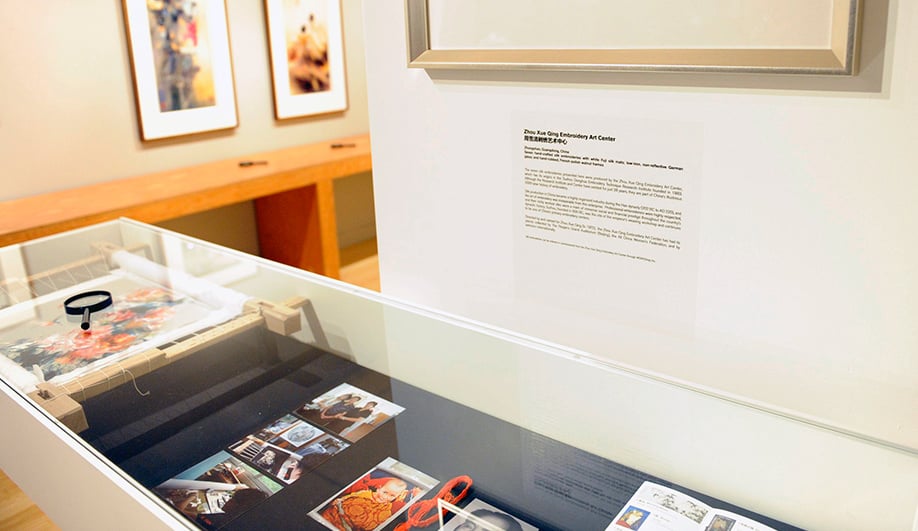 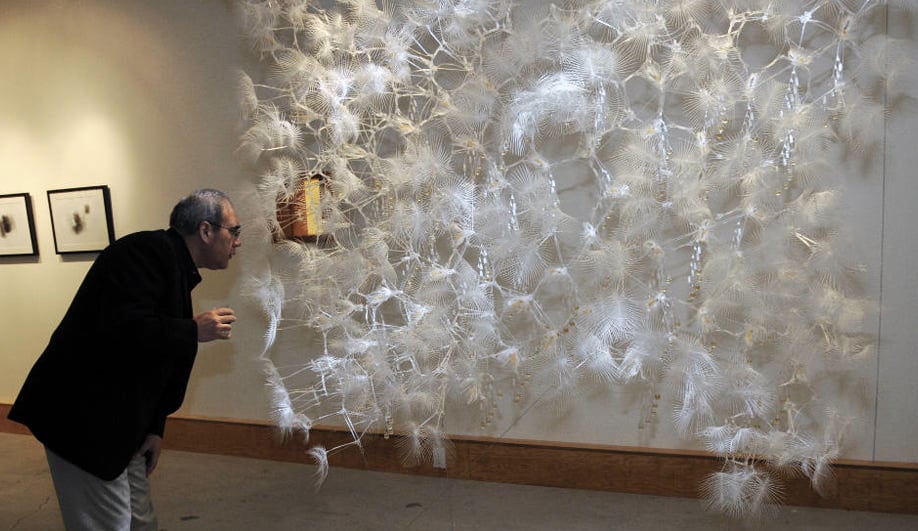 When you first walk into Workshop’s exhibit-cum-retail space, a breathtaking example of traditional Chinese embroidery greets you – complete with magnifying glasses for closer inspection. An exquisite rendering of two birds perched among tree blossoms and six other masterworks hailing from the Zhou XueQing Embroidery Art Center in China represent the starting point for a display on the themes of embroidery, with local architects and designers expanding these motifs into works of their own.

With the exception of one project from Brooklyn (a work of digital embroidery from Specific Objects), unfortunately delayed by Canadian customs at the time of the show’s opening, the contemporary pieces are all created by Toronto practices. No work displays those origins with more pride than that of multimedia artists Steele and Tomczak, whose Street of Heaven recreates the topology of Yonge Street. In map-like accuracy, a line of golden thread runs through the green patchwork of Toronto, Richmond Hill, Aurora and ends in Barrie, Ontario.

Williamson Chong Architects’ Stitches: Interstices explores the depth evoked by a master embroiderer’s ability to portray solid forms using one-dimensional thread on a two-dimensional surface. Their prints – two- and three-dimensional, and even holographic – blur the distinction between flat and spacious. Cloud Brocade, by Philip Beesley, is not unlike the forest-like installation the architect presented at the Venice Architecture Biennale in 2010. The curtain of fronds and filters explores the crossover between embroidery and the delicate patterned structure of his sculptural works.

Two works draw a connection between embroidery and electrical circuits, albeit in very different ways. Hack Lab’s Circuit Stitching recreates the more traditional style found in the works from Suzhou with a twist – HL’s Eric Boyd works LEDs into the floral design. And Imblanky from RAD (a team of instructors from the University of Toronto’s architecture school), patterns soft-tilt sensors into a taffeta blanket to create a beautiful tapestry that relays its movements to a computer, which then recreates the shape in virtual form.