On the ground at Common Ground
Azure’s editor, Nelda Rodger, reports from Venice on the world’s biggest architecture exhibition. 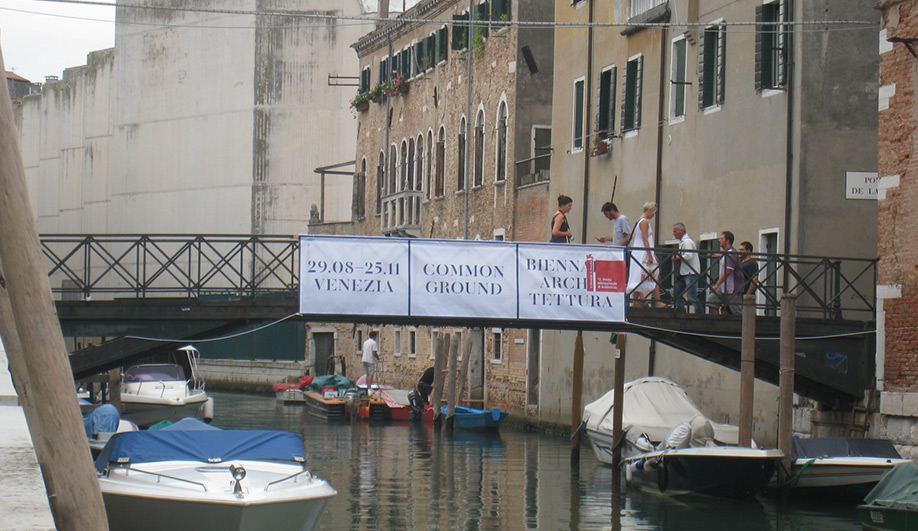 On the ground at Common Ground

Spontaneous Interventions in the U.S. pavilion 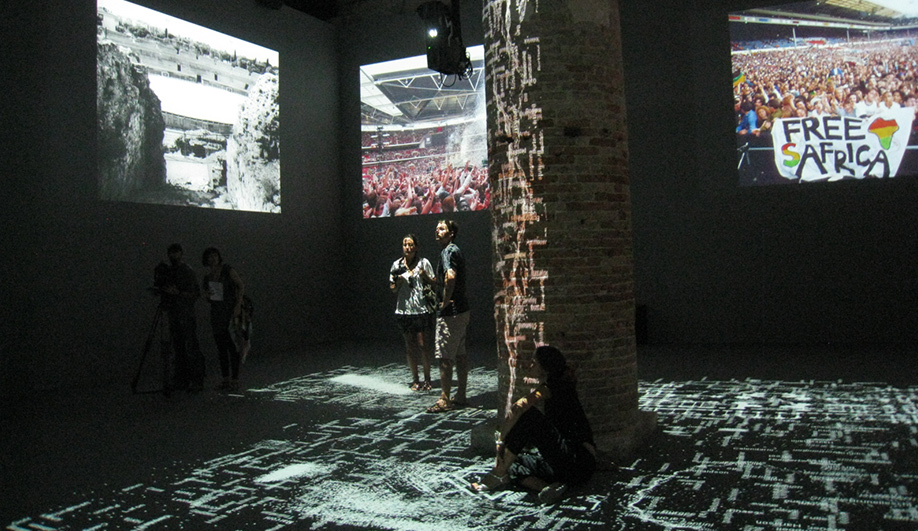 Gateway by Norman Foster with Charles Sandison and Carlos Carcas 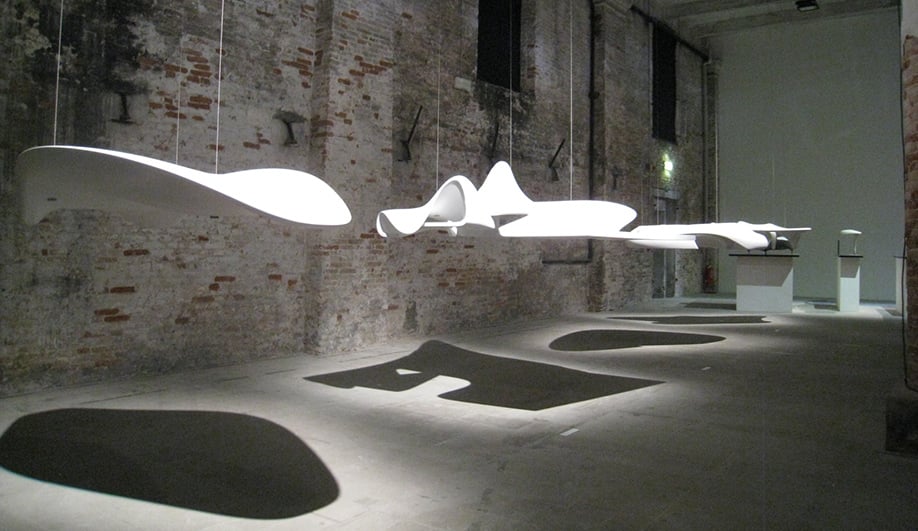 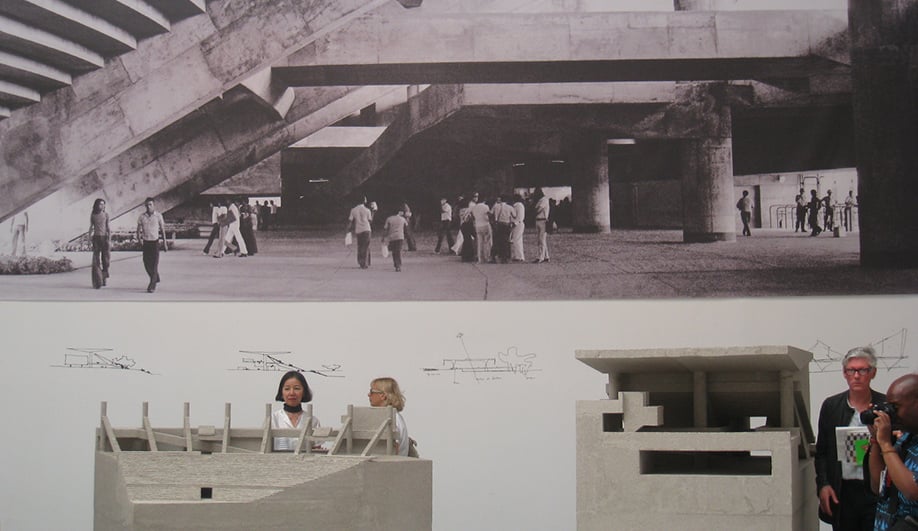 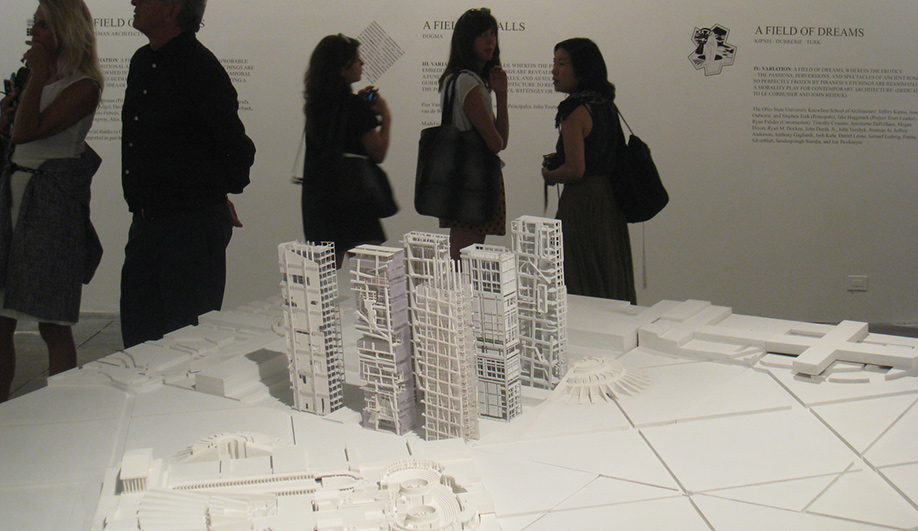 Eisenman Architects’ A Field of Diagarams, one of four variations on Piranesi’s Campo Marzio 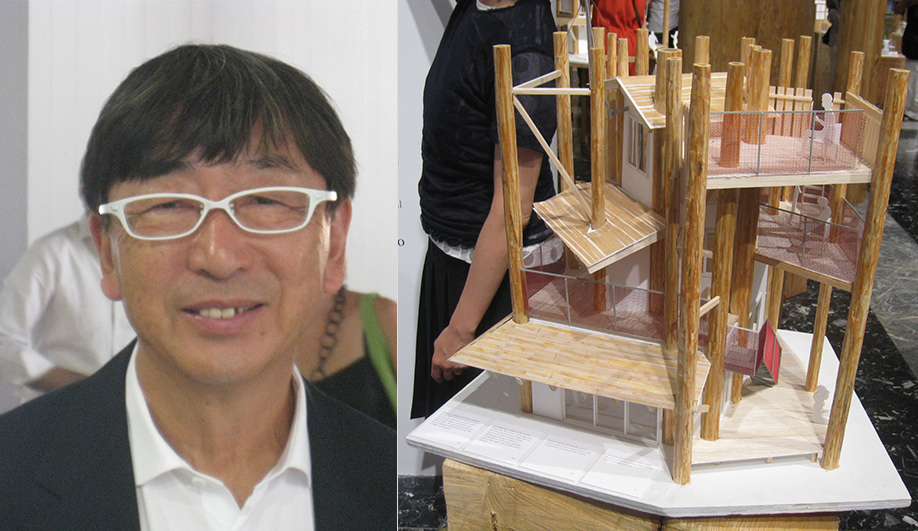 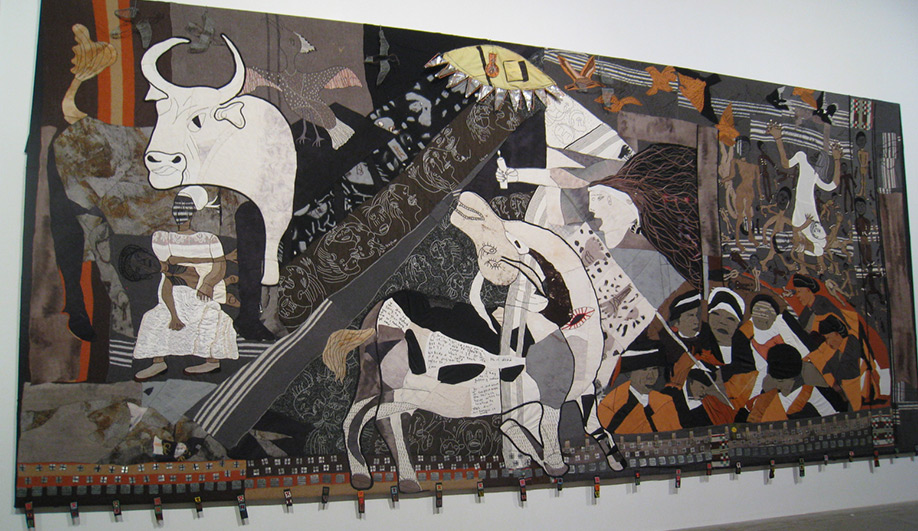 Keiskamma After Guernica, a tapestry created by The Keiskamma Trust Hamburg Women’s Co-operative 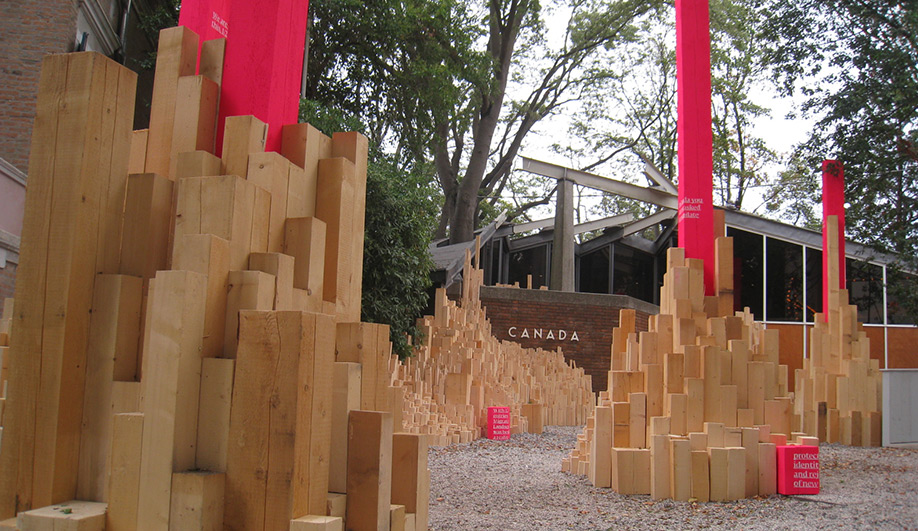 Migrating Landscapes at the Canada pavilion 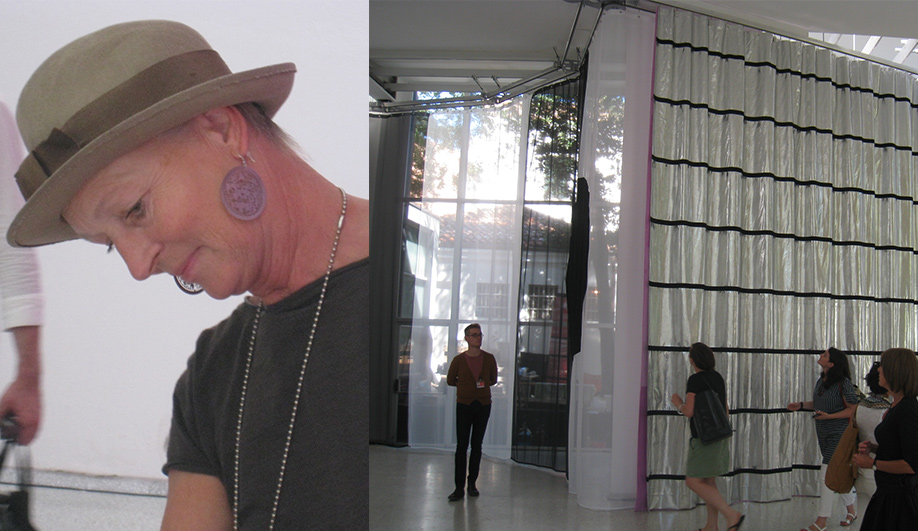 Petra Blaisse and her exhibition, Re-set, in the Netherlands pavilion

Those who need their faith restored in modernism’s social agenda should head to Venice to take in Common Ground, the 13thInternational Architecture Biennale, on until November 25. The only problem is that what they see may not look much like architecture. In fact, on the ground in Venice this year, the definition of architecture is often up for grabs. Building is almost incidental and the focus has been extended to include everything from swimming pools made out of dumpsters – one of the 124 urban interventions for public good explored in the United States pavilion – to a Venezuelan café, the Golden Lion-winning exhibit Torre David by Urban-Think Tank serving up arepas along with a portrait of a derelict 45-storey unfinished office tower in Caracas occupied by hundreds of incredibly resourceful squatters.

The medium is the barrage

Director David Chipperfield’s biennale is surely the most filmic ever. Architecture has long been a willing and winning subject for film and video, but now architects are throwing themselves into it like lemmings and film is occasionally becoming architecture. Take for instance, Norman Foster’s room at the beginning of the Arsenale filled with liquid imagery created together with artist Charles Sandison and filmmaker Carlos Carcas. The proliferation of screens throughout the exhibition enables the transmission of endless information, but the audience’s capacity to absorb remains finite and too often the visual onslaught becomes information overload. In several instances, the iPad is offered as a conduit for projects represented in the digital realm, but the familiar spinning wheel and the remoteness of the experience render it a poor substitute for bricks and mortar. Truth be told, when it comes to architectural exhibitions, models still supply a lot of bang for the buck.

It takes a village

Demonstrating collaboration, a strong social focus and a simple and engaging presentation, Toyo Ito’s exhibition in the Japan pavilion was awarded the Golden Lion for the best national participation. Through multiple models and photos, it traces the history of a project – led by Ito and involving architects Kumiko Inui, Sou Fujimoto and Akihisa Hirata – to design a community “house” in a coastal village for residents displaced by last year’s earthquake and tsunami.

Noero Architects’ involvement with a South African community split by apartheid and devastated by AIDS/HIV is brought into vivid focus through a tapestry made by 50 local women. Based on Picasso’s Guernica and the same size as the famous painting, the tapestry is a memorial to the women of the community who have died of the disease.

The Canadian pavilion scores high for engaging the composite reality of the country through the stories and projects of young architects from coast to coast and its theme of migration is pertinent to a global audience. However, accessing the content of the exhibition requires a focus and determination that in the context of this sprawling show is all but impossible to sustain. The regional exhibitions that curators 5468796 Architecture and Jae-Sung Chon have included as part of their process have a better chance of showcasing the works selected via a Canada-wide competition.

Sometimes the pavilions just want to be alone

A photo exhibition in the Central Pavilion at the Giardini celebrates the 29 national pavilions created over the years – some are true gems, such as the Nordic Countries’ luminous creation by Sverre Fehn and the newly re-built Finnish pavilion by Alvar Aalto. A pared-down experience was elected in a few, including Petra Blaisse’s installation in the Netherlands pavilion, where drapery on a mobilized track reveals and conceals Rietveld’s structure at the same time making of the stage curtain the entire drama. Poland upped the ante and won a special mention by showing nothing at all, simply bringing in and poetically transforming the sounds of its surroundings.