Out Now: The City Issue
In September’s issue, we delve into how cities of today are preparing for the future by using advanced technology to become smarter, more efficient and super green. Plus, our top picks from NYCXDesign and NeoCon, a minimalist’s retreat in rural Portugal, and a crystal clear glass-brick façade by MVRDV. 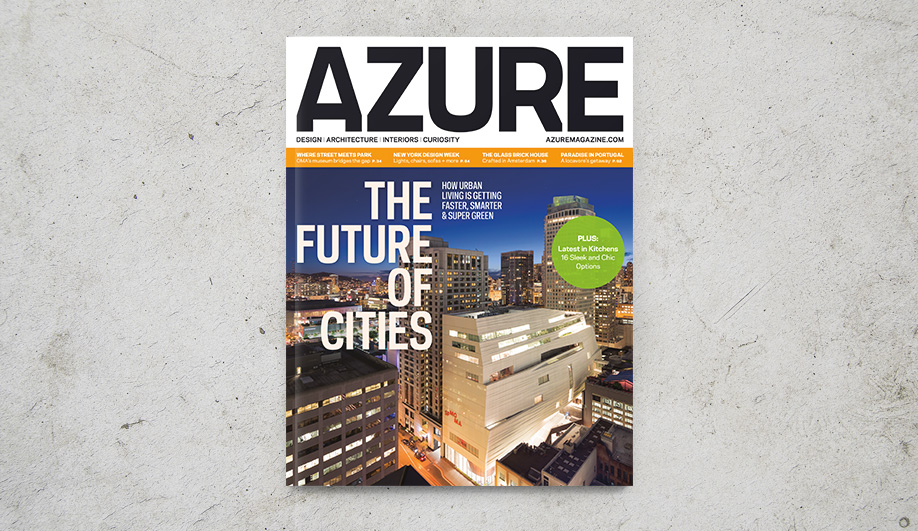 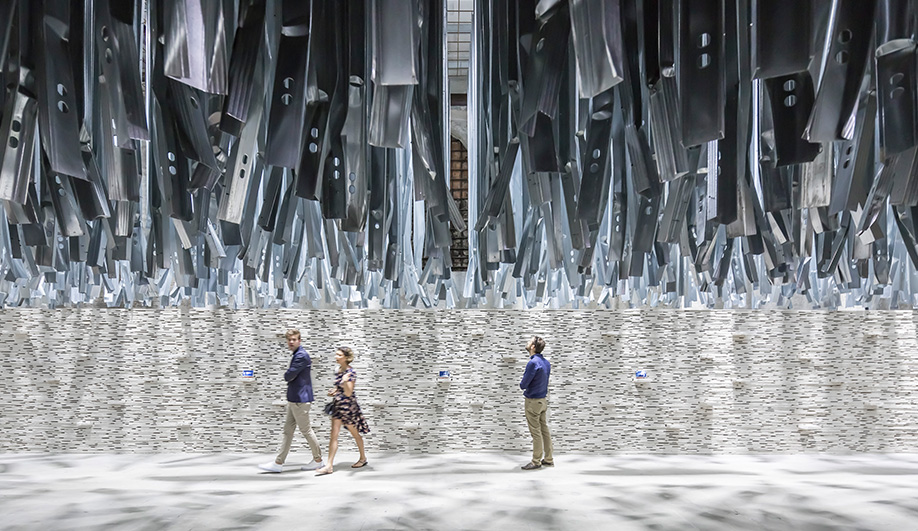 At the 2016 Venice Biennale, the stunning entrance to the Arsenale was made using twisted metal studs and drywall fragments left over from the 2015 art biennale. 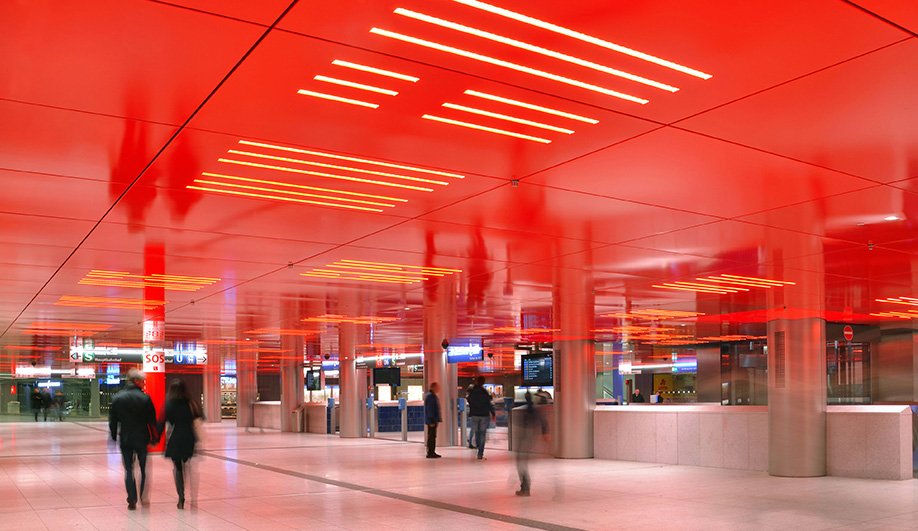 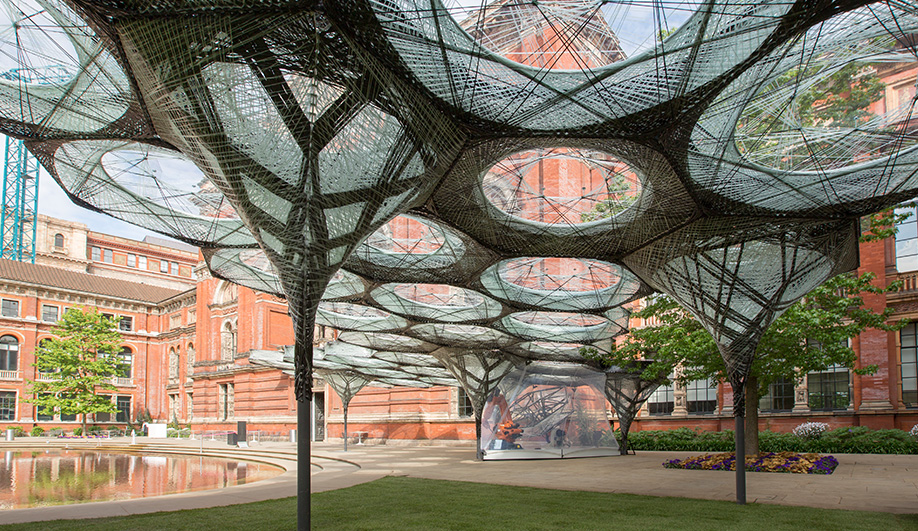 Visitors to the Elytra Filament Pavilion at London’s Victoria and Albert museum can watch a robot weave the carbon-fibre shell (on view until November 6). 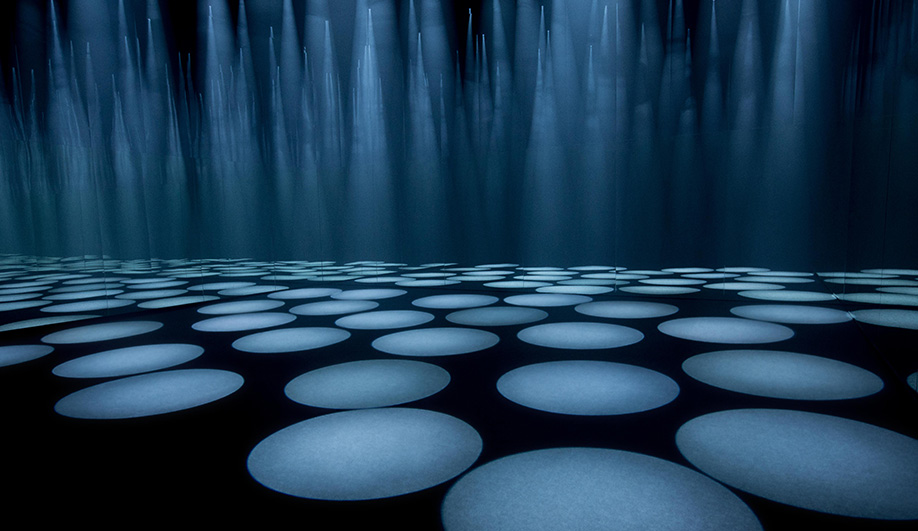 Sou Fujimoto’s moody installation for COS during Milan design week. 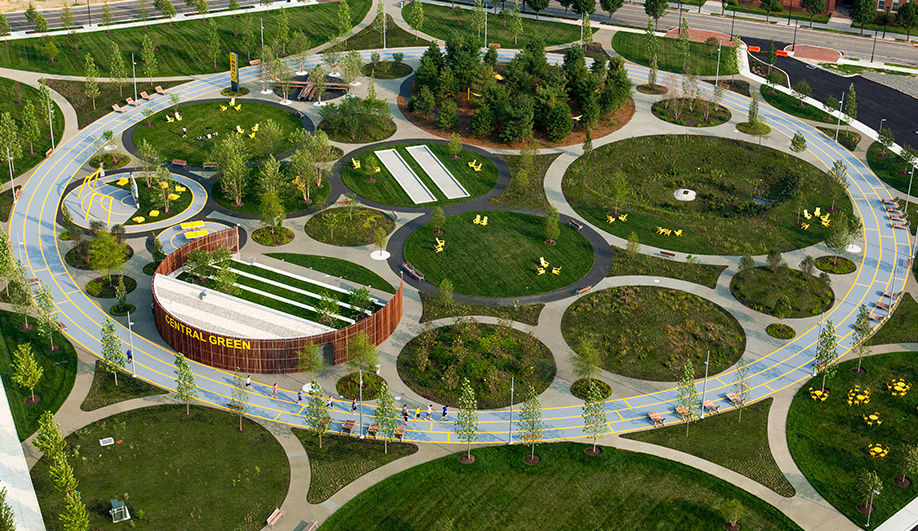 With a walking/running track, lounge areas and spots for lawn sports, Navy Yards Central Green park in Philadelphia encourages nearby offices workers to get outside and play. 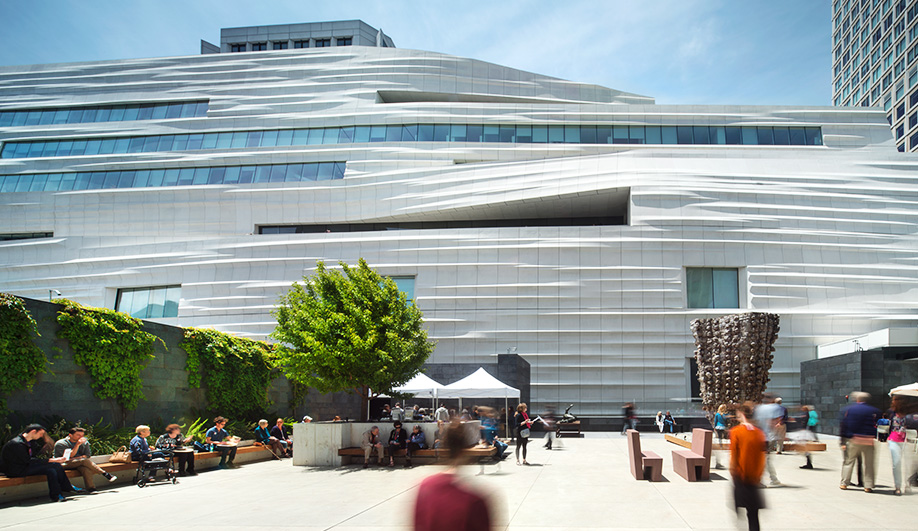 Snøhetta’s expansion of the San Francisco Museum of Modern Art. 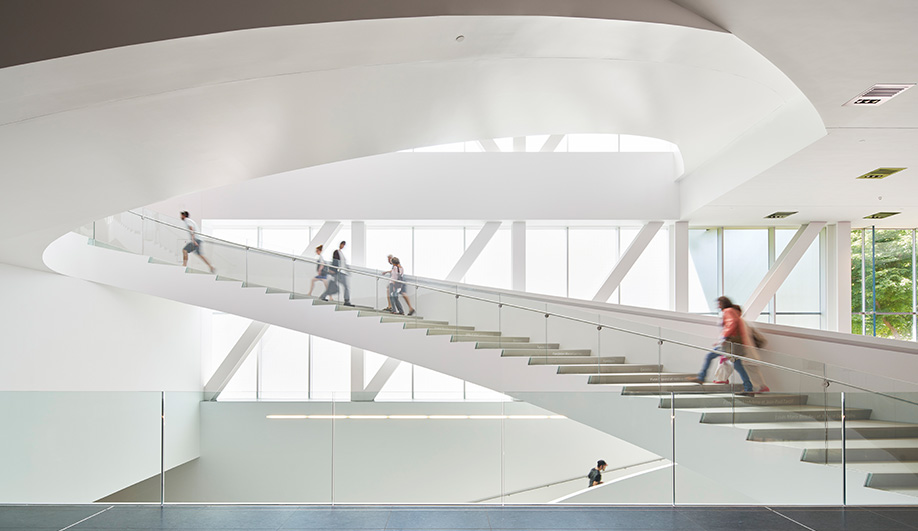 Now on newsstands, this issue of Azure takes a look at 10 ways cities are planning for the future. Whether it’s a subsonic commuter line that connects Montreal to Toronto in less than 30 minutes, off-grid communities that reduce energy consumption while generating electricity, or studying sewage to predict – and potentially prevent – virus and disease outbreaks, a shift is being felt across the globe to make cities run smoother and healthier. We also explore how urban parks and green spaces have moved from an afterthought to an important aspect of urbanization, and a powerful weapon in the fight against extreme weather and climate change.

A healthy and vibrant city always has a strong cultural scene, and in this issue we visit two distinct museums in two different cities. In San Francisco, Snøhetta’s 10-storey addition to the iconic SFMOMA is as visually stunning on the outside as the modern artwork found inside; and in Quebec City, OMA New York and Montreal firm Provencher_Roy deliver an elegant and modest glass-wrapped structure for the new Pierre Lassonde Pavilion at the Musée national des beaux-arts du Québec.

Plus: Our favourite moments from NYCxDesign; the latest in contract furniture and design from NeoCon; MVRDV’s transparent glass-brick façade for a Chanel boutique in Amsterdam; and a hotel in rural Portugal that is a minimalist’s dream retreat.

The September 2016 issue is now available in Canada, and hits U.S. newsstands on August 15. Get yours now: for single copies go to shop.azuremagazine.com; to subscribe, go to azuremagazine.com/getazure.