The Oval Couture Bathtub Brings Upholstery into the Bathroom
A fabric-covered tub designed makes a case for the bathroom’s potential as a place of warmth and comfort. 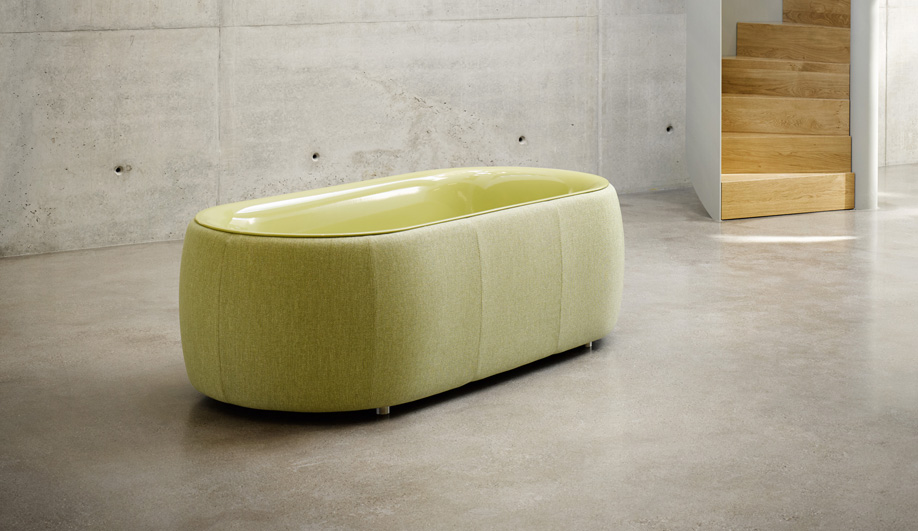 Through prototyping, the tub’s proportions have been refined, and the final design now has less padding than this earlier version. It’s now available in Europe, in four colourways.

Oval Couture, a fabric-covered tub designed by Tessereaux + Partner and manufactured by Bette, makes a case for the bathroom’s potential as a place of warmth and comfort.

The Oval Couture bathtub looks more like a cozy sofa than a conventional soaker – and that’s the idea. “Over the past 10 years, we’ve seen kitchens become more like living rooms,” says German industrial designer Dominik Tesseraux, whose firm Tesseraux + Partner is responsible for the upholstered curiosity. “Now, it’s the bathroom’s turn to shift towards warmer interiors.”

Manufactured by German bath brand Bette, Tesseraux + Partner’s tub is the boldest idea yet from a team dedicated to promoting the lavatory as a place meant not just for grooming, but also reflection. “As the world becomes louder and faster paced, the bathroom is one of the last quiet areas in the house,” Tesseraux says. “It is somewhere to be naked with both your body and your thoughts.” 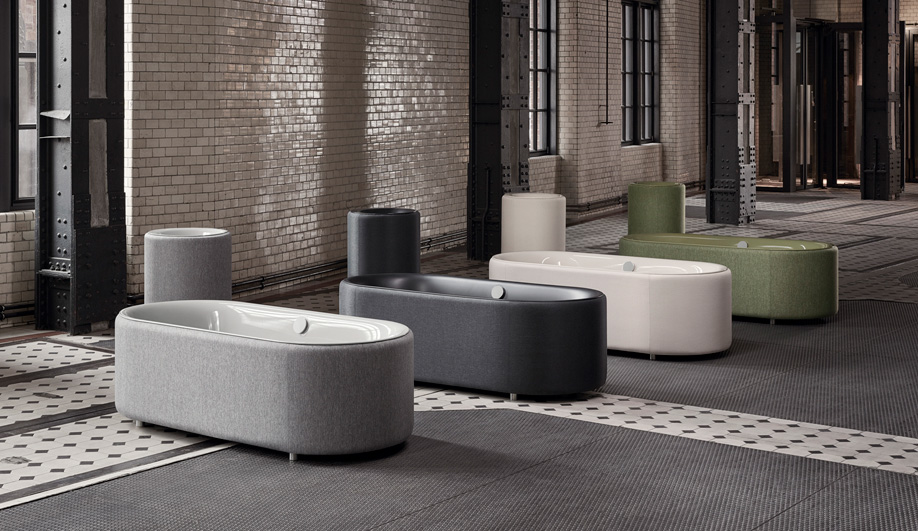 The past creations of Tesseraux + Partner have all propelled the bathroom beyond its clinical trappings. Their BetteOne Relax tub, for example, includes a sloped backrest for more comfortable soaks, and their Edition Lignatur collection of modular components for Keuco, made in co-operation with Team 7, allows for furniture-esque vanities with surface treatments that mimic rich woods and leathers.

But the BetteLux Oval Couture tub goes further by a full leap, employing actual textiles to achieve an even greater degree of sensuality. “It’s inviting,” Tesseraux says. “People want to walk up and touch it.” 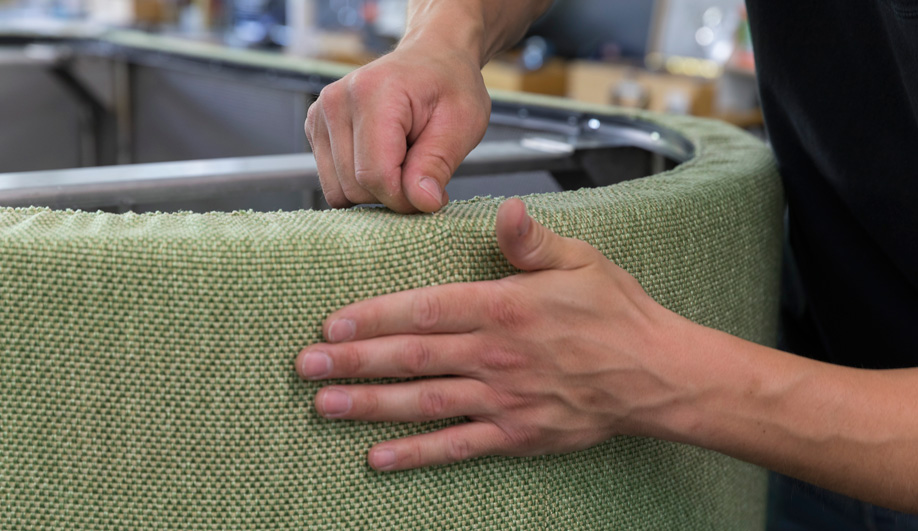 Tesseraux understands that an upholstered tub is still a radical concept. He’s quick to stress though, that the textile industry’s technical expertise makes concerns about mildew unwarranted. The cover is made from a fast-drying, mould-resistant, 100 per cent polyester fabric originally developed by German textile maker Jab Anstoetz for use on outdoor furniture. 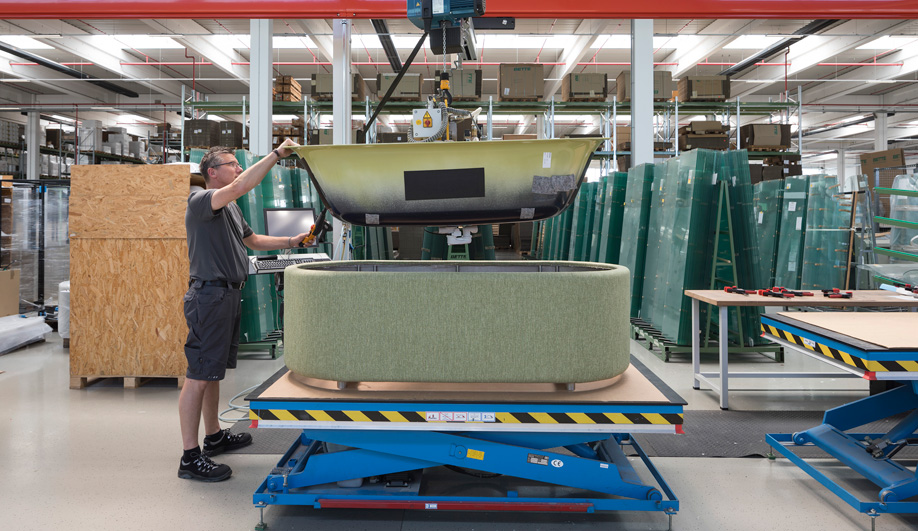 Once stitched together, the seamed coat is pulled over a sheet of foam and sewn into place around a perforated steel frame. An enamelled titanium basin is then lowered inside this blanketed steel shell.

Though the cover is not removable, it can easily be treated with commercial cleaners. “Yes it requires a bit more care, but it has a strong individual character,” Tesseraux says. “It allows the bathroom to deliver entirely new emotions – someone can now feel the same way about a bathtub as they do about a favourite sweater.”