This Parthenon Replica is Made With 100,000 Banned Books
A full-scale Parthenon replica by Marta Minujín, displayed at Germany's documenta 14 art festival, speaks volumes about censorship.

A dictatorship is built on repression, while democracy is built on transparency. Argentinian conceptual artist Marta Minujín articulated this in 1983 when she assembled her first Parthenon of Books on the main thoroughfare of Buenos Aires, marking the end of seven years of military rule. 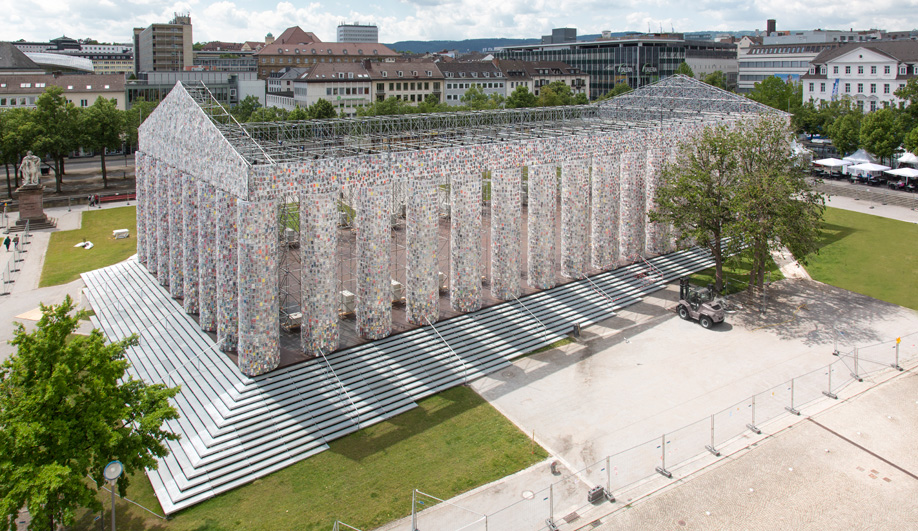 The new iteration of her model of the ancient Greek temple – and modern day symbol of Athens’ democratic political beliefs – was built for this year’s documenta 14 art festival in Kassel, Germany, on a site where Nazi book burnings took place. The walls of this temporary, full-scale replica are lined with 100,000 books taken from a list of 170 titles banned at various times around the world.

From the works of Sigmund Freud and Bertolt Brecht to novels by Salman Rushdie, Stephenie Meyer, and J.K. Rowling, writing – and by association, the imagination – has been considered both a threat to those in power and a crucial demonstration of our freedom of expression. Confiscating books creates walls that restrict our ability to think independently. 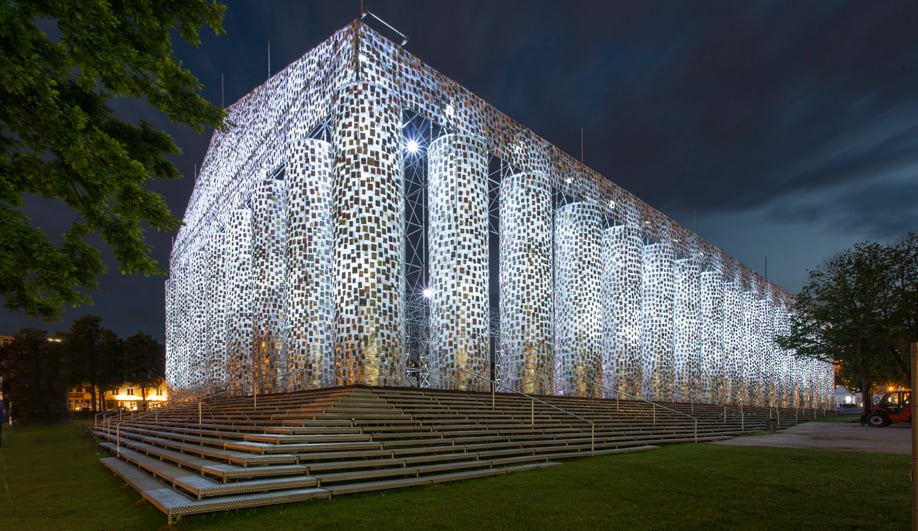 Minujín seals her volumes in clear plastic so that light shines through her empty architecture, revealing what others want hidden. When the time comes to dismantle her temple, the walls are divided and the books distributed to visitors. The Parthenon of Books remains, but it is spread out amongst 100,000 people, each one in possession of a reminder that political repression arises when governments take ideas away. The only resistance is to realize that the just state is built on free thought, not stone.