A Philharmonic Hall Glows in Poland
Barcelona studio Barozzi Veiga erects an illuminated beacon for classical concert performances in the town of Szczecin. 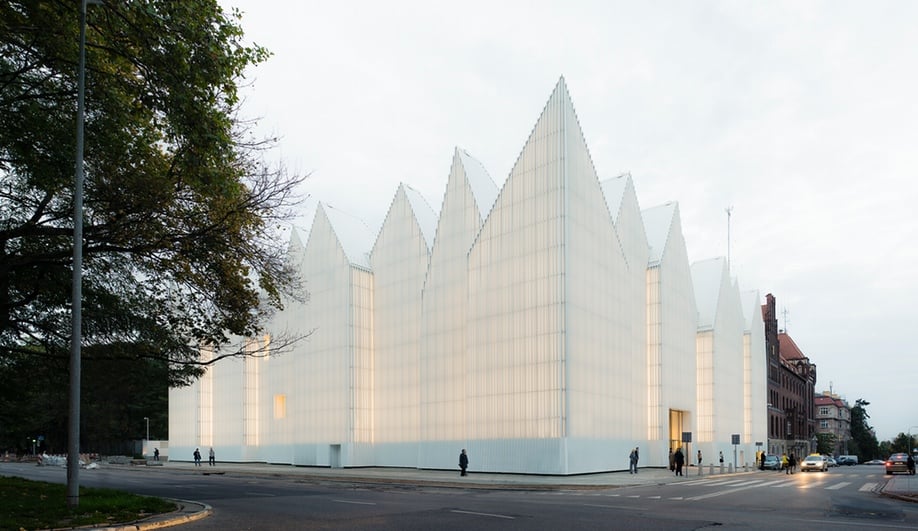 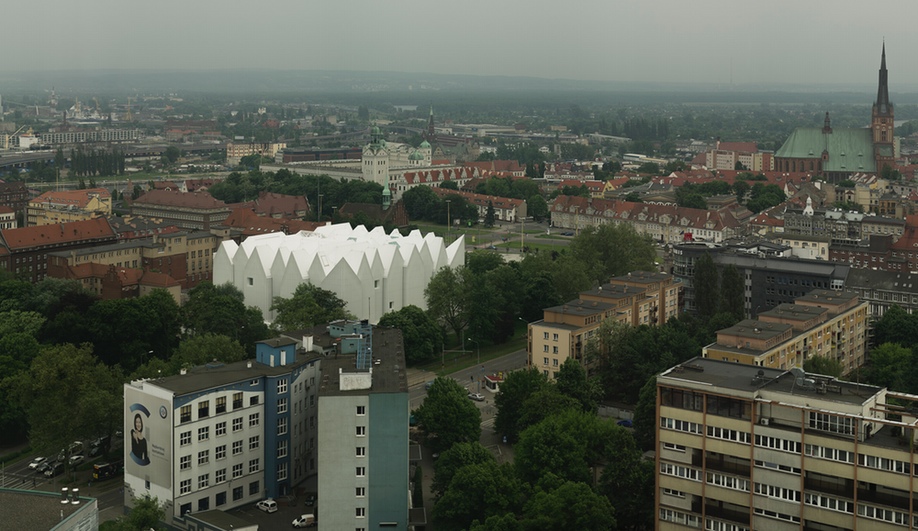 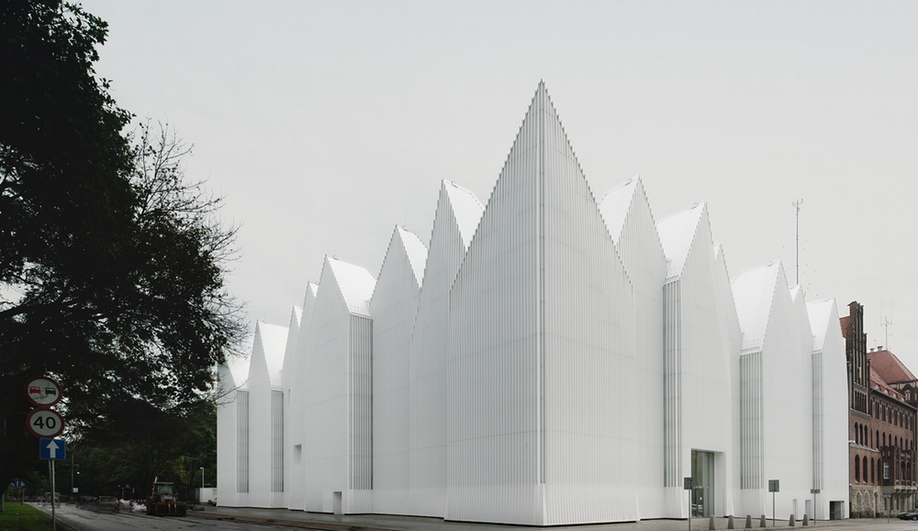 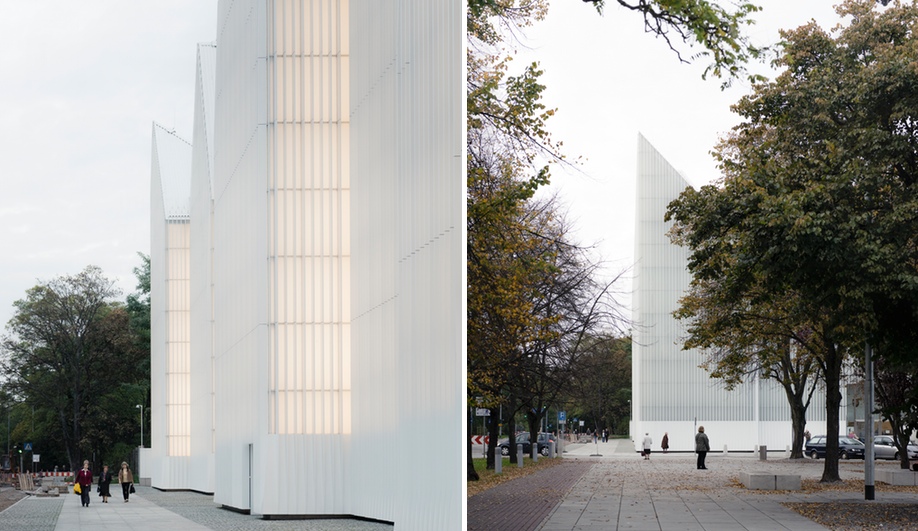 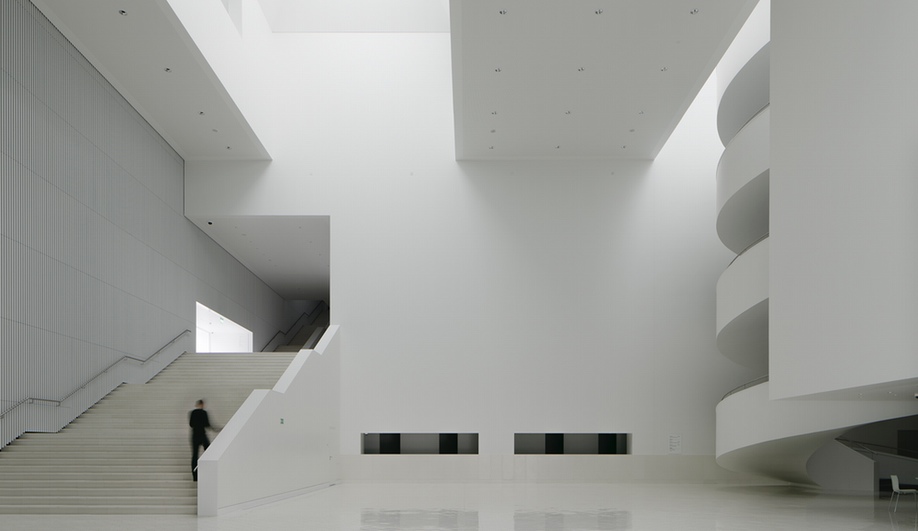 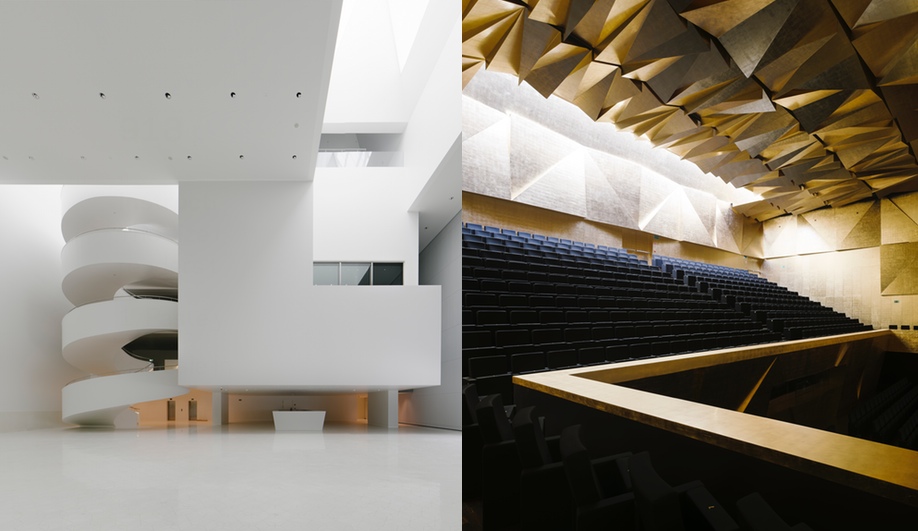 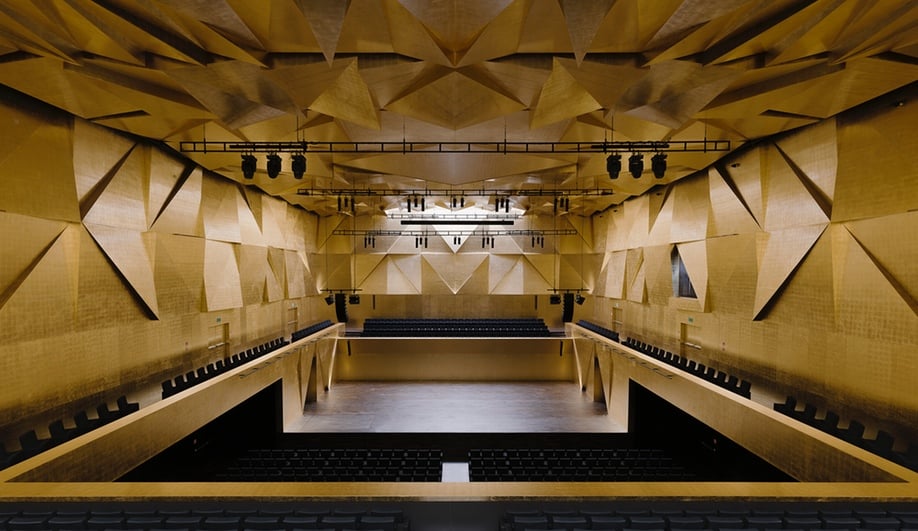 Why are philharmonic halls such contentious and fraught commissions? Last week, French architect Jean Nouvel announced he would boycott the opening of the Philharmonie in Paris – a sculptural mass of jutting angles clad in aluminum tiles – because the city had the temerity to inaugurate the project before it was completed to his satisfaction. Three years late and almost double its original budget, the project opened to mixed reviews. (The Guardian called it “a tyrannical hulk of a thing,” while the New York Times mostly praised the acoustics, engineered in consultation with Marshall Day Acoustics and Duck Scéno.)

In Hamburg, Swiss firm Herzog & de Meuron is still at work on the Elbe concert hall. Another case of ballooning costs, the project is stunning – an old brick building topped with a shimmering glass crown – but its opening date has slid from 2012 all the way to 2017.

It’s a different story in Poland, where Spanish studio Barozzi Veiga recently inaugurated the new Mieczyslaw Karlowicz Philharmonic Hall of Szczecin, on the 3,800-square-metre site of the old Konzerthaus, destroyed during the Second World War. Named after a renowned Polish composer, the project was completed in a matter of six years with a final price tag of €30-million. (Elbephilharmonie, by comparison, will cost about €790-million, though its central auditorium is twice as big, with 2,150 seats).

But the structure is so captivating that efficiency in construction now seems besides the point. Veiled in a double layer of translucent glass illuminated from the inside by LEDs (the curtain wall is by Ferrés Arquitectos y Consultores), the building stands out against its surroundings like a ghostly-white mountain range during the day. At night it glows like a lantern. The cladding on the serrated roof is modulated over various spaces, optimizing acoustics and thermal insulation in key areas.

Inside, the white palette continues through the promenade – the path connecting all the spaces, including the symphony hall (which seats 1,000) and the chamber music hall (with a capacity for 200). In the main concert space, the wall modules, finished in gold-leaf, are arranged according to the Fibonacci sequence – the farther away from the stage, the more fragmented their appearance – merging science and art for a fine-tuned composition.