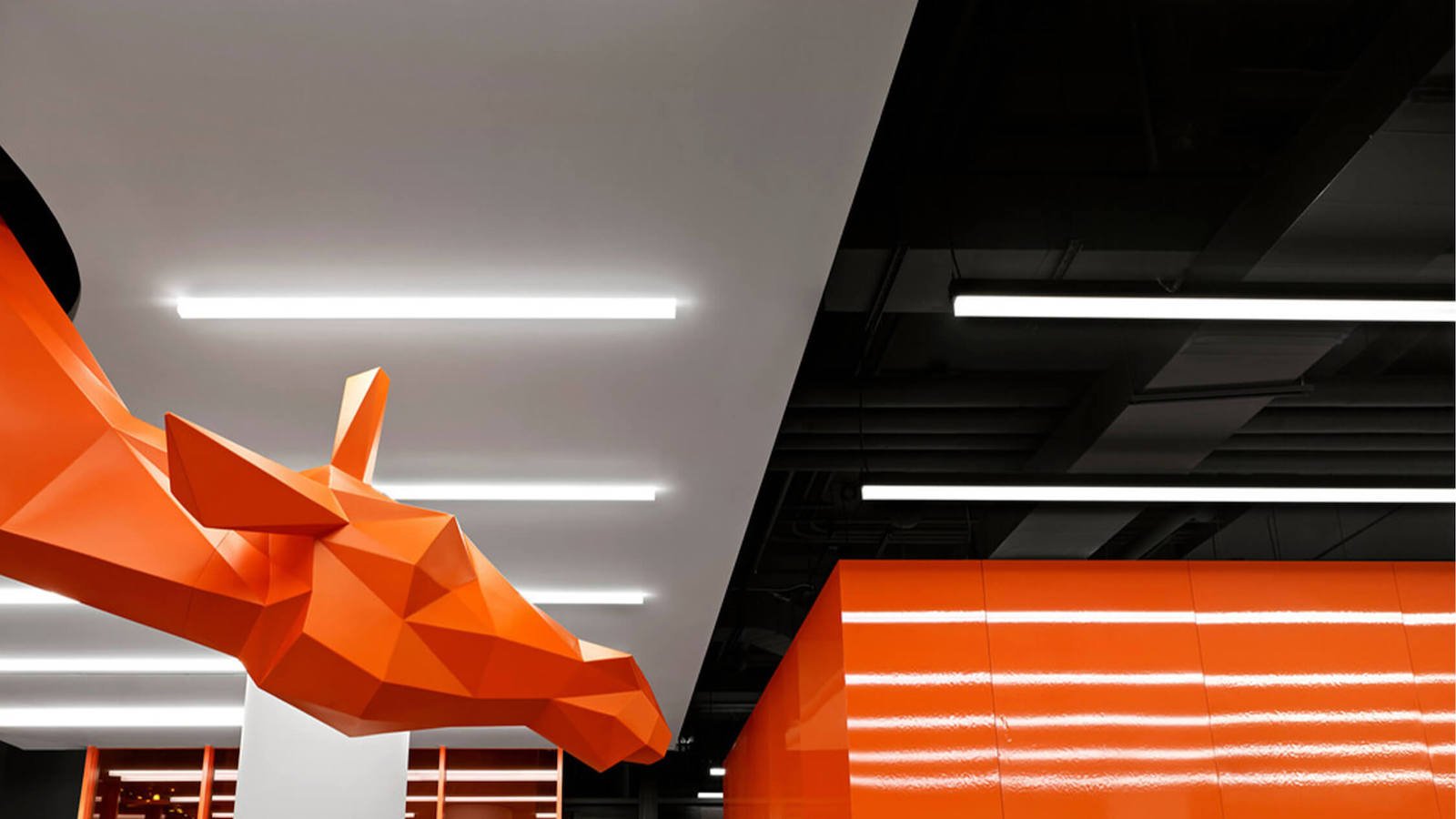 In the children’s section, a geometrically sculpted, life-size giraffe cranes its head down from the ceiling. The whimsical installation – in signature Joe Fresh orange – is the focal point of a retail space that deftly caters to both kids and adults with astute aesthetic cohesion.

In this way, the Canadian fashion chain’s new flagship in downtown Toronto is at once exuberant and elegant. Designed by internationally acclaimed local studio Burdifilek, the almost 600-square-metre space leverages a simple palette of materials to foster a powerful sense of place and an unmistakable brand identity.

Finishes in sleek orange go a long way to give the store its bright, energetic ambiance: The brand’s vivid signature colour is a defining feature, at once demarcating discrete zones – dedicated to men’s, women’s and children’s clothing – and asserting a sense of visual unity.

The brightly lacquered volumes, for instance, serve multiple purposes despite their uniform appearance. They are smartly configured to conceal both fitting rooms and back-of-house uses (such as the stock room and employee areas). And in the kid’s area, the showpiece giraffe sculpture also contours the room toward the little ones, emerging from the ceiling to meet a smaller human scale.

A lighting program of linear fluorescent fixtures underlines the sense of three distinct zones, with the grid of lights subtly guiding shoppers through the store – and emphasizing the giraffe. 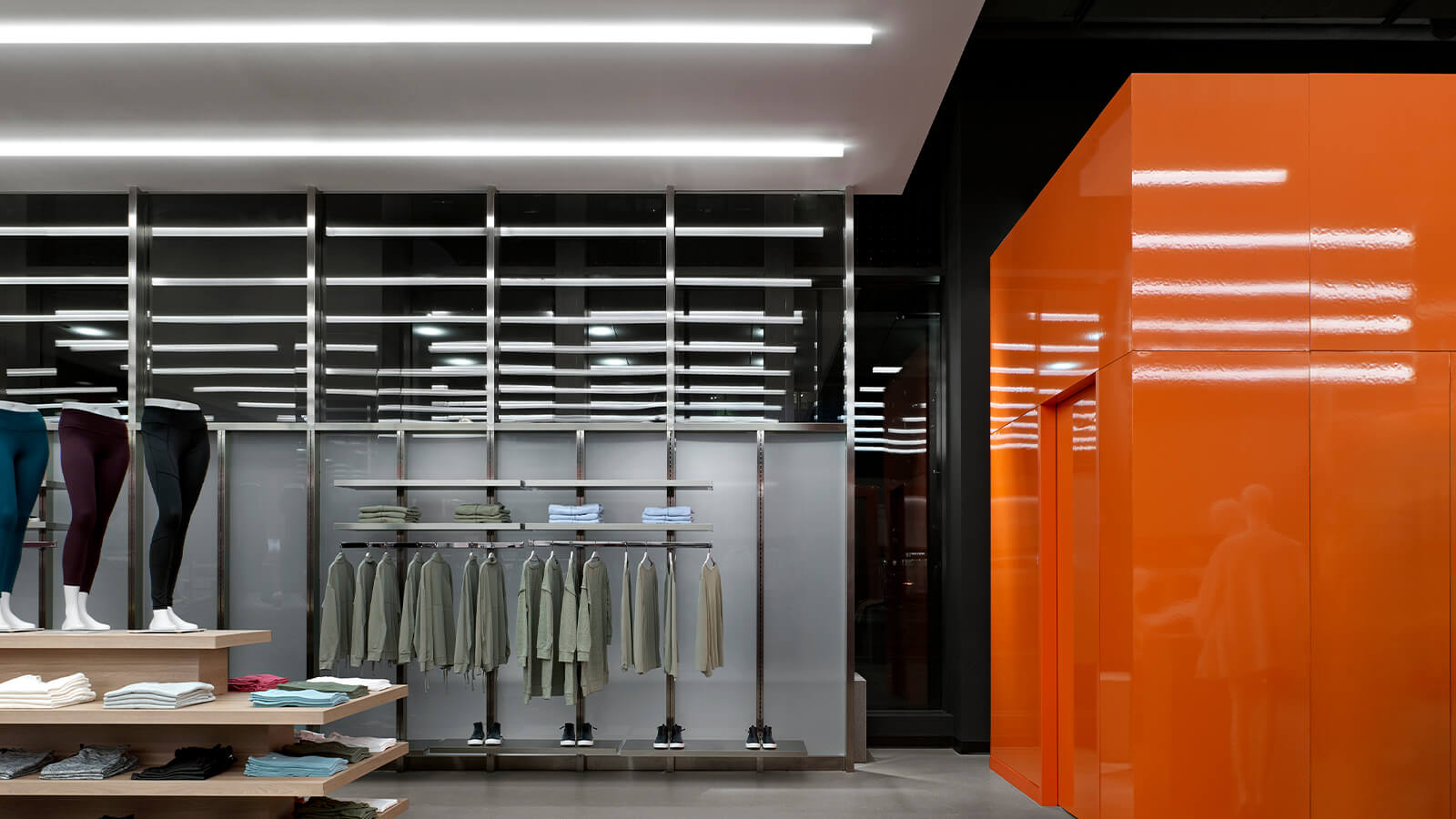 “The design strategy was to create a distinctive look and feel with one bold stroke,” says Diego Burdi, creative director and founding partner at Burdifilek. “A strong move sending a clear message, providing a point of memory for the shopper while offering a powerful interior.”

But it’s not all orange. Burdifilek’s design skilfully balances the attention-grabbing high-gloss hue with more muted, textured complements. The grey rubber flooring that spans much of the space extends up to create simple display pedestals, while also framing the walls of the women’s section with a soft, quietly luxurious character.

Throughout the store, oversized displays finished in blonde-wood laminate are another soothing, organic counterpoint to the vibrant Joe Fresh orange. The material also clads the walls of the men’s section to introduce another distinct identity.

While Joe Fresh orange forms the store’s visual signature, the balance of understated and exuberant design elements elevates the space into a gracefully cohesive whole. Burdifilek’s careful, considered approach emphasizes the affordable brand’s identity without overwhelming the senses. The result is a space that feels friendly and cheerful but never cheap.