Playhouse Proud in Vancouver
Office of McFarlane Biggar constructs a jungle gym for little tykes that also highlights how to build sustainably with wood. 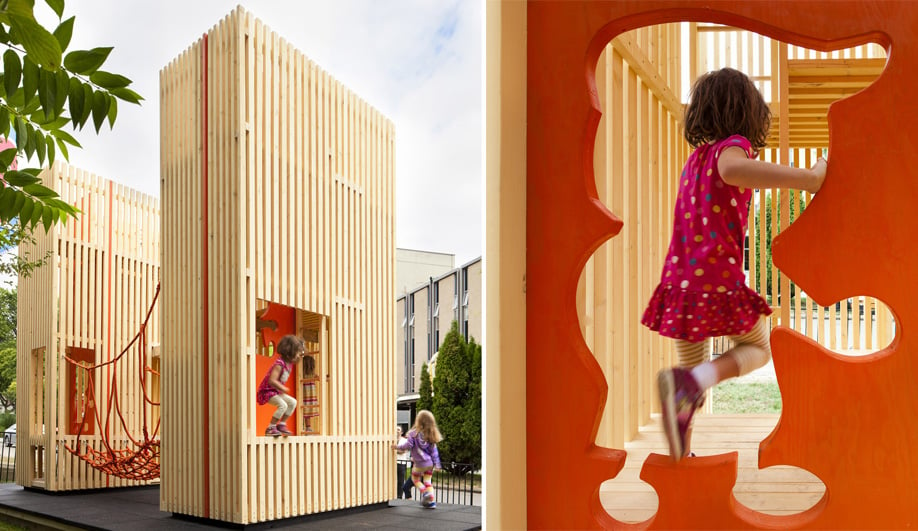 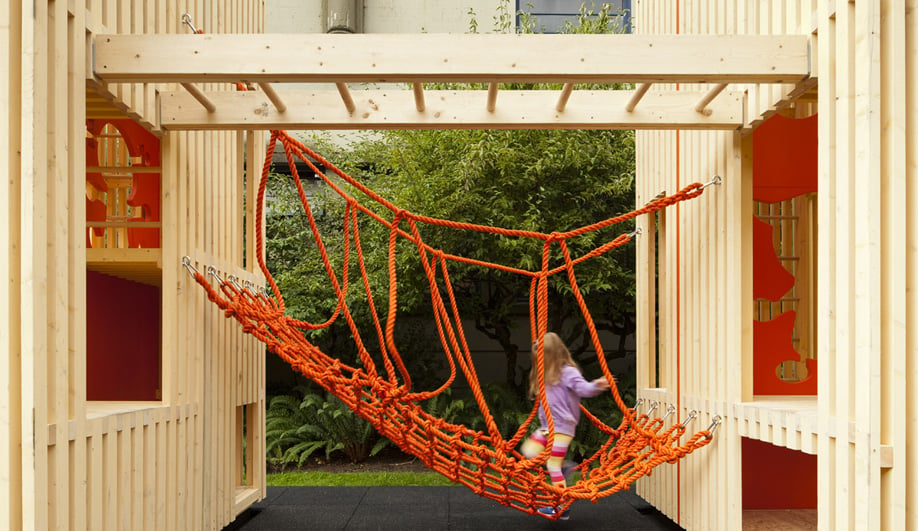 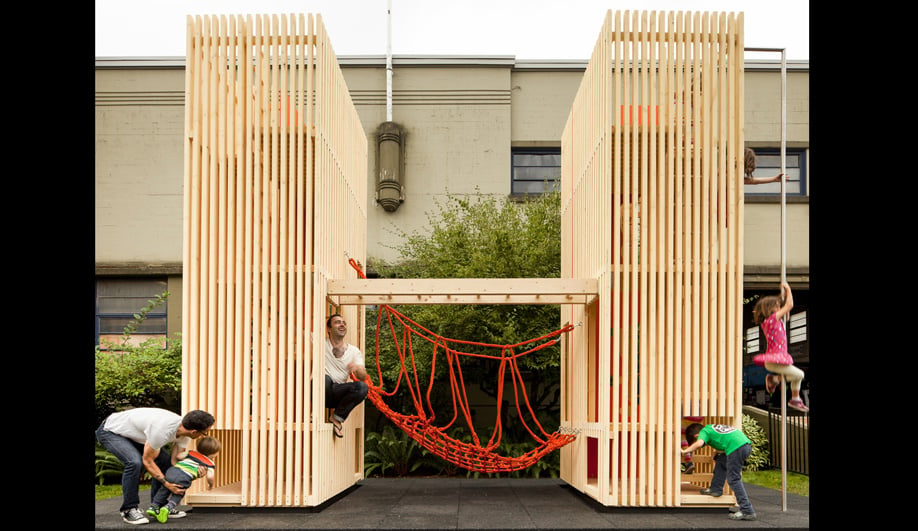 Called Sam + Pam, the two-metre by two-metre twin structure is made entirely out of spruce-pine-fir (the softwood combo known as SPF), protected from the elements with a clear varnish. Inside the slatted three-storey towers, the firm installed ladders for climbing up to various perches, and inserted large, bright-orange cut-outs of animated characters as dividers between the nooks.

Kids can clamber through the multiple entrances (some of which also serve as ledges for supervising adults) connected by a rope bridge and monkey bars. Outside one of the towers, a fireman pole slide offers another escape route.

Sam + Pam is one of six abodes built for the Playhouse Challenge, an initiative by sustainable wood-product manufacturer Canfor that teams architects with builders to erect unconventional playhouses. The structures are eventually donated to communities and charities throughout British Columbia. This year’s participants include DA Architects + Planners, which devised a space shuttle hangout; and Lanefab, which erected a forest-inspired chamber.