On Now: A Politically Charged Fashion Show in Toronto
Filled with dramatic runway looks, shocking protest-wear and garments worn by political figures as diverse as JFK and RuPaul, the Politics of Fashion exhibition on view at Toronto's Design Exchange explores how fashion has been used as a tool for expression.

If the devil wears Prada, the climate change activist wears Vivienne Westwood. Looking at smocks from the British designer’s 2012 Climate Revolution collection – a warning about what could happen if we don’t reduce our carbon emissions – it’s clear she considers far more than just fit and material while envisioning her clothing. Westwood’s post-apocalyptic garments are some of the more than 200 thought-provoking works featured in the Design Exchange’s new Politics of Fashion | Fashion of Politics exhibit. Other featured designers – Jean-Paul Gaultier, Alexander McQueen and Rad Hourani, to name a few – use fashion to engage with hot-button topics like race, gender, class and sexuality. The takeaway: trends may come and go, but expressing yourself is always in vogue. 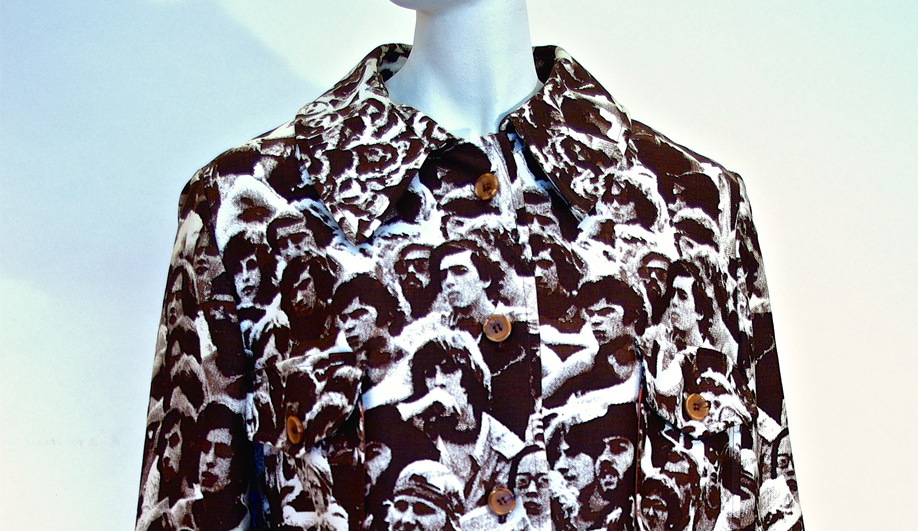 Co-curated by Jeanne Beker of Fashion Television fame and Design Exchange curator Sara Nickleson, the show opens with a shot of a 17-year-old Beker dancing onstage in a yellow bikini at a 1969 Ronnie Hawkins concert. Shaped by the fashion journalist’s experience growing up during the progressive Swinging Sixties, Politics of Fashion summarizes major cultural shifts that have occurred over the past five decades with a few choice pieces, like once-provocative dresses from the miniskirt revolution and a jumpsuit printed with photos of Woodstock revelers. 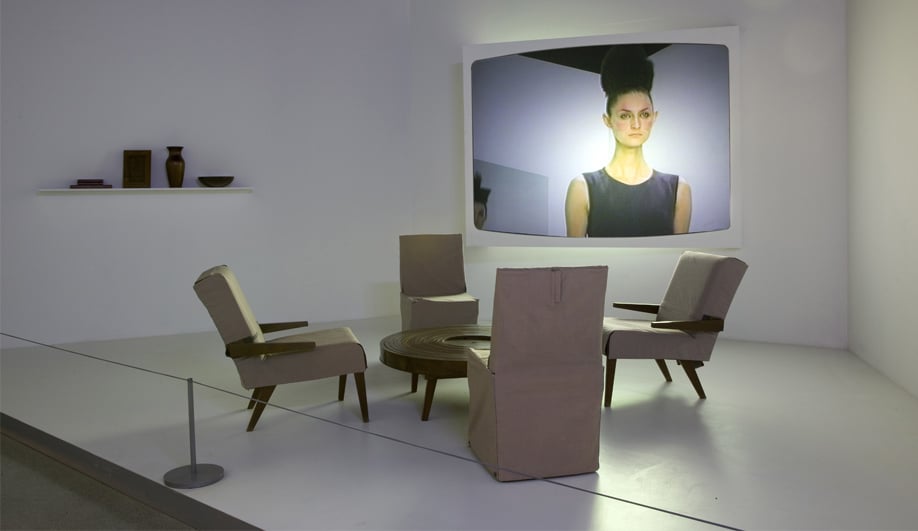 A major standout: an area dedicated to Hussein Chalayan’s Fall 2000 collection, which explores the idea of displacement during war. Set up in a corner of the show, four chairs and a coffee table sit in a living room vignette. A video on the wall shows models slowly revealing that each piece of furniture in fact transforms into clothing. Slip-covers unzip to become dresses, wooden chair frames fold up into suitcases, and the circular mahogany coffee table becomes a billowing wood skirt.

Another attention-grabbing display features looks by American designer Jeremy Scott. While designers like Chalayan and Westwood are very intentional with their statements, Scott engages politics more playfully – and courts controversy in the process. The sequined, leopard-print burqa in his Spring 2013 collection, for example, reflects his desire to riff on the popular “Arab Spring” moniker being used in the media at the time. 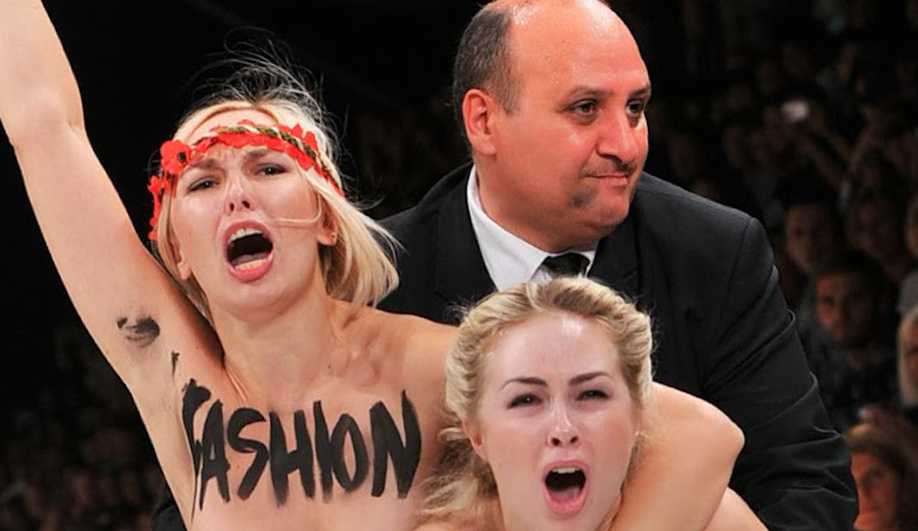 The bulk of Politics of Fashion is devoted to ready-to-wear garments produced by high-end fashion labels, but the show also gives space to groups who boycott industry practices like the use of fur or the exploitation of women. In fact, exhibition designer Jeremy Laing says his vision for the show environment – defined most dramatically by white-painted windows – was influenced by the crude guerilla aesthetic seen in the work of activist organizations like PETA and FEMEN. 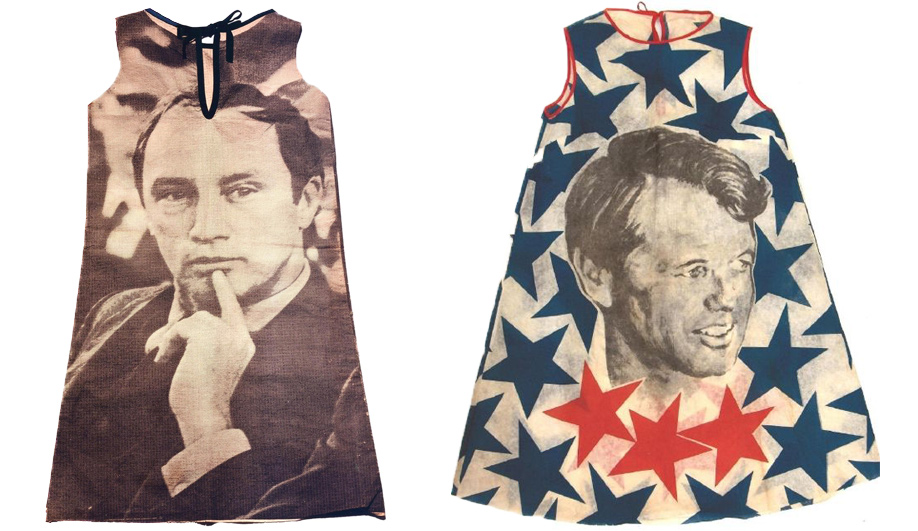 Elsewhere, a room dedicated to politicians discusses how figures like John F. Kennedy defined their own distinct styles as part of their brands. Pierre Elliot Trudeau’s signature swagger is captured by a mannequin dressed in a Canadian tuxedo once worn by the former Prime Minister. The “mania” he inspired is evident from another garment on display: Before the 1968 election, his supporters advertised their allegiance by wearing trendy paper dresses emblazoned with his face. A framed version takes its place on a wall beside similar dresses created for Nixon and JFK’s campaigns. Each dress could be worn about 10 times – just enough to get a message across.

Politics of Fashion | Fashion of Politics is on at Toronto’s Design Exchange until January 25.