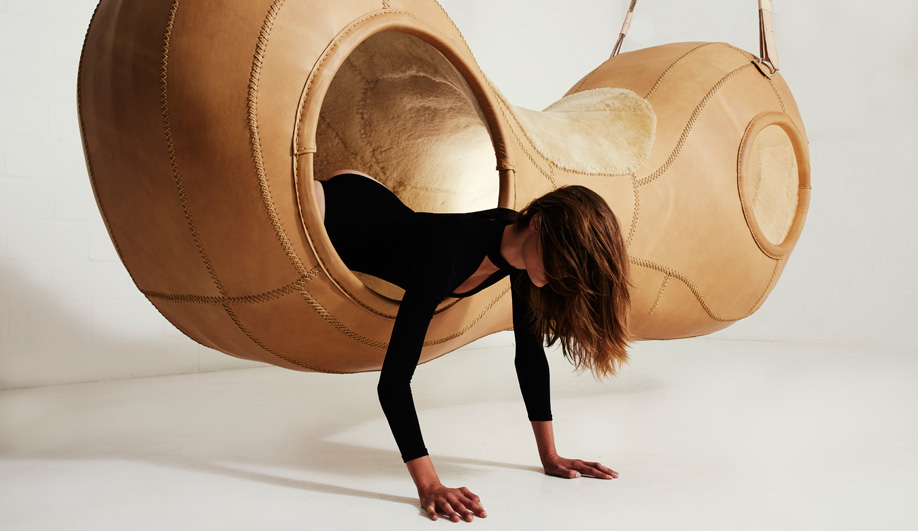 On show in his homeland after touring the globe, South African Porky Hefer’s immersive cocoons provide users respite from a hectic world.

“They are their own little islands of utopia,” Porky Hefer says of his human-scale nests and pods, which look more like giant birds’ nests or life-size shells than immersive hideaway spaces in which people can escape a hectic, overstimulated world. 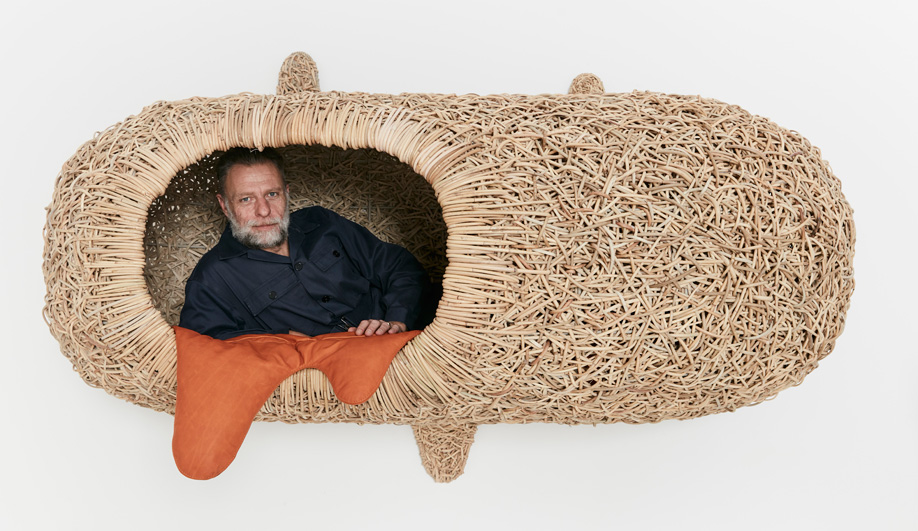 Hefer reclines in one of his wall-mounted, human-size “nests” woven from kubu cane.

“The fact that the pieces are suspended provides a unique sensation,” Hefer explains. “You are not rooted to the ground but rather floating in space. The sensation has been likened to that of being back in the womb. It blocks you off from the world and protects you. It is never static and is continually rocking. It’s almost like going back to the beginning, giving one a chance to do things differently.” 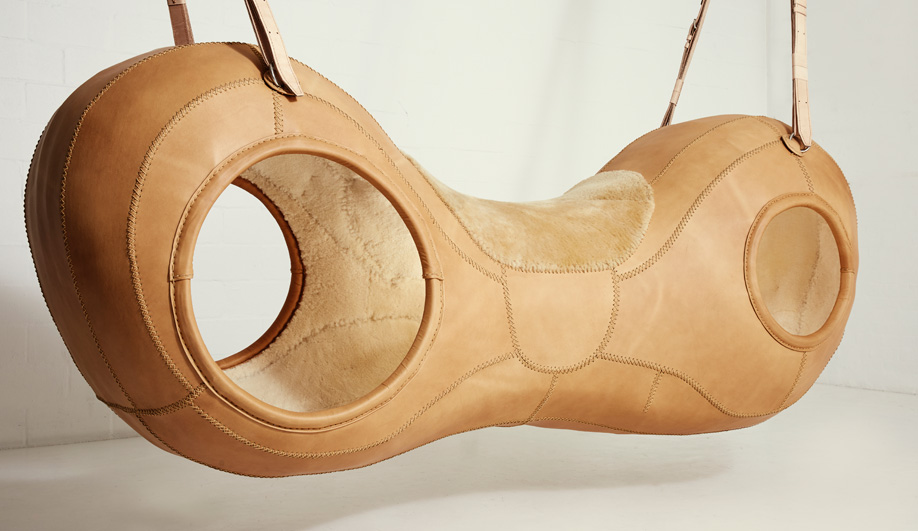 Many of Hefer’s leather works are handmade by Cape Town leather merchants Woodheads.

The pods, like most of Hefer’s work, are inspired by the natural world and his childhood in South Africa. His father, who was involved with agriculture, took the family around the continent to various game farms, including one that bred ostriches. Animals are recurring motifs, reimagined through Hefer’s quirky lens. 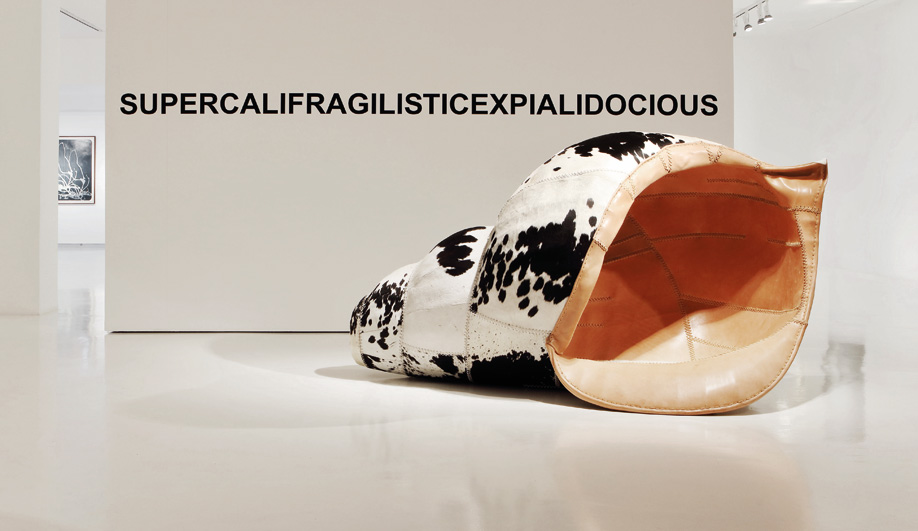 After making the rounds at a number of global design shows and galleries – including the 2016 Design Biennale in London and a solo show earlier this year at R & Company in New York – a series of Hefer’s works, both familiar and new, is being shown in a solo exhibition, supercalifragilisticexpialidocious, in Hefer’s home country. Included in the show, at the Southern Guild gallery in Johannesburg until November 4, is a suspended black leather fish nest with a cushioned interior, a sleeping pod shaped like a mud dauber (a type of wasp) and an oversized hermit-crab shell that is lined with leather, clad in cowhide and sits on the floor. From the initial sketches to the welded steel frames and cladding, each piece is made by hand. Hefer draws several iterations of his designs from different perspectives, then employs local artisans who practice traditional crafting techniques to realize his vision.

“I find it so much easier reasoning with grumpy human beings than a frozen Mac,” he says. “Give me people any day.”